Mexican studio Esrawe has designed a bar in the most important entertainment destination in Mexico City — Auditorio Nacional or National Auditorium, a postmodern building on Paseo de la Reforma. The building, designed by the architect Teodoro Gonzalez de León, reflects the strength, expression and monumentality characteristic of his work. 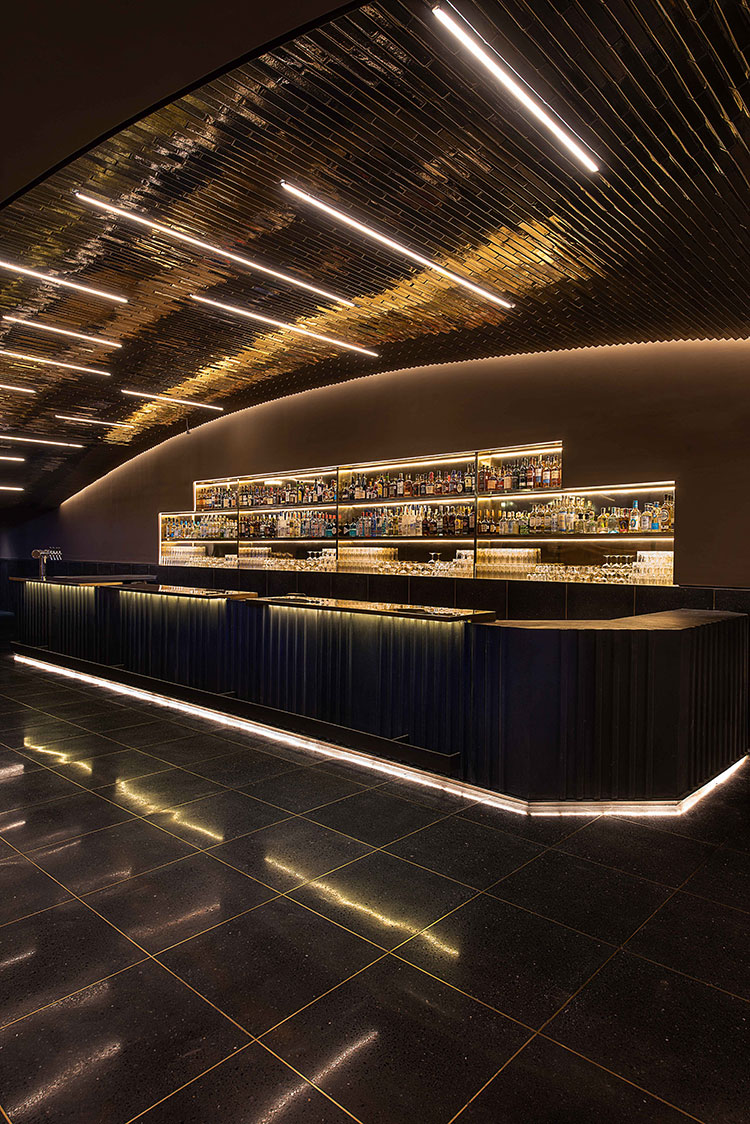 The bar is located in an underground space roofed by a staircase, and has a special character due to its curved shape. Three resounding gestures of pure and simple geometry make up the space; the arch-shaped ceiling, the striated concrete bar with rational expression and finally the brass counter-bar.

The project has a timeless character, and a neutral chromatic contrast where the reflections of the ceiling created from the repetition of an artisan piece of enameled ceramic with a copper tone. This piece was designed especially for the coating of the vault. 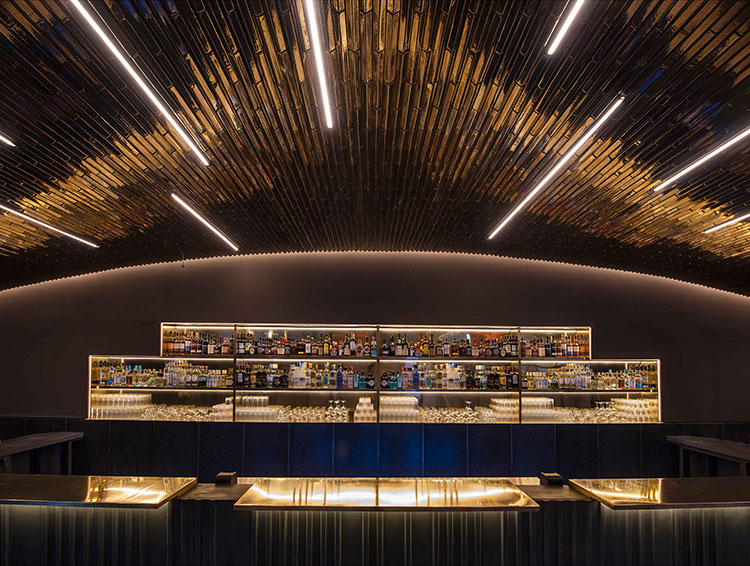 Lighting is installed in the shelving recesses, as well as along the base of the bar and in thin strips along the ceiling. Dark walls and floor tiles add to the moody atmosphere, and allow the light features to stand out.

The building’s existing architectural features are also incorporated into the design. “Two large circular columns that support the staircase are integrated and reflect the rough expression present in the materiality of the enclosure,” said Esrawe. 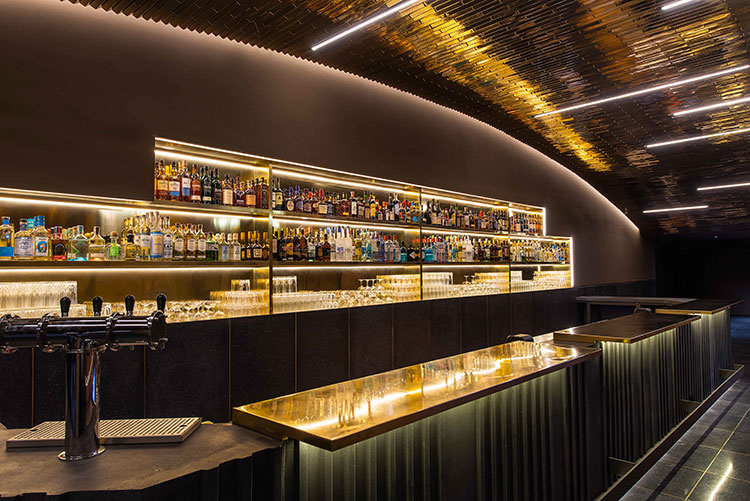 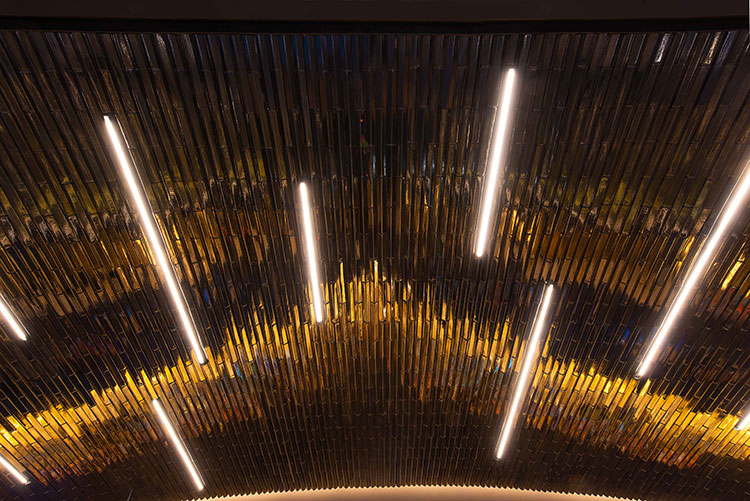 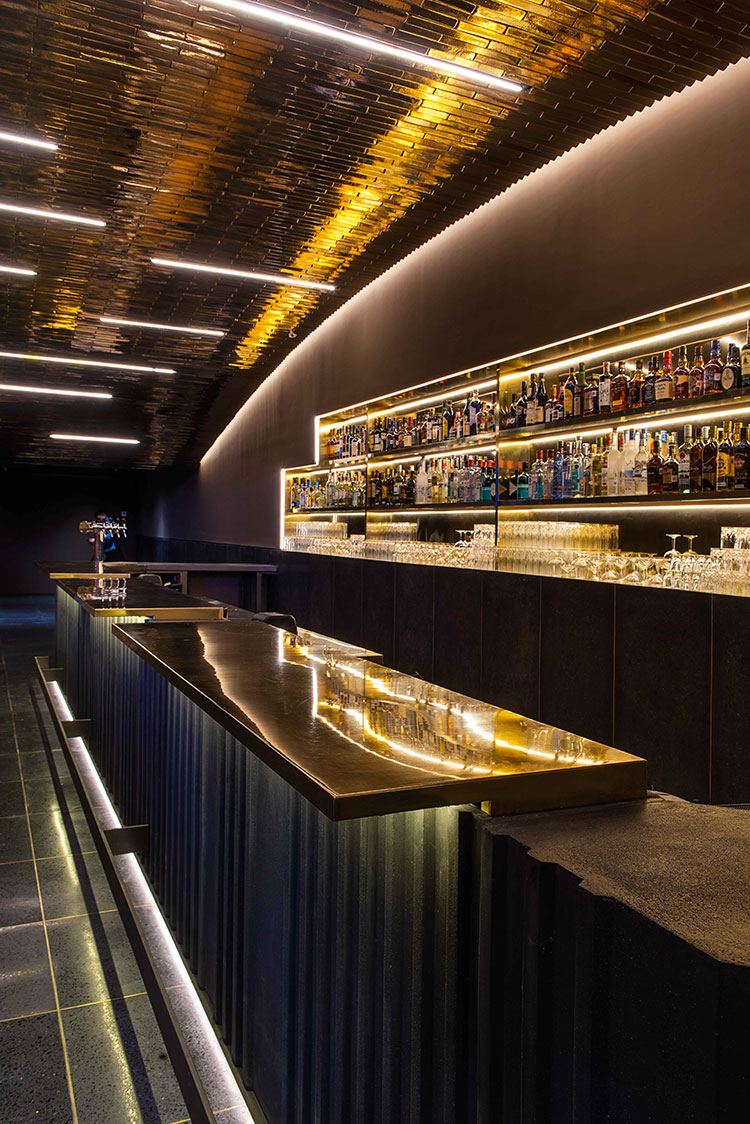