Milan-based creative office Studiopepe has recently designed the post-modernism inspired interiors of Cafezal, a Brazilian-Italian micro-roastery and coffee shop. Cafezal – in Portuguese “the coffee plantation” –, is a new Milanese brand of specialty coffee, which took the challenge to be one of the “front-companies” in Italy on this market, opening Milan’s first micro-roastery boutique on Via Solferino in the heart of Milan’s buzzing Brera district. 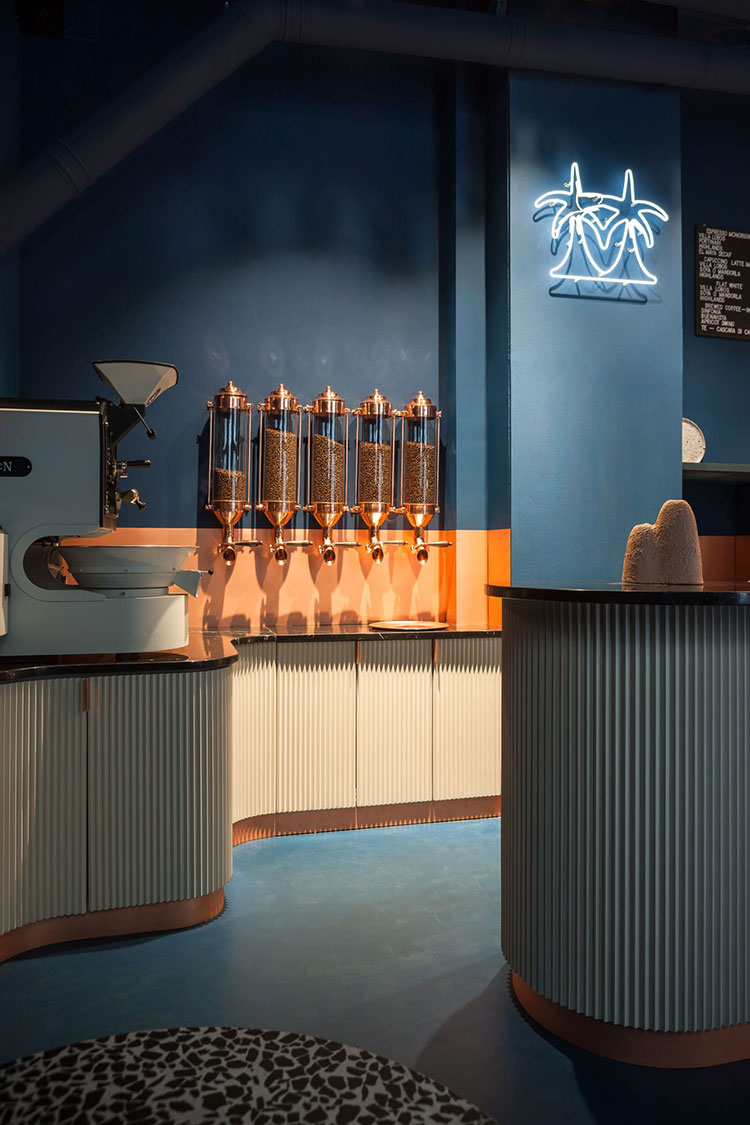 The Cafezal project was designed by two friends, Italo-Brazilian and engineers, who after having experienced the so-called, “Third Wave of Coffee” in London decided to enterprise into this adventure and pursuit their passion.

A little step back; the history of the Specialty Coffees starts in 1974 when Erna Knutsen, founder of the Knutsen’s Coffees, has used the term Specialty Coffee in one of her articles for the “Tea & Coffee Trade Journal” to describe the coffee beans with full and complex taste, harvest in peculiar micro-climates. In the last years, mainly after 2005 the Specialty Coffee culture has received a sprint by the so-called “Third Wave of Coffee”. This is an Anglo-Saxon movement, which recalls the handcraft and meticulous work of coffee drinks. After the “First Wave”, which coffee is used merely as a daily drink, and the “Second Wave”, mostly represented by the large coffee retail chains, the “Third Wave” is based on the ultimate quality of the coffee products, starting from the farming methods, the selection of raw beans and the direct rapport with the farmer himself. 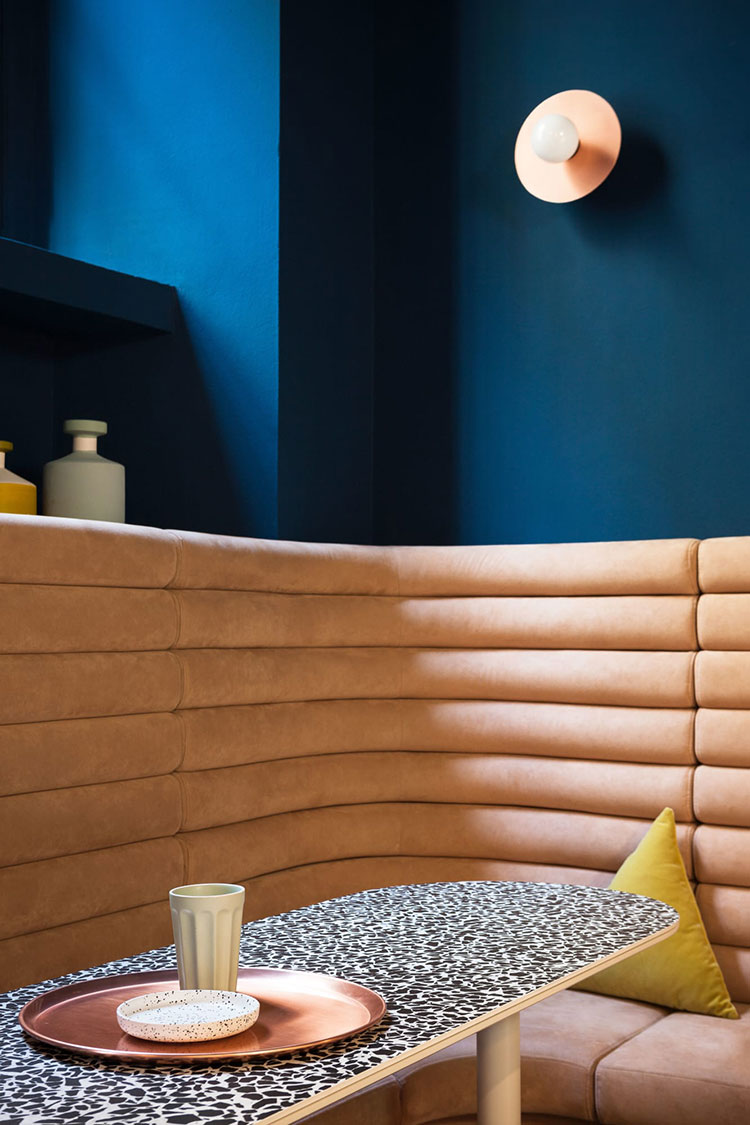 The concept of specialty coffee starts based on coffee plantations with particular climate and geographic characteristics. The coffees harvest in those farms are meticulously processed and handled throughout the value chain up to the extraction to the cup. After the farming work, there is a core attention during the roasting process of the single-origin coffees, where the roaster has the duty to know how to extract the best taste of each coffee. Another important element is the attention of the Barista during the extraction to the cup, either through espresso or filter/brewing methods. Factors as water pressure and volume, coffee gridding and water temperature are key for enabling a perfect cup. 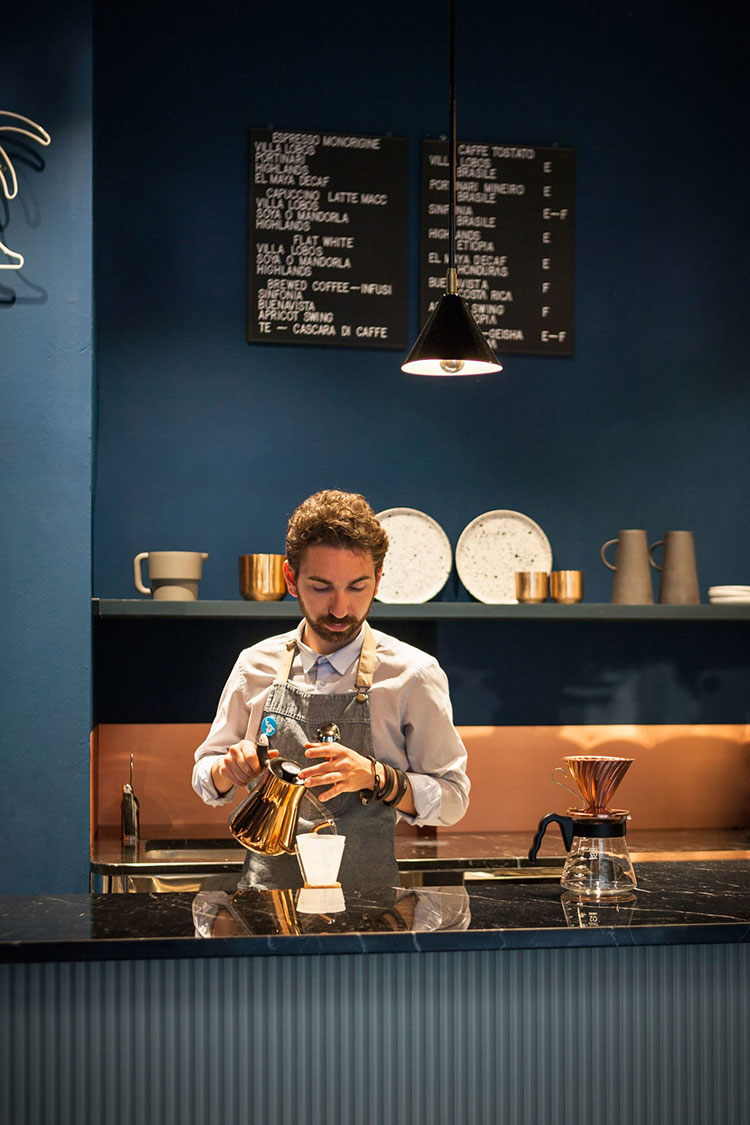 This is also the story of Cafezal, the first micro-roastery boutique in Milan downtown dedicated to specialty coffees. Bespoke furniture designed on soft forms; intelligent play of patchworks inspired by elements from nature but recalling contemporaneous forms; all together with a stylish color palette which moves from the black Marquina marble into dark blue and to satin copper. Cafezal is a flagship store in which is possible to get a new experience while drinking coffee, a new ritual that consists in not only drink but in tasting. All that has been studied to translate it into an actual physical place with great personality, the body and the aroma of all Cafezal’s specialty coffees. A place where the customers and coffee producers finally are connected in a direct mode, enabling a full urban experience from the coffee plantation to the cup of coffee. 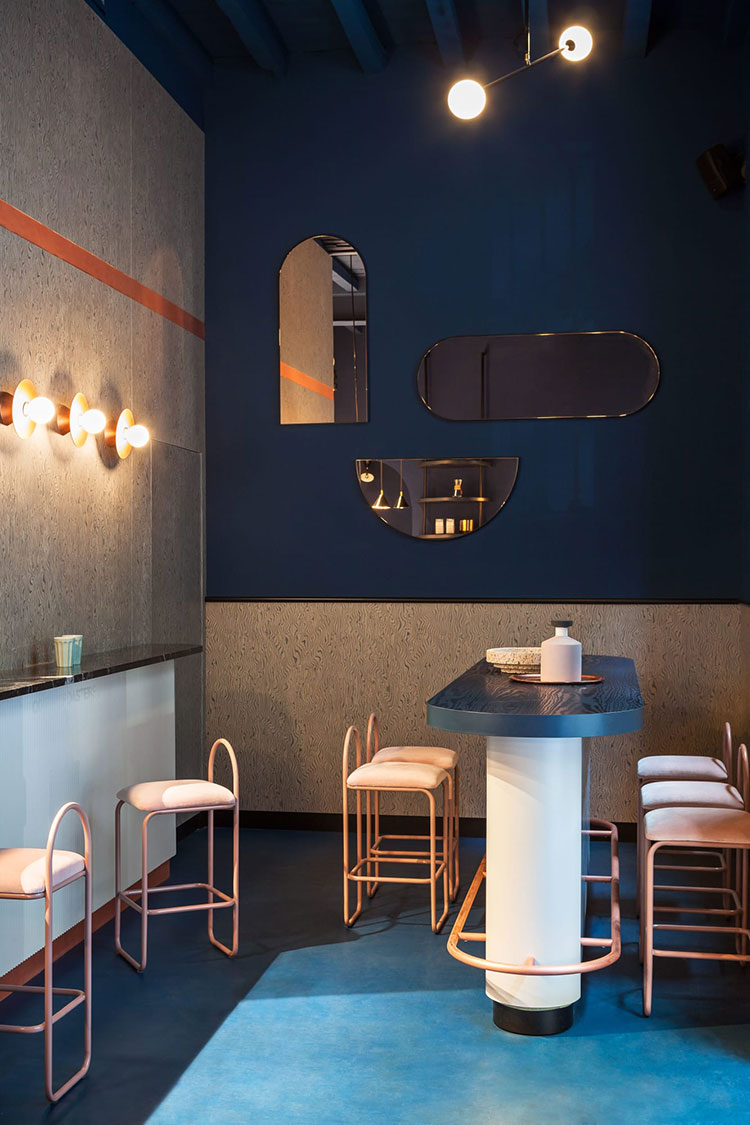 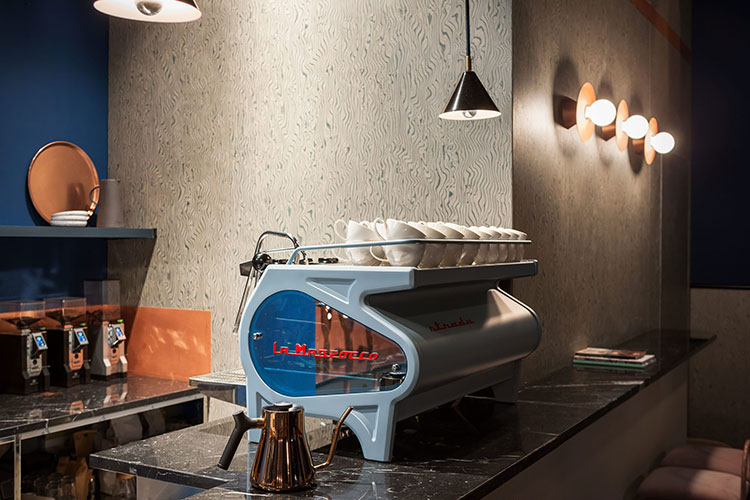 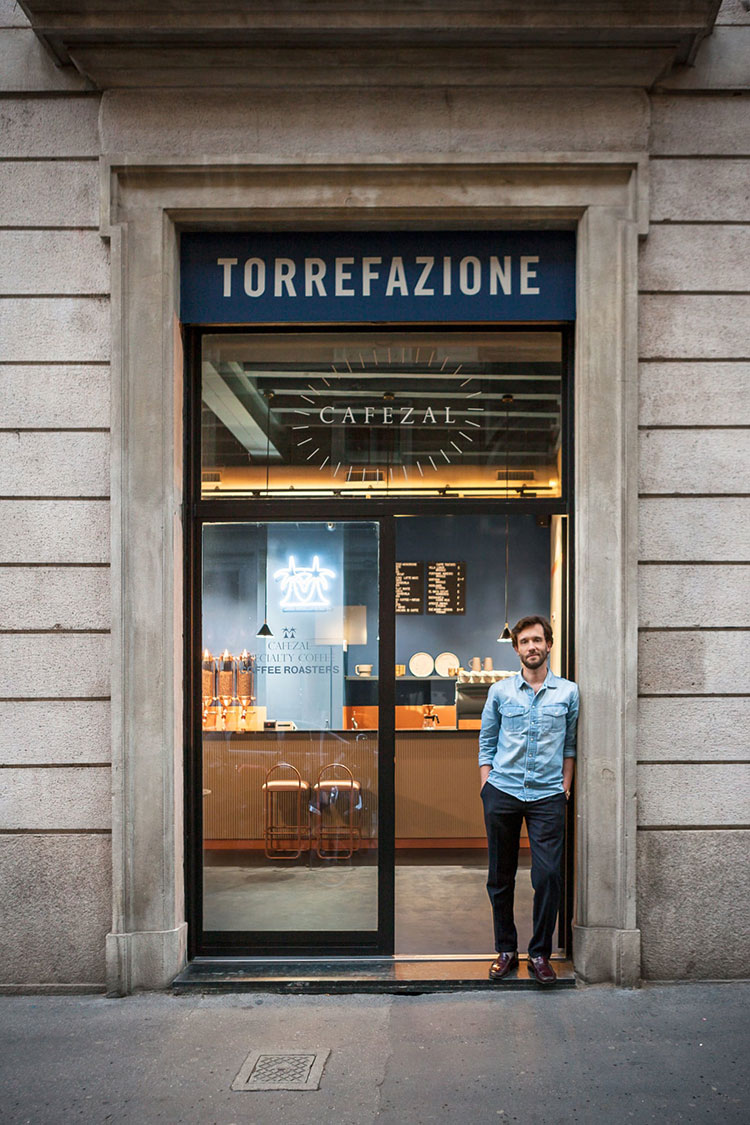