Located in the UNESCO heritage-protected village of Castelrotto, in the heart of the Dolomites, the Hotel Schgaguler has reopened its doors after a full refurbishment lead by Milan-based Peter Pichler Architecture. The small village of Castelrotto in Alto Adige / North Italy is known for his folkloric culture and the relationship with its nature and surrounding mountains. 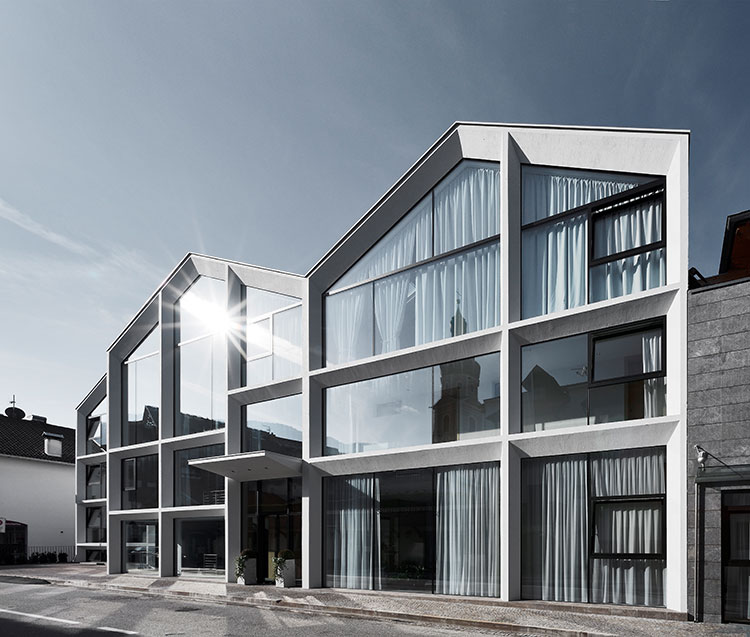 A simple and timeless architectural design is the main protagonist of the charming boutique hotel. Alpine style with reduced aesthetics creates an authentic sense of well-being. An open and transparent house attracts guests and invites visitors to come in and feel the connection to the picturesque village and its surrounding mountains.

The Project consists of three monolithic volumes, following the original structure of the house before reconstruction. While respecting local context and its surroundings, the strong architectural identity of the Hotel follows a contemporary reinterpretation of the alpine style and plays with vernacular elements such as the typical sloped roof. 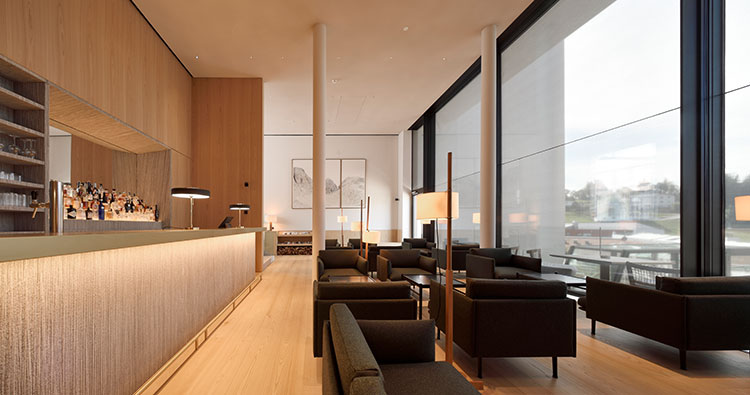 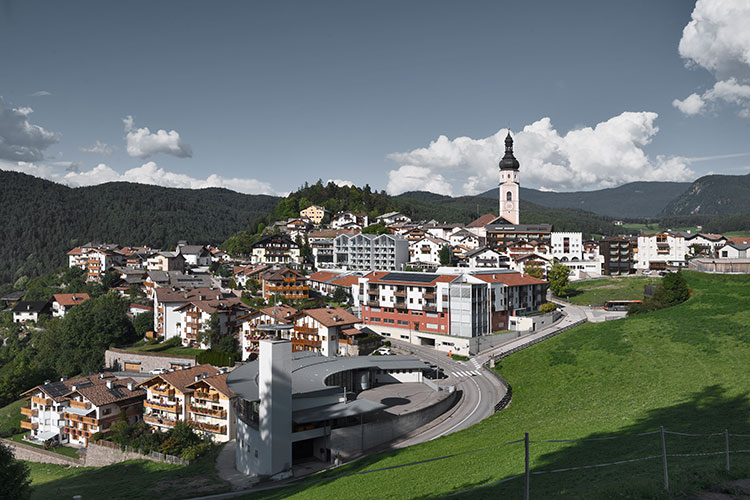 The expressive exoskeleton facade changes according to orientation and program. At the north/east facade, with mostly corridors and public spaces, the almost sculptural structure is less depth. At the south facade the tapered geometry has more depth and creates loggias with natural shading. The bright grey color of the chalk containing render of the facade is inspired by the rocks of the surrounding mountains. 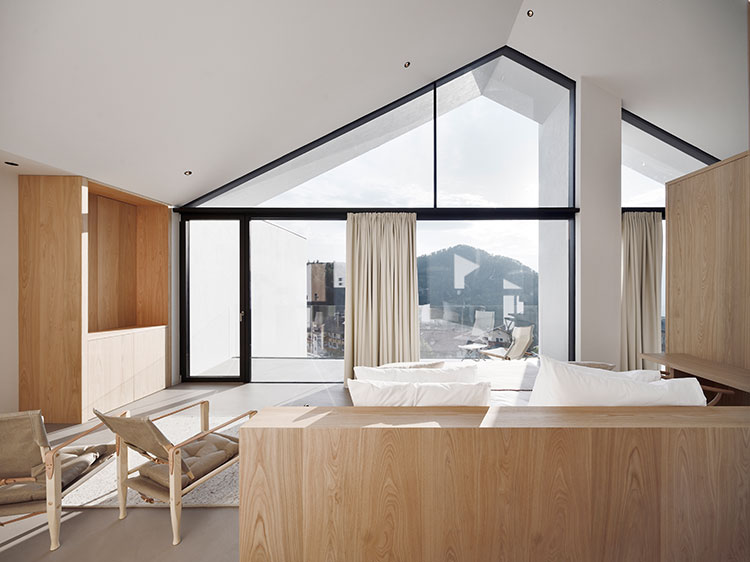 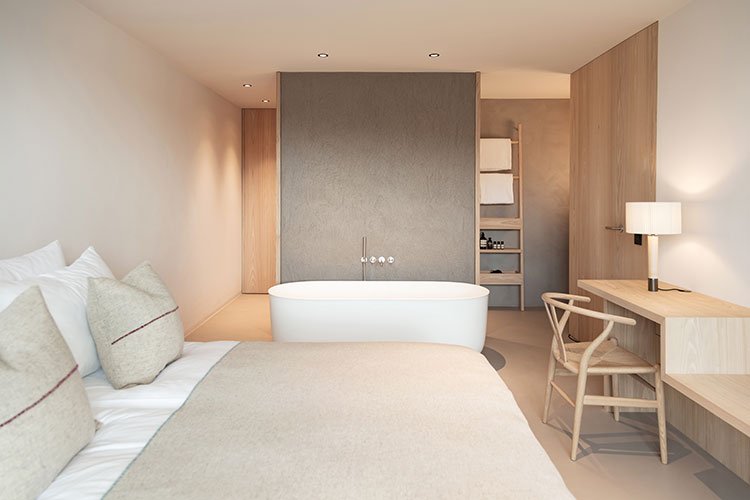 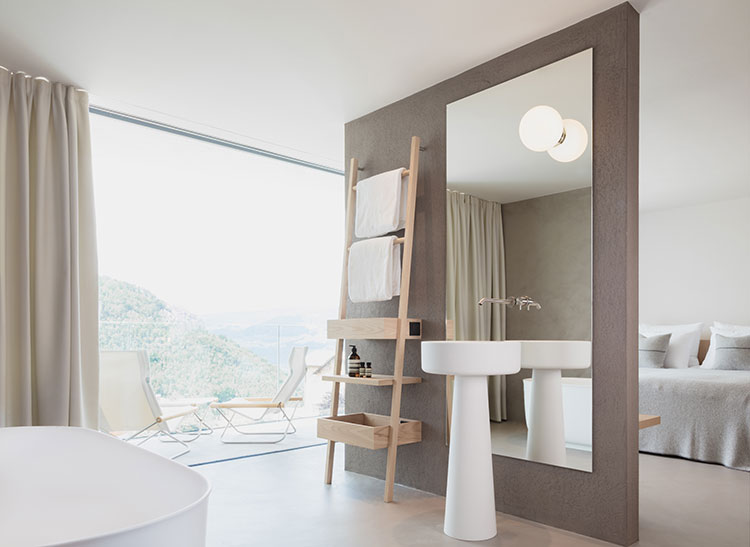 Tradition and culture are key elements in the design of the Hotel. Simple and functional interiors with open layouts are combined with local materials such as chestnut wood or local Stones and textiles. Public spaces like lobby, bar and restaurant are located on the ground floor. The Bar connects to a wide and sunny terrace with impressive views towards the Sciliar mountain. The underground level hosts the wellness facilities, Spa and beauty.

The rooms and suites are located in the above levels and are characterized by timeless design that evokes acosy atmosphere. Open bathrooms with free-standing bathtubs invite you taking a soothing bath after a hike or ski tour.