Design practice Studio 10 has recently completed the renovation of dream-and-maze-themed guestrooms of The Other Place, a creative guesthouse located by the Li River in Pingle County, Guilin, China. Inspired by the works of M.C. Escher, the architect meant to create a mysterious, infinite and impossible space with the seamless transformation amongst 2D and 3D as well as Optical Illusion elements. 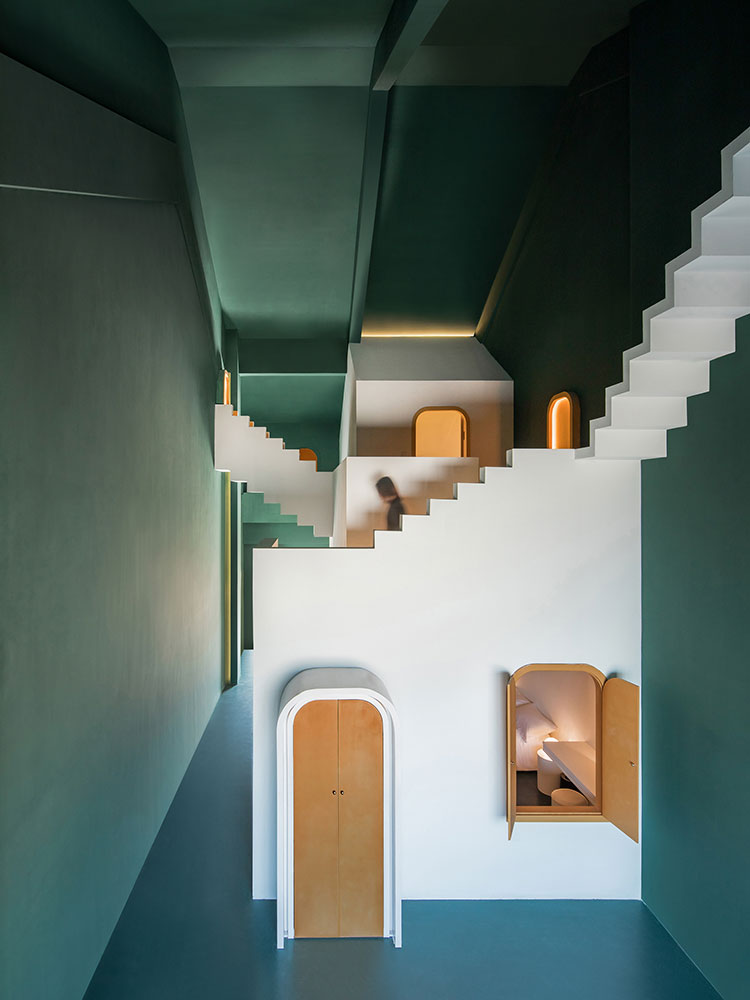 Pale pink and white color palette renders the interior space serene and surreally fresh, far from the chaos of mundane daily life. All components from the real world such as lighting fixtures and electronic appliances have been concealed behind a series of black-painted doors, maintaining the pristine, chimerical nature of the space. In the other forest-green-themed room, anti-gravitational stairs lead to golden doors, behind which there could be a trail leading to a secret forest – or some other unexpected findings that surprise you.

The work of the Dutch graphic artist M.C. Escher is on display in dialogue with the work of acclaimed Japanese design studio nendo, led by designer Oki Sato, in an immersive exhibition – tilted Escher X nendo – Between Two Worlds – which runs from 2 December 2018 to 7 April 2019 at NGV International, 180 St Kilda Road, Melbourne, Australia. 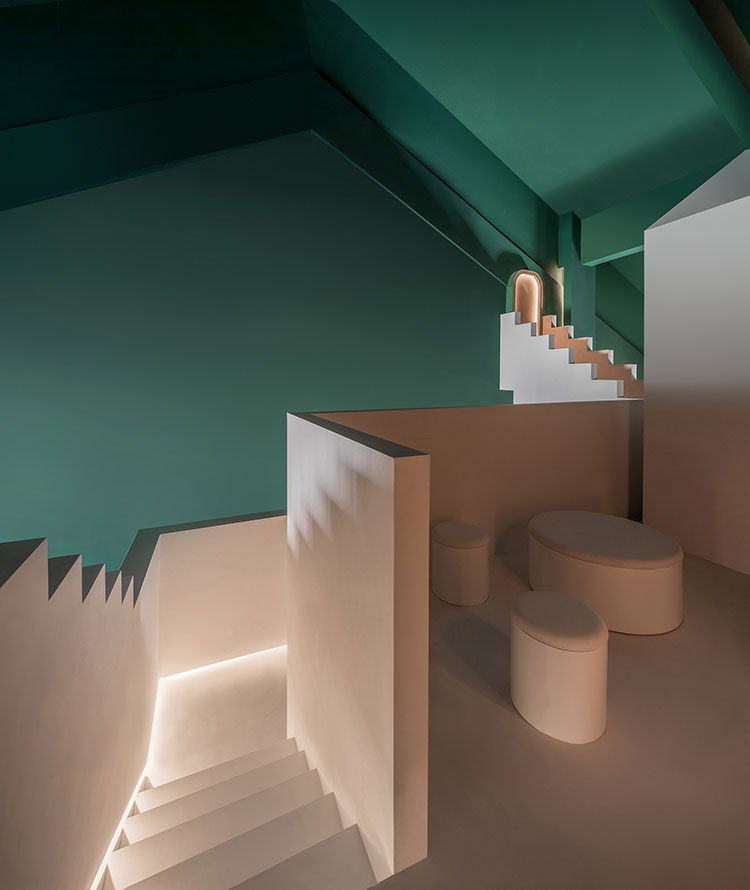 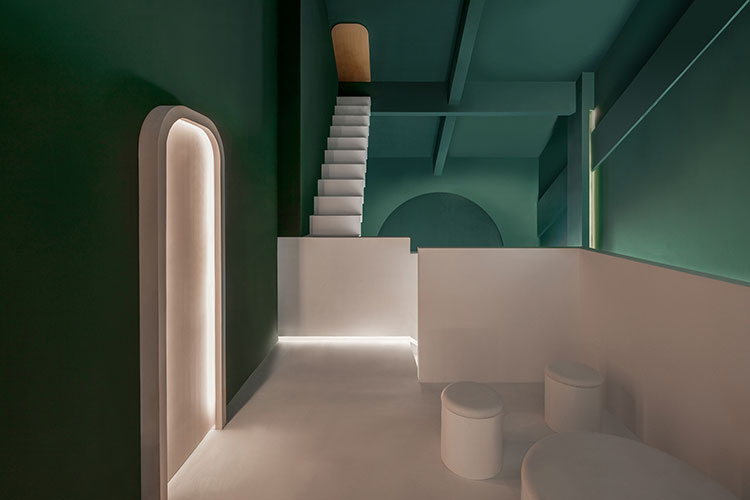 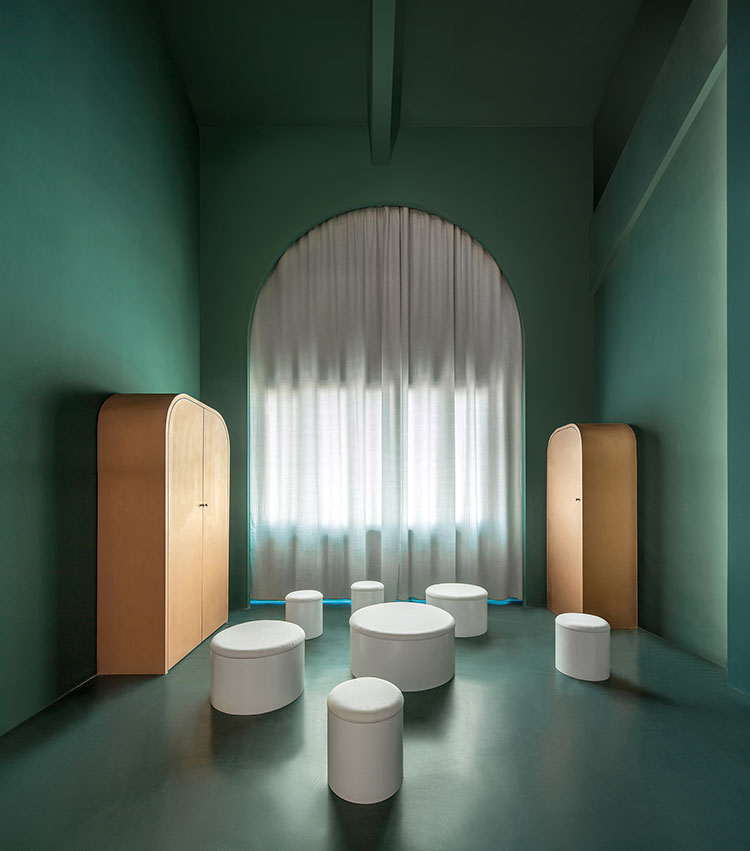 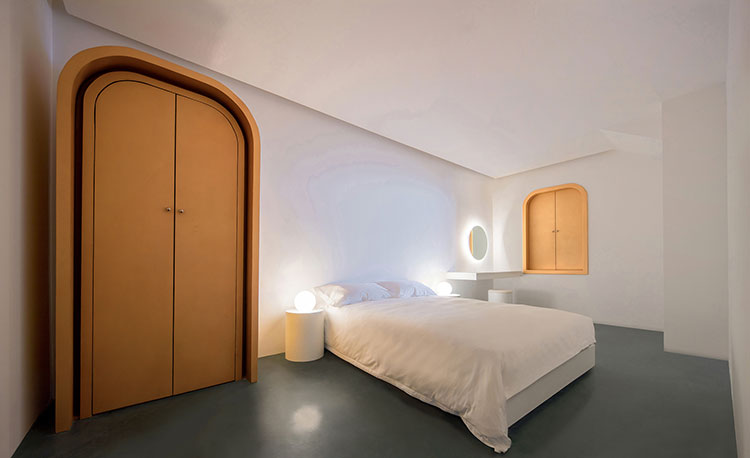 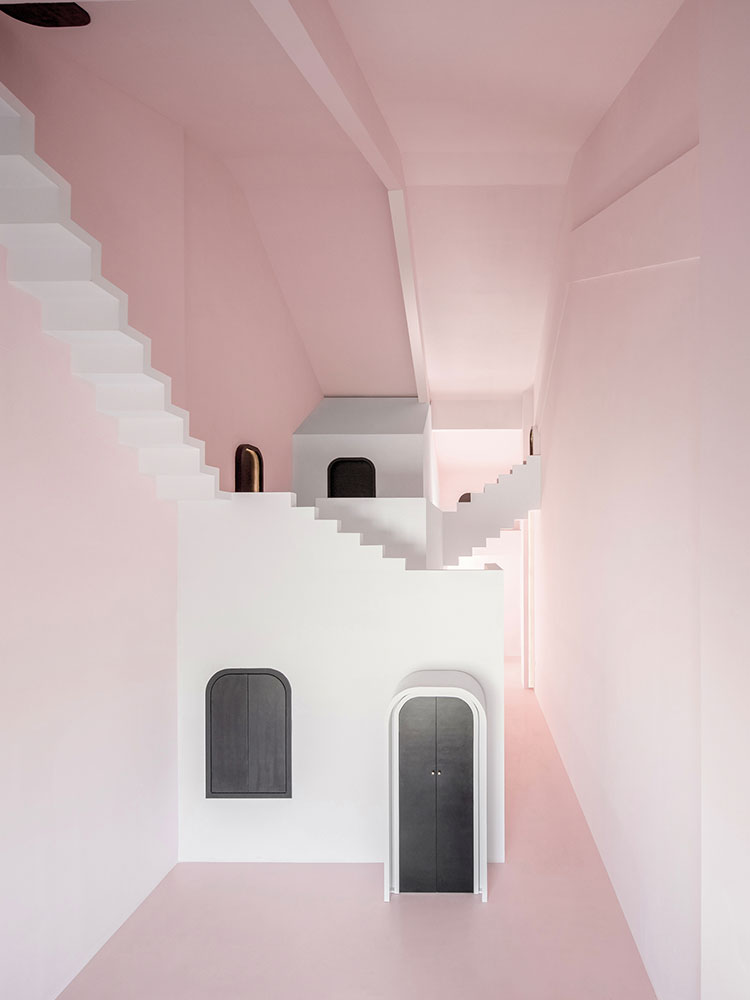 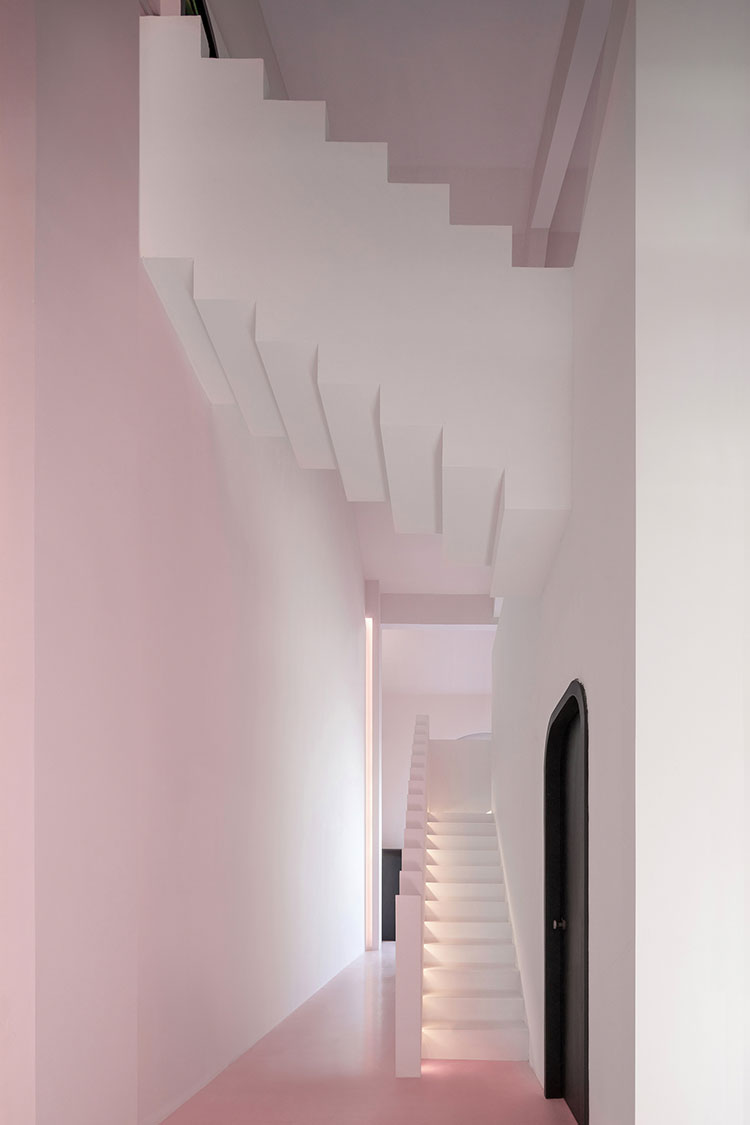 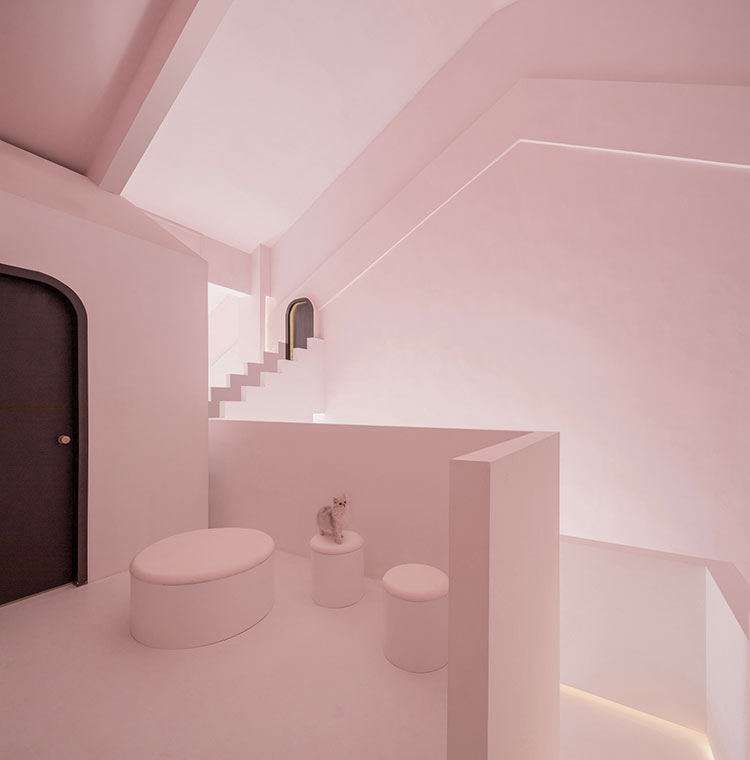 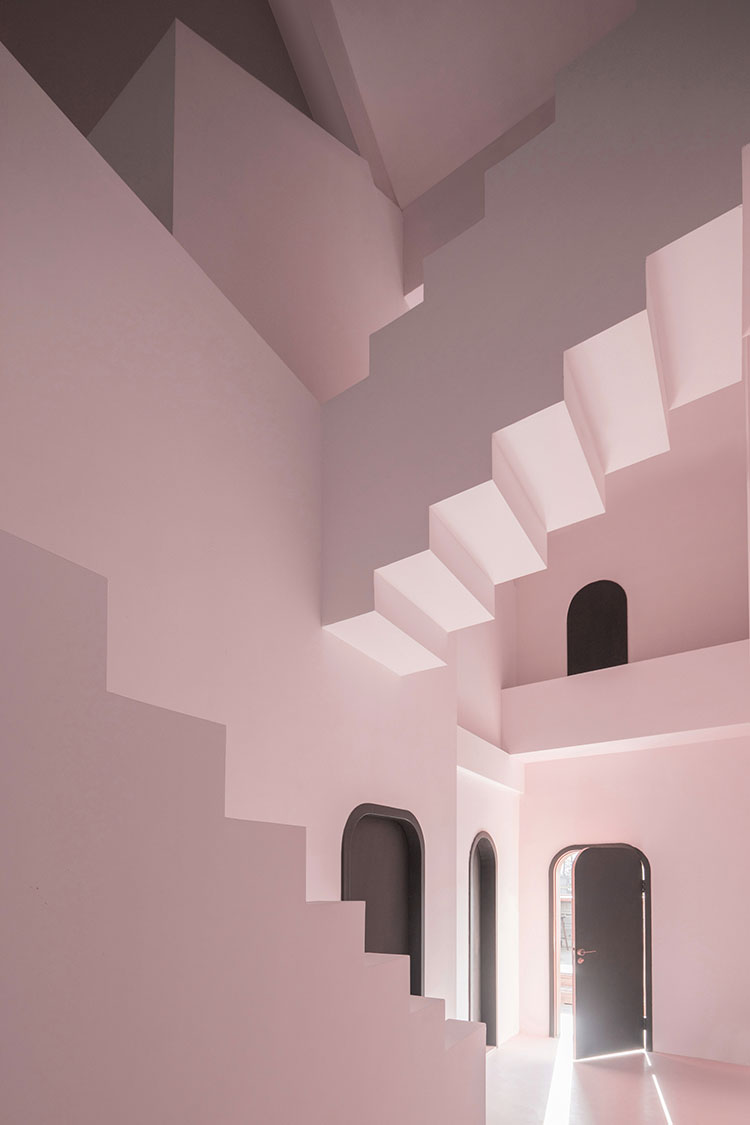 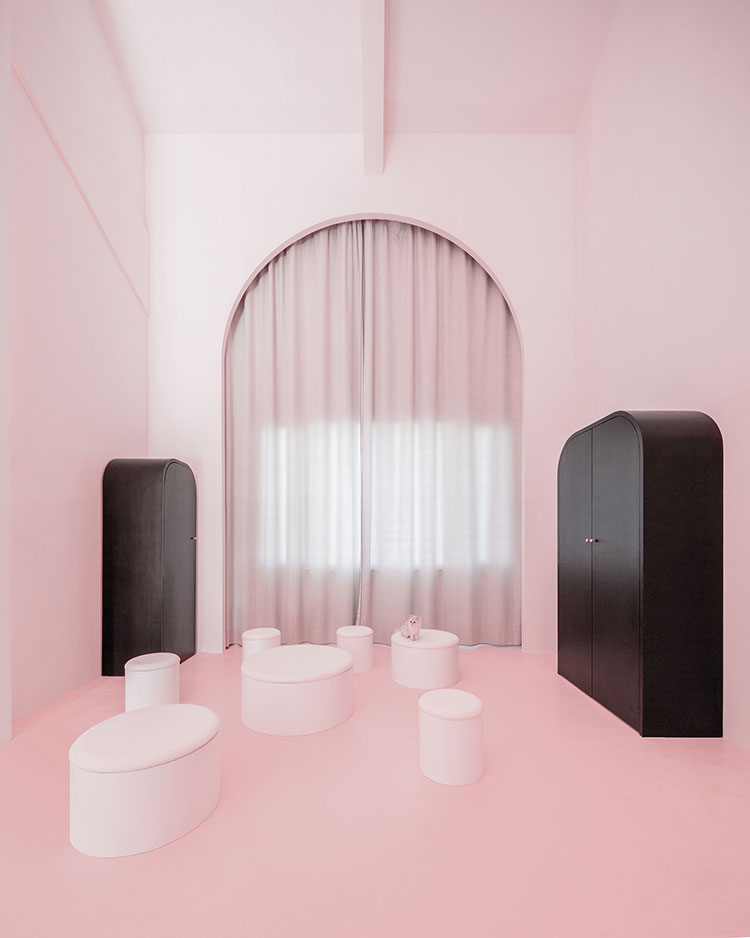 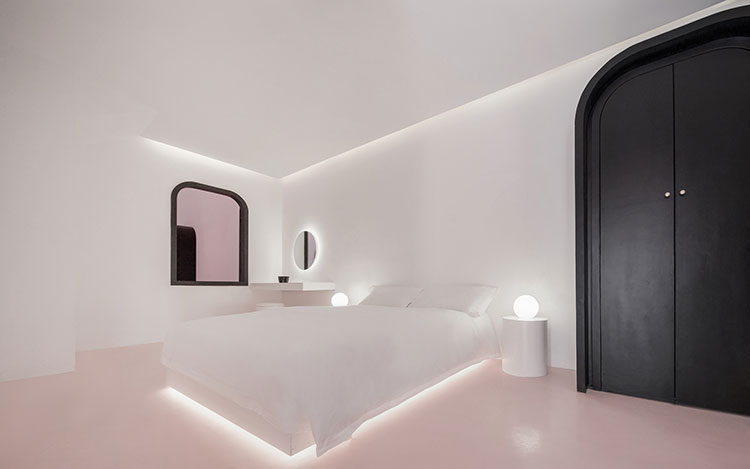 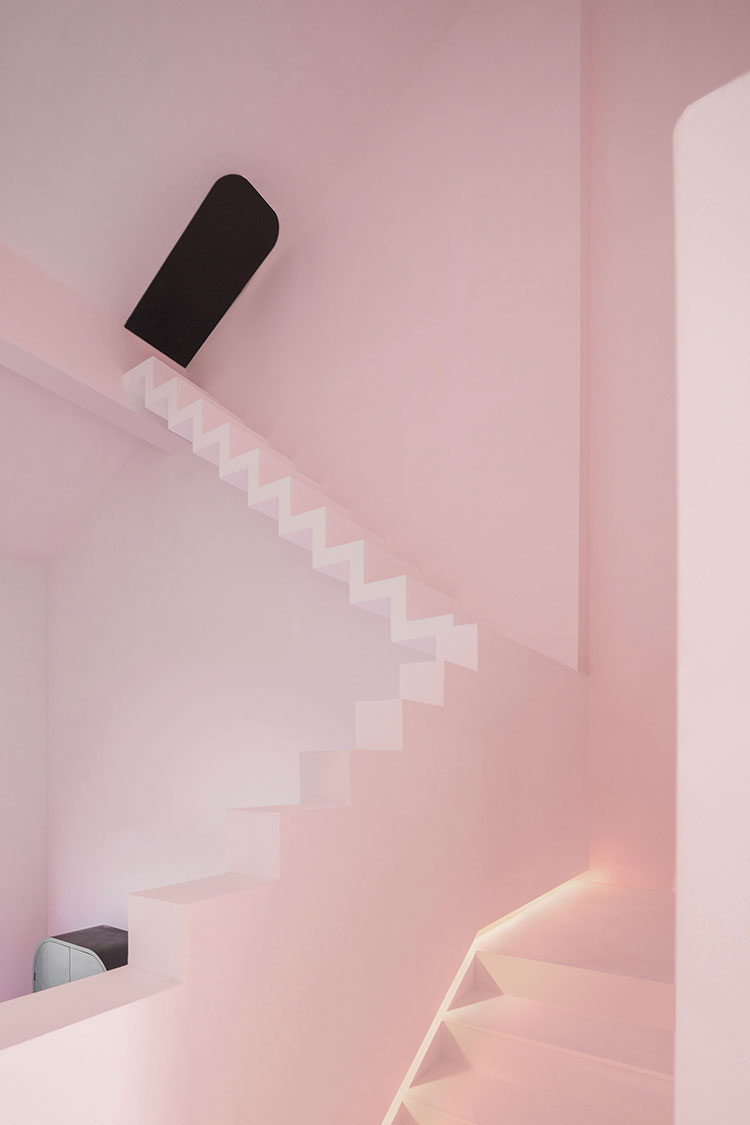