Humbert & Poyet has unveiled their latest interior design project – Beefbar Paris restaurant, which is just a few steps away from the Champs-Elysées. Following Monaco, Hong Kong and Mexico, the adventure continues between Ricardo Giraudi, creator of the Beefbar restaurant concept in 2005, and interior architects Emil Humbert and Christophe Poyet. 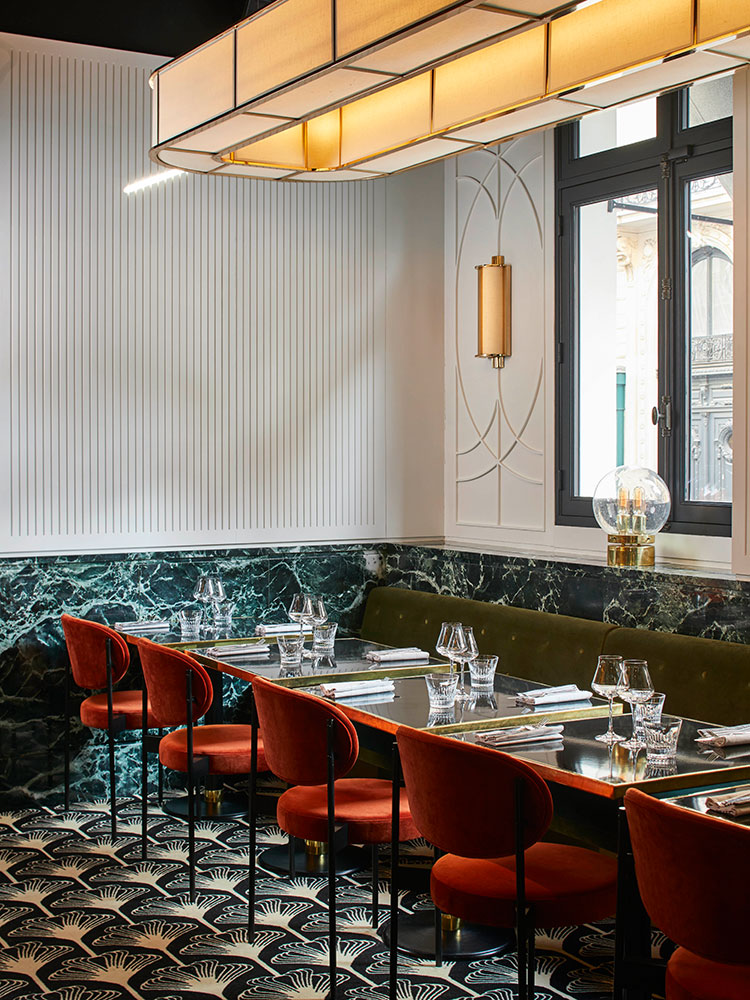 Located where the Fermette Marbeuf used to be, Beefbar Paris’ project started with an unexpected discovery: a room in the purest Art Nouveau style, registered as Historical Monuments since 1983 but heavily damaged (sectioned arches, pilasters, friezes and missing enameled ceramic panels…). The restoration became obvious.

Adorned with vegetal and symbolist patterns, the imposing atrium has regained its former glory; decorative elements too.  The whole has been repainted according to the old times’ spirit, in shades of green and bronze. Art Nouveau jewel made in 1898 by the architect Emil Hurtré and painted by Jules Wielhorski, the atrium was the former dining room of the Lamgham Hotel on rue du Boccador. Totally abandoned and walled during World War II to be hidden from the Nazis, the artwork has been discovered in 1983 and registered as Historical Monument. 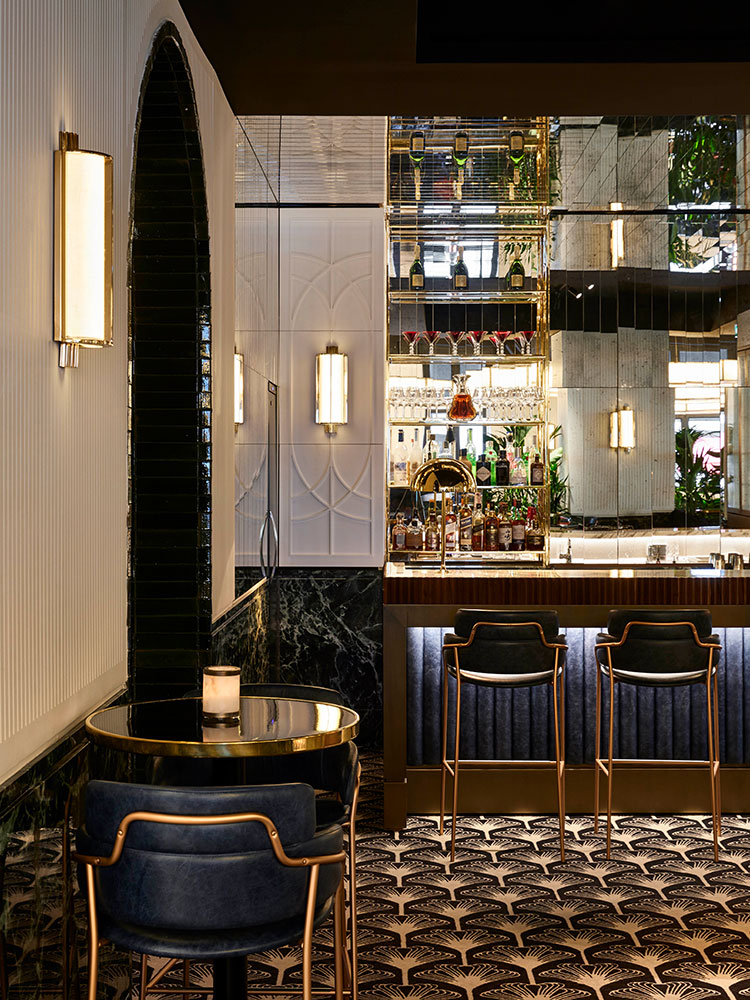 This historical and aesthetic anchorage inspired the interior designers, accustomed to creating chic and quirky atmosphere, contrast between old and extremely contemporary, a love game between sobriety and eccentricity. Thus, Beefbar Paris appears like a traditional, comfortable and refined brasserie where the Art Nouveau (green tons, carpets loaded with patterns) and Art Deco (marble elements, etched staff wall, aged and faceted mirrors, lacquered walnut and brass fittings) contrast with the industrial-like ceiling and the black and minimal exterior woodworks.

As part of Beefbar’s identity, the meat cellar has been designed as a precious case in walnut, marble and brass. Another surprise effect created by Emil Humbert et Christophe Poyet: the bar dressed in leather and mirrors cut into slats. 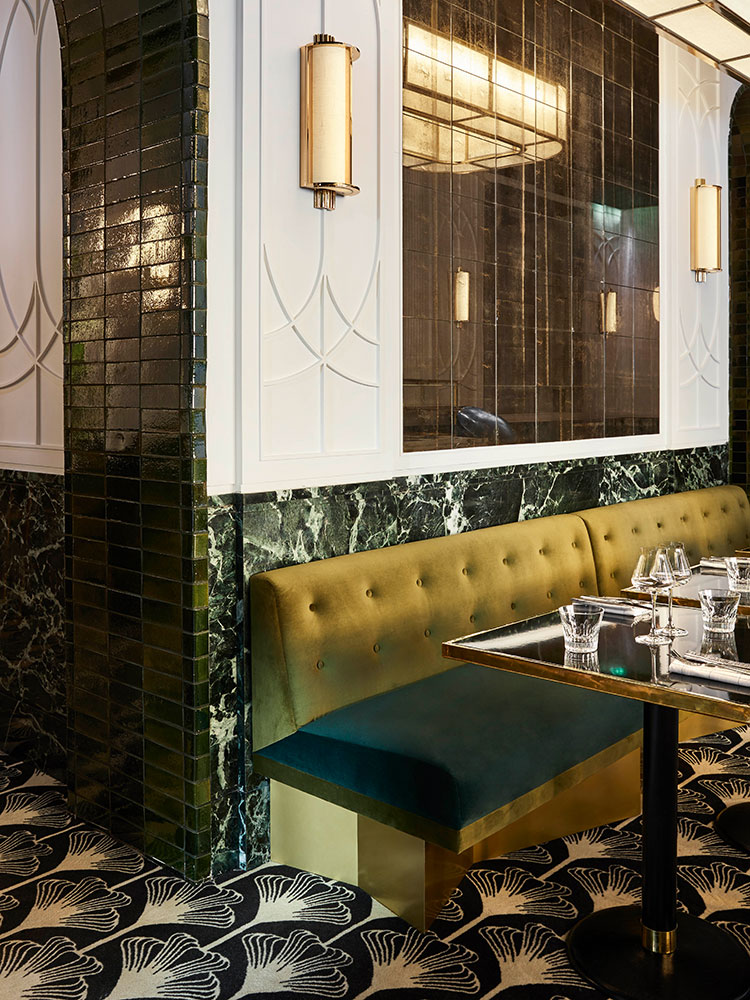 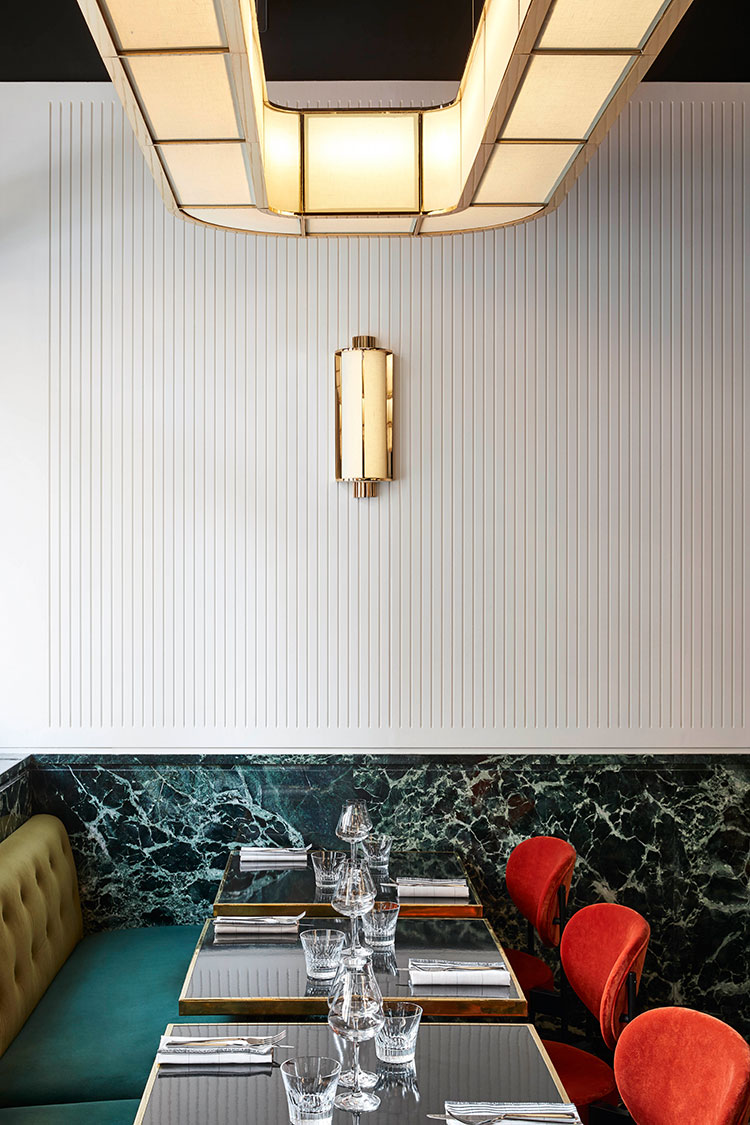 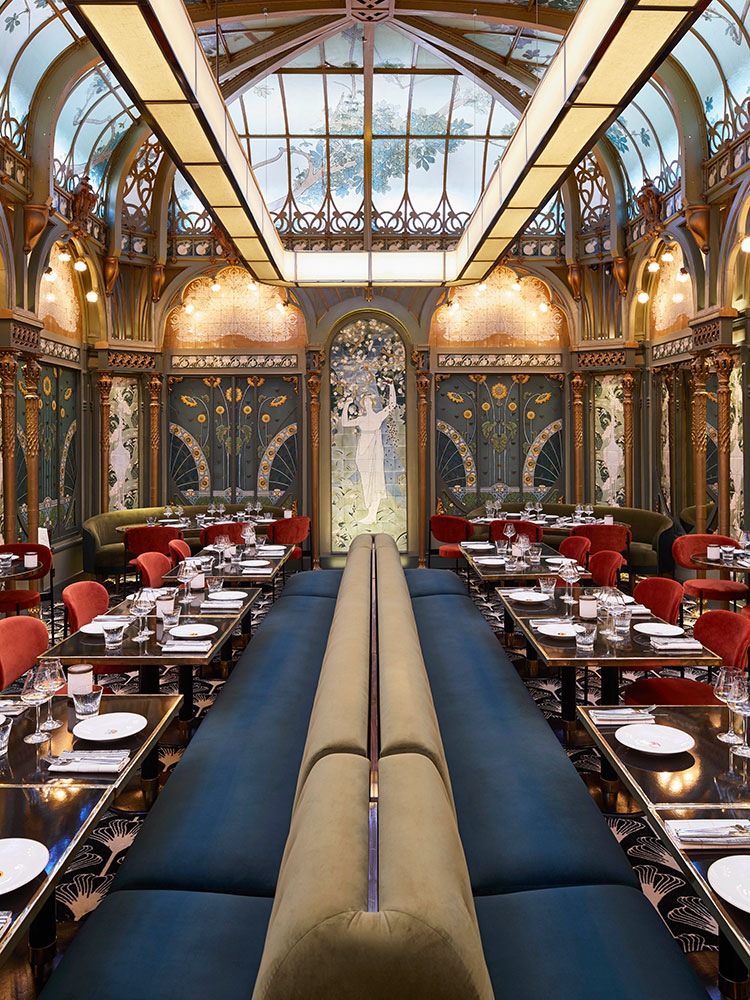 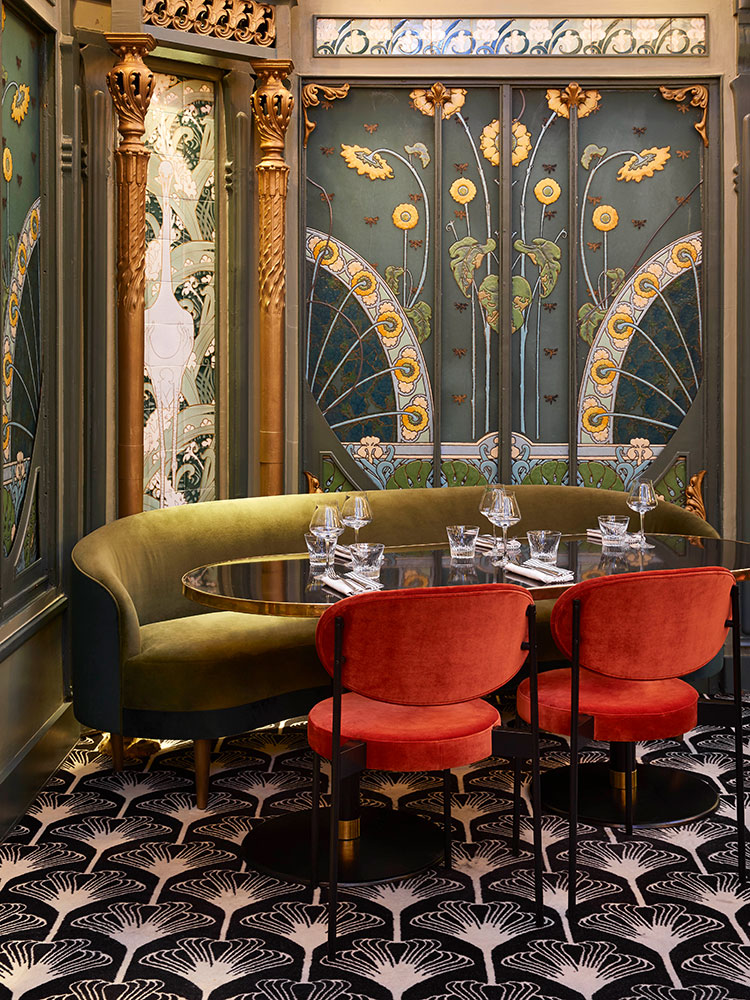 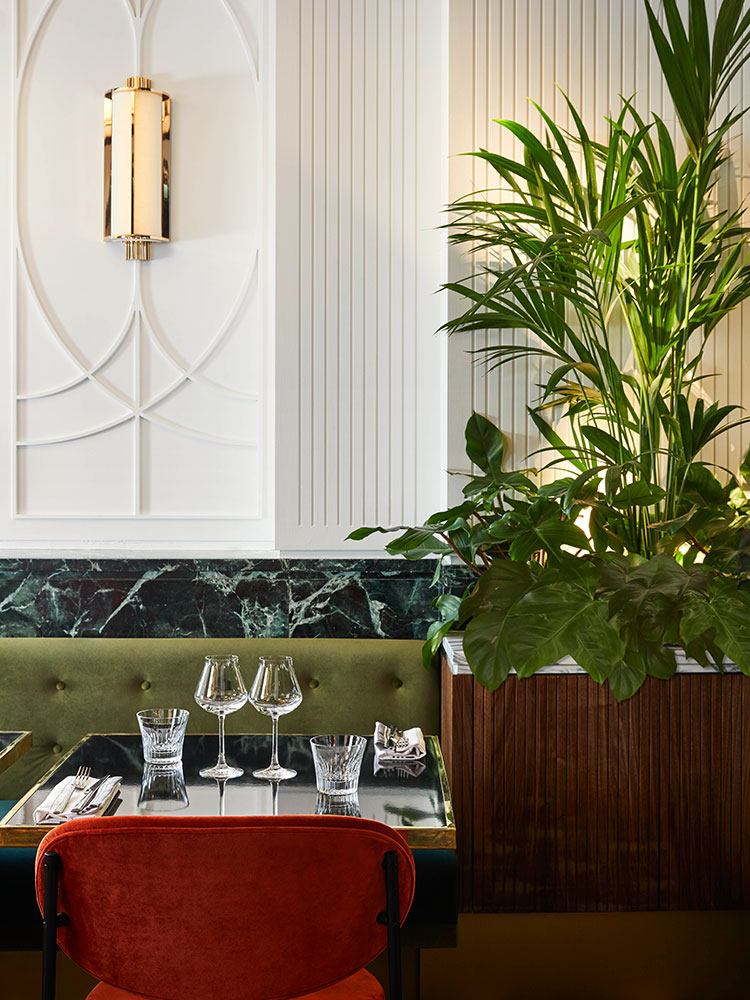 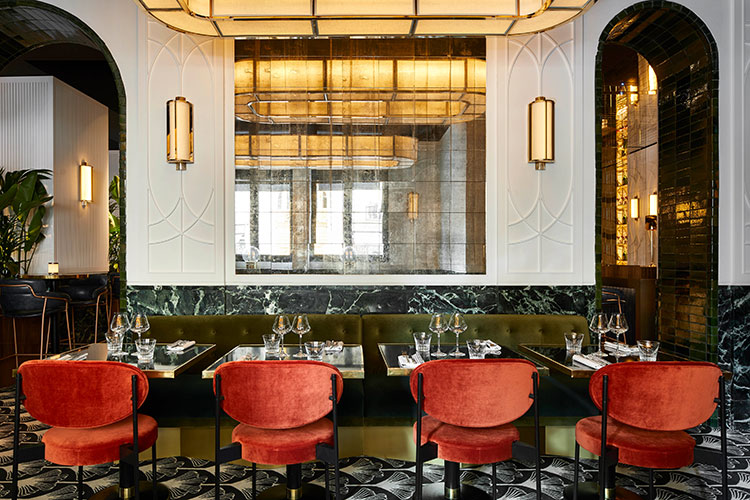 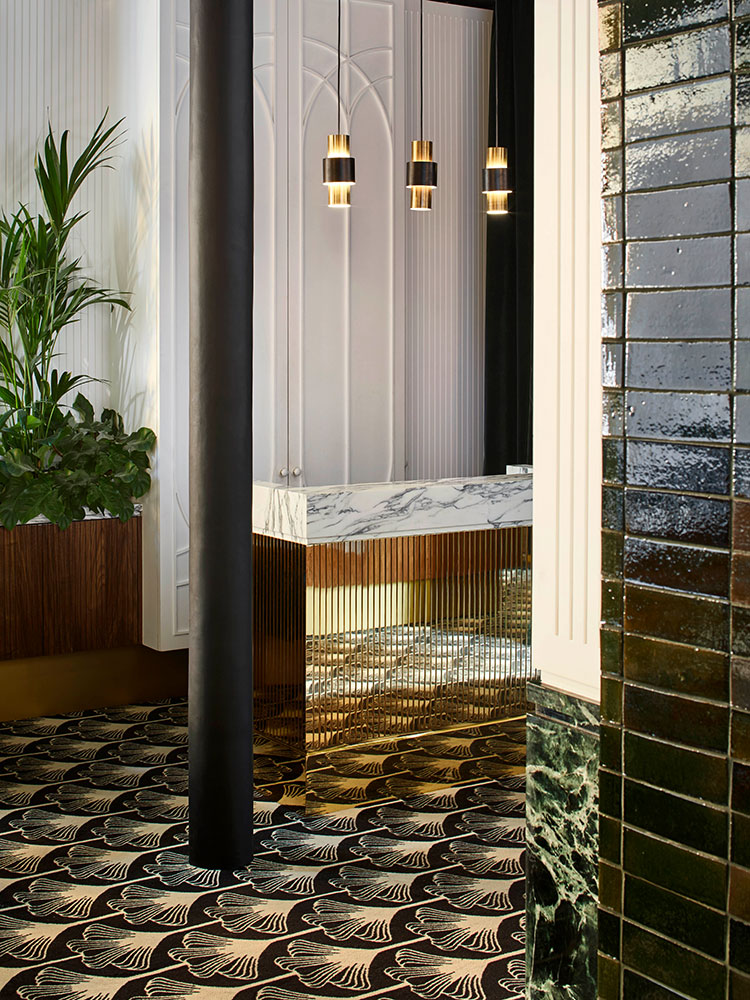 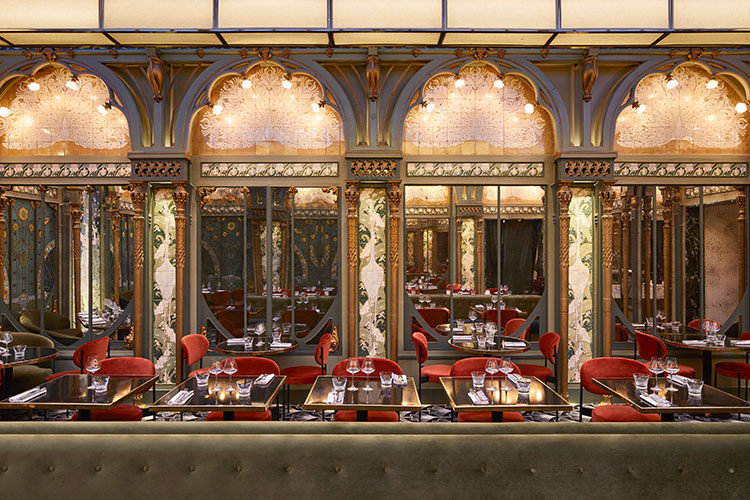 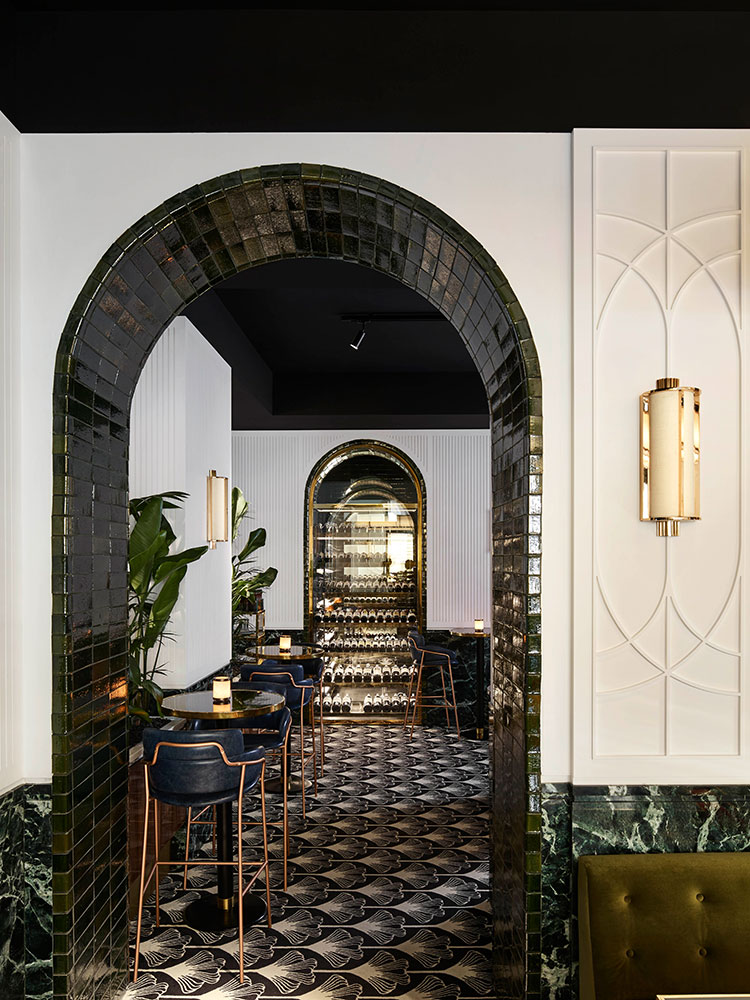