After New York, Belgian artist Bardula has been commissioned by Fashion house Moncler to design two shining installations for the brand’s Stockholm and Mexico stores. The four meters tall monumental art pieces, which form a pair, each installed permanently for Moncler, has been created through successions of golden metal blades producing a kinetic volume constructed from curves, changing as the viewer moves around them. Within this volume, the arithmetic progression of the layers follows an exponential movement based on oval curves, magnifying the objects with an undulating lighting scenario. 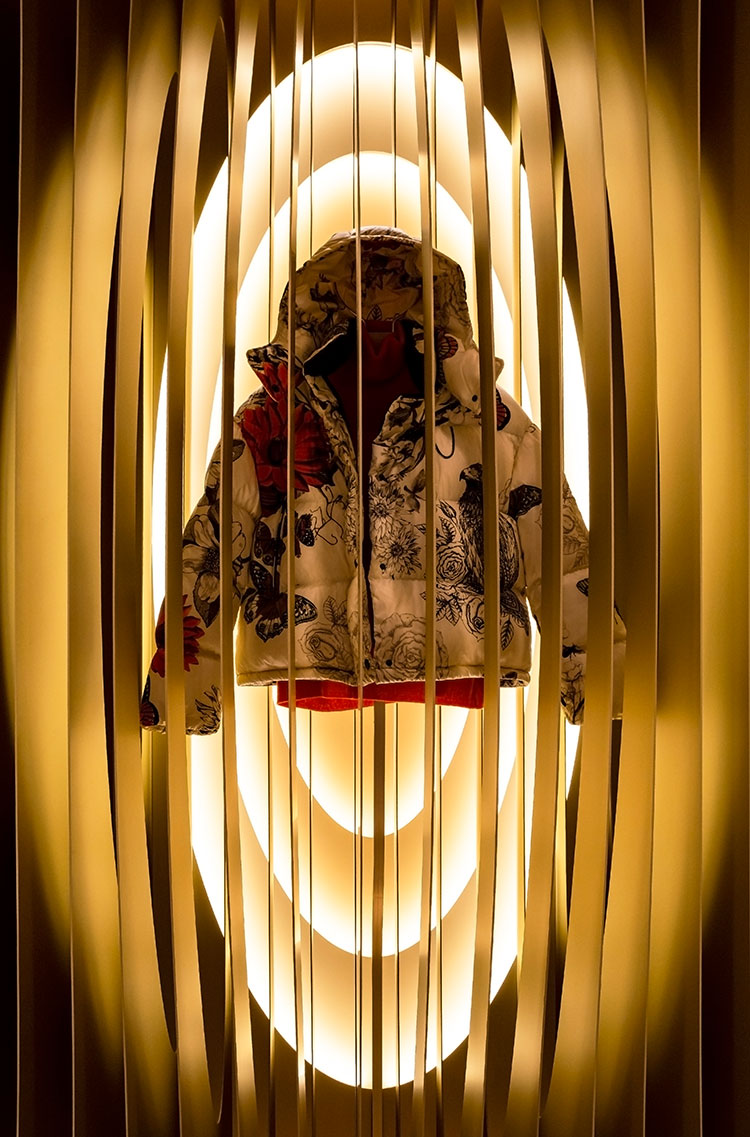 Bardula’s work examines, on the basis of a mathematical, geometric framework, the relationship between kinetic progression, matter’s volume and light, through 3D, laser and LED-technology. The artistic concept of the artworks created by Bardula functions as a narrative reinterpretation of the Renaissance.

As a tribute to the Renaissance’s humanist ideas the artwork serves as a representation of Man and his ability to discover, understand and create – the quintessence of the expertise Man has acquired since the discovery of tools through the mastery of fire and metal as key factors in the history of our civilizations. 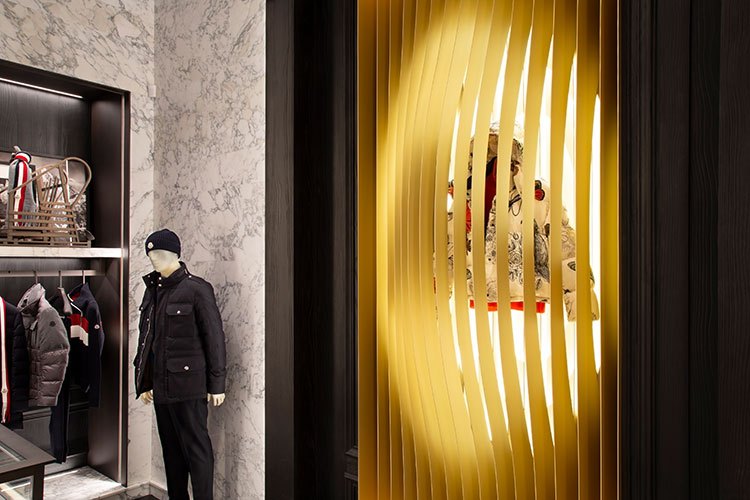 The human shaped object at the heart of this artwork, which covers and protects a human being, is a symbolical reminder of the famous drawing of a man in the centre of a circle inscribed in a square. Here, in the installations named Renaissance, a volume made of a sphere inscribed in a cube, both stretched, represents the anthropomorphic position of mankind, centred in its environment. 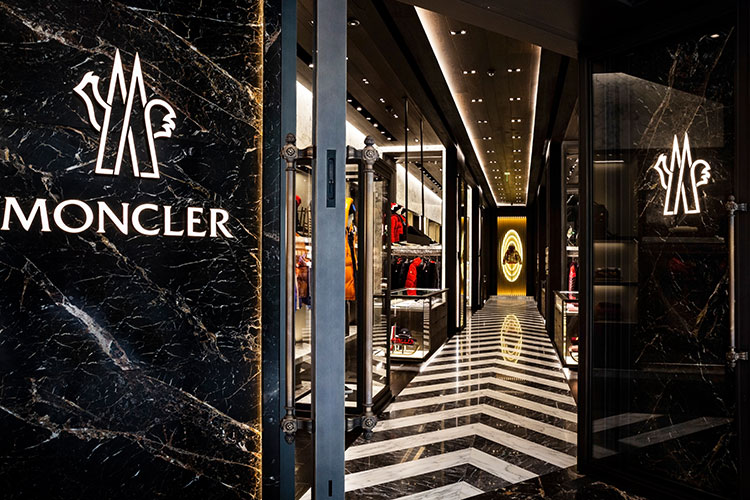 Renaissance also means rebirth: the stretching of the oval shape represents a heart in gestation, which radiates energy, symbolizing the eternal rebirth of mankind through future generations. The artworks are made of golden aluminium blades forming together a suspended oval space within a rectangle volume. Light made of white LED of different temperatures, from cold bluish to the warmest amber, shines through a succession of expanding oval shapes in the back and along the blades. They follow the blades’ geometrical progression in an ever-changing luminous expanding movement, enhancing its kinetic construction with a variation of different white lights, reflecting in metal and revealing bronze, copper or deep amber gold shades. 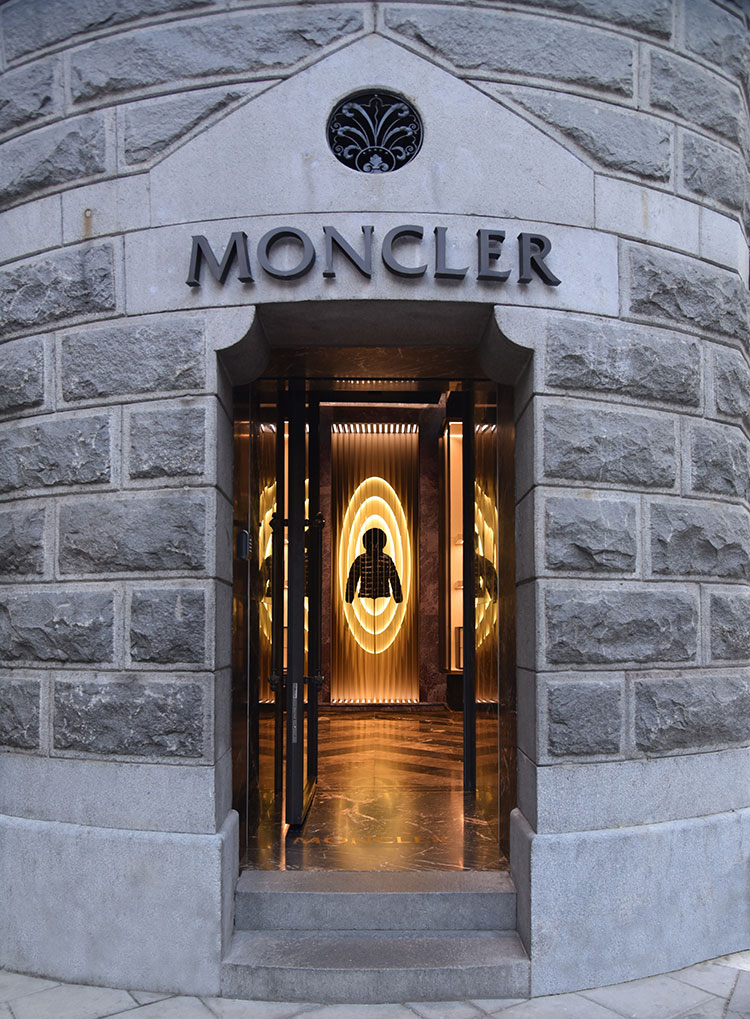 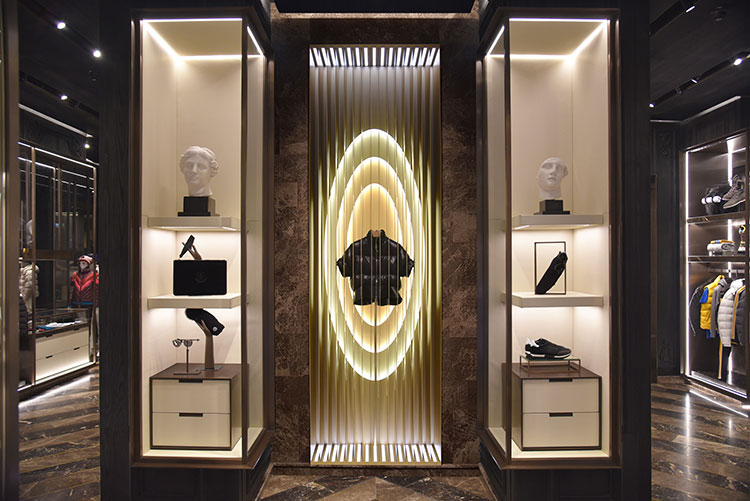 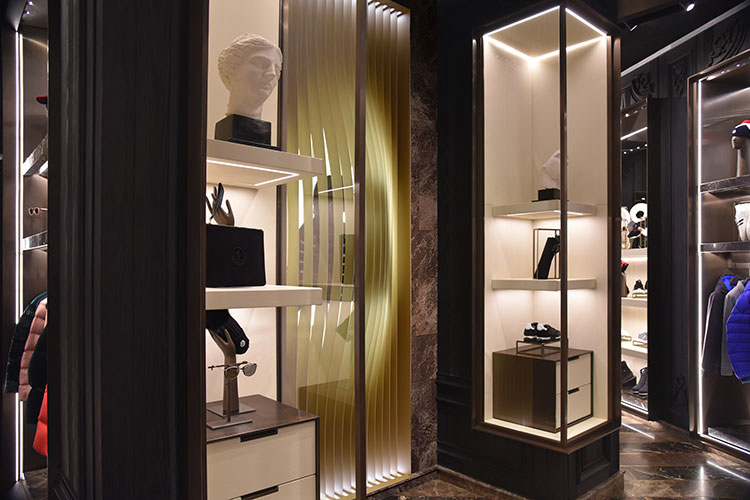