Studio MVW’s Aoyama Lab Dessert Bar in Beijing is a perfect illustration of how much architecture can contribute to the launch of a new concept. By turning an idea into something tangible, design choices enable individuals not only to physically experiment with it but also to incorporate it into their culture. For the creation of this new type of bar, which sells very contemporary, elegant desserts based on Japanese recipes, Shanghai-based Studio MVW was asked to develop a space around the notions of nature, experimentation and Asian codes.

The investigation of these three aspects led to a creative solution that makes the most of that blend and brings about an undeniable wow effect. From the outside, the bar looks like an intriguing, hi-tech oasis. It is enhanced by the transparency of the façade whose mesh cladding also conjures up the lightness and refinement found in the architecture of the thinly layered desserts sold in the bar. Inside, the first striking element is the choice of celadon as the key color – an evocation of QinShan, of nature and of Asian aesthetics – combined with mesh that intensifies the visual impact of the organic, space-age, almost Kubrickesque outline created by the walls and ceiling.

The space is divided into two areas: the front part where people order and buy desserts, and the back area which is a more exclusive space dedicated to tea testing and drinking. The use of natural materials like stone, wood or Corian complements the rounded shapes and introduces a sensory dimension to an otherwise ultramodern space, resulting in a comfortable, welcoming laboratory.

The science-inspired aesthetic is also visible in the hanging lights in the front space as well as in the glass console showcasing a tree or in the plants exposed within transparent blocks, like an herbarium from the future. The impression of purity created by acrylic walls, mirrors, and sleek surfaces evokes a cutting-edge museum of natural history, a place to experiment and invent tomorrow’s life. In that sense, the architecture developed for Aoyama Lab Dessert Bar exemplifies an interesting way to go beyond a purely commercial concept and to elevate the discussion by creating a universal, poetic frame around it. 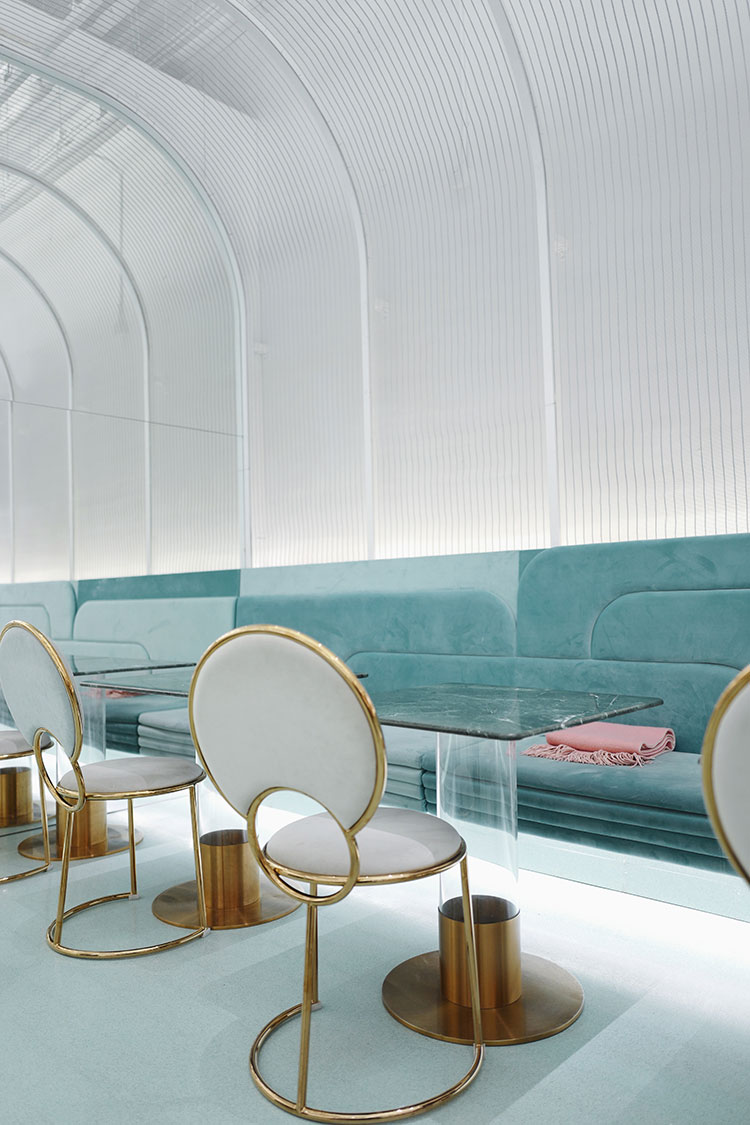 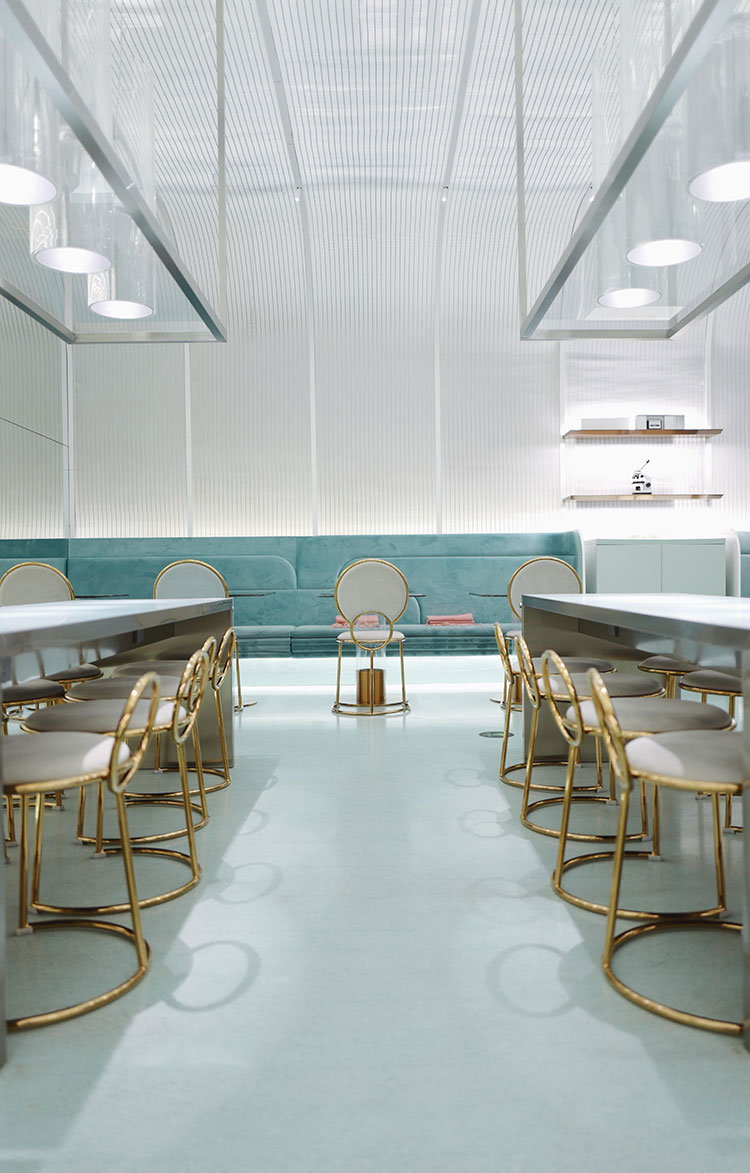 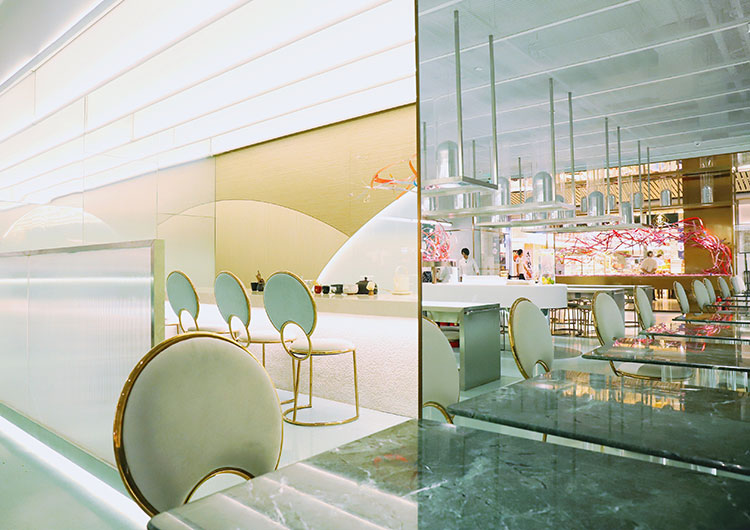 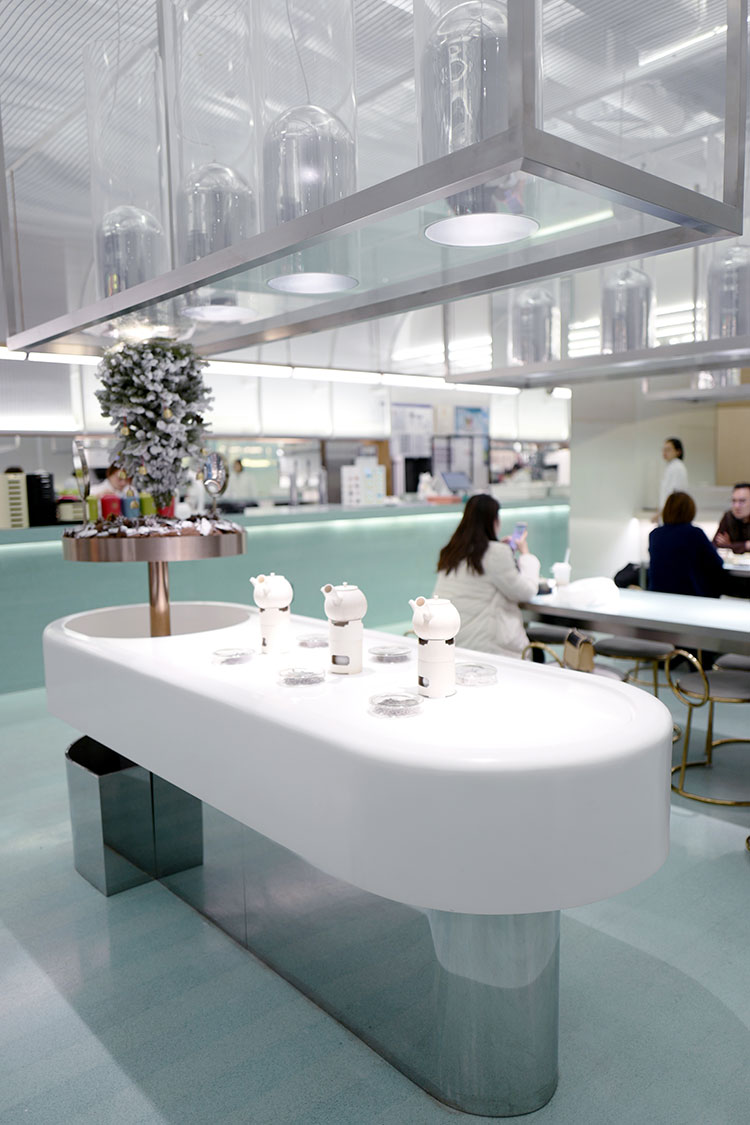