Paris-based menswear brand Homecore, created over 25 years ago as the first streetwear brand in France, has commissioned local practice Studio Malka Architecture to design its brand new shop on the famed Champs-Elysées. This project is inspired by the legendary spray can logo Krylon and Homecore’s Color Therapy concept. It’s a check to graffiti, a love declaration to the “Peace, Love, Unity and Having Fun” fundamental statements of this culture. 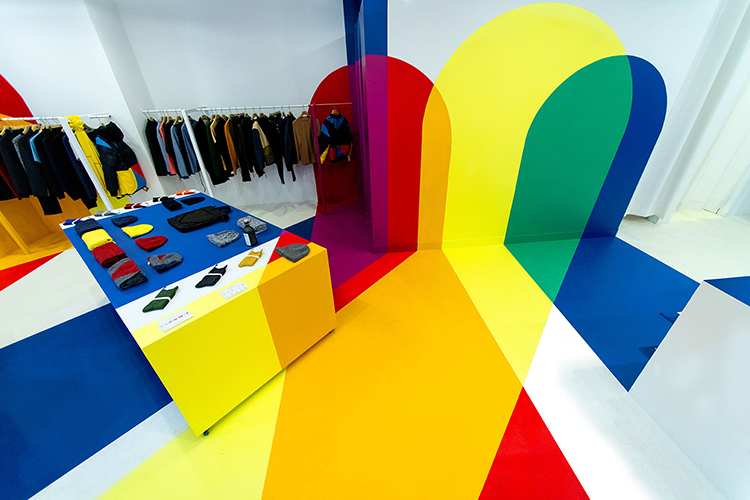 The seven arches which define the facade are the origin of the chromatic axis that crosses the shop, just like dropped shadows. Those openings act as Newton’s prism that disperses white light into the spectrum colors. Thus, the shop turns into a chromatic space, a physical representation of the chromatic circle where vivid tints intersect and add up on each crossing, creating alliances between the masses.

The intersection of each of the arcs creates an additive color: red adds to blue to create purple, or to yellow for orange, and so on. Each radiation corresponds to a refractive index, and each intersection is an additive synthesis of the circle where the colors transform itself. This project is a three-dimensional representation of the chromatic circle, and gives tangible form to the immaterial space of the spectrum, where the color structures the space just as a material. 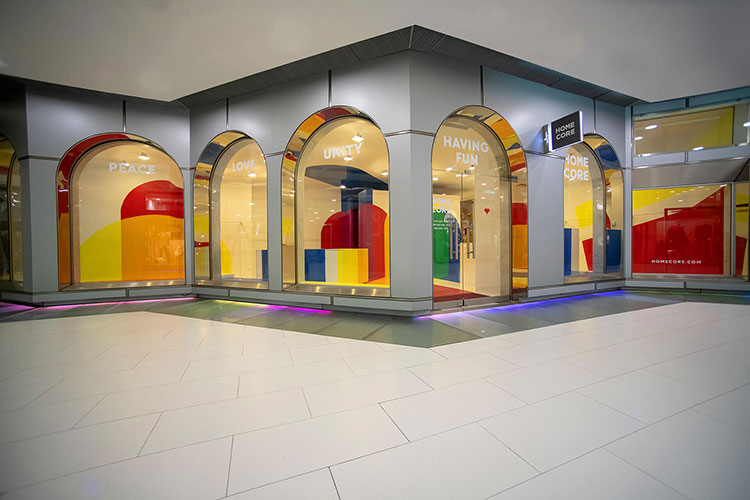 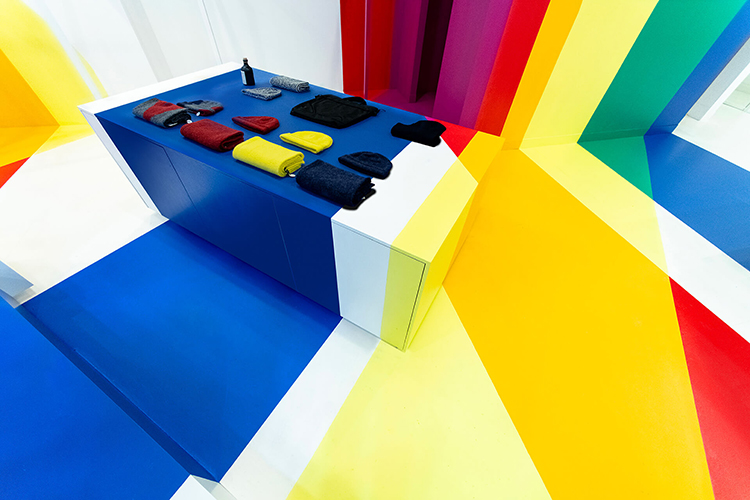 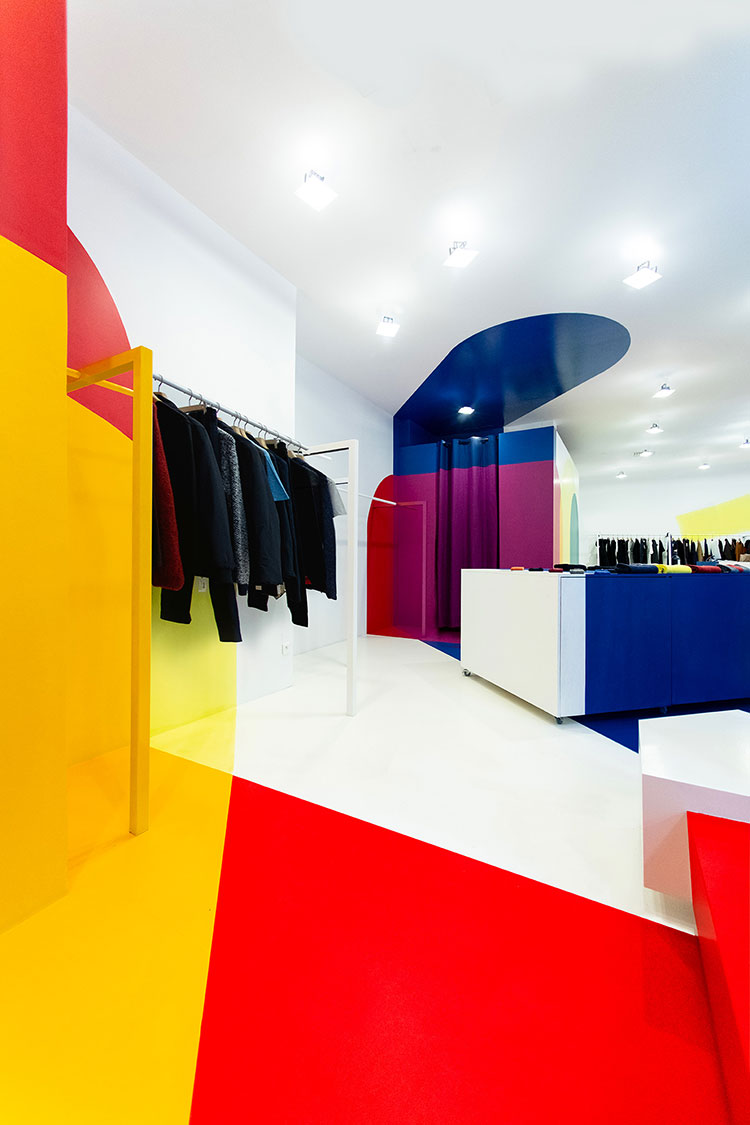