Contrasting colors and graphic elements are the characteristics of this second interior designed by Russian-based Asketik Studio for Bloom-n-Brew coffee shop in Moscow’s commercial district. Maxim Maximv, founder of Asketik Studio, describes his firm’s approach as “nothing decorative, just form for function” and this approach is evident at both Bloom-N-Brew venues. 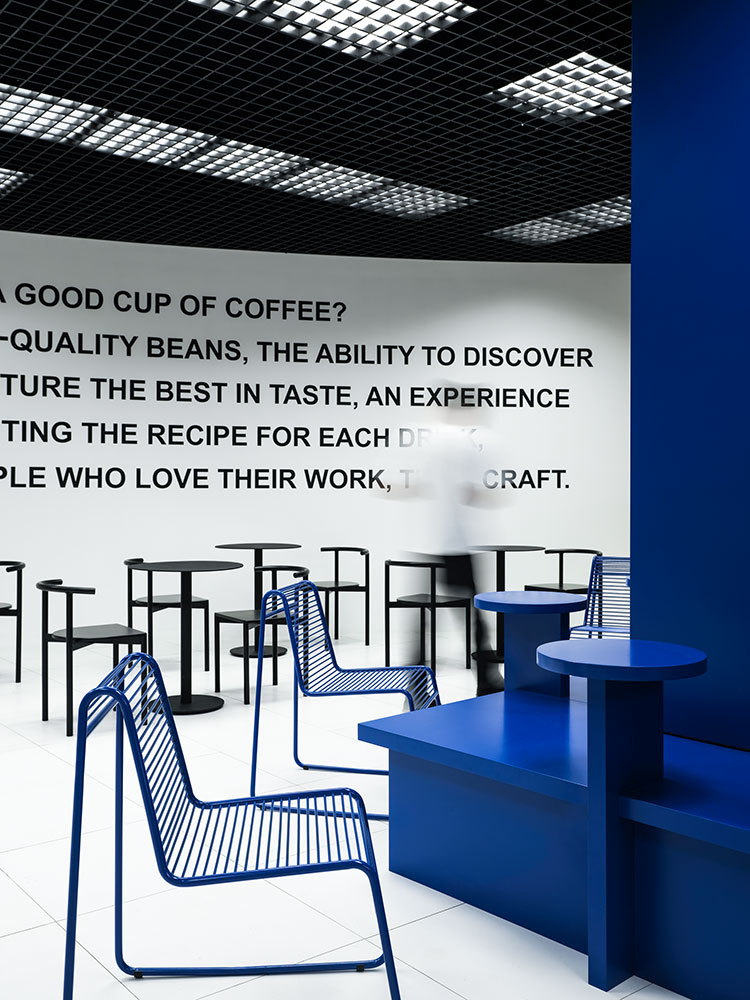 In the former factory, industrial lamps, brickwork walls, open ceilings and plants reflect the original purpose of the space. For this second outpost, situated on the basement level of a central skyscraper, the design team used the urban surroundings as starting point for the interiors.

“Inspiration for using some of materials was Moscow streets,” explain Maximov and his partner, Alexandra Siniagova. “Buildings tiled by small rectangle tiles, profiled sheeting on the balconies – that’s what we wanted to rethink and put into concept Moscow city. Here in the city of the future on the basement everything begins with the soviet Moscow, on which current generation has grown.” 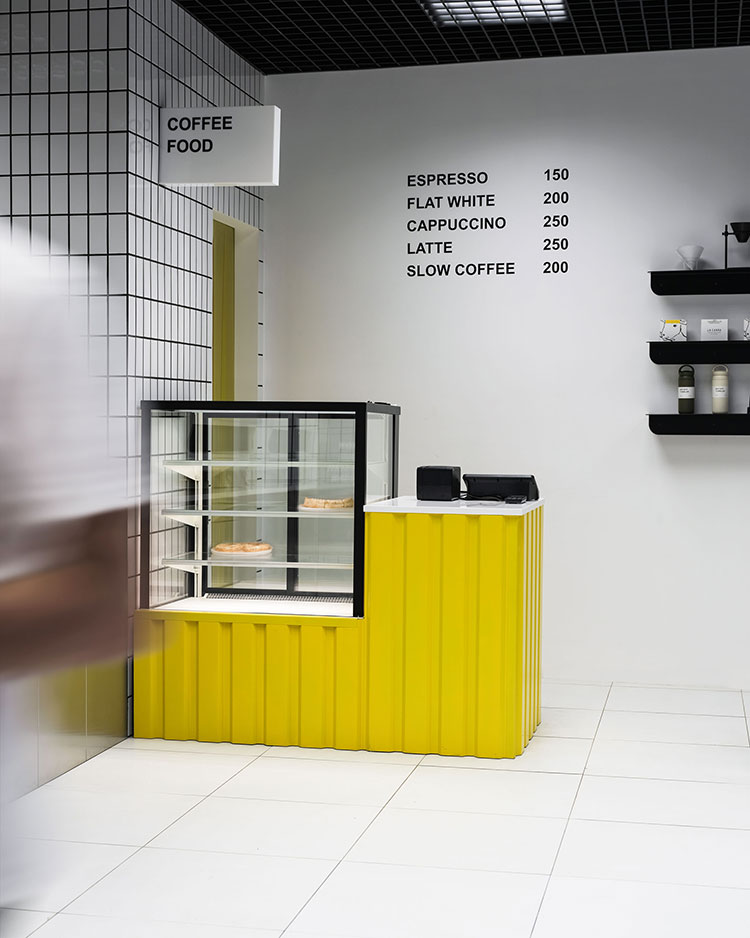 The U-shaped space has a strong graphic identity, which was kept focused through limited use of color, introduced only through a bold yellow and blue furniture collection. Directly referencing to their urban contest, the service area is clad in vertically oriented tiles and stainless steel panels. On the walls, a simple sans-serif typeface spells out the coffee brand’s philosophy, which emphasizes quality, experience and a love of the barista craft. 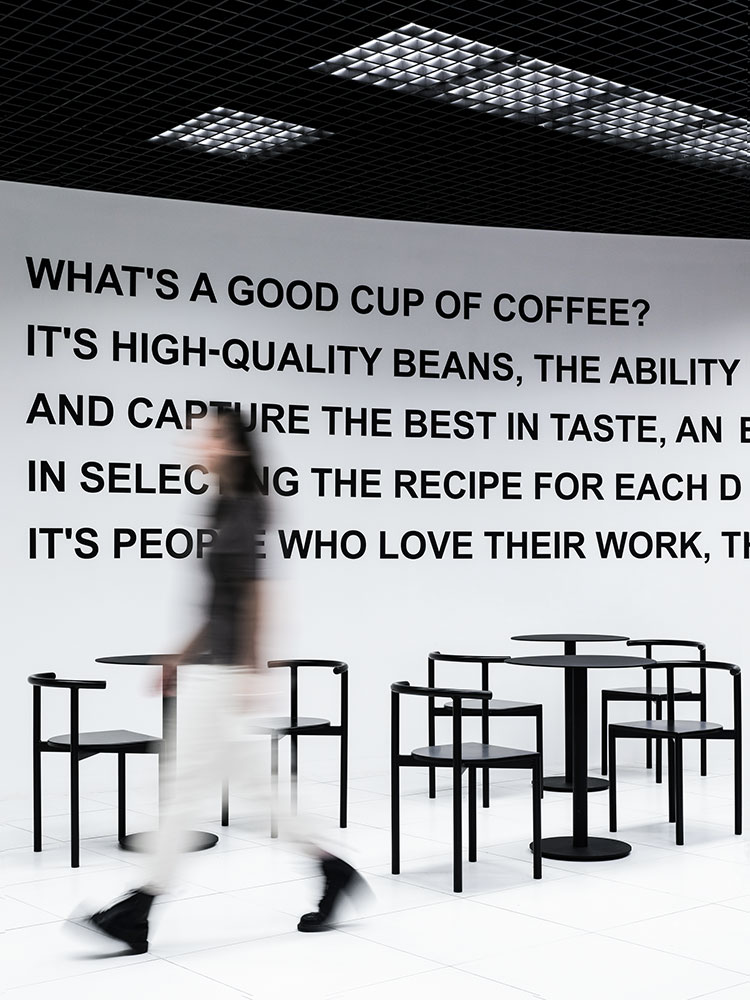 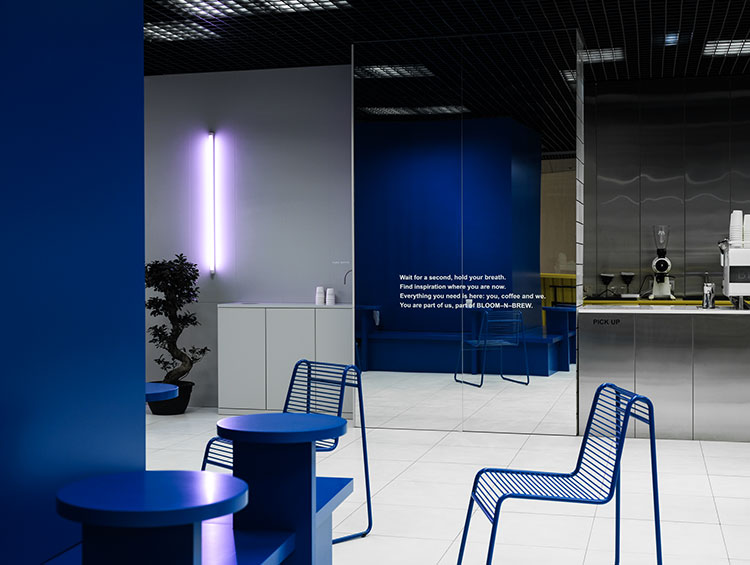 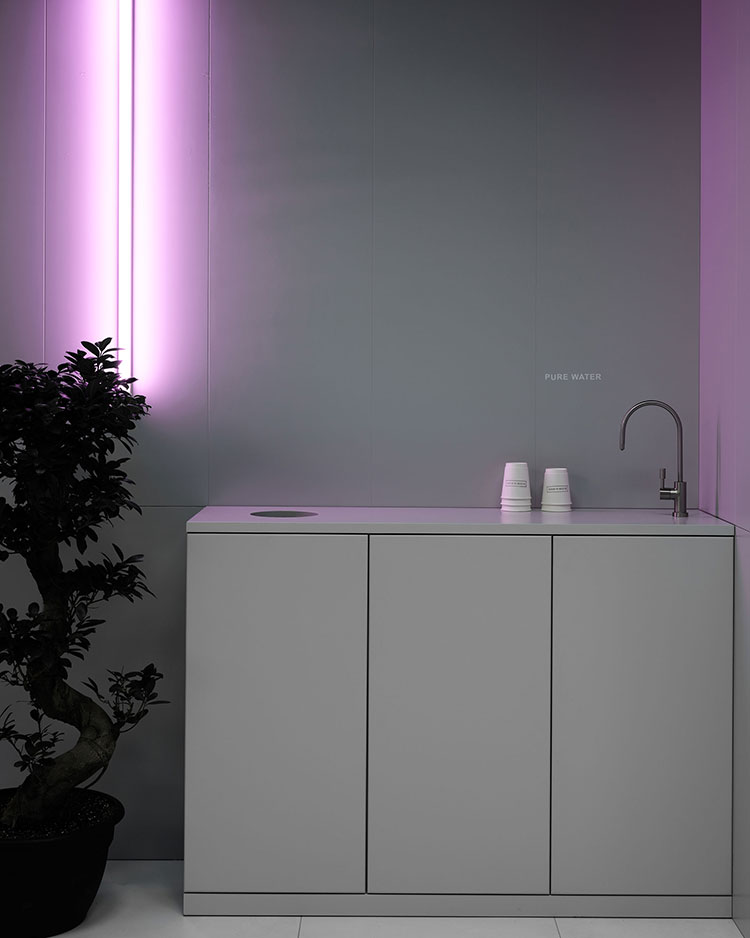 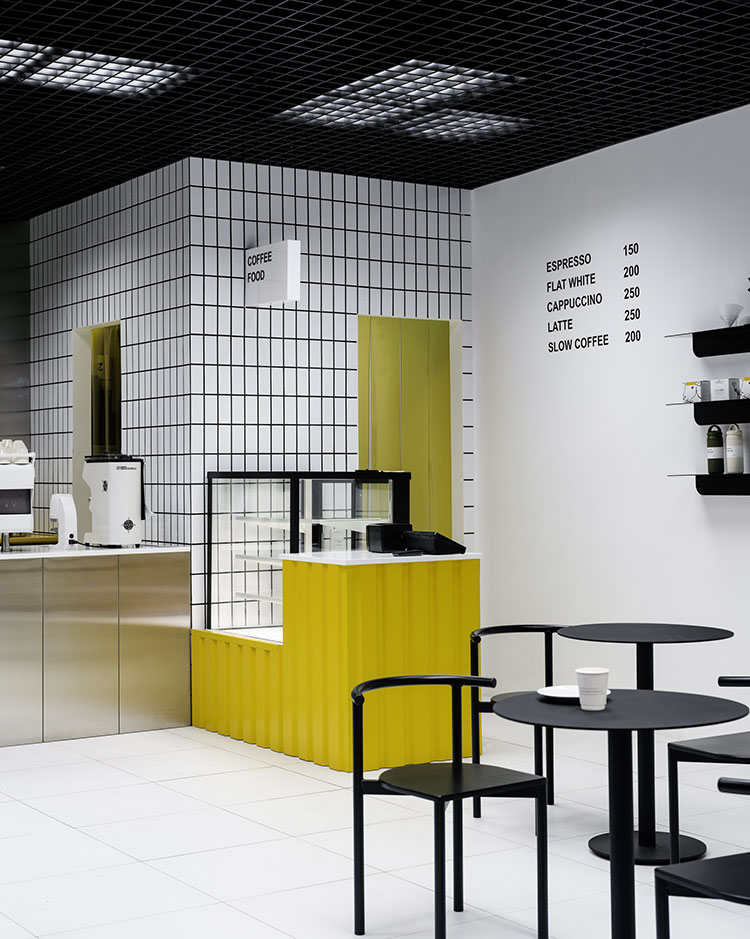 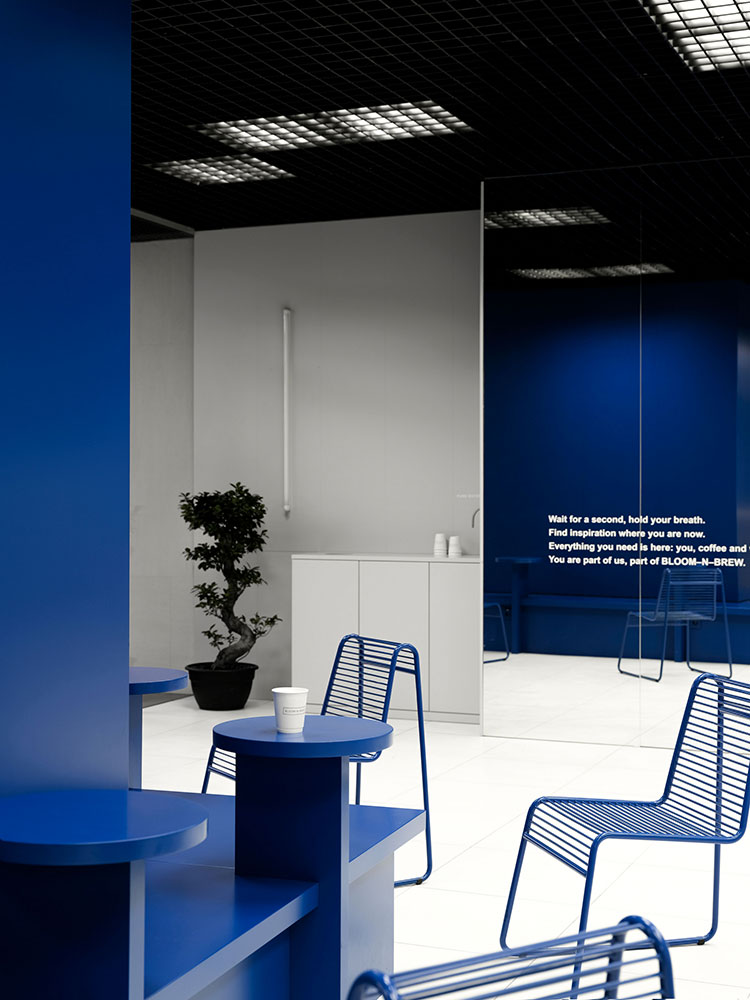