Healing Stay Kosmos is a new luxury resort in a stunning volcanic island in South Korea where you can rest and boost your spirit through ying and yang in a tranquil space with an exceptional design. It takes some effort to reach the volcanic Ulleungdo Island on which the hotel is set – a logistical challenge that involves a 350km trip due east from Seoul as the crow flies, and includes a three-hour ferry ride from Gangneung port. Persistence, however, will pay handsome dividends. 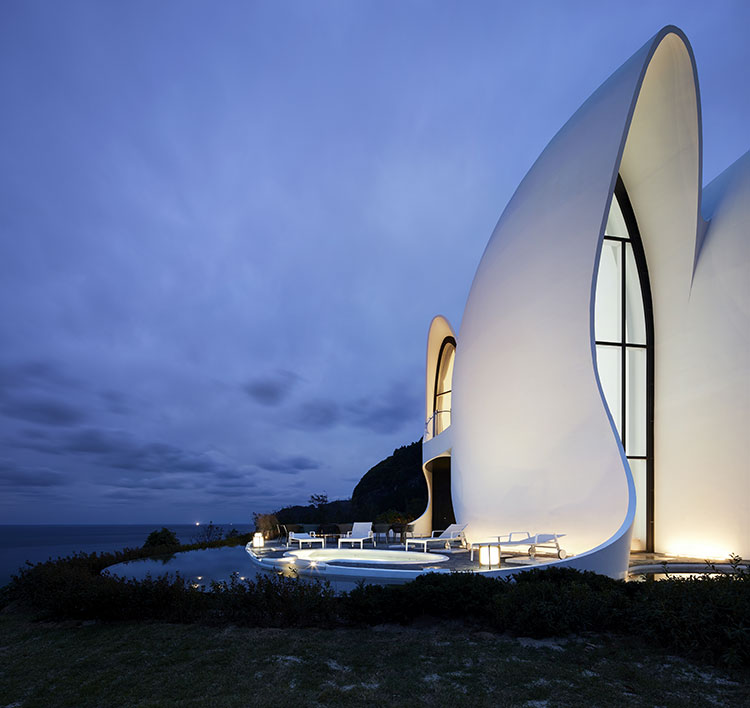 The ambitious project saw the principal Changjoong Kim of a leading local architecture studio The System Lab uses the ultra-high performance-concrete to create the other-worldly feel of the hotel’s exterior. The System Lab created an environment that acts as a serene enclave, all the while providing the luxury and refinement of the top-end resort. He aimed to create a landmark resort in the heart of a stunning island famous for its wild nature.

The resort is built as an observatory where people come to observe and appreciate the spirit of the sky and the earth. That’s where the name Kosmos (the origin of the word Cosmos) comes from. The architectural form of The Kosmos echoes the shape of the swirl. From the early stage of designing, the mysterious movement of the sun and the moon, gathered by the astronomical and meteorological observatory computers, was reflected on the shape of the building. 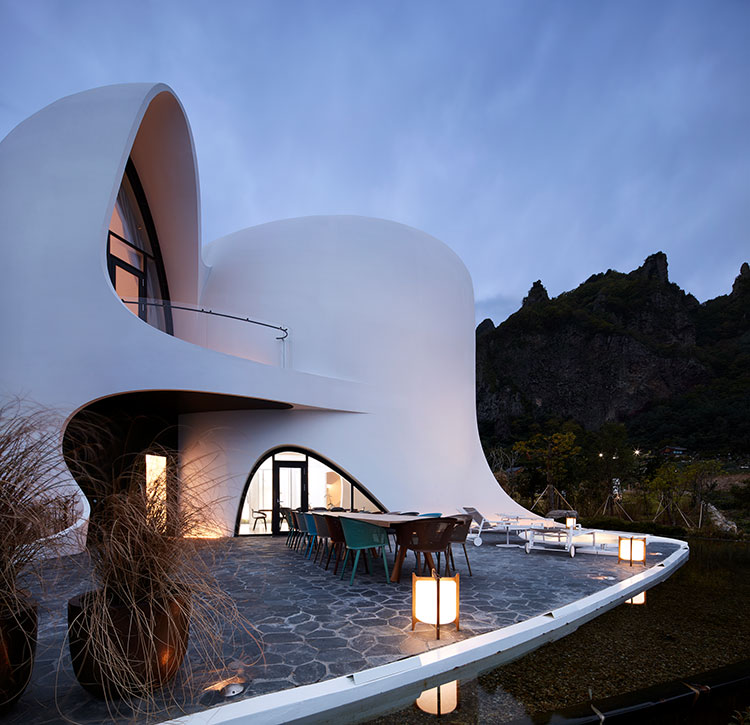 Six swirl-shaped branches are turned into four rooms which are designed to help hotel guests interact with wonders of nature surrounding the hotel. Differently themed rooms will help connect the person who stays there with nature through ‘chi(energy)’ spirit.  The interior designer is also done by The System Lab which wanted to capture the spirit of the Five Elements of the universe and designed each rooms at Villa Kosmos under different themes, including Mars(fire), Mercury(Water), Jupiter(woods) and Venus(Gold). The four pool villas boast unique view of the island. 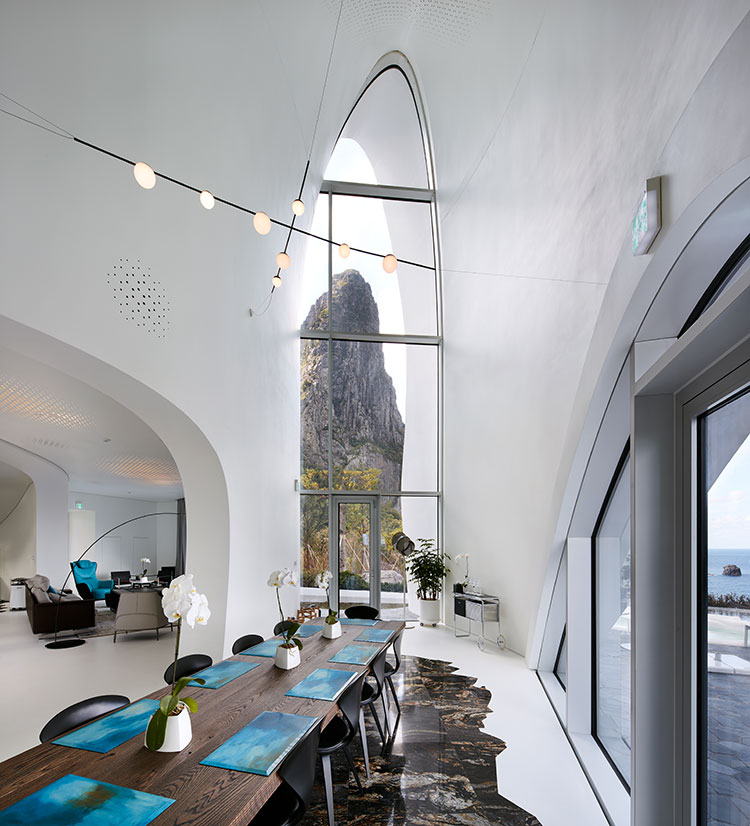 Surrounding the moon object, the first floor of the Villa Kosmos is designed to invite the spirit of the moon which hangs over Songgot-bong (ice pick peak) to inside. The lounge is designed to enjoy the view of Elephant Rock while guests take rest sitting on a comfortable sofa and enjoy entertainment with other guests in their group.

The dining room which seats 10 people around a bespoke oak tree table made by a local designer Jeongsup Lee of The Naechon presents a magnificent view of Songgot-bong while the bar has a floor made from volcano rock to reflect the origin of the volcanic mountain surrounding the property.

There are two saunas which symbolizes the moon(Yin) and the sun(Yang) respectively, and two sauna rotate for two genders every day so that Yin and yang marry.  On the outside, infinity Jacuzzi using water melted from snow stacked in Nari Basin (famous volcanic basin in Ulleungdo) will make guests feel they become part of the sea over the cliff. 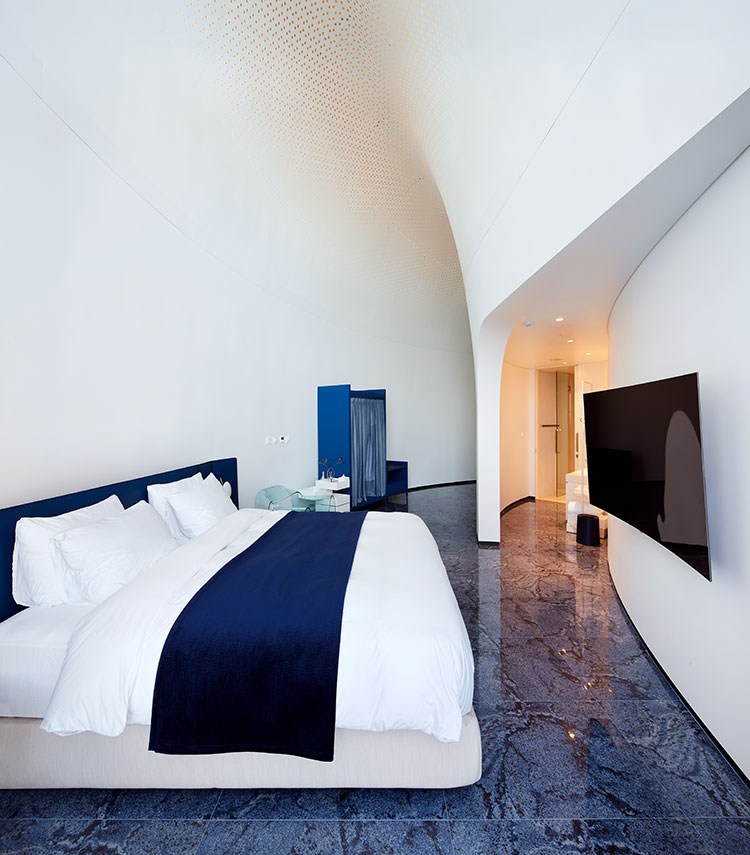 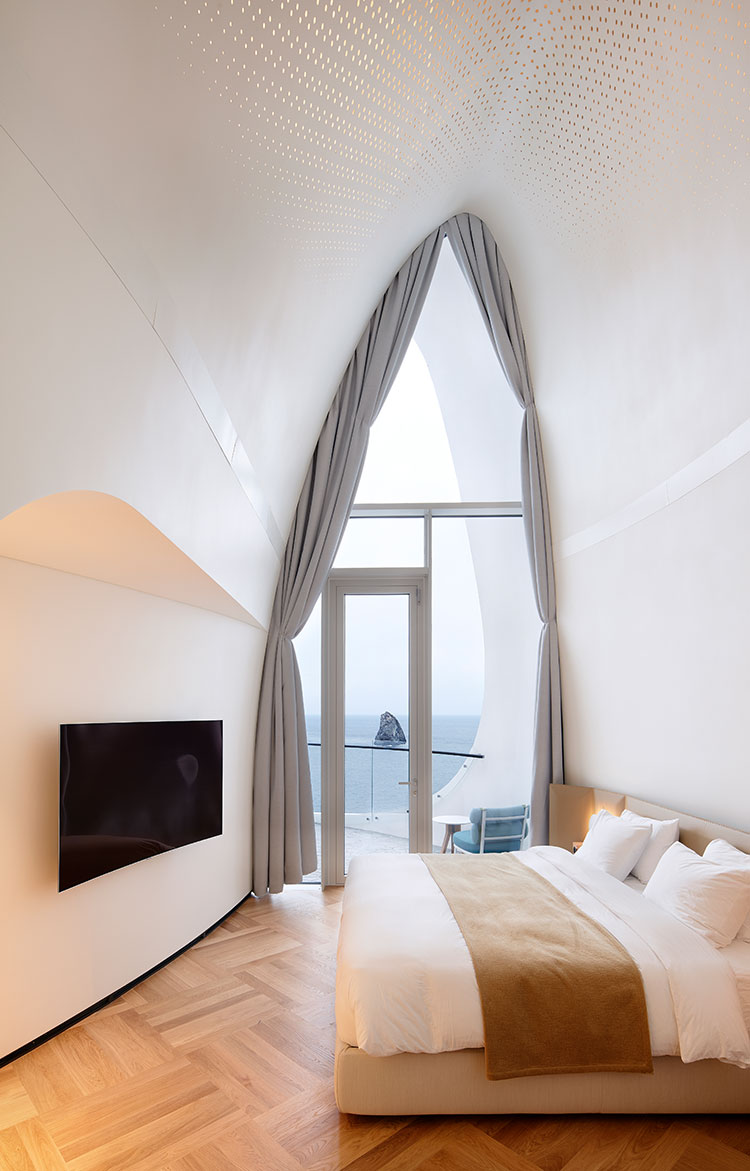 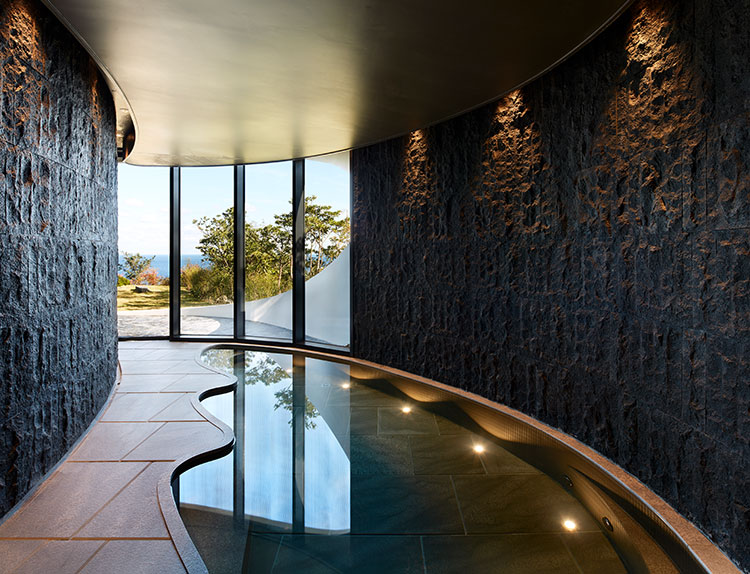 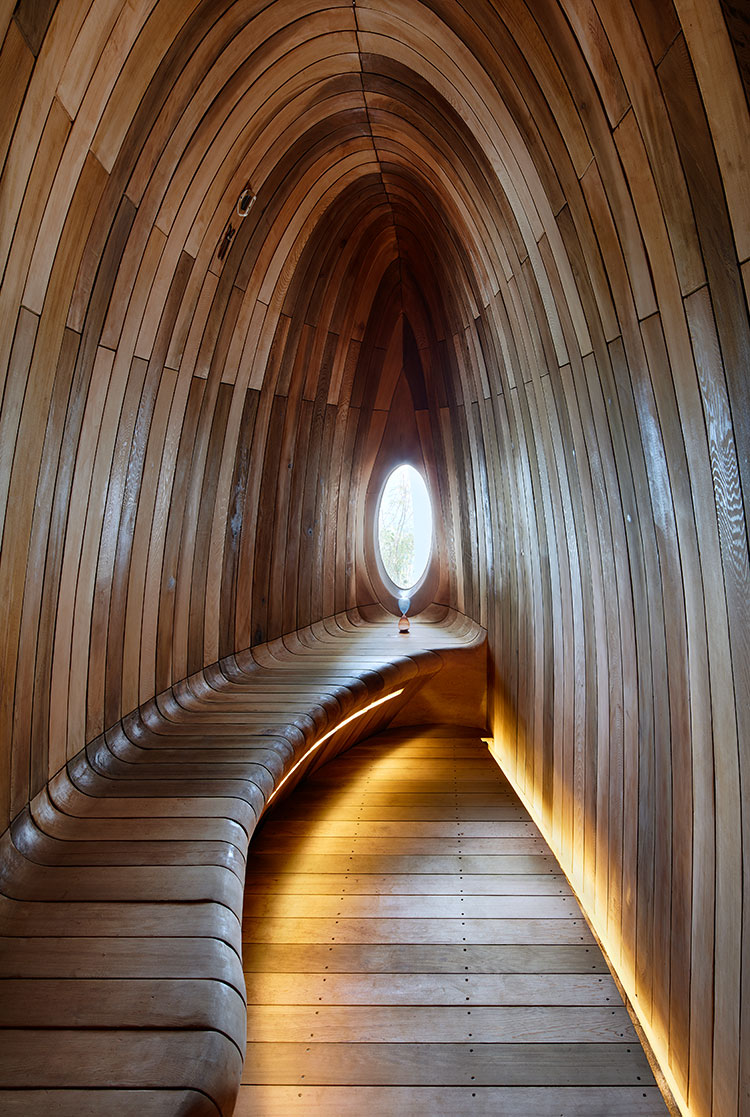