Tucked behind the facade of the “Nouveautés”, the cultural Mecca created at the beginning of the 20th century, which successively welcomed a theater and a cinema, French studio PPA Architectures has recently completed the new Mama Shelter Toulouse. To adapt the historic building with few facades facing the road with its new institution, the design team has created a ‘breathing space’ inspired by the courtyard – the garden of a traditional Toulousan building (a “green” microcosm acting as a counterpoint to the “mineral” residential streets). This courtyard – terrace – linear garden, traverses the entire depth of the block, serving the bedrooms and the restaurant on the ground floor. 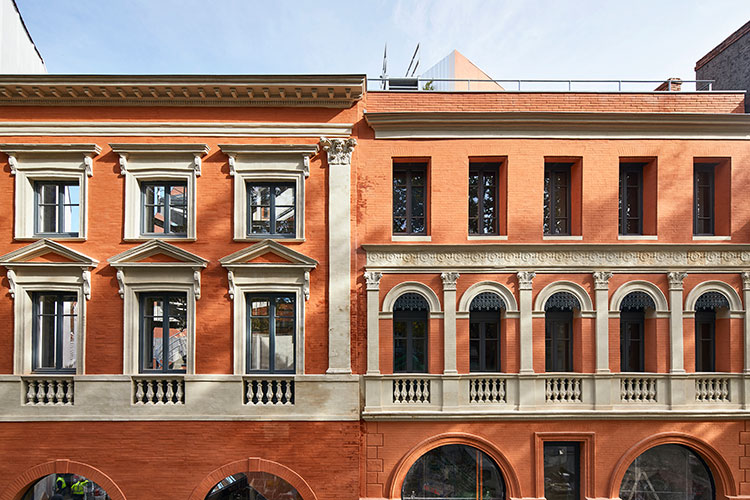 The entire public part of the ground floor stretches across the whole depth of the plot, facing the courtyard – terrace in a band that corresponds to the width of one of the two entities that comprise the heritage façade of the Nouveautés.

It consists of a single volume comprising of the reception area of the hotel, the vertical circulation accessing the upstairs bedrooms and a large restaurant, fully glazed that overlooks the courtyard. In the basement, a projection room with approximately 50 places for public or private purposes reinforces the desire for cultural provision shared by the City of Toulouse and Mama Shelter. 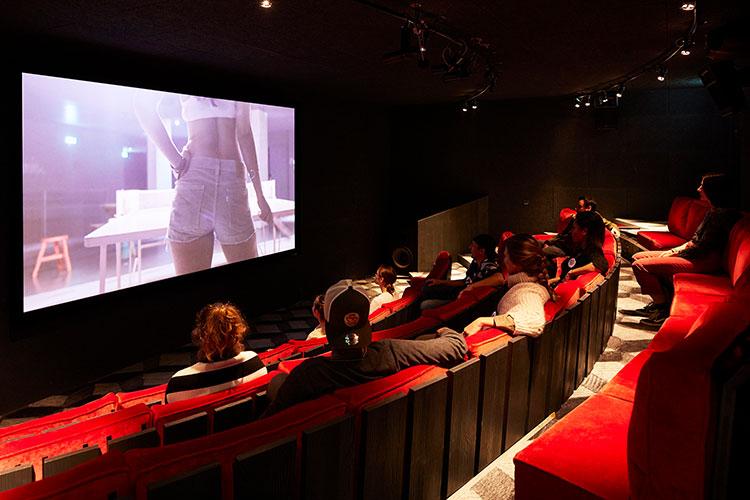 The floors of bedrooms form staggered compact blocks penetrating the depth of the plot. Its linear massing occupies 5 floors, numerous horizontal windows alternate with red bricks, plaster of the same color or corrugated natural aluminum, depending on the facades and their orientation. Conceived with the designer Thierry Gaugain, the rooms are both compact (21sqm average), comfortable and generous, largely opening onto the street or the courtyard with full-width large bay windows, whose low sill provides seating. 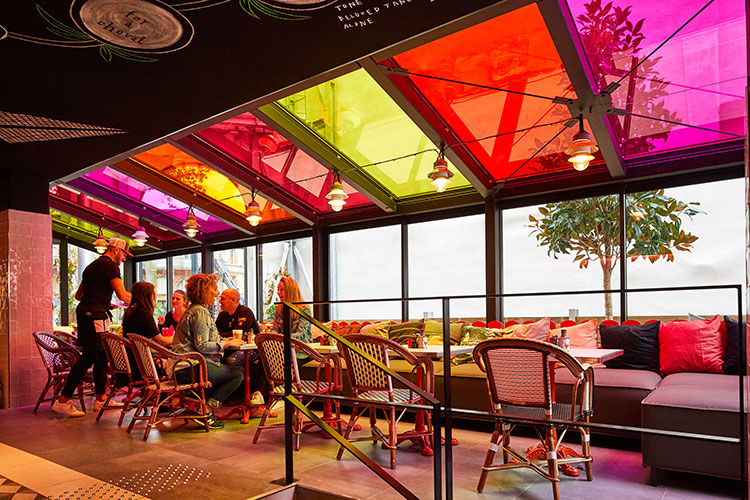 Overlooking the building, above the traditional roof that extends above the historic facade, a designed terrace completes the building. It is a complementary restaurant and leisure area facing the roofs of the city, inscribing the “Mama” in the Mediterranean culture of the city, colonizing, as in Rome for example, the city’s roofscape. 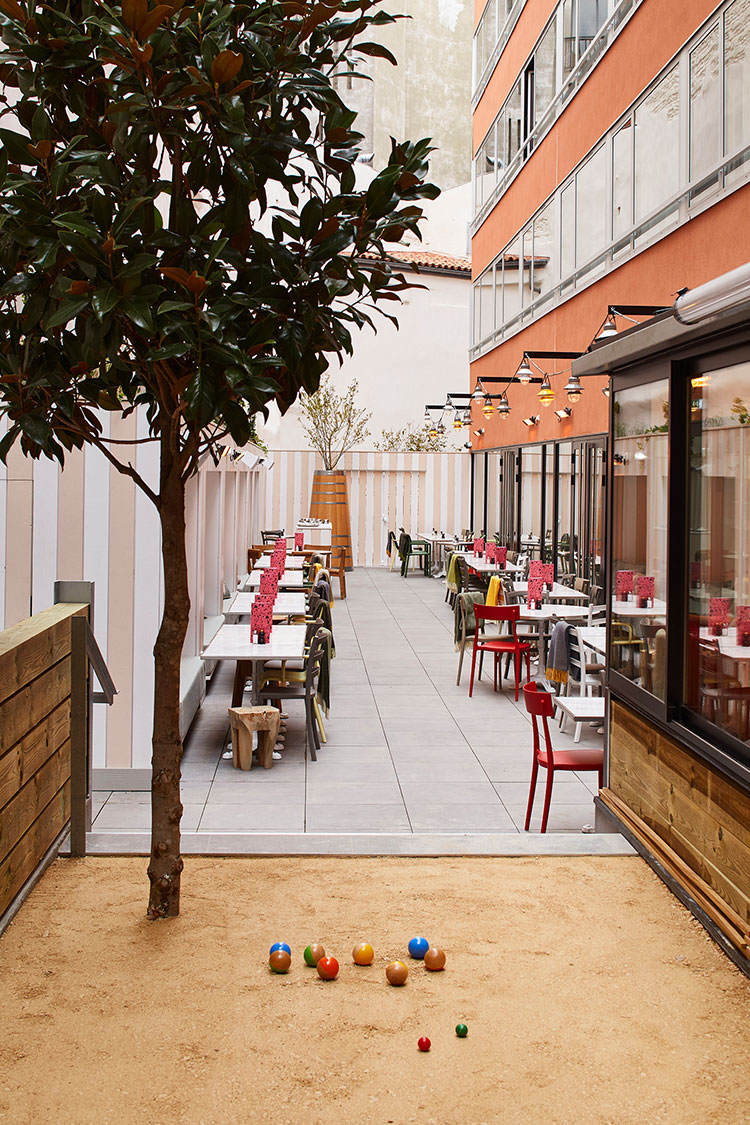 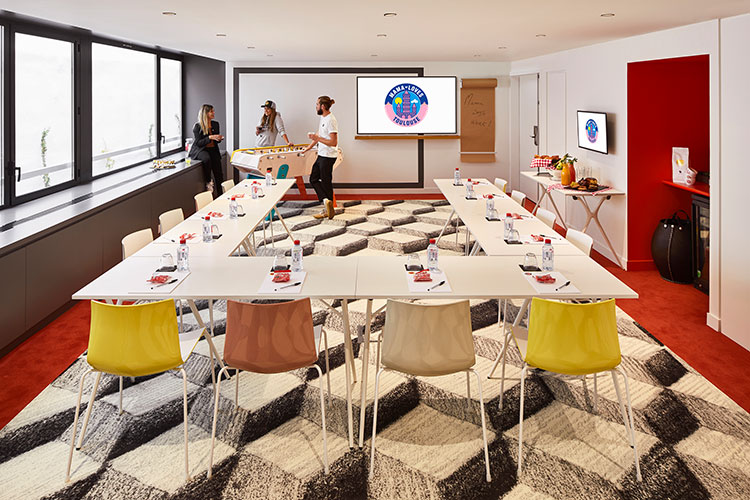 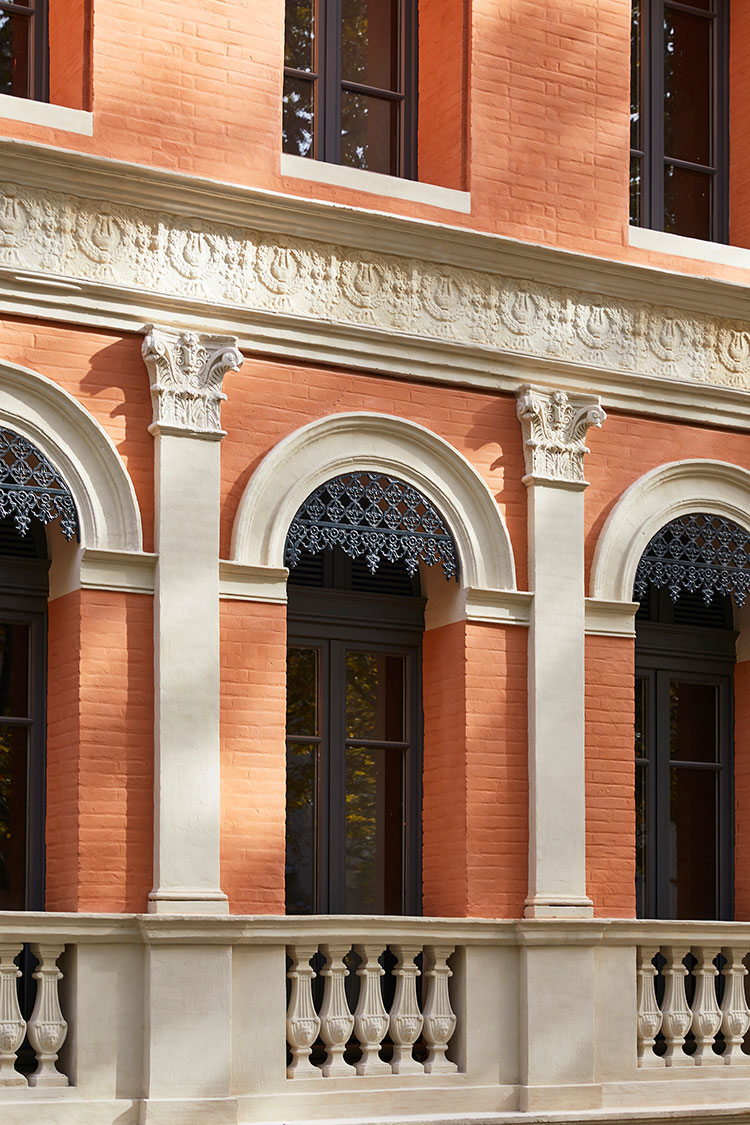 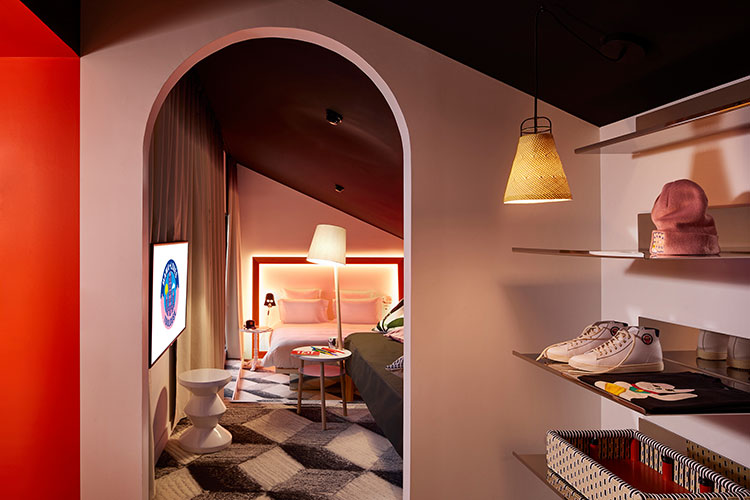