After the successful opening of the first Kento take away shop, specialized in sushi and other dishes from the Japanese kitchen, a year ago now Eduardo Hijlkema decided to continue with his expansion plan. Getting back to work with design studio Masquespacio, although this time he decided to open a shop 100% focussed on a takeaway service. 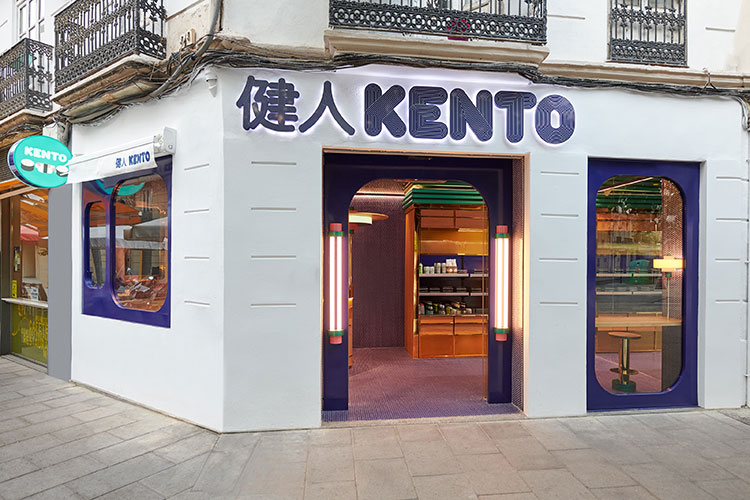 The new 25 sqm venue maintains the brand identity by reusing the existing colors but changing some of the materials for a fresh take. Masquespacio has layered the store’s ceiling with a mirror, to make it look bigger than its real dimensions, and used reflective metal in several elements to create an amplifying effect.

The rounded forms of the window frames add to Kento’s intriguing facade without touching the colors and materials of the existing building. At the same time, a window has been added to offer passersby a glimpse of the sushi chefs working, showcasing the freshness of the products. 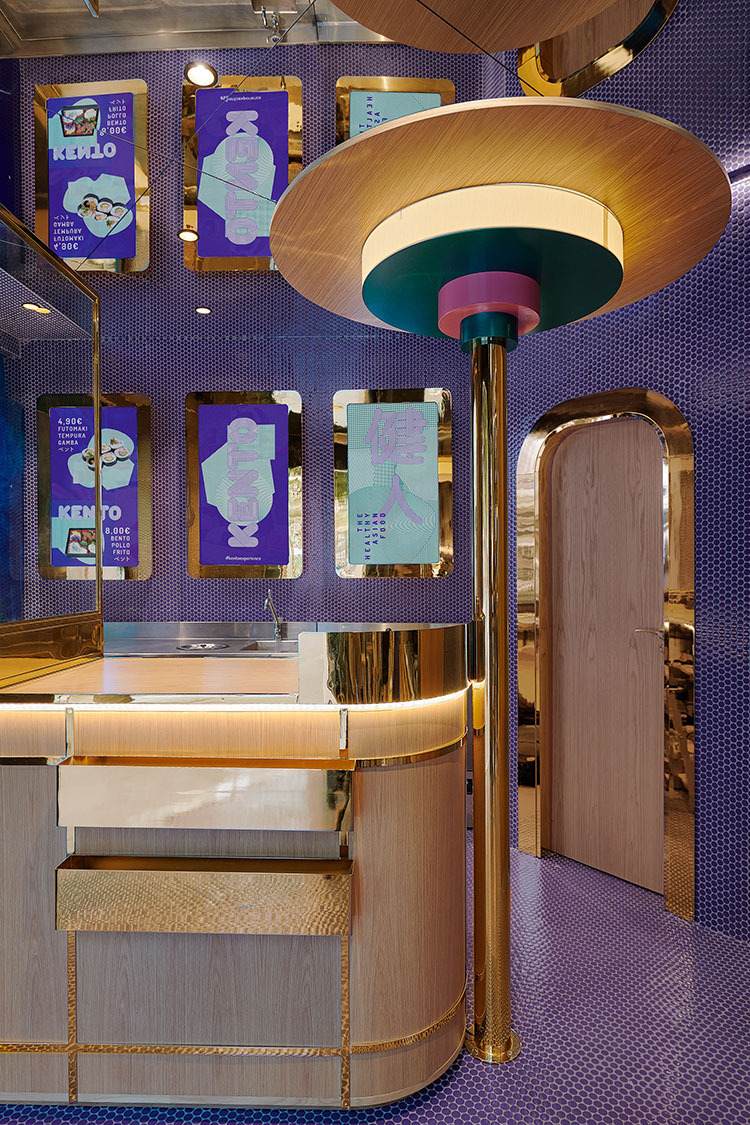 “Our aim on a design level is to convert Kento’s sushi in an object of desire,” says Ana Hernández, creative director of Masquespacio. “It’s like creating a sushi boutique open for any type of customer. We feel that with this second Kento we have made this step.”

“Actually in retail it is not only about what you are selling, but about how you are selling it,” adds Eduardo Hijlkema, founder of Kento. “Kento we want to offer a high-level customer experience with a lot of design, packaging and customer service.” Last but not least, Kento is already working in his next point of sales, with a new opening after Summer that like the first space will have both sushi to take away and to eat in the shop. 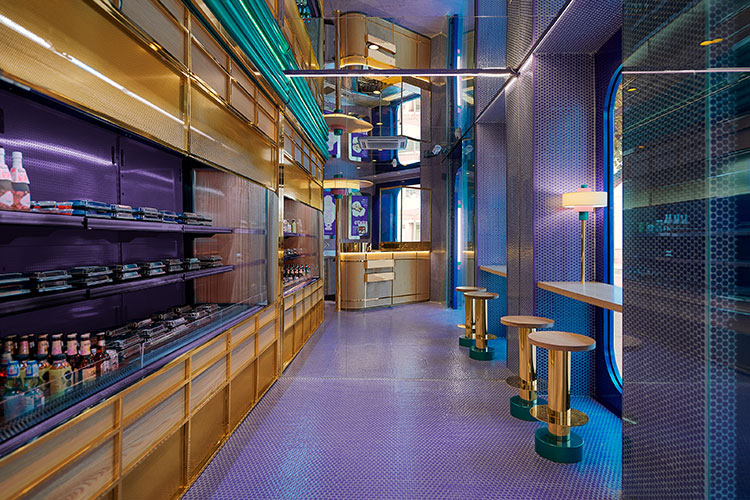 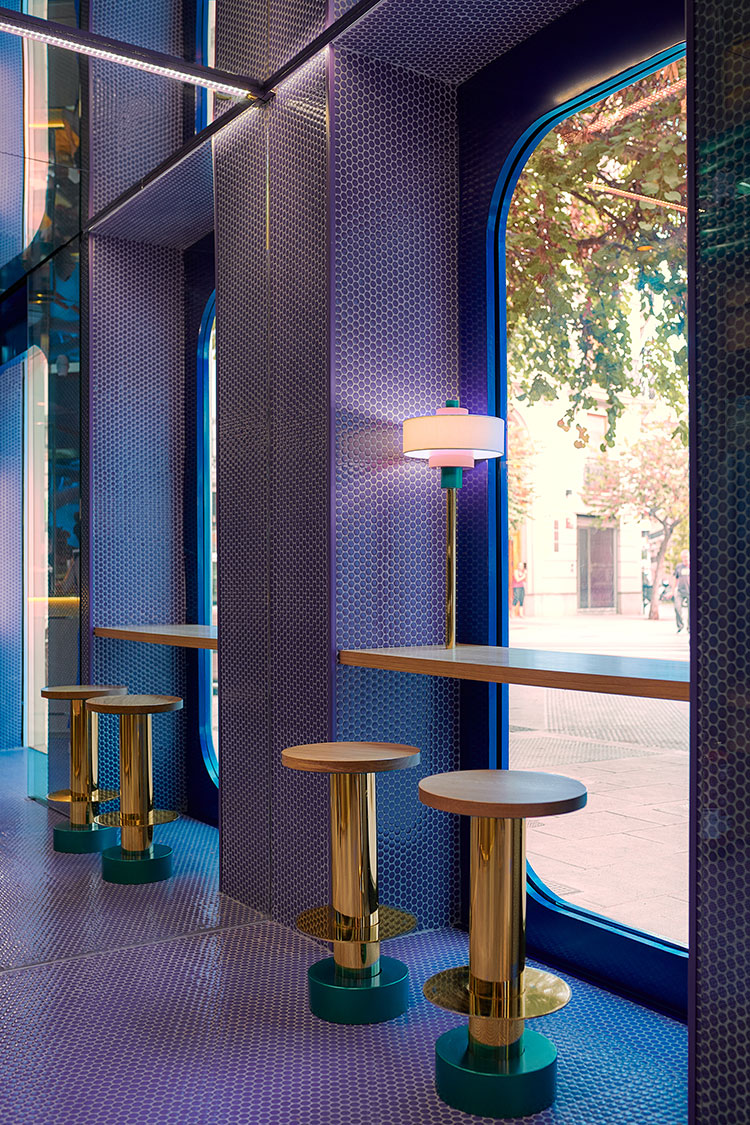