British architectural designer John Pawson is the latest designer to transform the Valextra flagship store in via Manzoni, Milan, following the likes of Snarkitecture and Kengo Kuma. Pawson’s project considers the space as a whole, incorporating key aspects that have come to define his work, from a monochromatic palette to the use of light and the seamless integration of new elements within the existing architecture. From the street, passers-by can see all the way into the store, which has been opened up structurally to create a welcoming, immersive, luminous environment, reinforcing the impression that this is Valextra’s home in Milan. Inside, guests are encouraged to walk through a sequence of three rooms, each incorporating the subtle drama of a different light identity. 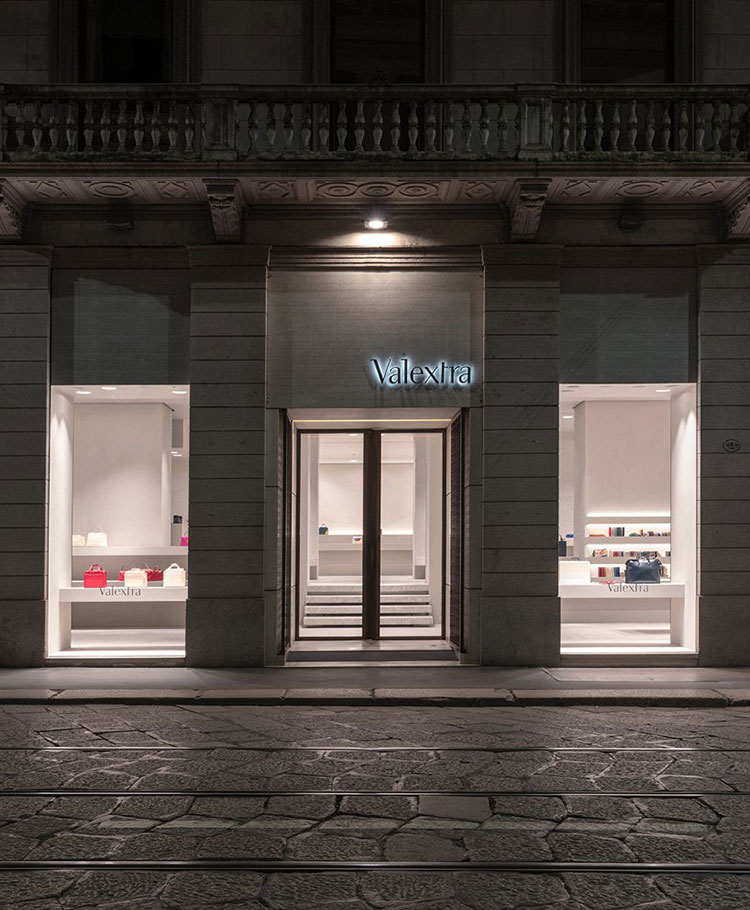 The space appears rigorous, monumental; this is an all-encompassing, pure architectural project which entirely redefines the scope of the store’s interiors. The vision of the intervention is not simply to create a container for the product, but a spatial narrative that enhances the experience of proportion, surface and scale. The architectural language of simplicity produces a gallery-like interior, whose charged character derives from the restrained use of color and light.

The design is based around a series of compositions featuring suspended with the existing ceppo di gre floors. With each individual piece fabricated by hand, the installation, much like Valextra’s bags, reflects the commitment required to realize an apparently simple vision. At the back of the store, the floating elements are replaced by a generously scaled table that visually anchors the space. A sequence of mirrors offers graphic glimpses of the surroundings, enhancing the sense of openness that lies at the core of Pawson’s work. 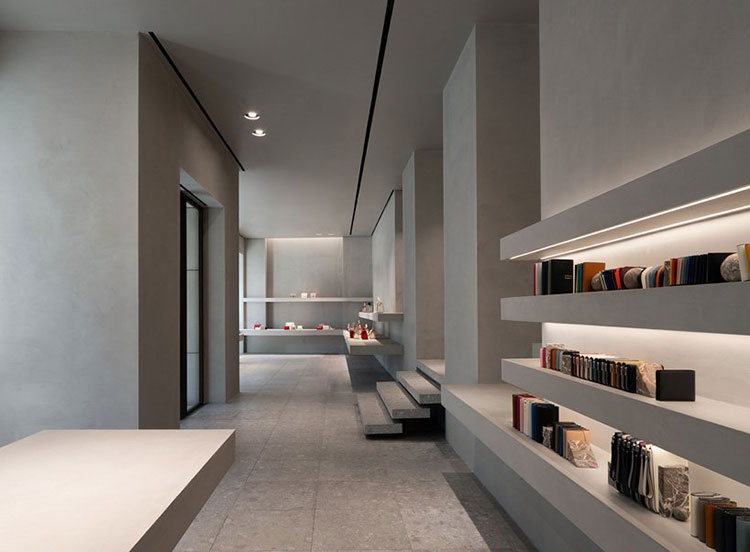 As a debut for the new face of the Via Manzoni store, Valextra presents its Spring/Summer 2019 collection-a series of classic pieces featuring hold, graphic motifs. The brand s most iconic bags, from the Iside to the Brera, are presented in a bright palette of emerald green, cedar and lobster red, contrasting with black and white shapes and alluding to 90s graphics. Located within the context of Pawson’s sensual but rigorously pared back installation, these colorful pieces will speak powerfully of the dynamism of Valextra’s aesthetic vision. 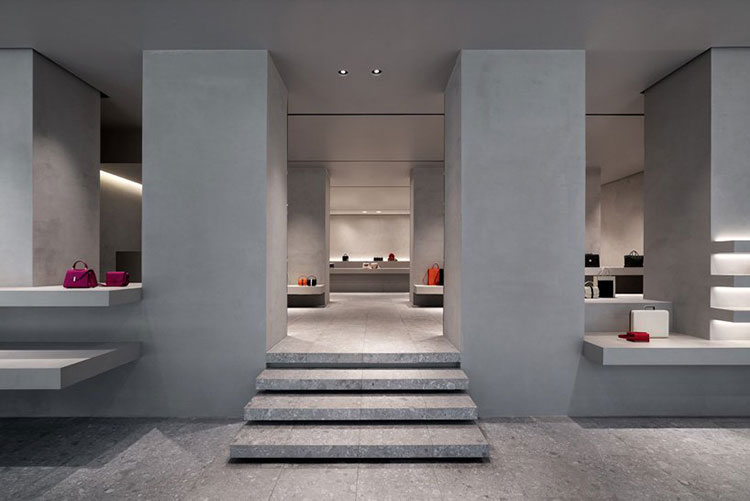 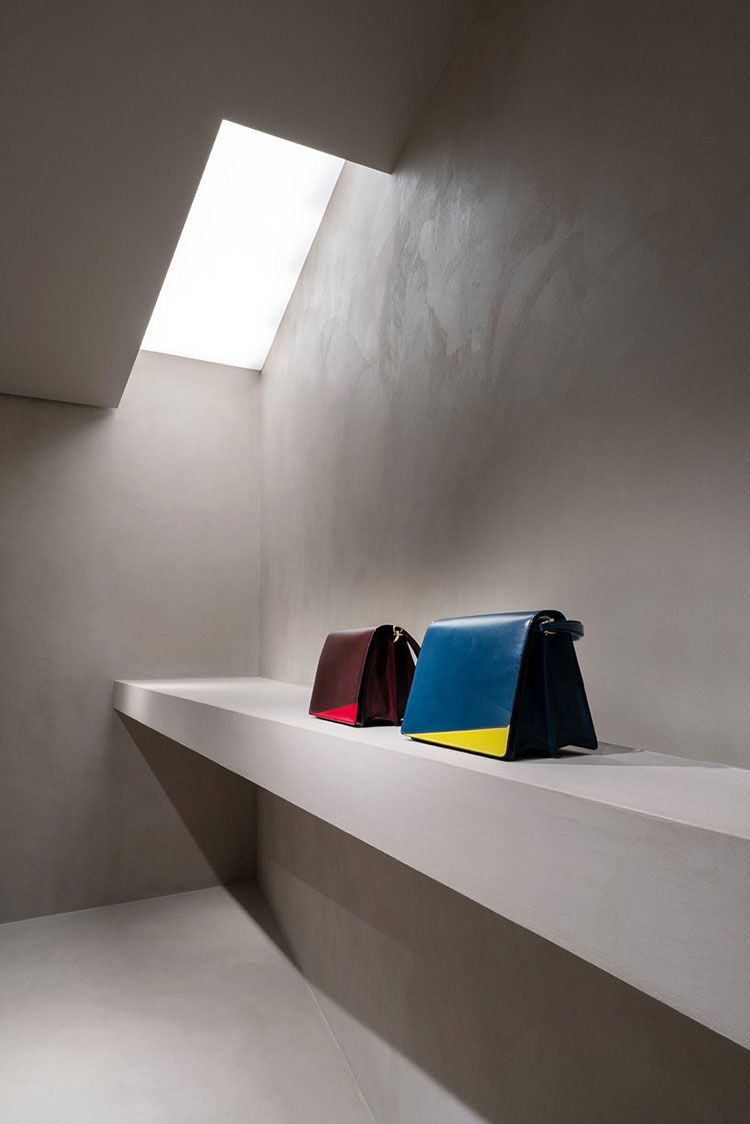 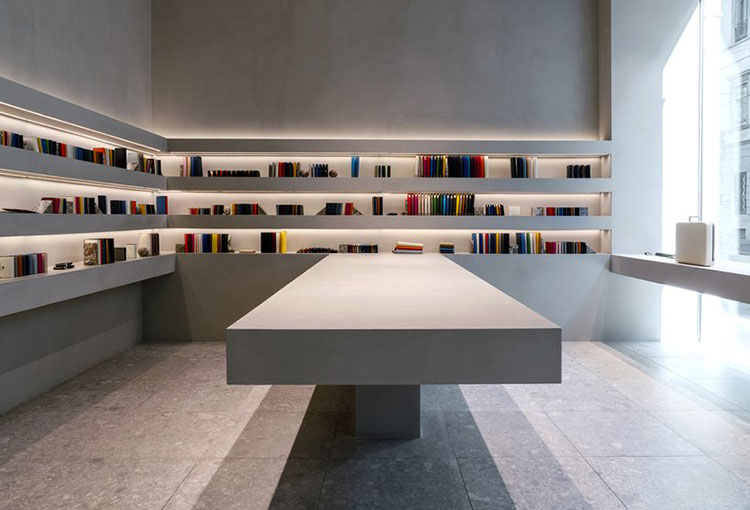 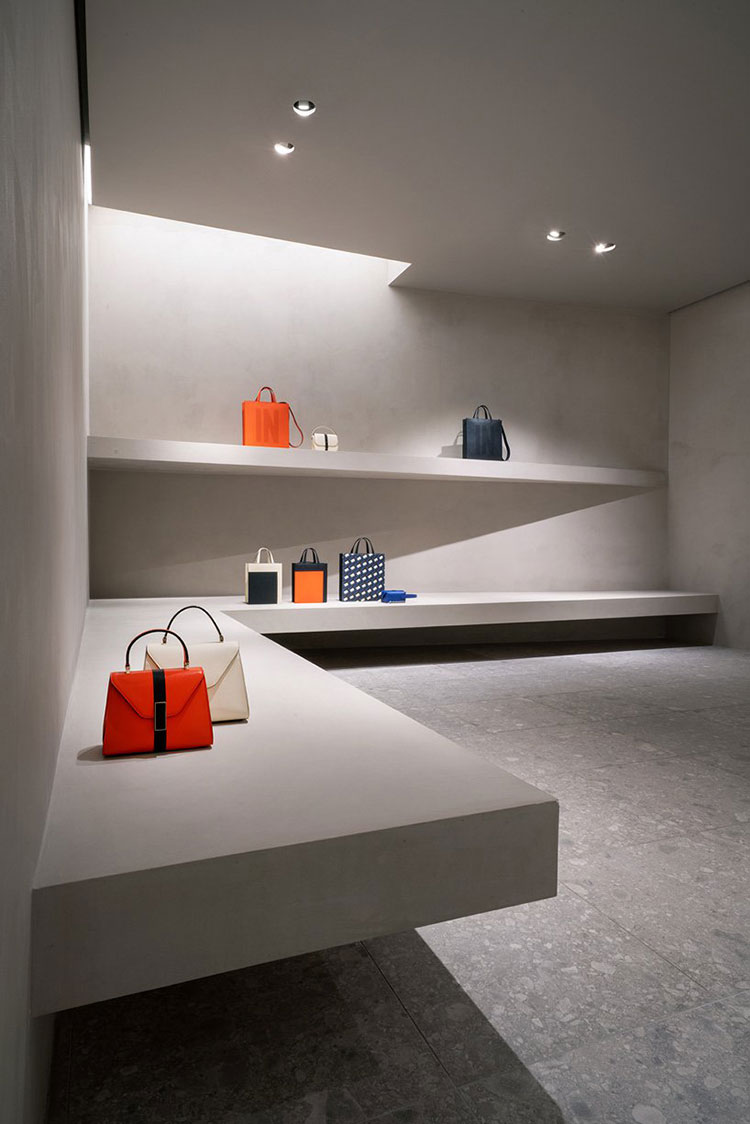 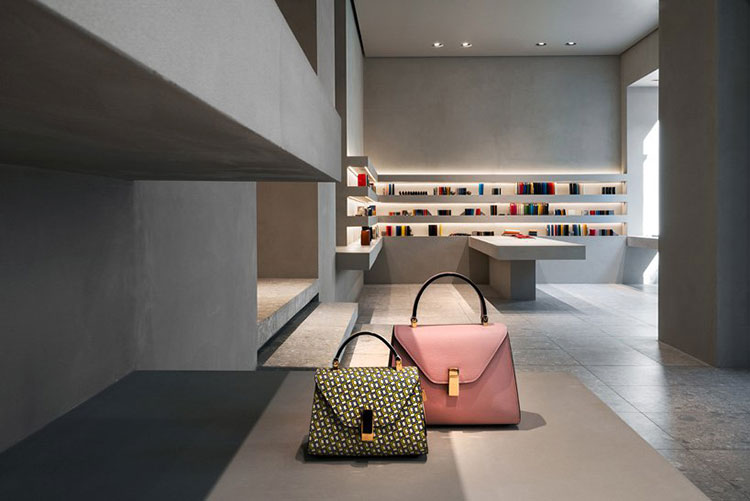 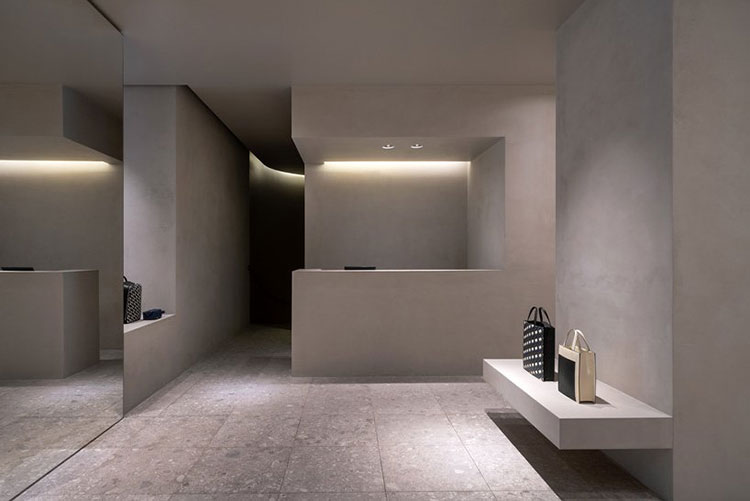 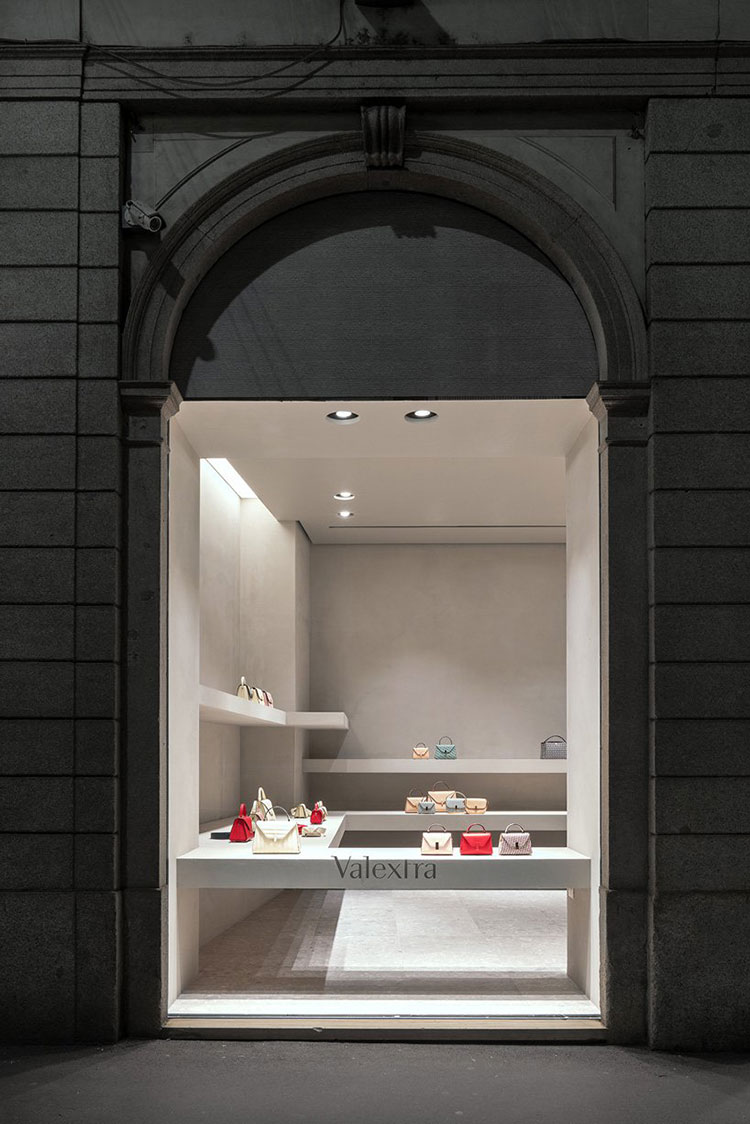