As a traditional culture since Han Dynasty, tea drinking still plays an important part in Chinese people’s daily life. From the traditional Chinese tea ceremony to young people’s favorite tea drink brand Heytea, MOC Design Office witnessed that traditional culture had stimulated many new forms as the advancement of the time. In this tea drinking space located at Zhengzhou Grand Emporium, a modern approach, which is more related to young people, is employed to reshape Chinese traditional calligraphy and explore the possibility of calligraphy in the context of the new era, achieving the high-level integration between the space design and Heytea’s brand spirit. 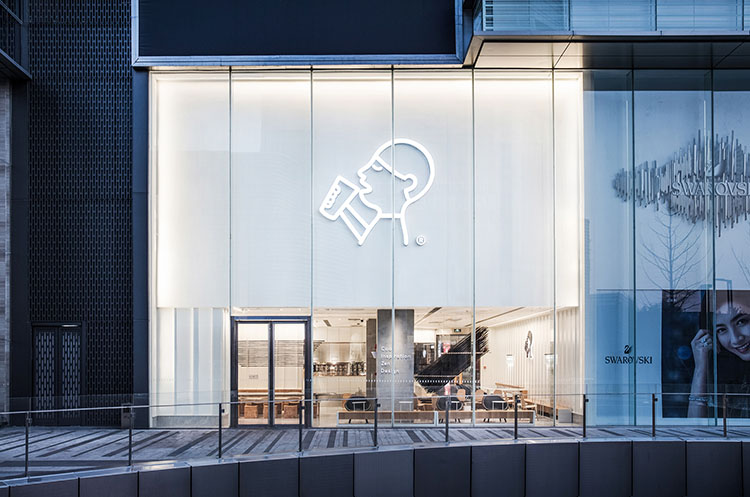 Tea has inspired the literati for thousands of years. Tea is not only an essential drink in the social occasions among Chinese ancient intellectuals but also the spontaneous inspiration for ink and wash improvisation. The medium for Chinese art of calligraphy is water and ink and it is particular about the rich spiritual core delivered in the simple lines, just like tea offering different tastes.

The basic element of calligraphy is stroke. The stroke, either dry or wet, strong or light, steep or gentle, carries significant meanings. The design team vividly transformed ink-wash strokes in calligraphy into the art installation in the space. With the white space as paper, the black bamboos are hung up in the air, just like the brush touch in a three-dimensional space. As time goes on, new-style tea drinking extends the life of tea culture. Together with Heytea, MOC Design Office worked to explore more possibilities to connect the traditional culture with young generations. 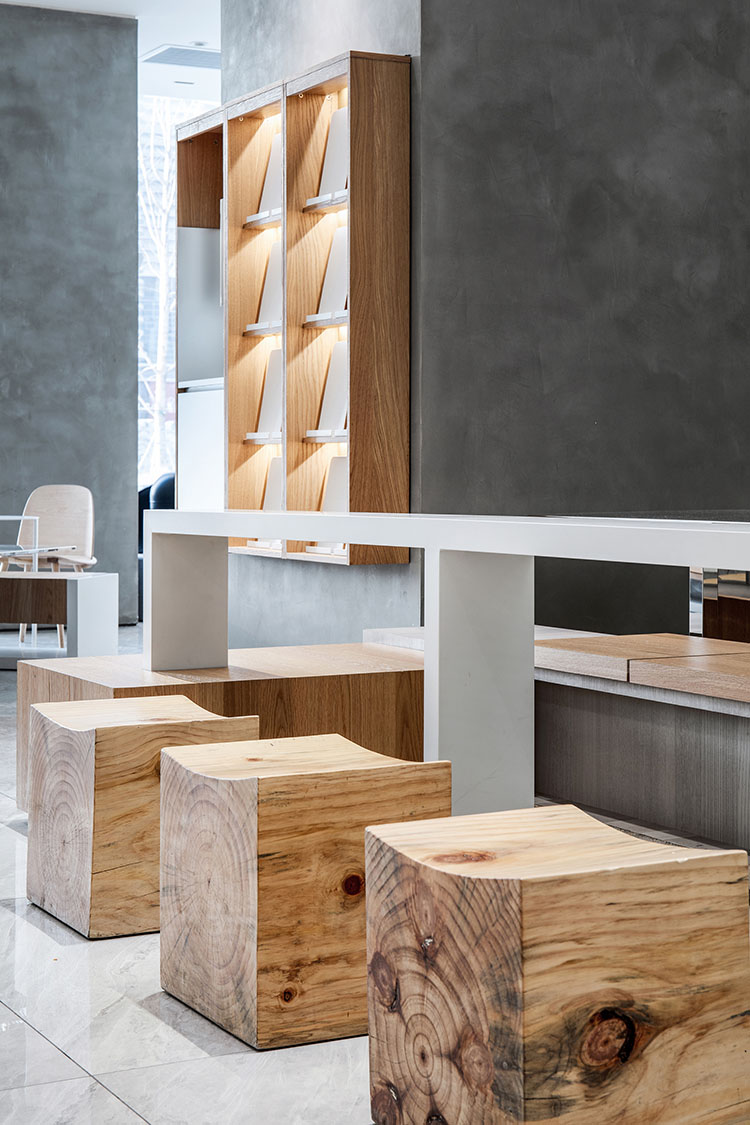 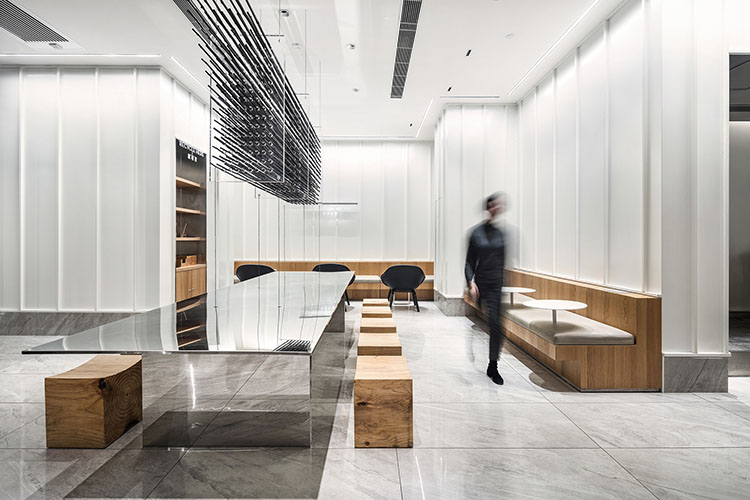 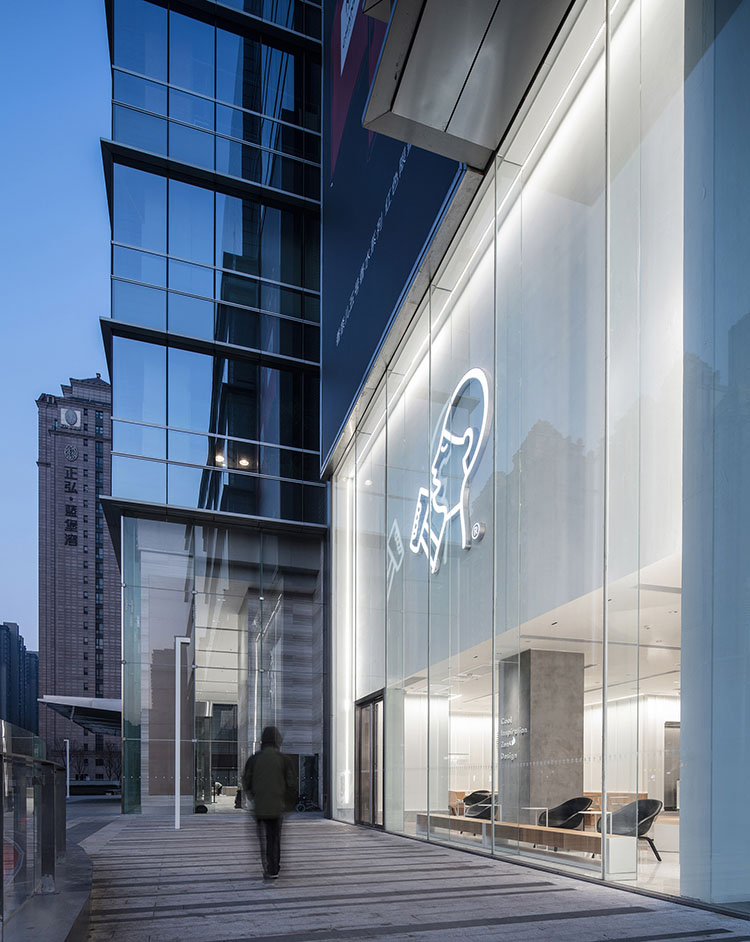 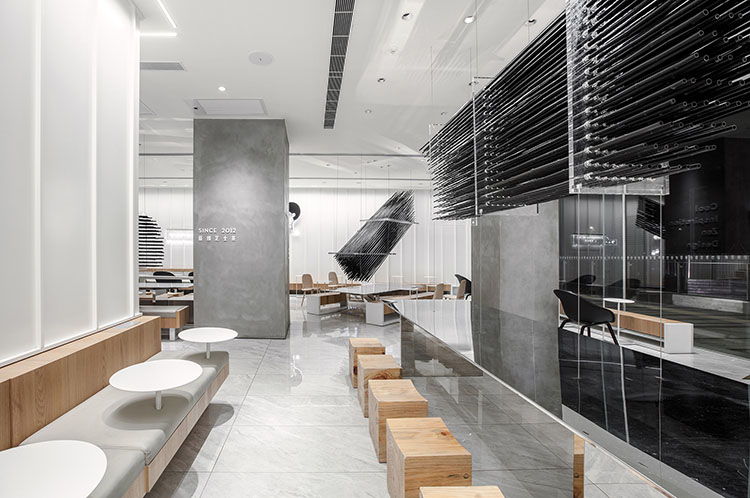 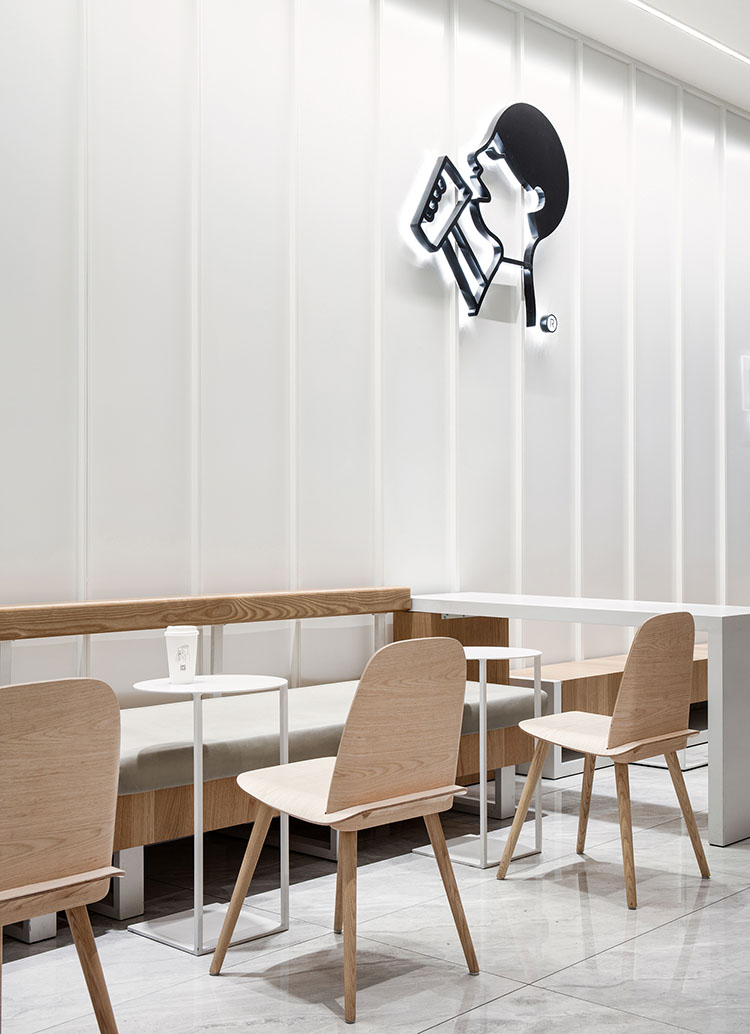