Madrid-based architect Teresa Sapey is the mind behind the bold interior of Bruno, the biggest hotel to date, for Room Mate in Rotterdam. Occupying a former 19th-century spice warehouse, the Bruno hotel features 217 rooms and is directly connected to the Foodhallen, a food court that is one of the city’s gastronomic hotspots. The newly added top floor looks out on the river Maas and several architectural highlights, including OMA’s De Rotterdam. 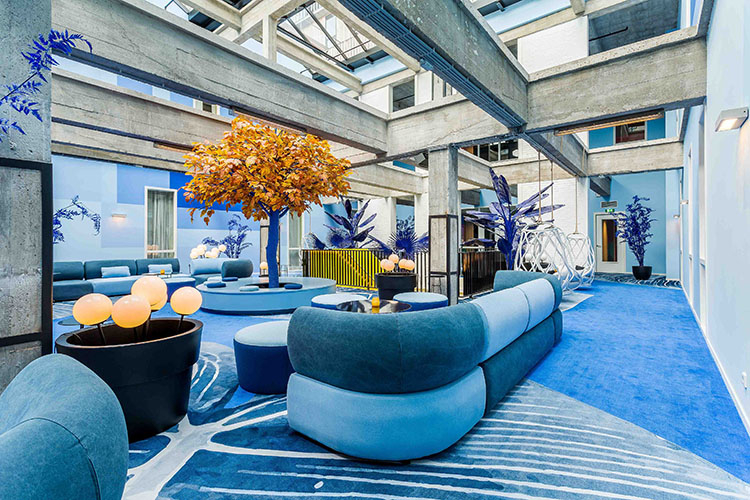 Room Mate is known for designing hotels that are characters themselves, showing their visitors and customers part of the city through their own story. In this case, Bruno is a sailor from the Dutch West India Company, who wants to show you this building and introduce you to Rotterdam’s history and heritage.

The concept of the design has been influenced by three key elements: the spices, which embody the heritage of the building and site and tell the history of this amusing city; the warmth of Spain, its sun, people and culture; and the bright colors of the De Stijl movement. The yellow palette evokes saffron, sun and albero; the oranges represent cinnamon, nutmeg and Spanish citrus fruits; blues are used to recall the sea, the sky and the air. 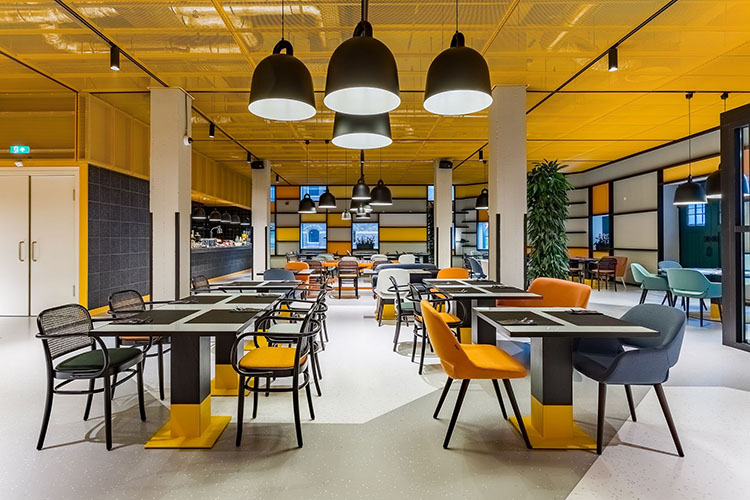 The project narrates the story of the site itself, where the exchange of goods and cultures, proceeding from all over the world, took place. Consequently, the tonalities and shades that govern the building are inspired by the colors of spices and Flemish paintings that depict the past history of this particular area. The building in which the hotel is nestled is certainly one of the few historical remnants that still exist in this area. 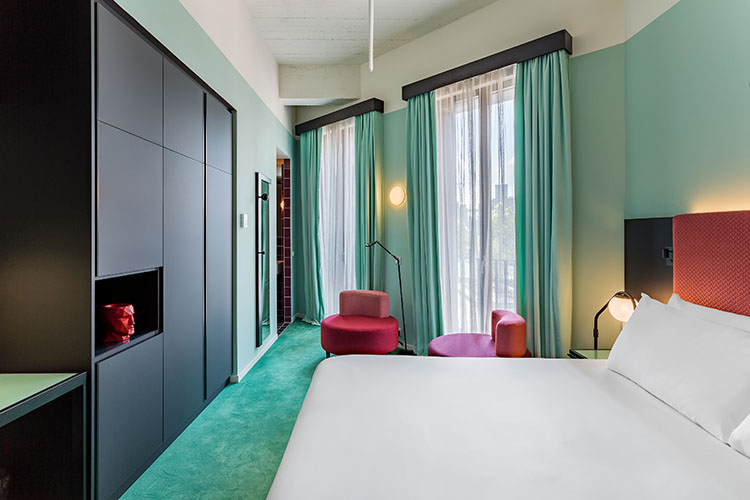 This hotel, named Bruno, talks to its users about commercial routes, values exchanged, colorful spices, sailing, globes, nautical charts, and tools – among others. The user will experience a unique historical journey, which has been spatially reinterpreted with a modern key. The importance of space openings and closures, lighting and color use, enable for the users to become part of the narrative itself whilst breathing, touching, savoring and smelling the context they are residing in. 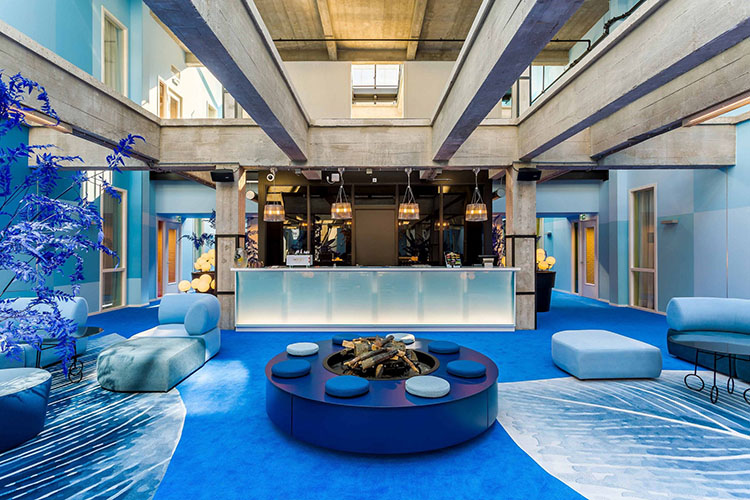 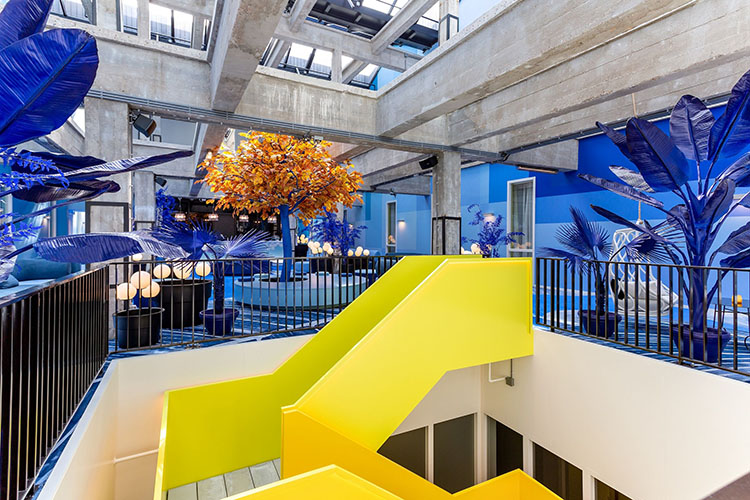 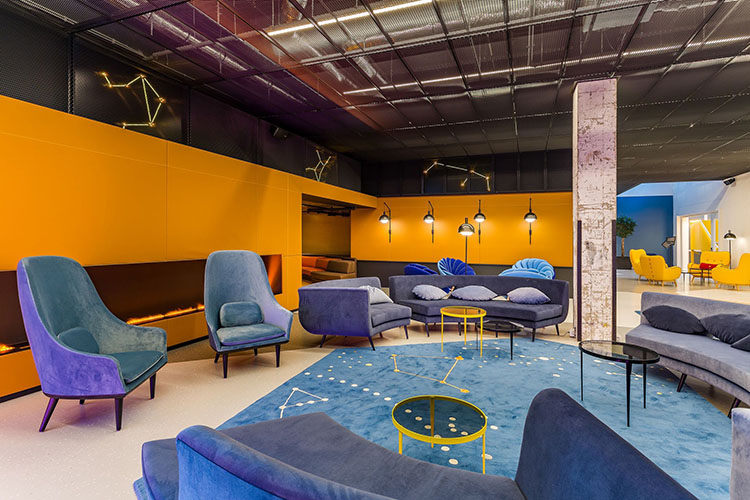 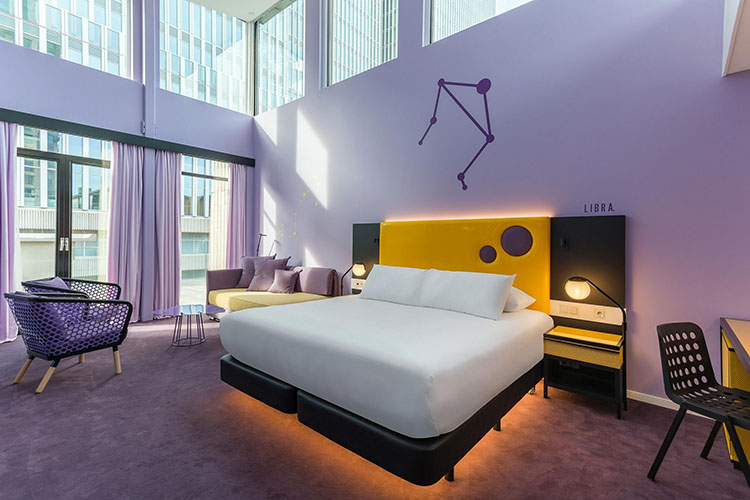 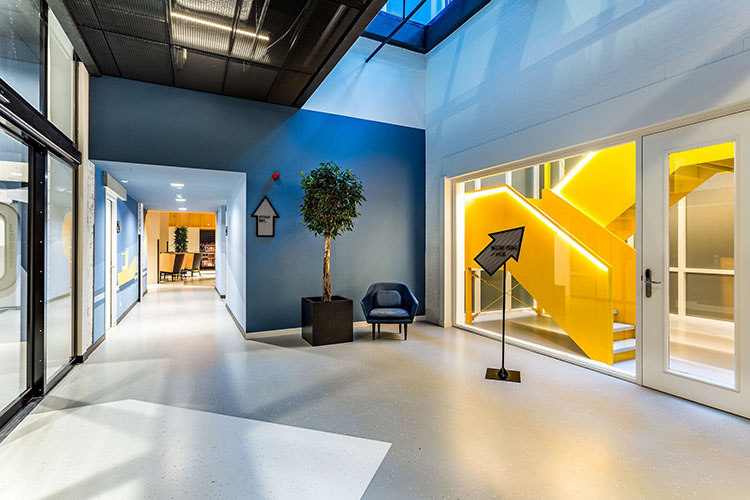 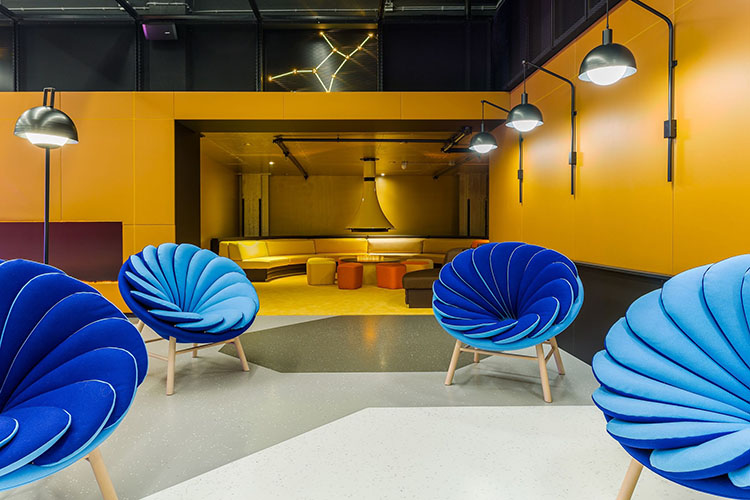 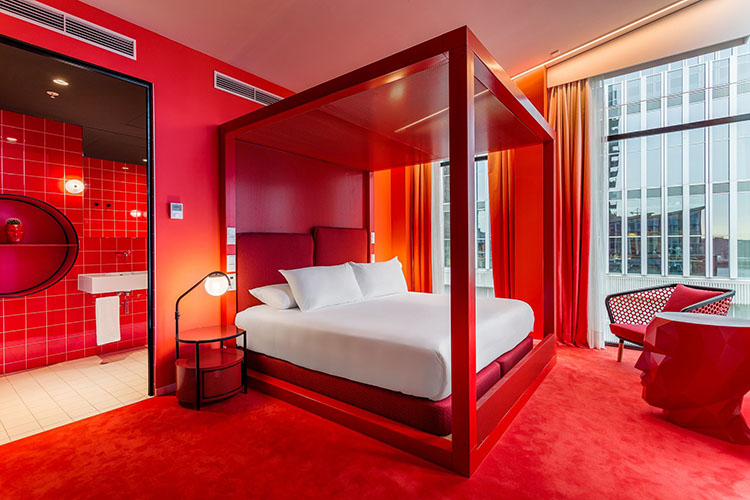 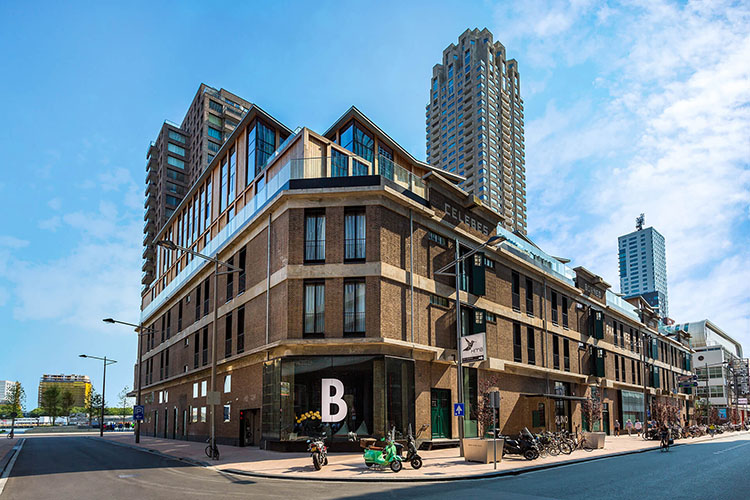