The design inspiration for the new Feit venue in San Francisco by Jordana Maisie came from shoe stores of the past — boxes stacked tall and rolling ladders roaming the aisles. The design honors this history and tradition with a focus on product and packaging. The challenge in this concept was combining stock plus the display of plus 40 footwear styles, ample room for seating, and the capacity for small leather goods and clothing not to feel displaced within the broader display language. 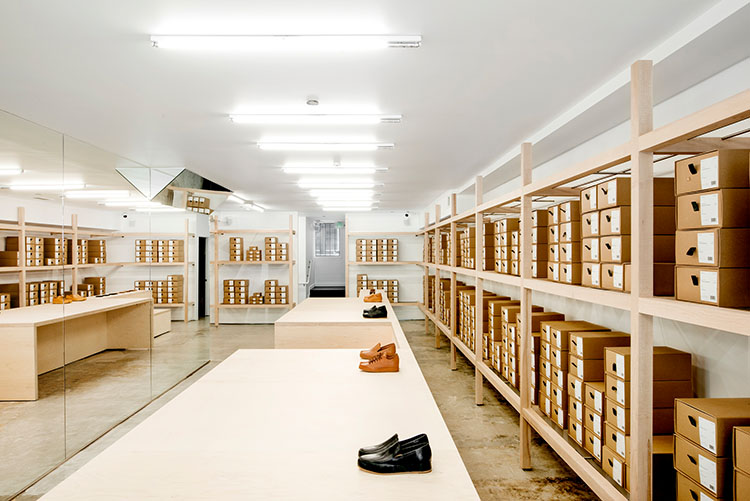 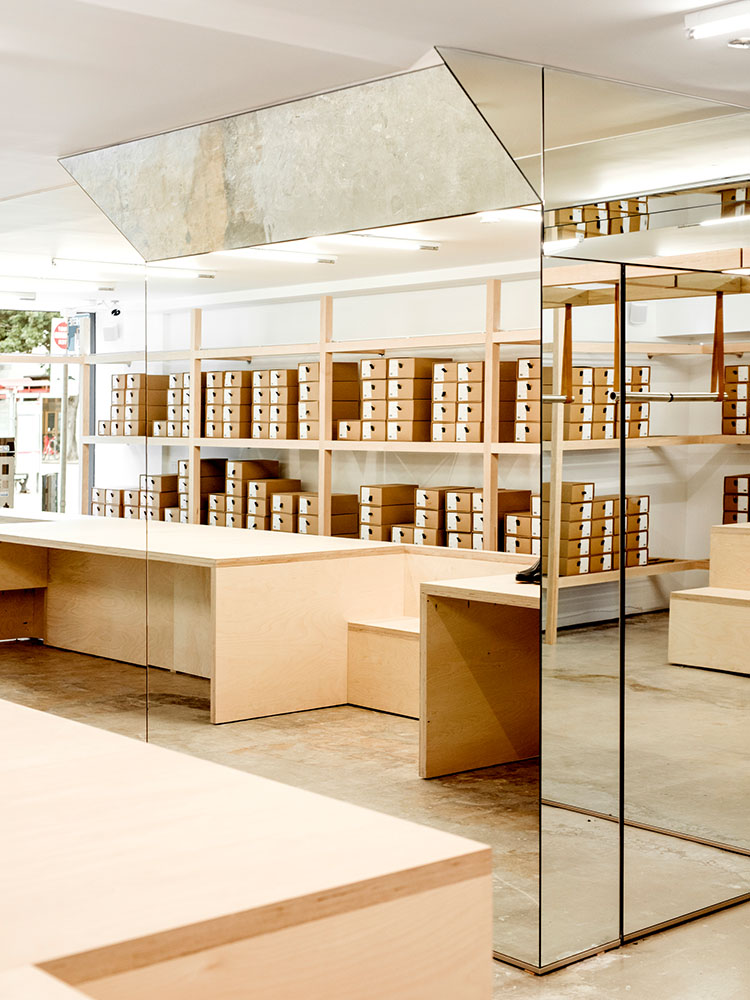 Previously the space operated as a combined commercial art gallery and office space. Interior partitions were demolished, and ceilings and existing electrical were replaced. The original flooring was removed to reveal a concrete sub-floor which was ground back and sealed with a semi-gloss finish. Façade was updated from beige to black. 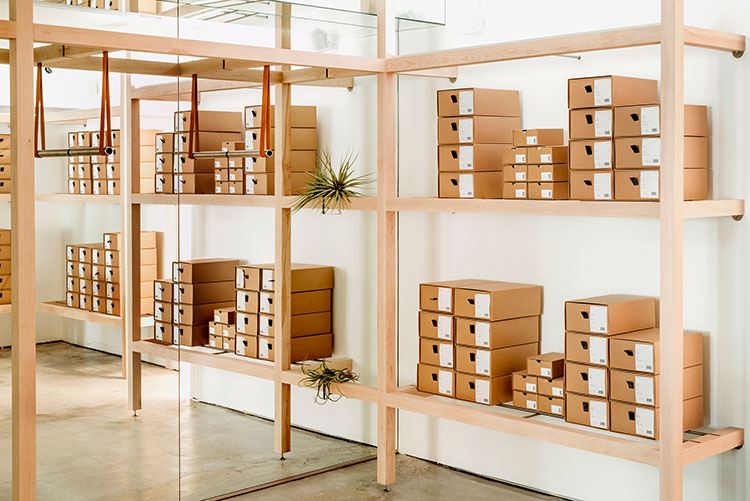 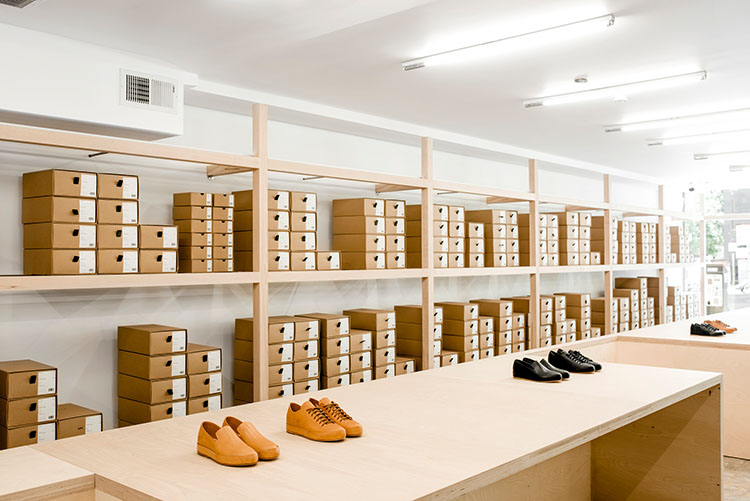 Over the past five years, Jordana Maisie Design Studio (JMDS) has developed Feit’s spatial identity with a commitment to a stripped-back natural palette primarily consisting of Baltic Birch Plywood. The use of wood as the primary material forms a sound backdrop to support the artisanal, hand-crafted qualities of Feit’s leather goods. The use of mirror plays a pivotal role in all three of the (JMDS designed) Feit stores—used to create a sense of expansion and dynamism within the interior, a boundary that the customer cannot decipher.

Custom linear lighting was installed primarily for after-hours use and serves as the ambient layer within the system. Shelving was milled from solid maple and tables are made from Baltic Birch Plywood, both finished with a water-based matte polyurethane seal. 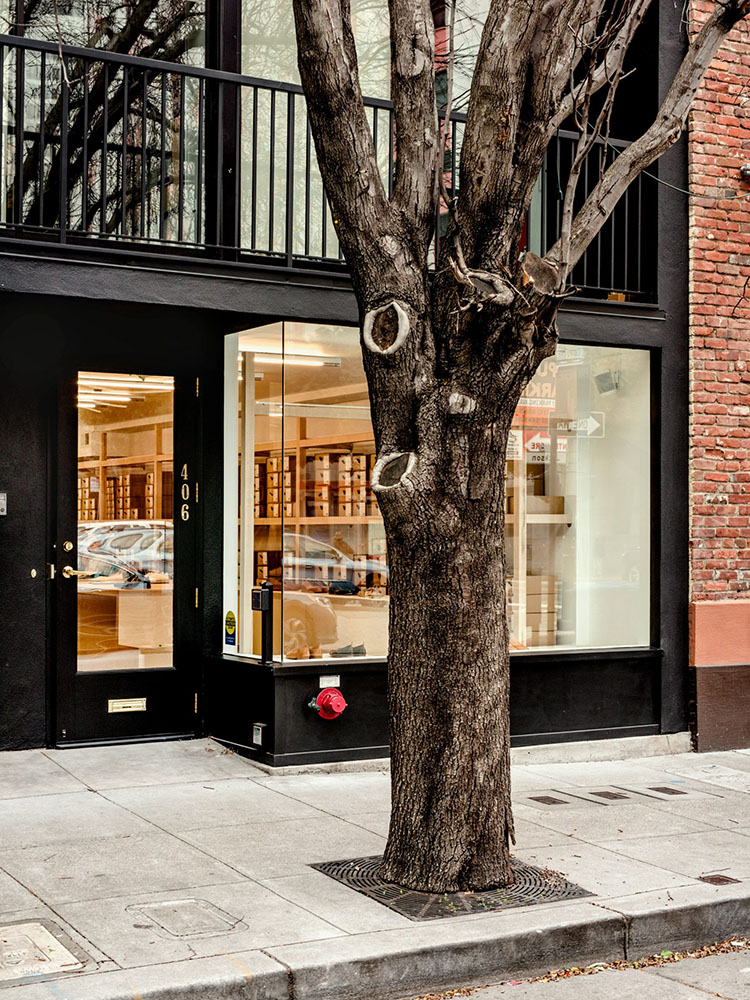 San Francisco’s Feit is the third US outpost that Maisie has designed for the company, after locations in two New York neighborhoods. Maisie has created a retail store for Wardrobe in New York City as well, with stark white and scaffolding. She has also designed a restaurant in the city with teal and black colors for Una Pizza Napoletana.