The brasserie is one of the symbols of the French ‘art de vivre ‘. These one-hundred-year-old establishments are remarkably decorated and often listed, but have in the past few decades suffered at the hands of ‘modernization’. 34-year-old British designer and founder of The Guild of Saint Luke, John Whelan, has spent the past two years bringing these grand old dames back to life by returning to their origins. 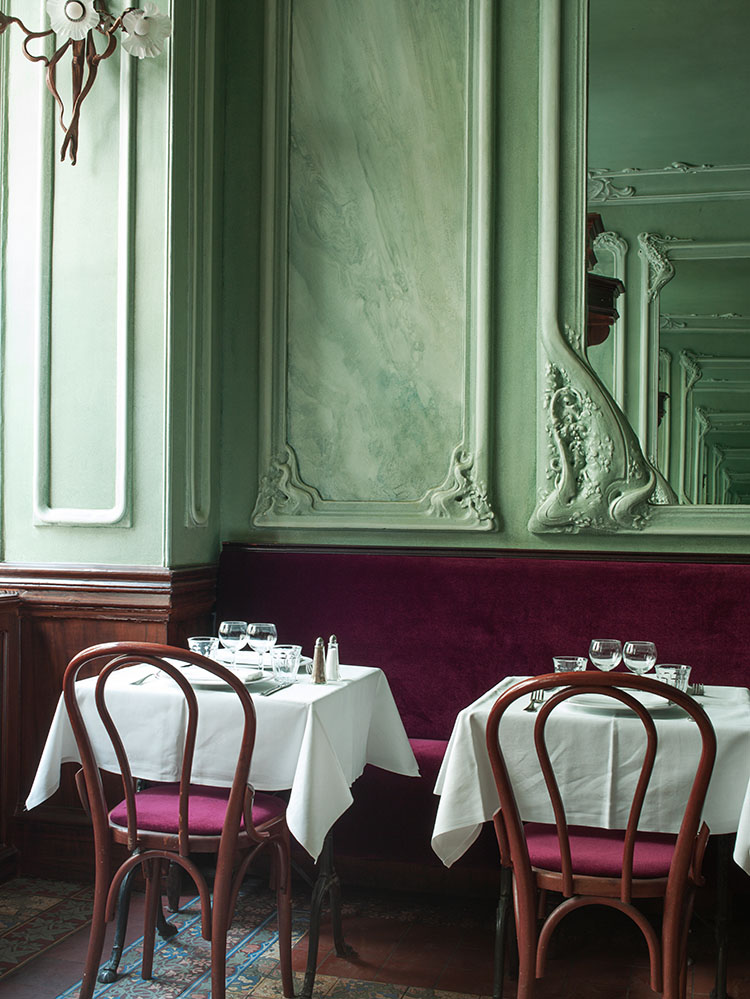 In an unusual turn of events, an Englishman has been called upon to restore some of the most iconic French brasseries. Surprised to have found that ‘international imitations’ such as Brasserie Zedel (London) and Balthazar (New York) reincarnated the original spirit of these famous brasseries while the originals that inspired them were in decline, John Whelan set himself the task to restore them to their former glory. 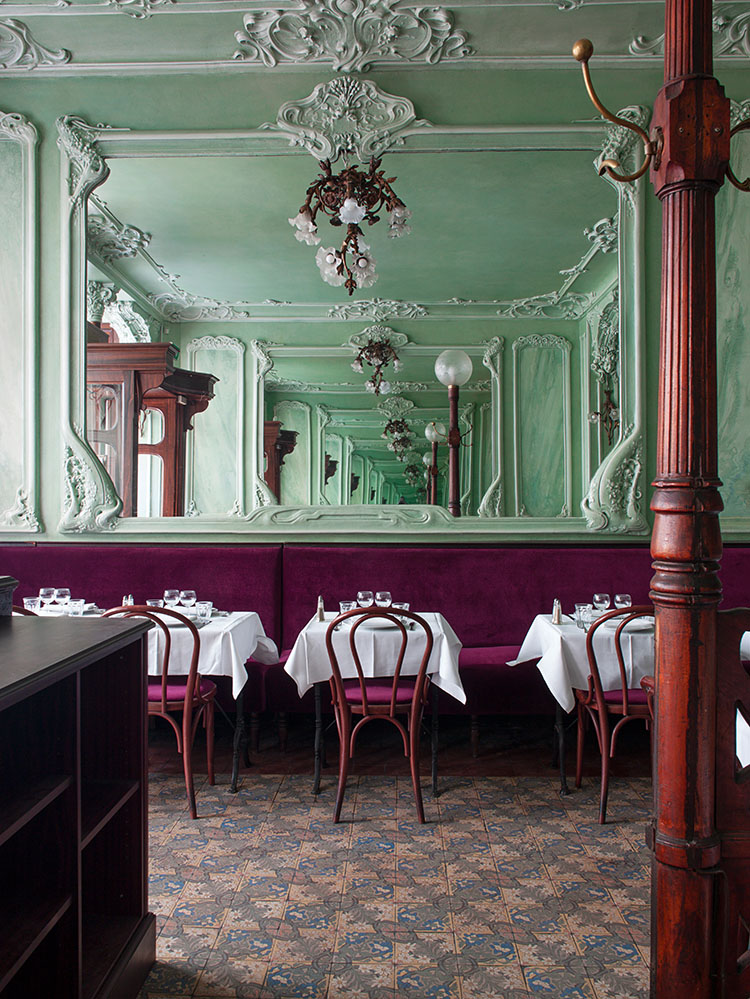 A great love of France and its traditions motivated Whelan to move to Paris in his twenties. However, upon setting foot inside some of the most well-known institutions, he felt short-changed. ‘The lack of respect for the heritage was palpable’, he remembers. Whelan’s point of view is not so much driven by nostalgia, but by a desire to maintain coherence within a longstanding tradition admired in the past by leading cultural figures in Paris such as Edith Piaf, Ernest Hemingway, or Jean-Paul Gaultier who frequented these institutions, attracted to their spectacular interiors (and friendly prices). 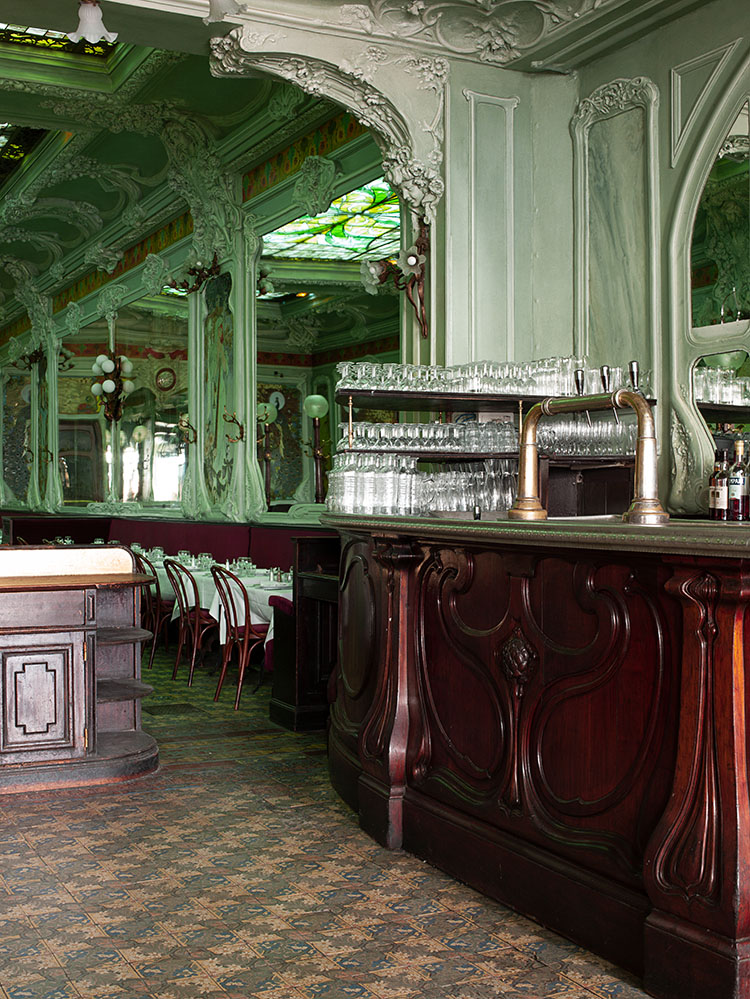 The first few weeks of a project is spent in museums, libraries and archives in order to find reference points for the style and era of the brasserie (or bouillon) in question. Whelan believes it is the small architectural details that make the difference, and often these vary to reflect the decorative arts of the region. For example, French Art Nouveau had several branches characterized by the artisans who led them. Jugendstil in the then German region of Alsace and the Ecole de Nancy rivaled that of Parisian Art Nouveau. Sometimes artisans from different ‘schools’ were brought together on the same project, such as Bouillon Julien in Paris. 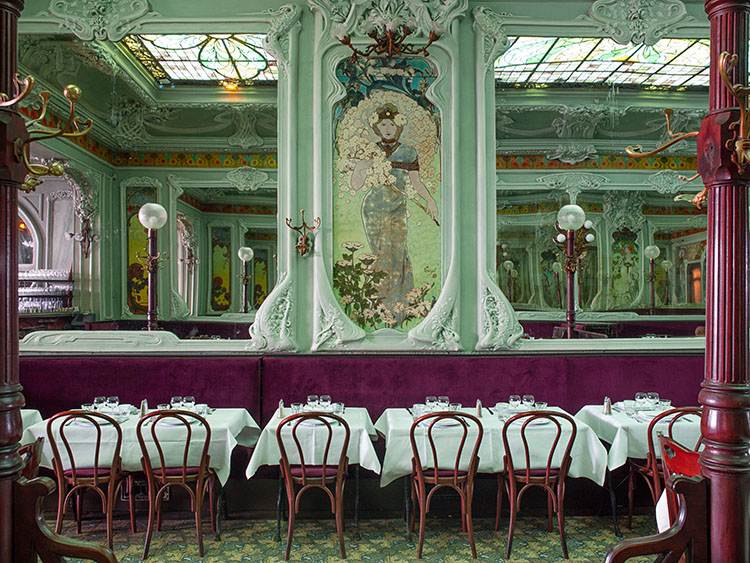 After completing Brasserie Excelsior (Reims) in 2016, Brasserie Floderer (Strasbourg) in 2017, and Brasserie Excelsior (Nancy), Mr. Whelan finished renovating the original Brasserie Floderer at their Cour des Petites Ecuries address in Paris last spring in time for its 100th anniversary. “The task was simple, we went back to the fundamentals of this prestigious establishment, even the banquettes were restored by Alsatian workshops,” explains Whelan. 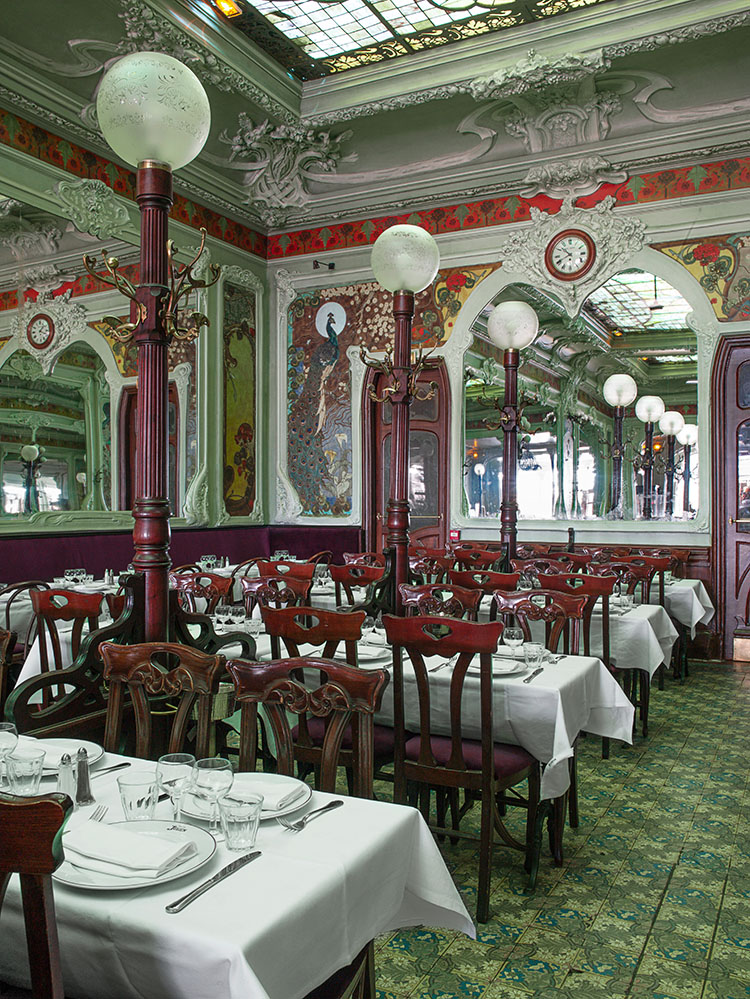 One street away, on the Rue du Faubourg Saint-Denis, Whelan just finished re-designing and restoring Bouillon Julien at the end of August 2018. “What was interesting about this project was the owner’s desire to combine the renovation with a return to its origins a century ago,” says Whelan. “Julien adopted the model of a brasserie over forty years ago but was founded as a ‘bouillon’ aimed at the working classes despite its grand interior. Thanks to a stratigraphy, we found the original wall color, a resplendent sea green, which is quite a change from the tobacco-colored interior it has donned for decades!”