Terracotta floors, rustic plaster and traditional vaults have been restored by Lucas y Hernández-Gil in this family-run guesthouse in Spain. La Hermandad de Villalba guesthouse, which belongs to a married couple and their two children, has been overhauled by Madrid-based studio Lucas y Hernández-Gil to feature a series of rustic living spaces that honour the original architecture and outdoor landscape.

The eighteenth-century building is located in the main square of Tierra de Barros, a wine-growing town surrounded by rolling, rust-coloured hills in Spain’s Extremadura region. “The project underlines every single one of [the house’s] original strengths that were lost over time,” explained the studio. “Simultaneously it adapts to and adds new uses, which can be seen from a contemporary perspective.” 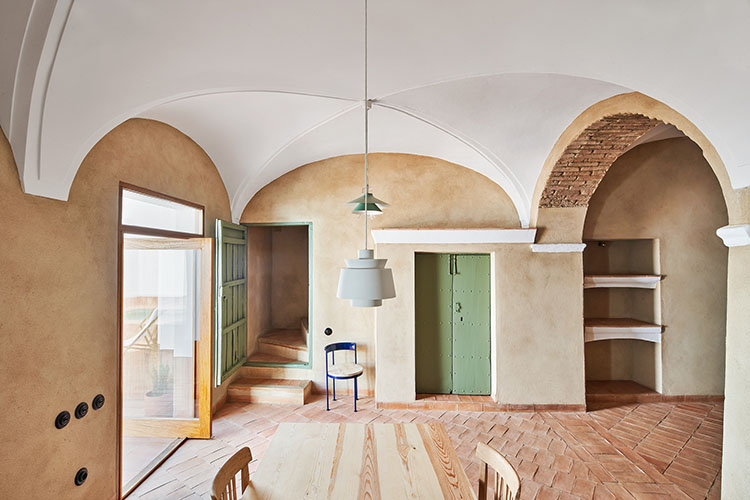 The house, with two floors, has a typical configuration, with three load-bearing bays and an Extremaduran vault on the ground floor. It opens onto the entrance square on one side and onto a small courtyard on the other. The whole social area has been included on this floor: hall, living room, kitchen, dining room and courtyard. 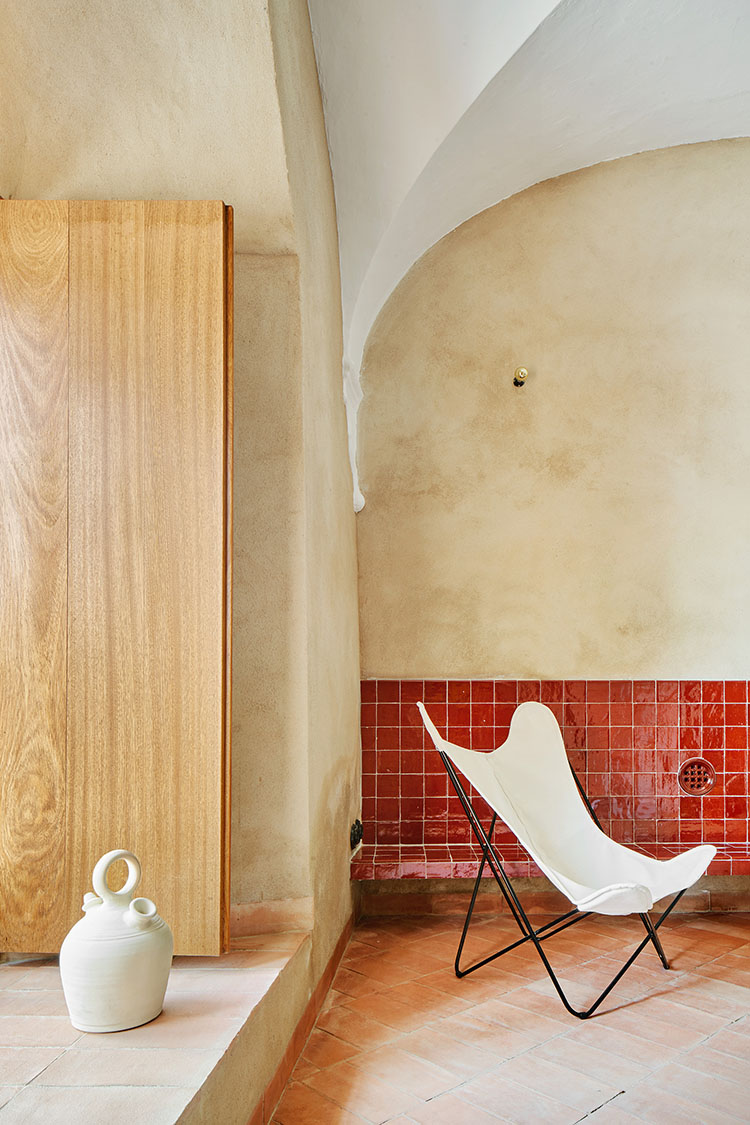 The original spaces were recovered, but new openings to the courtyard and between rooms were also included to open up perspectives and to get more light. From a material point of view, raw lime mortar has been used on all the walls and lime paint on the vaults. The original clay pavement had been completely lost, but we went to potters in the area who made us new pieces by hand with a similar texture as the old pavement. Only the diagonal and irregular arrangement of the drawings, as a mirroring reference to the ceilings, allows to differentiate and date this flooring as contemporary. 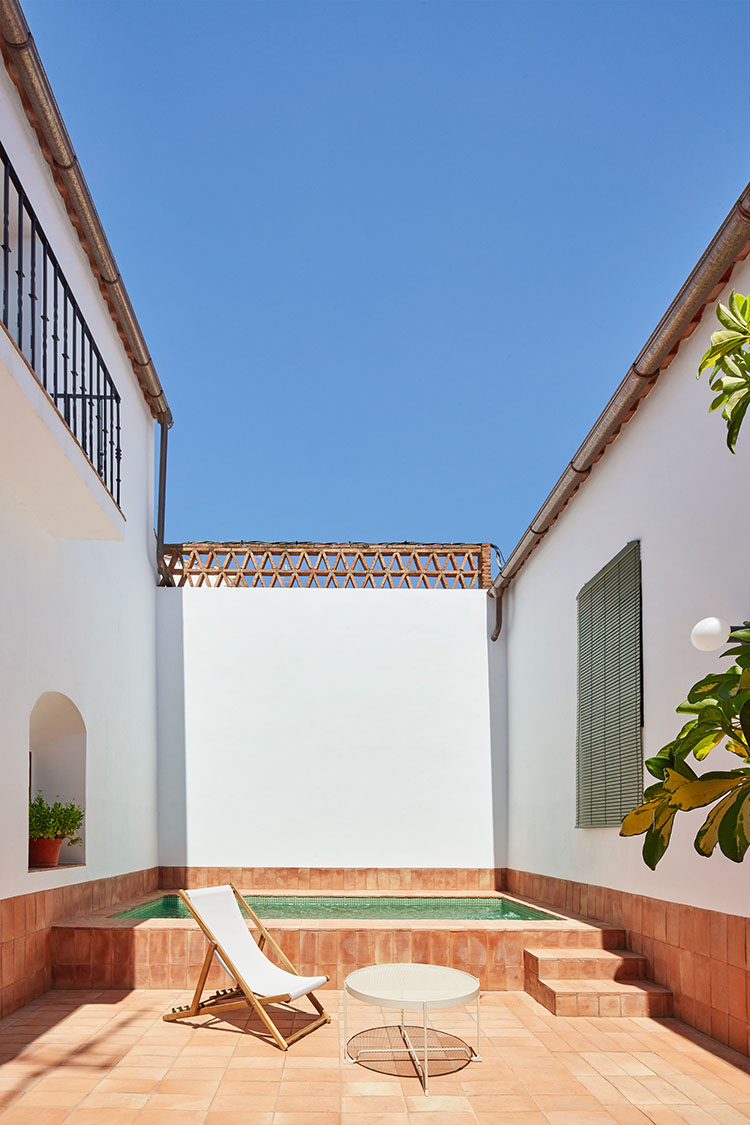 These manual bricks are also extended on the outside courtyard to the edge of the small pool that has been built to cool the hot summer days. The carpentry work also stands out, both for the careful restoration of the richly decorated original elements and for the work on the new doors, windows and fittings.

The set of bedrooms has been taken to the upper floor, an old attic, which was used as a storage and a space to cure meat. This level has been restructured almost completely, but in terms of scale, finishes and furnishings, the atmosphere and unique character of the house have been preserved. 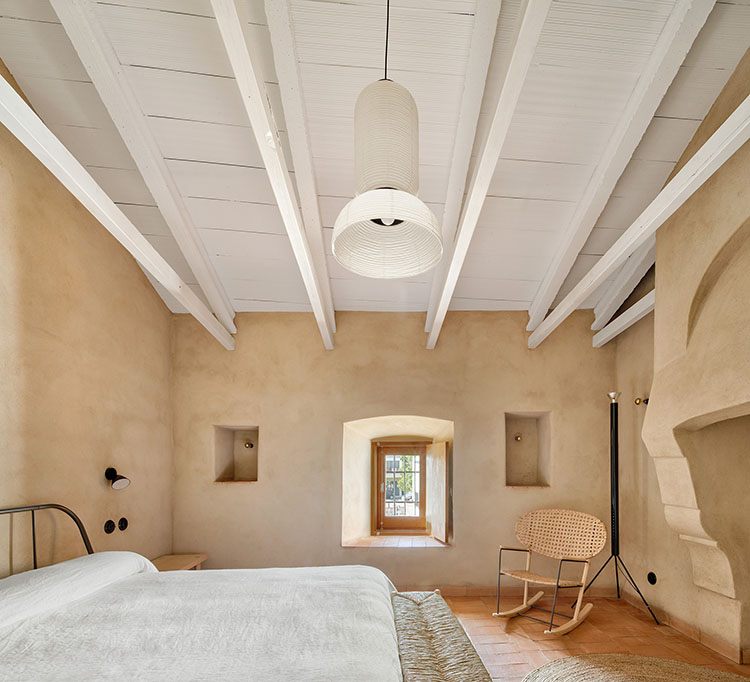 The rural house has 3/4 bedrooms and three bathrooms, a hallway, a living room, a kitchen, a dining room, a courtyard and a storage room. It is equipped with modern facilities to ensure comfort. Special care has been taken both in the use of materials and air conditioning systems, in their sustainability, in line with the logic that the vernacular architecture itself represents.

“Our goal and the greatest achievement of this project has been to merge our intervention with the preexisting architecture in a process of uncovering and revealing, where our handprint almost disappears so that each element finds its natural order,” concludes the studio. 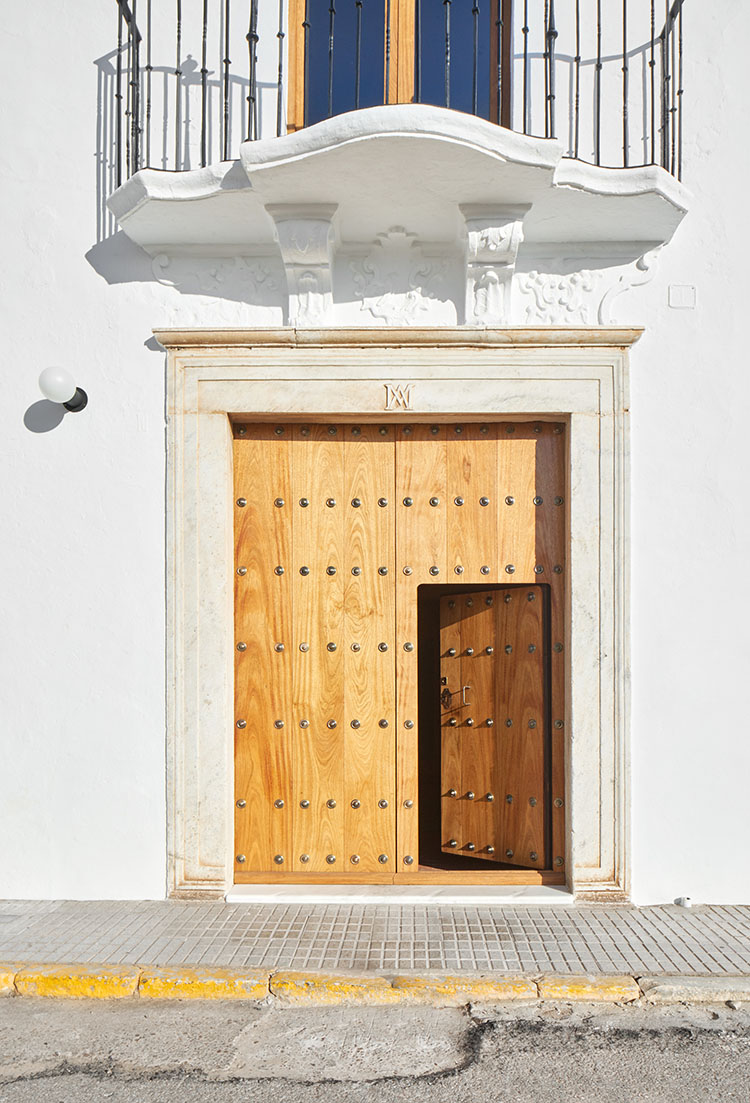 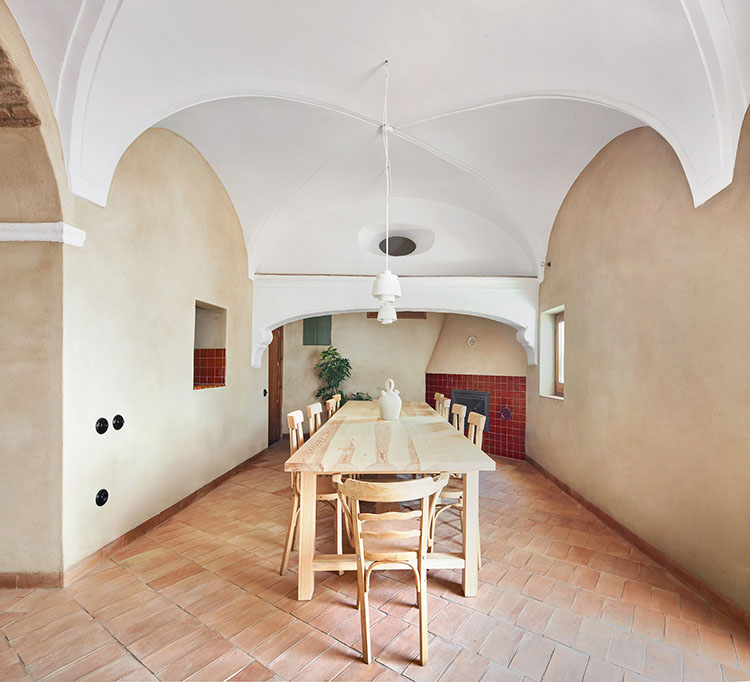 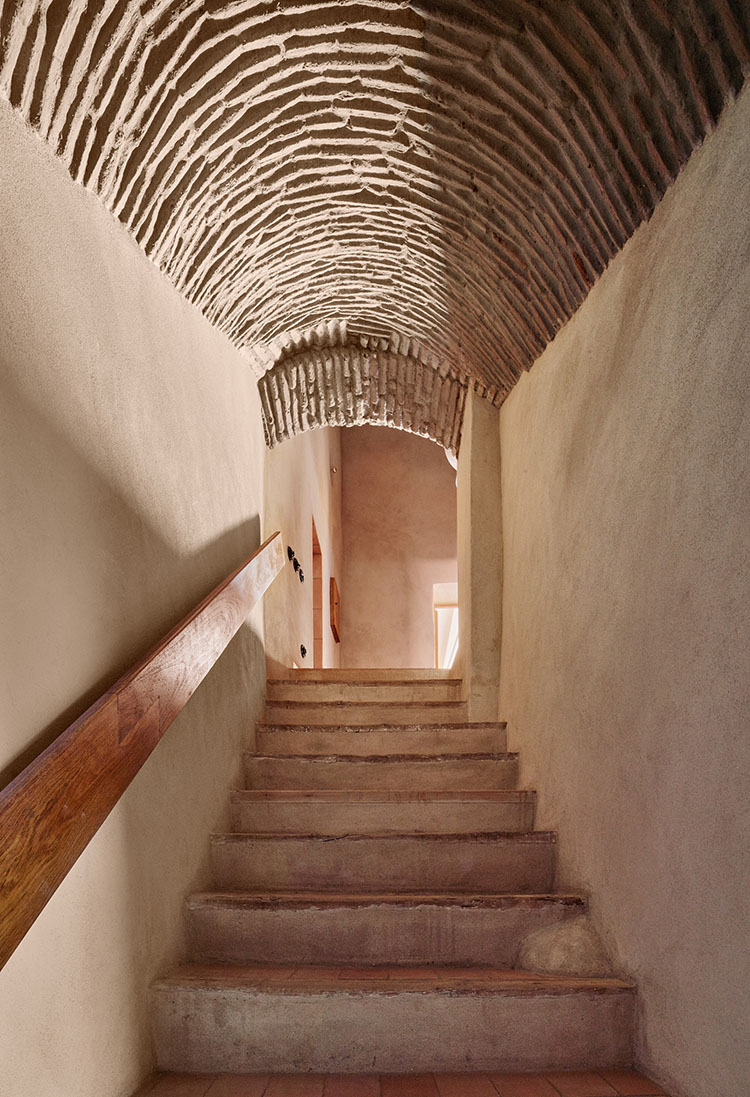 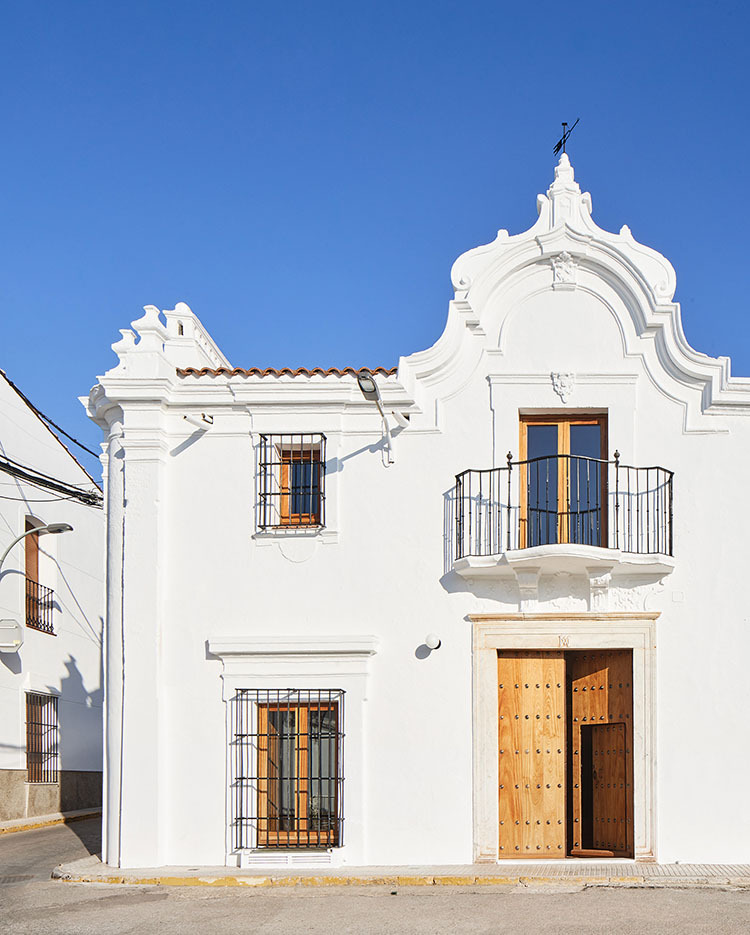 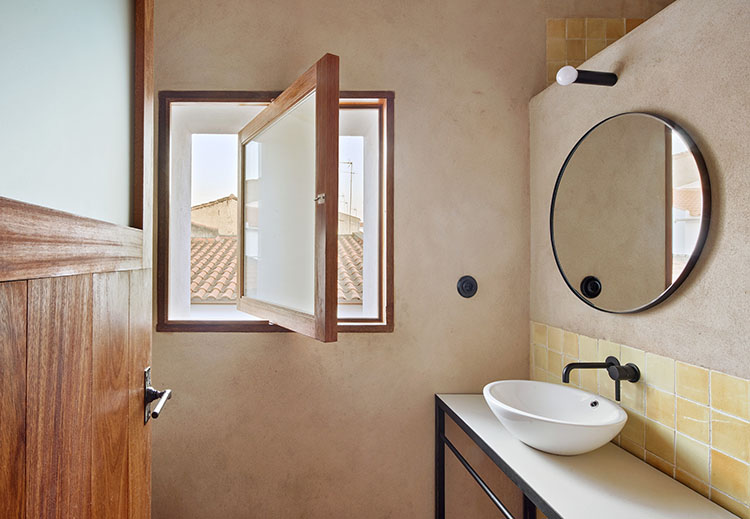 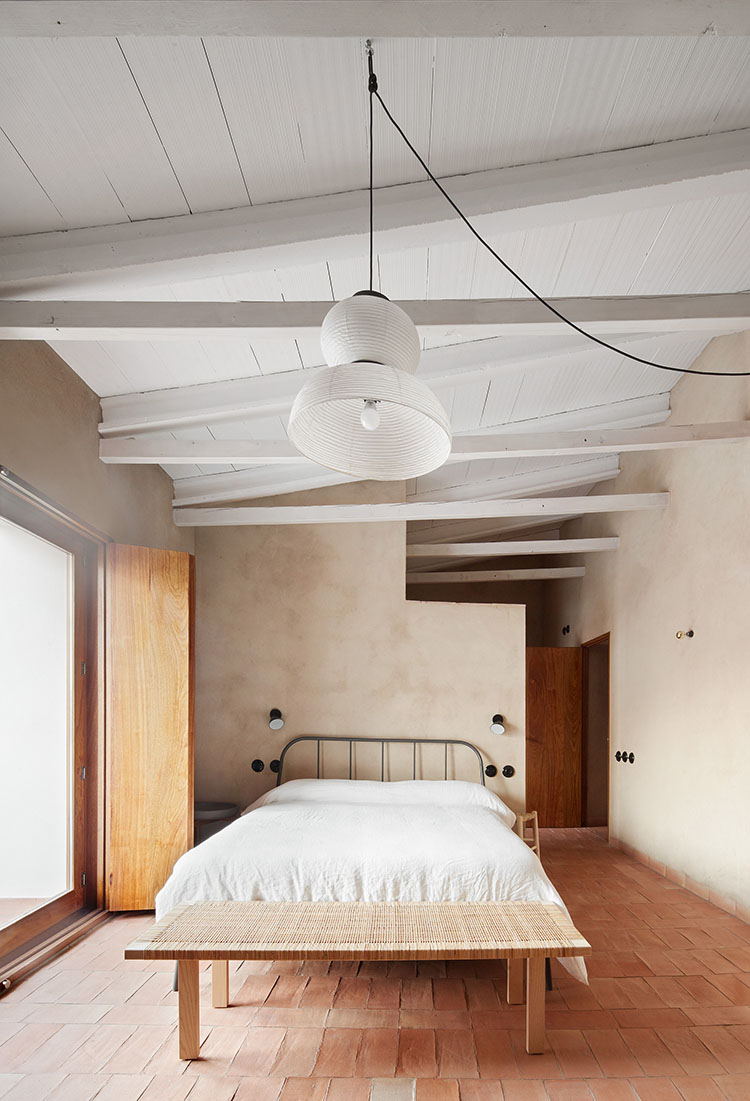