Starting June 1, the KVANTING Shopping Bag will be available to purchase at IKEA U.S. in a limited-edition rainbow version as part of its partnership with the human rights campaign foundation (HRCF). 100% of the profits from the rainbow-colored bag, available in-stores only for $3.99 USD, will go to HRCF’s programs that support LGBT+ children, youth and families. Additionally, to mark the beginning of Pride Month, all IKEA U.S. stores will raise the Pride Rainbow flag on June 1, 2019.

“We are excited to partner with the Human Rights Campaign Foundation for Pride Month,” says Rafael Fantauzzi, IKEA U.S. Diversity & Inclusion Manager. “At IKEA, our culture is centered on the value of togetherness. We believe equality is a fundamental human right and that all homes are created equal. We know everyone deserves a home you absolutely love and a workplace where you can be yourself. To further show our commitment to equality and LGBT+ inclusion, on June 1, our co-workers will hoist the Pride Rainbow flag at all IKEA locations.” 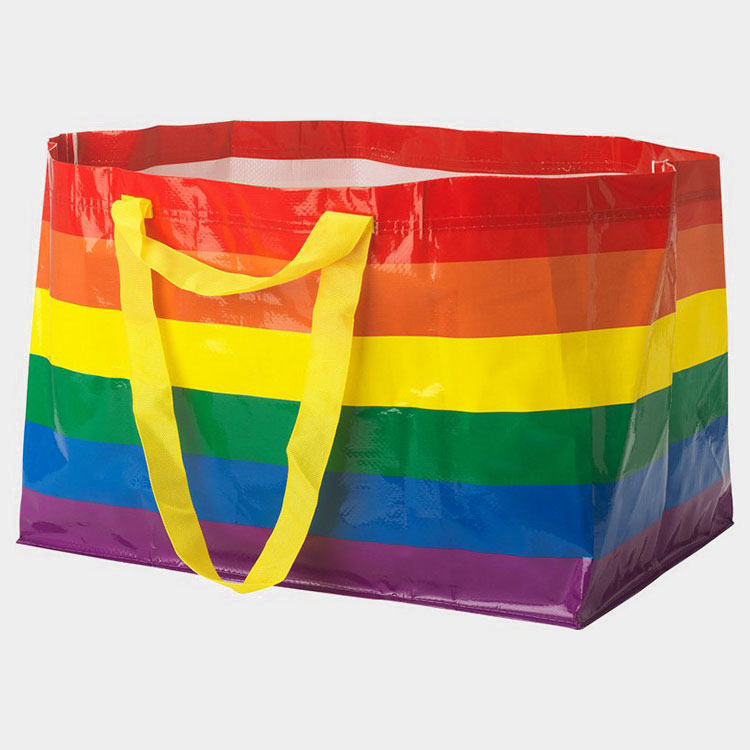 HRCF is the educational arm of the Human Rights Campaign (HRC), the nation’s largest civil rights organization working to achieve equality for LGBT+ Americans. Funds raised as part HRCF’s partnership with IKEA will support innovative training and direct consultation with schools, child welfare agencies and other service providers working to build welcoming, affirming and supportive school and communities for LGBT+ youth and their families.

“As we prepare to mark Pride month, we are thrilled to join IKEA U.S. in this powerful partnership that will help drive some of our most important work — improving equity and inclusion for LGBTQ youth, in schools and sports, in child welfare organizations and beyond,” said Ellen Kahn, director of the HRC Foundation’s Children, Youth & Families Program. “It has never been more important to commit to doing more to protect, affirm and uplift LGBTQ youth, who are at increased risk of bullying, homelessness and violence compared to their non-LGBTQ peers. We are deeply grateful to the team at IKEA U.S. for their generous commitment to LGBTQ children, youth and families, and thank them for partnering with the Human Rights Campaign Foundation.” 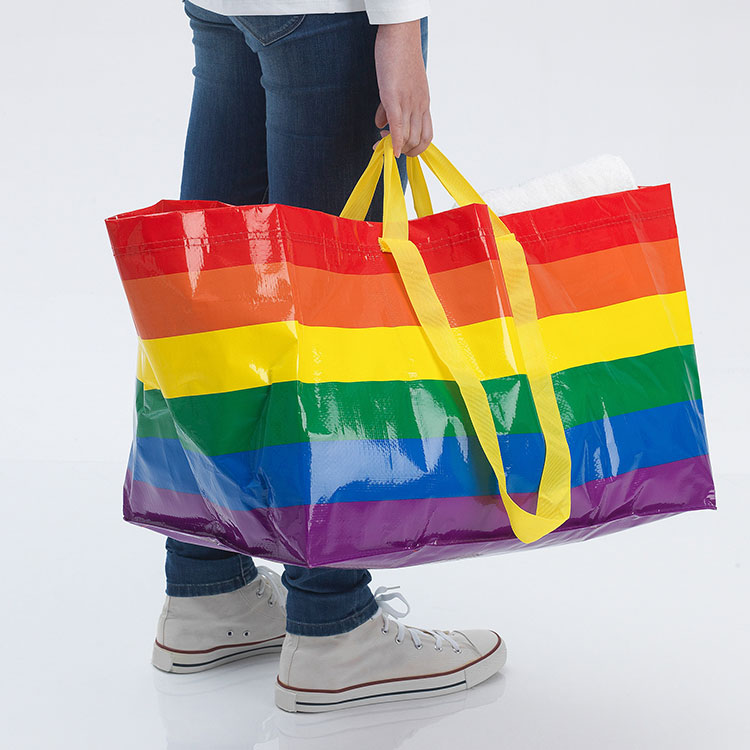 A humanistic and values-driven company, IKEA believes that everyone has the right to be treated fairly and to be given equal opportunities regardless of their sexual orientation or gender identity. It actively aims at creating a fully inclusive work environment, contributing to a positive change in all areas of its business and in society.

IKEA has been recognized for leading the industry with many inclusive benefits for LGBT+ co-workers and their families including: health/medical, dental, vision, bereavement, relocation/travel assistance, adoption, employee discount, supplemental life insurance and parental leave. The IKEA U.S. medical plan also covers a portion of gender confirmation counseling and surgery. Additionally, as part of its commitment to integrate diversity in all areas of work processes and business practices, IKEA has joined Workplace Pride Foundation and Stonewall, two organizations focused on LGBT+ inclusion in the workplace and endorsed and contributed to the UN Standards of Conduct for Business on Tackling Discrimination against LGBT+ people that was launched globally September 2017.

This year, IKEA was on the Forbes “Best Employers for Diversity” list and – for the fourth consecutive year – earned 100% on HRCF’s Annual Scorecard on LGBTQ Workplace Equality, the nation’s premier benchmarking survey and report on corporate policies and practices related to LGBTQ workplace equality. This year also marks the 25th anniversary of a groundbreaking national television commercial from IKEA. The ad, which aired in 1994, was the first national TV spot to ever feature a gay couple – two men shopping together for a dining room table at an IKEA store.