Composting is an incredibly easy way for you to improve the fertility of the soil. With an addition of numerous natural nutrients, composting helps improve soil fertility quickly and without any side effects.

Below is a quick introduction as to what it is and how you can perform it:

Ideally, there are three forms from which you can get compost; mulch, compost, and manure. Each of these has its own specific advantages.

Manure is the easiest to come by, and in most times, it is actually the most practical choice for you. However, a lot of people tend to find it unpleasant. Gardeners make compost, and it is pretty much the subject of what we’ll be looking at. As for mulch, it is organic matter that composts slowly (such as straw, chips, bark, etc.)

Usually, mulch is used as a form of protective covering for manure or compost that is put into the soil.

Essentially, composting is the use of the natural process to break a dead plant material down and turn it into the soil. When composting happens, the soil gets nutrients and is able to support the growth of even more plants

So, when composting is done, the gardener is basically manipulating certain factors to speed up the soil nutrition process and break down dead plant material much faster.

All of these are, in one way or the other, affected by the moisture content. Working together these four components create a little environment that can be optimized to improve soil fertility.

Usually, the major components that are being added to the compost heap are nitrogen and carbon. It is recommended that the ratio of components is 25 to 30:1 of carbon to nitrogen. So, for every 25 to 30 pounds of carbon, you add a pound of nitrogen. 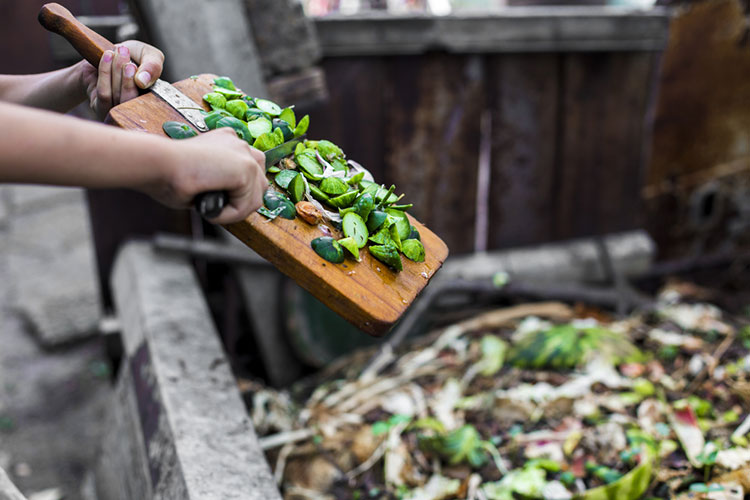 These are actually two very popular means of composting. The idea behind both is pretty much the same, although while using compost tumblers can save you a lot of time, piles have the size advantage.

The principle behind both is adding more material to the compost heap and stirring it regularly to ensure that it is distributed and the central core of the compost heats up.

Most compost tumblers are built to contain compost and are stirred by either turning them over with a pitchfork or turning the entire bin. Similarly, compost piles are contained in some form of enclosure, although you could just heal them into a pile. Usually, they’re stirred with a pitchfork.

The purpose of the stirring action is for the air to be mixed. Oxygen is also introduced through stirring, while some movements are initiated; the processed material is moved out, and both the nitrogen and carbon are moved into the center.

The hot process is more of a batch process. It differs from the one outlined above in that it creates a single, large compost batch. With this method, you’ll have to do a lot of upfront planning and work. However, it is still adopted by gardeners who would like to have a single pile of compost at a specific time to rebuild bare soil. While the hot process is usually done in large containers or tumblers, it can be done in piles as well

The ingredients in a compost stockpile include leaves, clipping from grass, straw, and much more. With this process, you can get good compost in about 3 weeks, as opposed to an entire season with tumblers and piles. Some gardeners even get to have about two to three tumblers being composted in rotation; they simply use the hot process for a single bin and stockpile another.

Layer composting is another very popular form of composting, and it is done with the square tumblers that you usually find in stores. All you have to do is add scraps and cuttings to the bin, and they are slowly broken down in batches, with fresh compost dirt coming out of the bottom continuously.

This form of composting is favored because it is less labor-intensive However, it really only works for a small garden (maybe a bucket or pot garden, a herb garden, etc.)

You shouldn’t compost these

You can pretty much compost anything that is organic. However, with that in mind, you should know that there are certain things that shouldn’t be added to your compost bin or heap.

Generally, waste from certain animals (such as pigs, humans, cats, and dogs) shouldn’t be put in a compost heap for health reasons. In addition to those, make sure that you don’t add any meat-based fats or meats.

Heavy and thick vegetable matter (such as cardboard, wood chips, paper, etc.) are obviously not god compost materials, except you want to leave them for a long time (maybe even years).