Opening on Barcelona’s Passeig de Gràcia, Sir Victor hotel stands as a striking homage to the unique physical and spiritual landscape of the Catalan capital. Behind its undulating façade, the hotel’s core concept is shaped by the unique character of this vibrant, multicultural city and the region beyond—from an art collection that includes work by the likes of Antoni Muntadas, to a concept store that supports local, emerging designers. A myriad of inclusive social spaces is framed by an aesthetic that mirrors the diverse topography of the city, the result of a collaborative effort by renowned design studio Baranowitz + Kronenberg and Sir Hotel’s in-house creative team. To top it all off, Sir Victor’s sun-soaked rooftop cocktail bar and lounge is an urban oasis bedecked with playful textiles and lush greenery, making it the perfect perch from which to soak up the thrilling beat of the streets below. 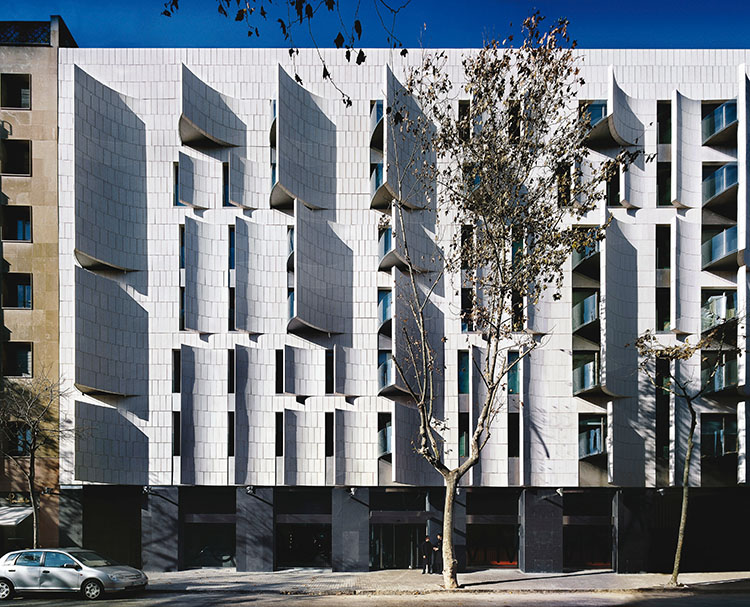 Set in a contemporary landmark building by Catalan architecture firm Capella Garcia, previously home to Barcelona’s first-ever design hotel, OMM, Sir Victor’s distinctive exterior is an ode to function-driven design. Sections of the unusual limestone façade teasingly peel back like pages of a book, allowing the sunlight to stream into the hotel’s 91 rooms and suites while ensuring that guests are ensconced in complete privacy. 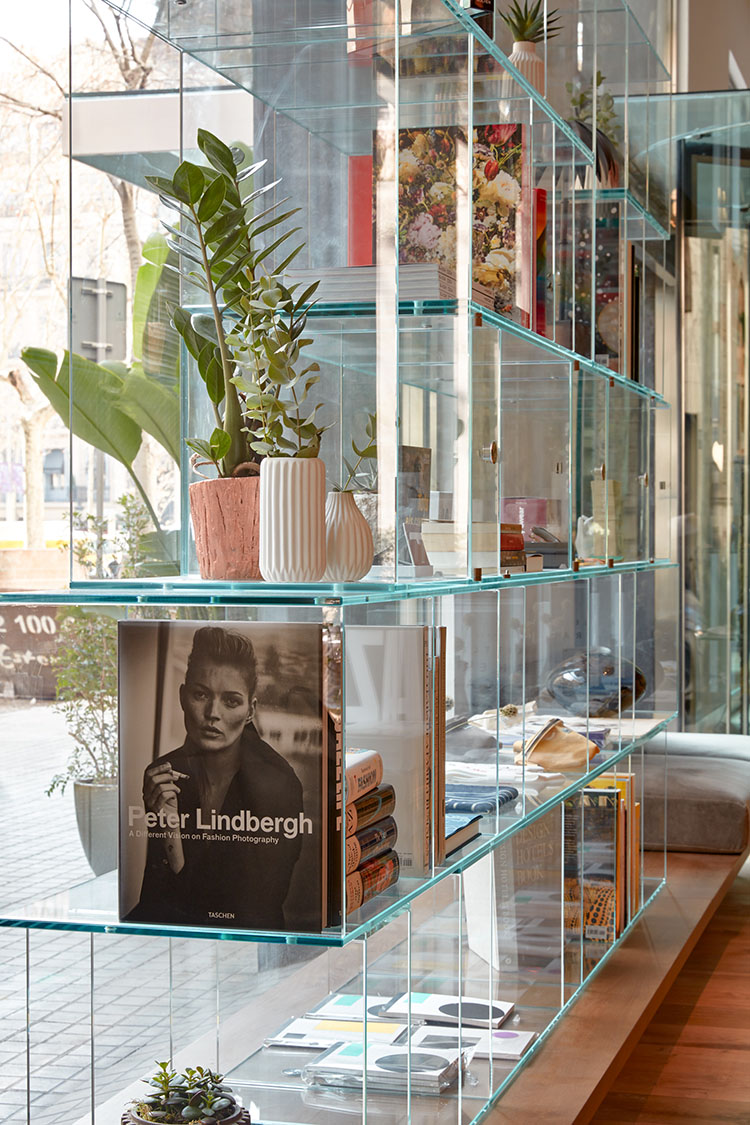 The building’s multifaceted ground floor has been reimagined by interior and architecture studio Baranowitz + Kronenberg, who sought inspiration in the city’s dramatic natural surroundings. The light and airy lobby is reminiscent of the sweeping coastline, while the brooding mountainous terrain of Mount Sant Llorenç Natural Park informs the earthy warmth of the Mr Porter lounge, bar and restaurant. Newly introduced features resonate with the same spatial intentions and include a dramatic copper mesh ceiling, locally-sourced oak parquet flooring, dark walnut furniture, and striking Bocci light pieces. 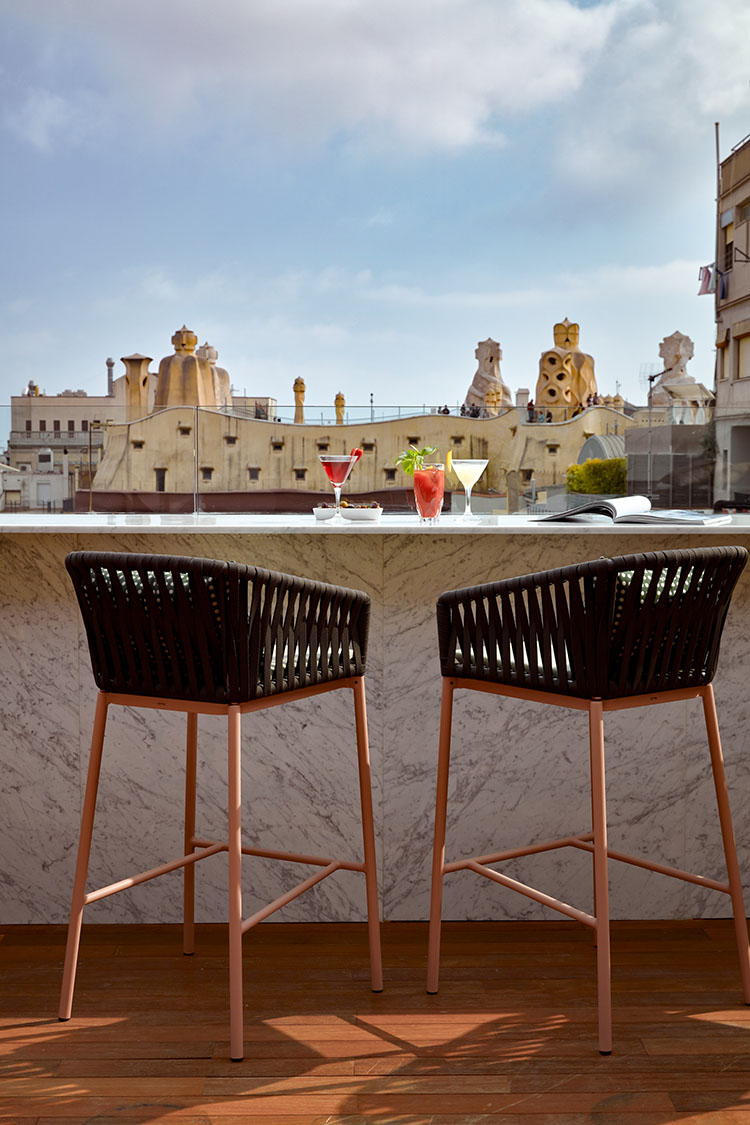 A strong sense of location is also engrained in the visual concept of Sir Victor’s rooms and suites, designed by Sir Hotel’s in-house creative team. Each light-filled guestroom features artwork by Bernat Daviu, as well as handcrafted rugs by Spanish designer Nani Marquina. A simple layout maximizes the use of light and space, and is complemented by a neutral color palette, wooden accents and stylish, modular furniture by B&B Italia and Cassina. Rooms overlook the hotel’s lush internal garden or Passeig de Gràcia, one of the city’s most picturesque avenues, while suites boast spacious balconies that are perfectly placed to take in the pulse-quickening energy of the Eixample district. 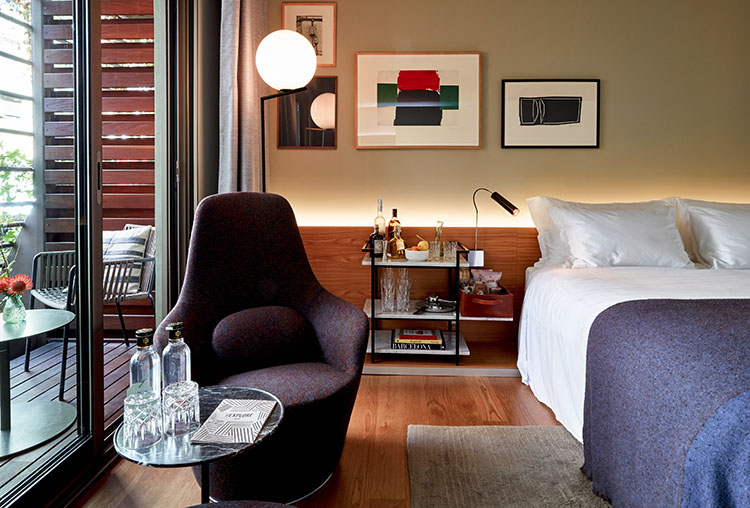 Looking to meaningfully support and contribute to Barcelona’s creative scene, the hotel’s street-level boutique showcases some of the city’s most exciting independent designers and studios, including Gonzalo Cutrina, Ölend, Hey Studio, Curated By and Lydia Delgado. Local musicians and artists will be invited to join the hotel’s progressive cultural program with regular live performances and events, and artworks from leading Catalan artists, including Antoni Muntadas and abstract painter Alfons Borrell, are exhibited throughout the hotel. Sir Hotels’ signature series of alternative, hyper-local experiences, Sir Explore, will also be available for guests seeking to connect with the neighborhood. 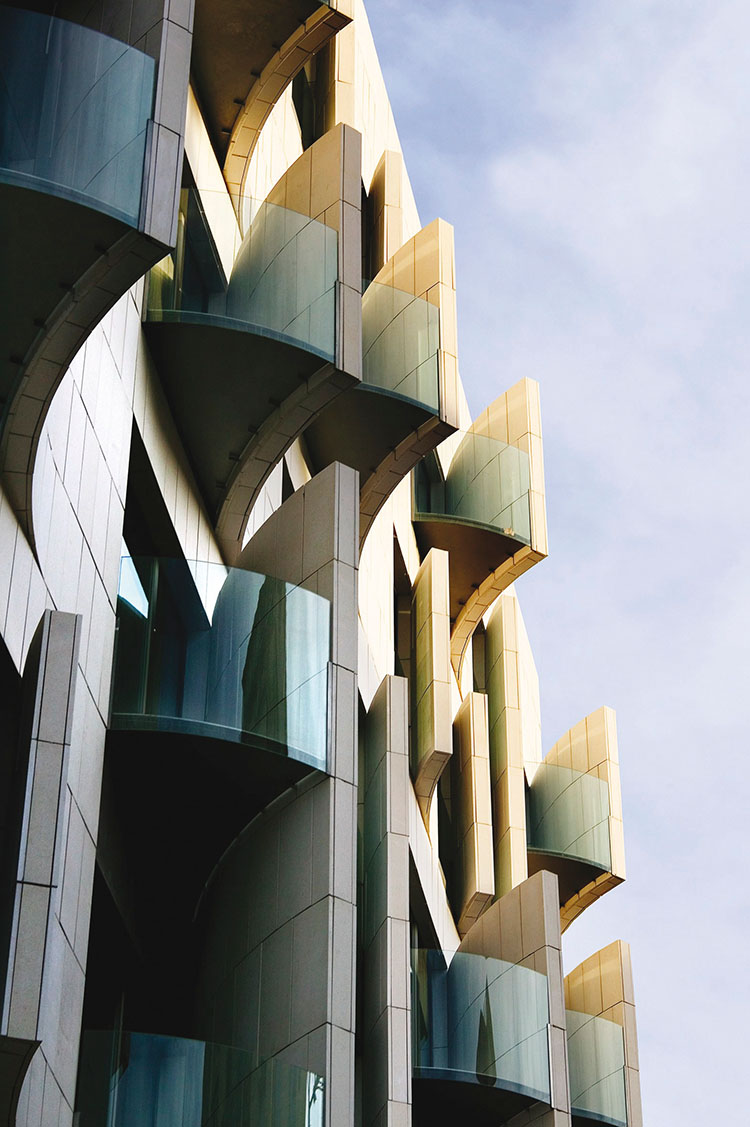 Closer to home, all of the hotel’s social spaces have been designed to provoke conversation and collaboration. Inhabiting a warm, organic space on the ground floor, Mr Porter restaurant, bar and lounge is the latest incarnation of the The Entourage Group’s award-winning contemporary steakhouse concept. For those looking for a sun-dappled dining experience, the hotel’s rooftop bar serves a tapas menu, signature cocktails, kombucha, and a selection of soft drinks including kefir smoothies. Defined by the use of bold patterns and an abundance of verdant plants and shrubbery, the open-air lounge and pool calls out for languid summer evenings spent sipping vermouth to the blissed-out soundtrack provided by Sir Victor’s resident DJs. Throughout the colder months, The Study offers a stylish sanctuary filled with books and cozy furnishings in a fitting tribute to the hotel’s namesake, the prominent 19th-century Catalan author Caterina Albert i Paradís — known by her penname Víctor Català.

Set to become the hottest destination for parties, launches and showcases, Sir Victor offers a diverse range of multi-functional event rooms, housed within The Studios and a seductively discreet subterranean space accessed through an unassuming door. And for downtime, guests need look no further than the tranquil spa and wellness area complete with an indoor pool and gym.