Located in New York‘s NoMad neighborhood, Standard Dose is a three-story shop selling a curated selection of products featuring CBD, also known as cannabidiol. The substance is a cannabinoid derived from the cannabis plant. It has grown in popularity as a legal, lighter strain of cannabis that can be used to reduce stress and anxiety, and induce calming effects. Designed by SR Projects the space includes spaces for daily yoga and meditation classes, educational workshops, and spa services to complement the produce. 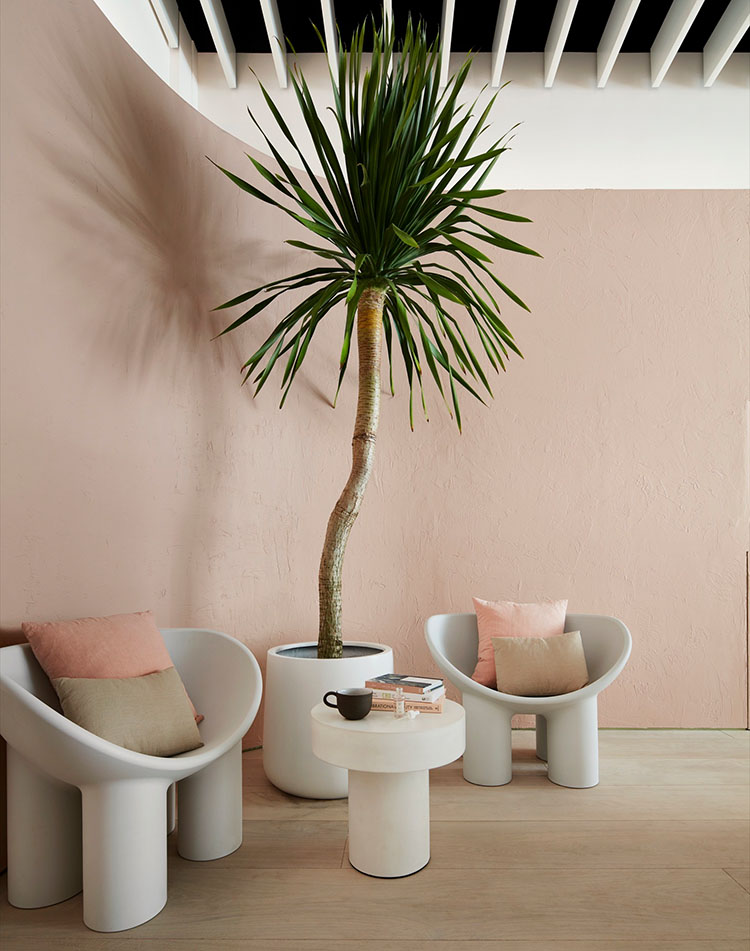 The designers worked closely with Anthony Saniger of Standard Dose to concretize the brand’s identity through the raw minimalist interior. Intended as a retreat within one of Manhattan’s busier neighborhoods, the tactile materials, the soft lighting and the informal furniture were all calibrated to establish a pervasive feeling of calm.

“This was an unusual palette to pull together, often we are asked to create focus and dynamism through color and accents, here we opted for more subtle and harmonious colors with emphasis on texture and touch,” says Sacha Roubeni of SR Projects. 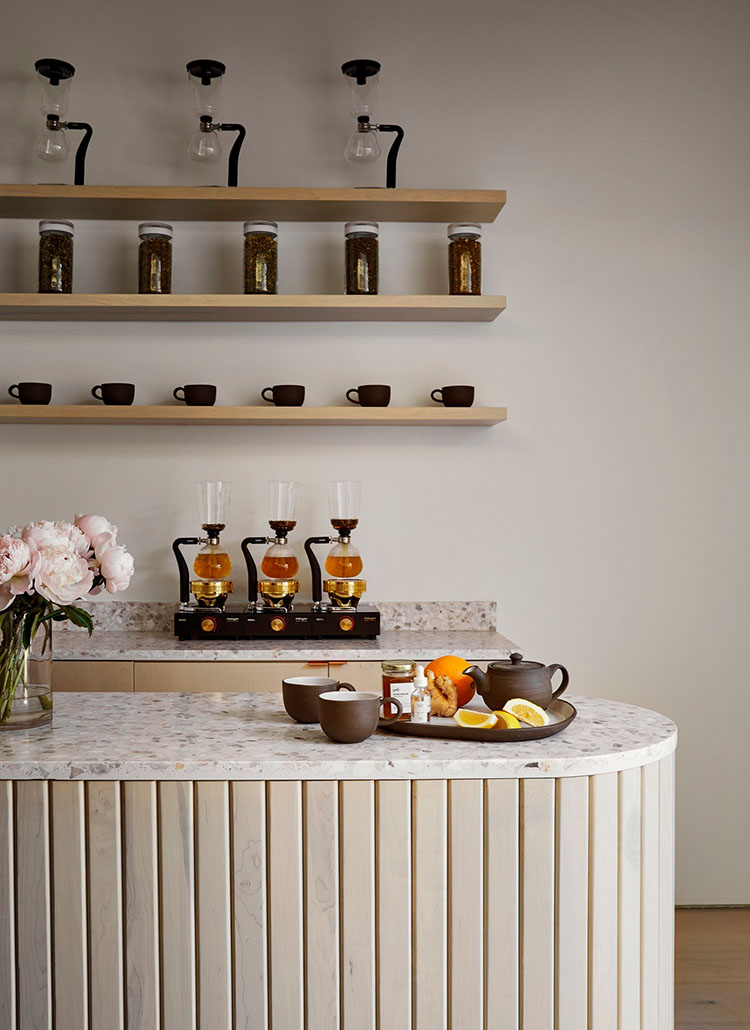 The space utilizes arched openings and radiused corners to avoid any visual dead-ends. Plantings are also a central focus of the space, selected to correspond with their different placements: cacti at the entrance, conspicuous to passersby, a yucca providing cover for two lounge chairs and a manicured jade in the meditation space. 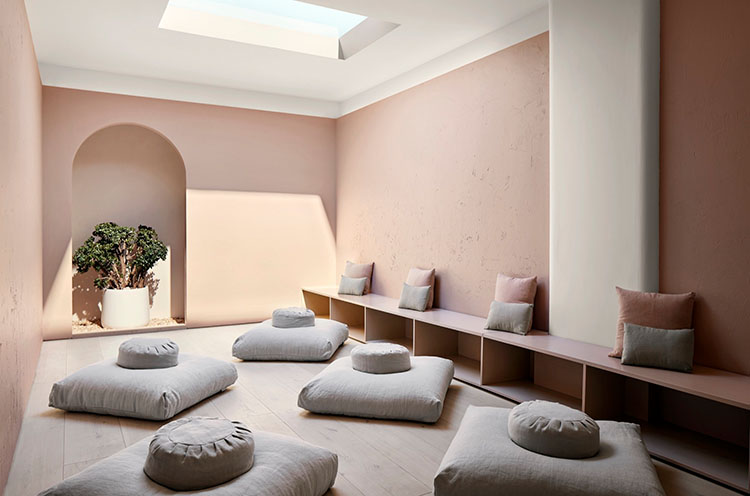 Essential to the design was the approach to the space’s proportions. As with many storefronts, the empty space was very narrow and tall. The designers used a central feature wall to anchor the space, visually connecting the entire store while also defining the separate product zones. Through striking lower datums and easing corners, as well as dropping a baffled ceiling the designers were able to alter the perception of the space’s proportions. 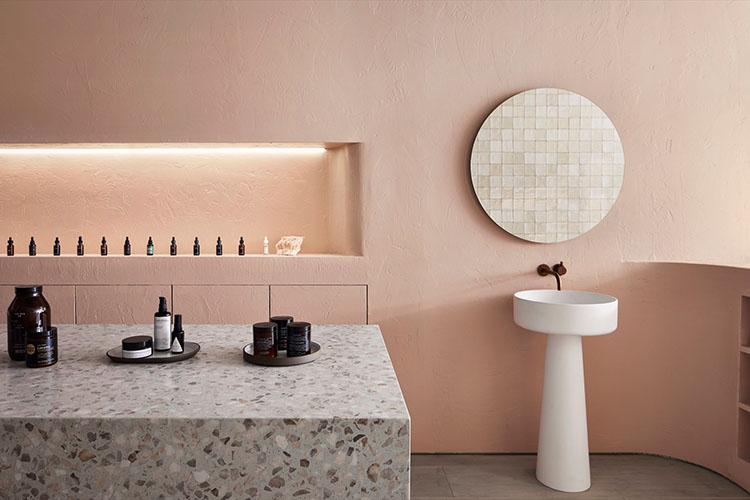 A hallmark feature of the storefront is its incorporation of a meditation room focused around an artificial skylight. The skylight, by Italian manufacturer CoeLux is the first of its kind in a US retail space. The light provides the uncanny illusion of actual sunlight. “It really has to be seen to be believed,” says Christopher Gardner of TUNA, a collaborator on the project. “For the meditation space, creating a sense of “place” was key, it needed to feel unlike any space a visitor might otherwise come across.”