“For me this was a dream architectural project because I had so much control, from the strong gestures of the architecture to the finest interior detailing. Although I was encouraged to make it edgy, liveability was still a guiding principle,” says David Thulstrup founder and creative director of Studio David Thulstrup. “I wanted it to have the personality, functions and aesthetics of a private home.” 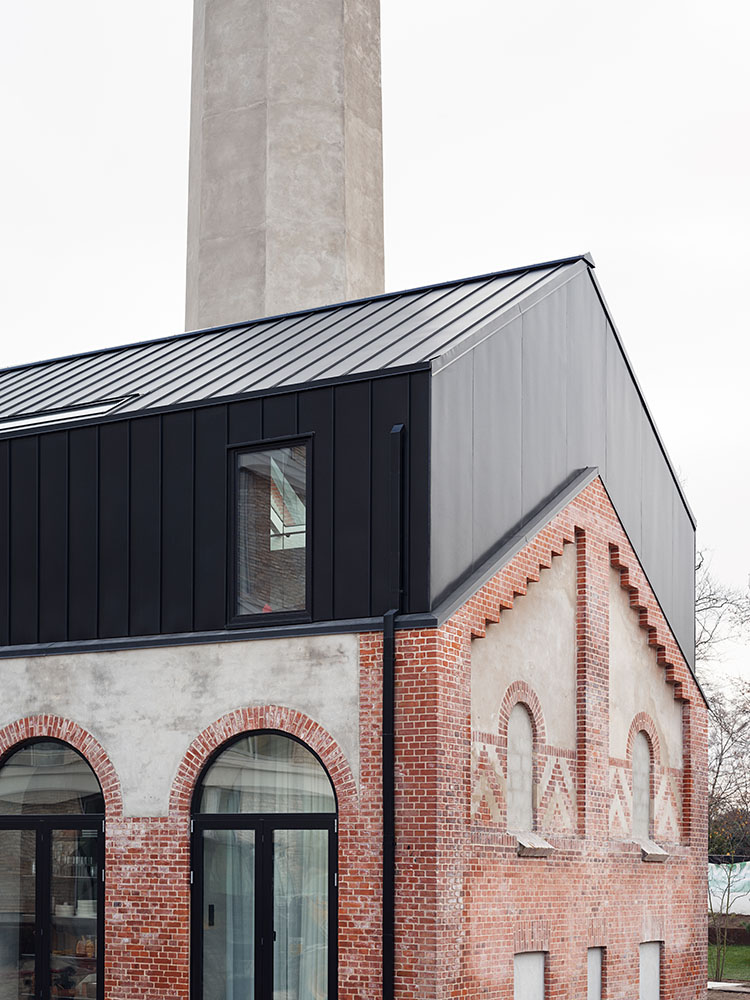 Chimney House takes its name from its distinctive 35-metre high minaret shaped chimney, added to the 1902 building in 1928, and restored during this yearlong project. The main structural change was a new upper level in steel that follows the gabled roofline of the original brick building and acts as a modern counterpoint. Existing arched windows were extended to ground level and turned into steel framed glass doors and a deep cut was made into one façade leading to a new external terrace. 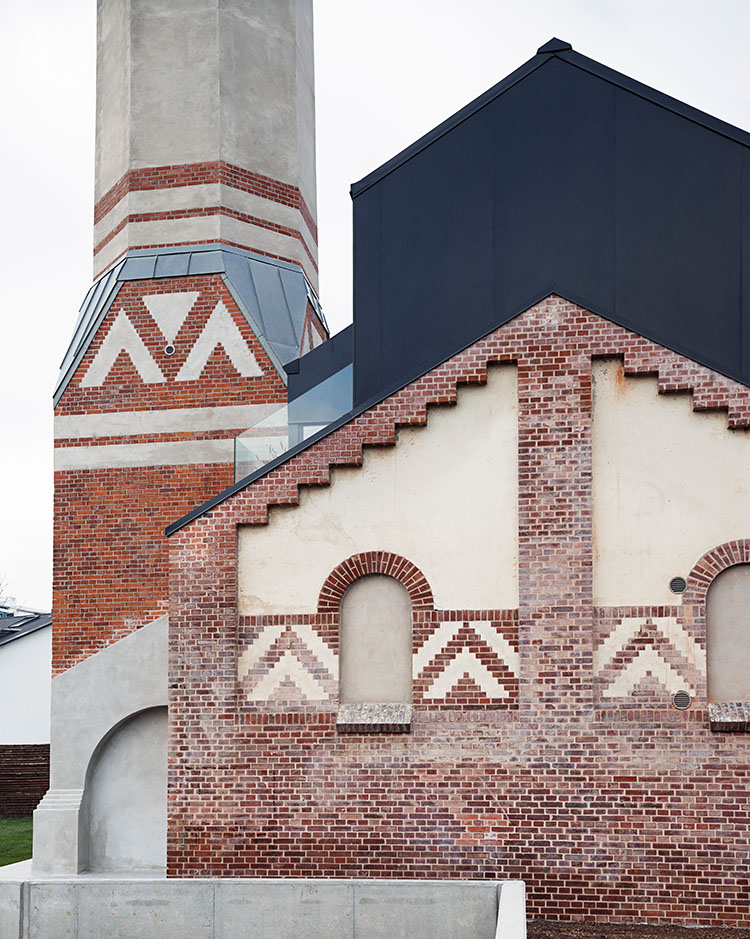 A U-shaped staircase bisects the ground floor and acts as a divider to define the dining and living zones in the open plan space. Made of steel and strongly geometric, the staircase is clad in extruded aluminum paneling echoing the facade of the VIPP Shelter, a retreat in Sweden.

“With the staircase, I wanted to amplify cues from the matt black of VIPP’s universe,” explains the studio. “The top landing is totally black, but naturally lit from above by a large skylight that creates an atrium-like feel around the hardcore metal staircase.” The skylight has a view up the neck of the chimney. 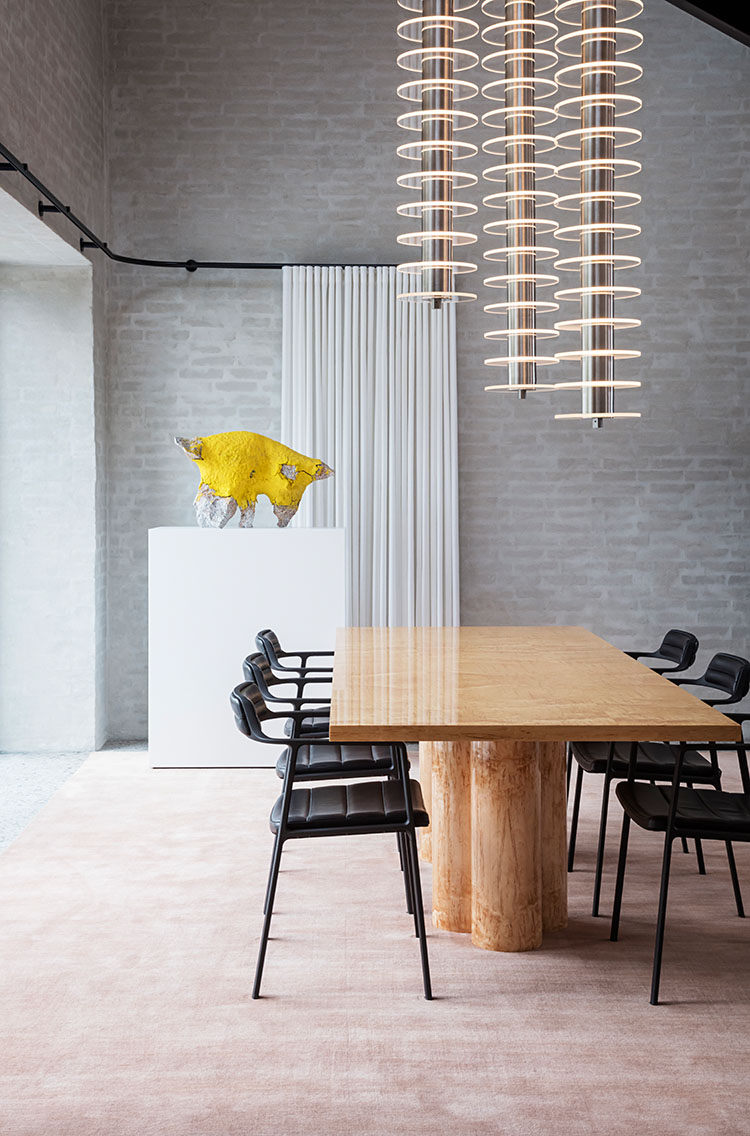 Inside, the concept of the architectural detailing was to retain the sense of the original space by creating a separation between the old and the new. “Nothing touches the exterior walls. The new volume housing a bathroom is set off the wall and there’s a shadow gap where the terrazzo flooring stops. The pitch of the original roof is highlighted by a strong line and material change identifying the extension. The existing façade walls are treated with a warm grey render so you sense the brick. This approach to the detailing honors the character of the building and delineates the new work.”

The pitched roof of the new level is left exposed and its generous height is accentuated by three 5-meter long custom designed pendant lamps made from stacked Perspex discs. 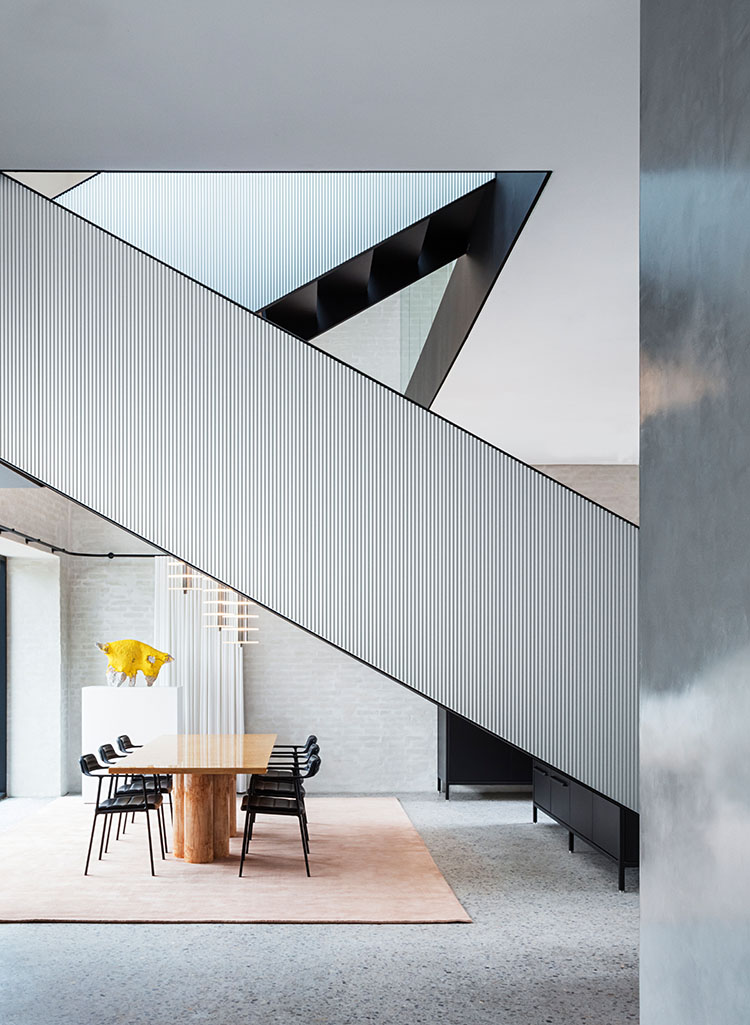 With the interior design, Thulstrup sought to fuse modern ways of living and showcase VIPP’s high-end kitchen and bathroom elements and accessories.  The new L-shaped mezzanine has two bedrooms, each with 4.5 meter-high glass panels facing the atrium.

“You can see from one bedroom to the other and there’s an exchange of natural light. It’s provocative in a way, and an architectural suggestion about flexible modern living where people can control their own levels of privacy,” says Thulstrup.

The Chimney House will become the third outpost of VIPP Hotel, immersive spaces available for short-term stays that show the evolution of the iconic Danish brand. Studio David Thulstrup also designed the VIPP Loft in Islands Brygge in Copenhagen. 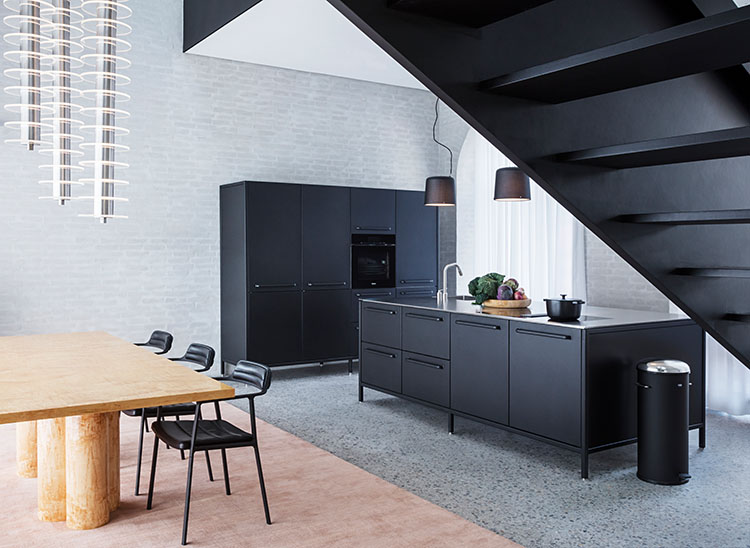 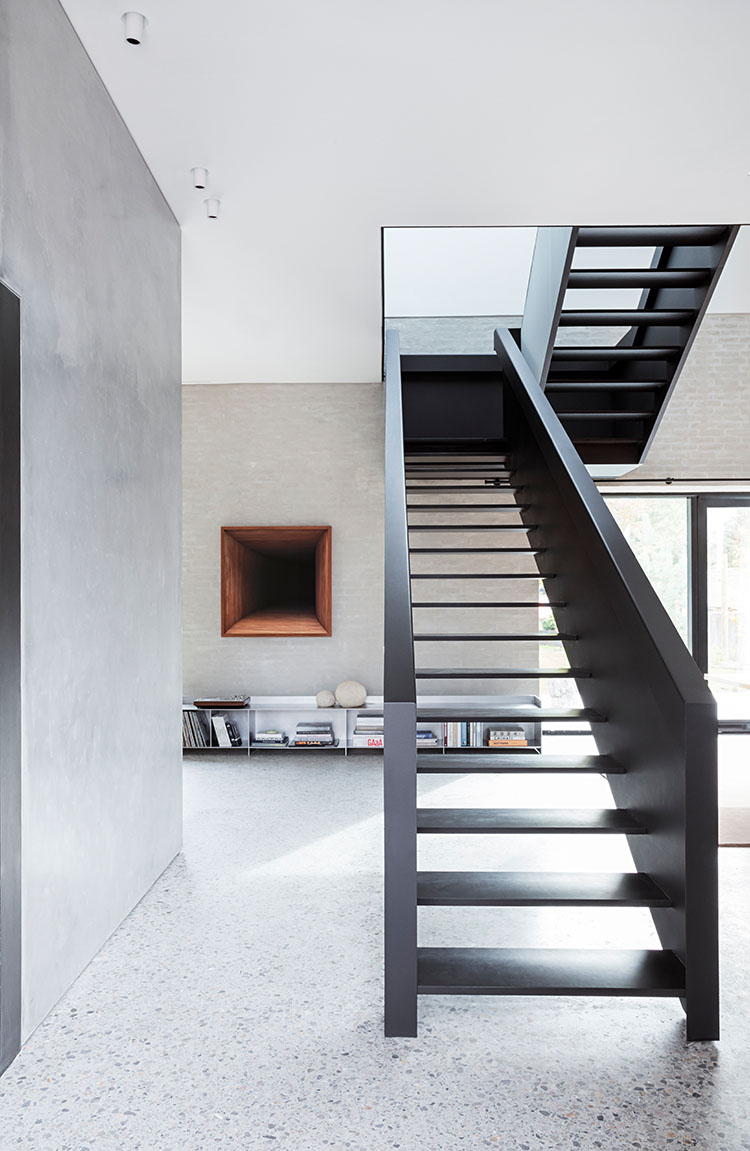 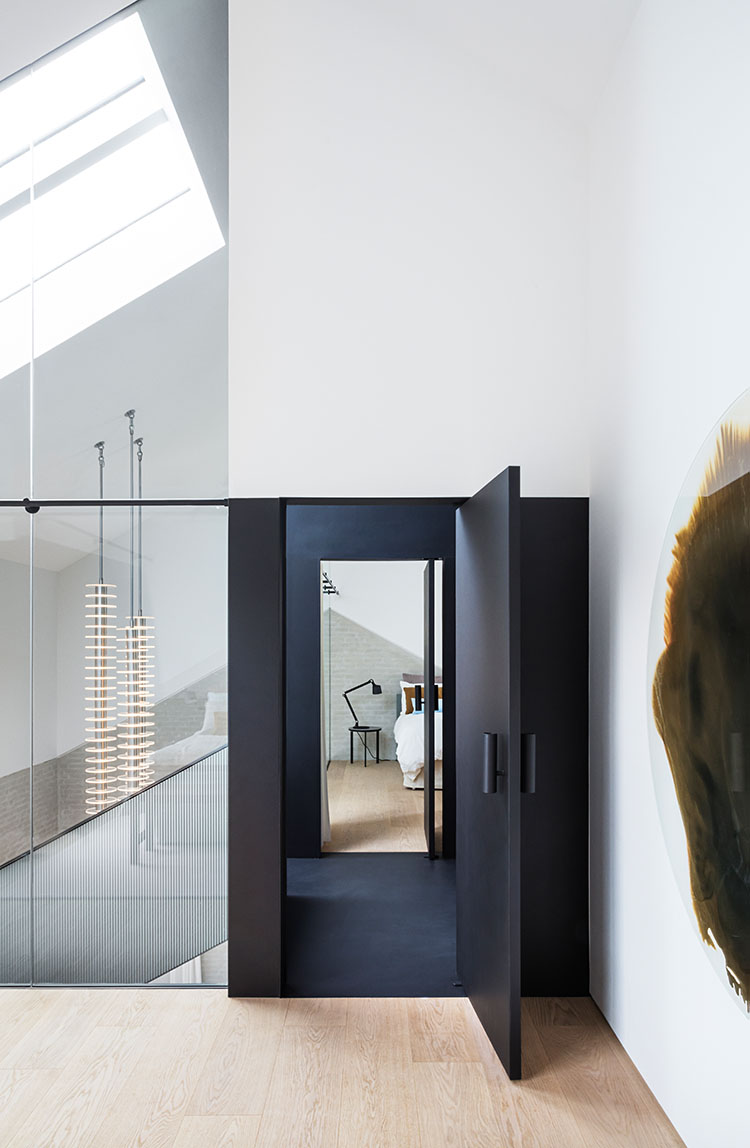 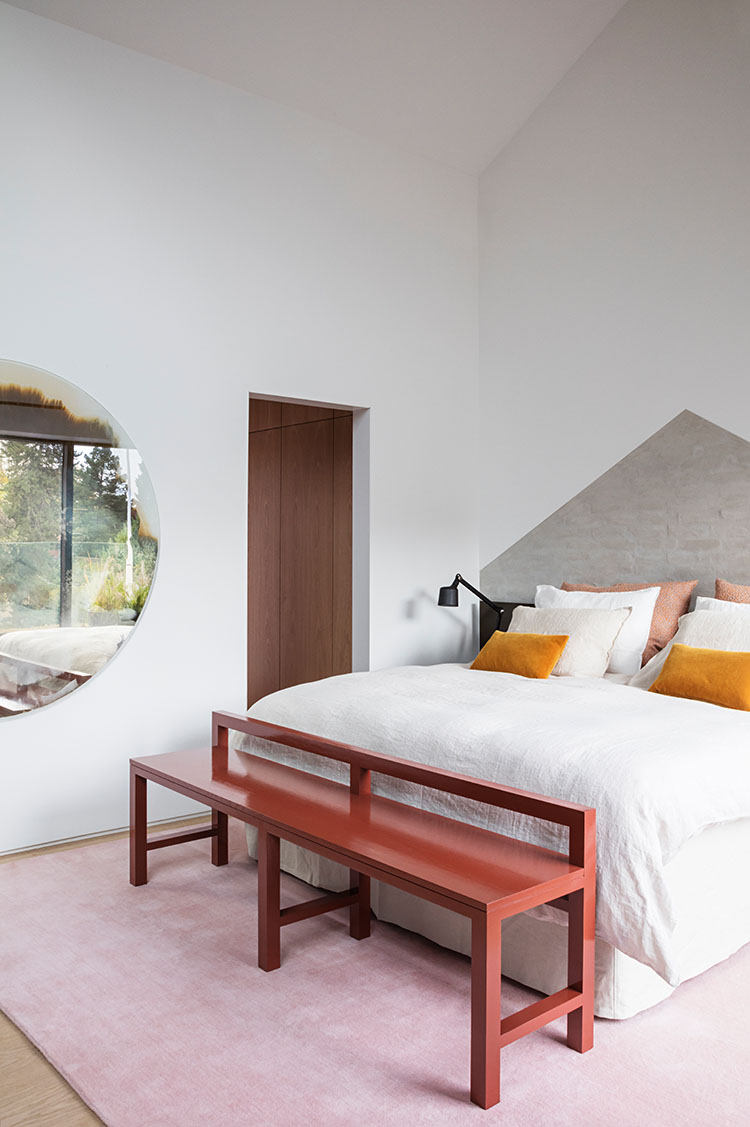 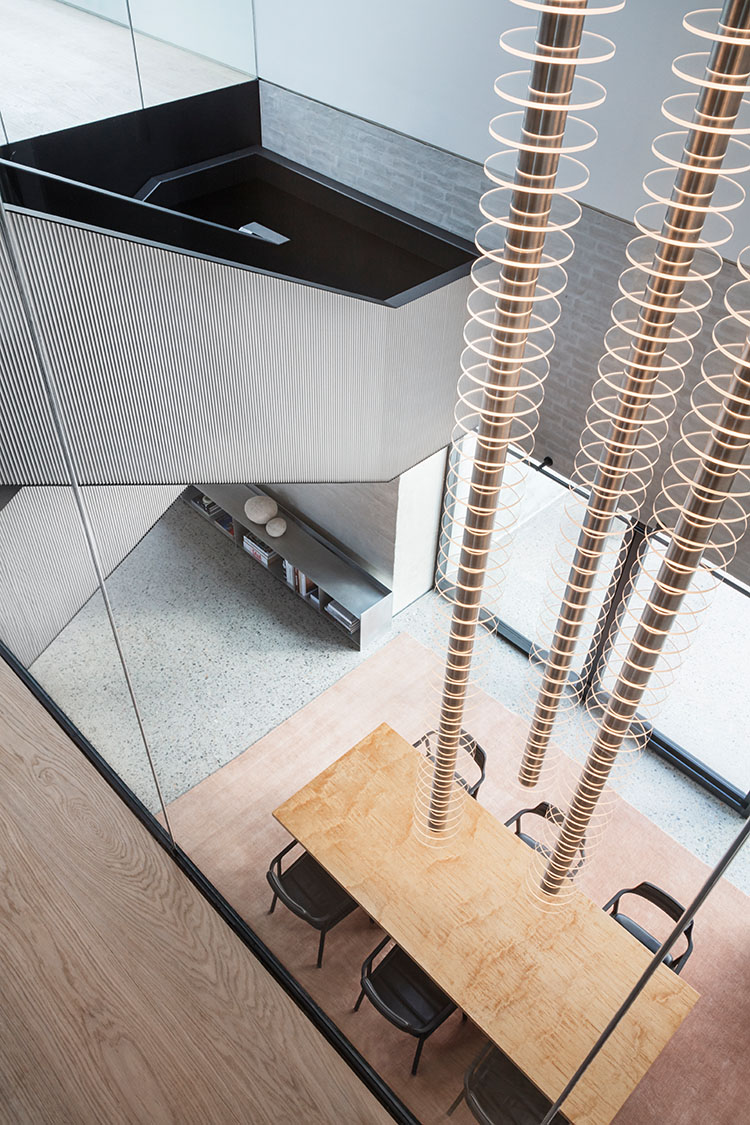