Located in the ancient town of Heshun in Tengchong City, four kilometers southwest of Yunnan, China, Studio QI has designed the Annso Hill Hotel. Rising on a street lined with bed and breakfasts and small shops, the building follows the slope and is covered by a tradition tiled roof, cut into at its base by a zigzagging entrance.

Rather than competing with adjacent shops and facades in elevation, Annso Hill Hotel chooses as its formal strategy to step back and react directly towards the landscape. Pressed against the hill, the roof shifts and climbs 30 meters upward, while the frontal tiles touch the very ground on the edge of the alley. 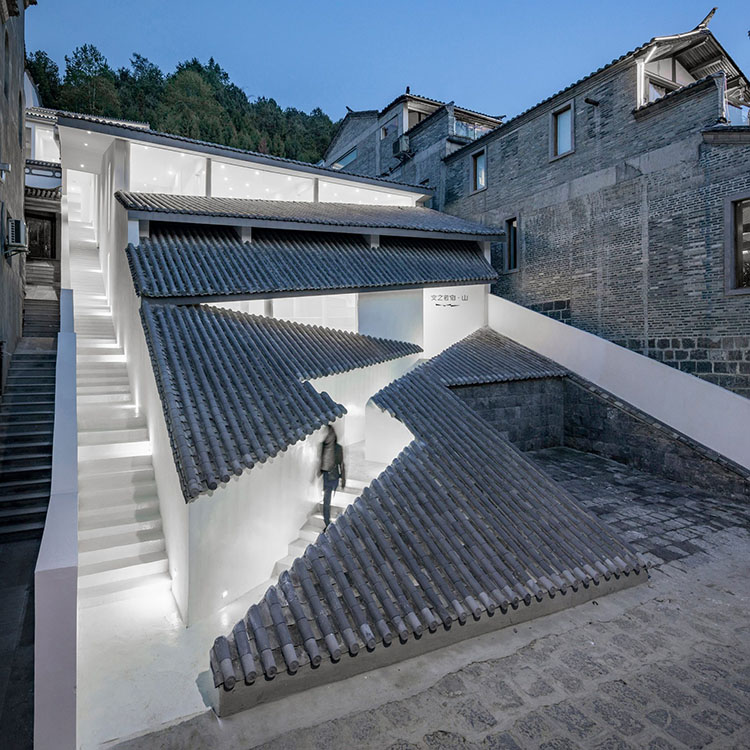 This approach, as a result, provides an open space for the public realm that is extremely rare in Heshun, as visitors and locals are drawn to any and all creative activities or social programs. This tilting geometry also adds a new trajectory of complex relationship that is perpendicular to the linear street, which connects both visually and spatially with the town and the“hidden” hill by a sequence of living conditions. 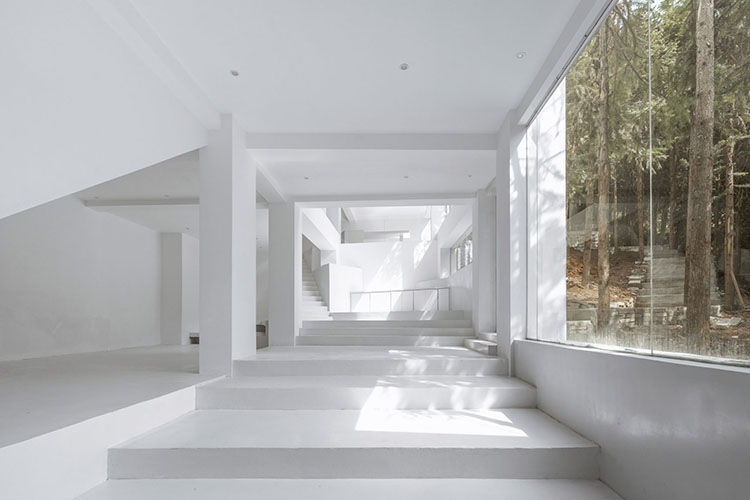 The entrance way cuts through the roofs and leads the hotel to an “other” world. It is a play of ambiguity between roofs and walls, facades and grounds, elevations and plans; it becomes a design of an “architectural field” instead of an“architectural room.” All of the interactive programs and creative activities, such as: café and bar, gallery, DIY, and yoga area; flow against the movements of the transitioning ground. The public space is thus justified by field conditions and is continuously being re-defined by the series of events.

A flying corridor connects all the guest rooms in the back of the serene and tranquil hill. All rooms are unique in their formal reactions to site specifications and their particularly exclusive axis of view. An architectural operation of 2.5-dimensional spatial strategy is introduced to identify specific visual movements and programmatic performances within each space. 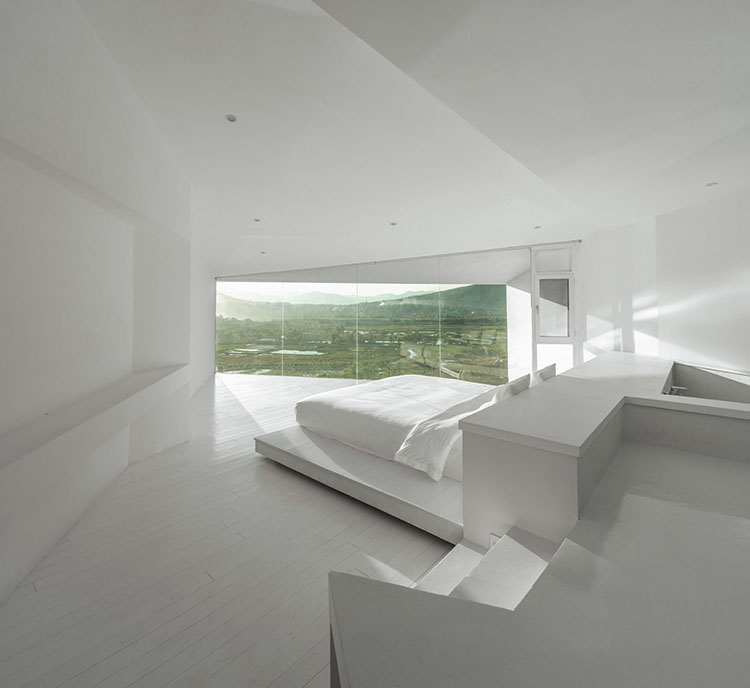 All walls are shifting and being slightly carved-in, in order to create another dimension of spatial reading and also for practical usage. There is an emphasis on the play of light and shadow through manipulating the geometrical relationship between walls and windows. All objects in the hotel rooms are arranged in the lower horizontal zone, leaving the above space to collect the grand views of the outside.