Rizoma Architetture has recently completed in Milan the third restaurant of the brothers Matteo and Salvatore Aloe, creators of the clubs from Bologna dedicated to the artisan pizza, that brings up to 10 the number of pizzerias opened in Italy, which can be added to the two in London.

After two restaurants in Isola and Navigli, Berberè expands also in Milano Centrale, in a dynamic block, active heart of the Milan business, in order to represent a further growth of the brand of artisan pizza, supported by the increasing recognition of the food critic, as for example the reconfirmation of the Tre Spicchi in the section “Pizza a degustazione” of the guide Le pizzerie d’Italia 2019 by Gambero Rosso. 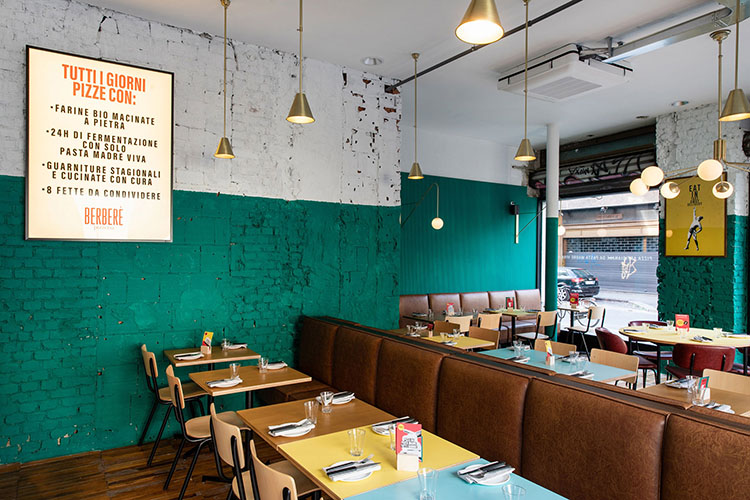 The new restaurant around the Central Station has got 120 covers in a completely renovated environment, where the original volumes are given value. The plaster has been removed to light up the rough bricks. The use of pop and lively colors, in contrast to the brick painted with white lime, also presents a long intense green stripe as boiserie. There is also the wall-painting, a characteristic of every restaurant of this sign. 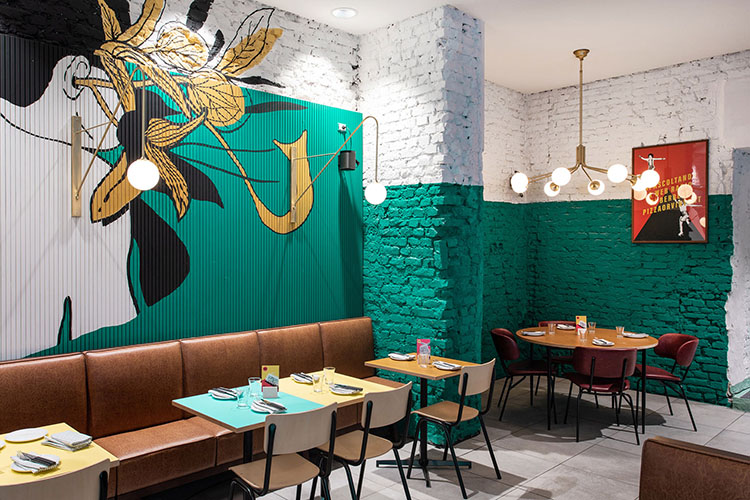 For the third restaurant in Milan, they have started again the collaboration with the visual artists TO/LET, who had already created the works in different clubs in Bologna, Florence San Frediano and Turin, and in Milan draw a dreamlike environment, an aquatic garden in which are floating evocative amphibious creatures. 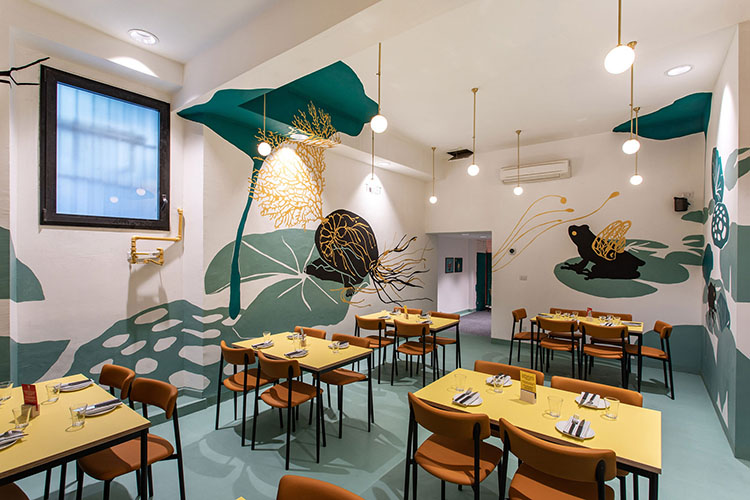 The graphics of the club propose again the Berberè style, characterized by a vintage image with black and white pictures assembled, with the collage technique, on bright and vivid colors. The internal communication, the graphic and the brand identity have been curated by Comunicattive.