Hungarian firm Archikon has teamed up with interior design studio Kroki to convert Budapest’s Paris Court—one of the most ornate buildings in Europe—into a five-star hotel. A popular location in spy films, the historical building has been renovated by the studios, recreating the once-glamorous setting of Budapest’s iconic architectural gem.

Had you visited the Paris Court in downtown Budapest only a handful of years ago, you’d have met with a significantly different impression. Darkened corners, rusted metalwork and damage from the tumultuous wartime events that shook Europe in the 20th Century all combined to make for an architectural sight that was at once historically rich yet in many ways a shadow of its former glory. In fact, it was a popular destination for filmmakers, who saw the opportunity to leverage the combination of the ornate passageway and limited natural light for covert undercover meetings in spy films – such as 2011’s Tinker Tailor Soldier Spy. 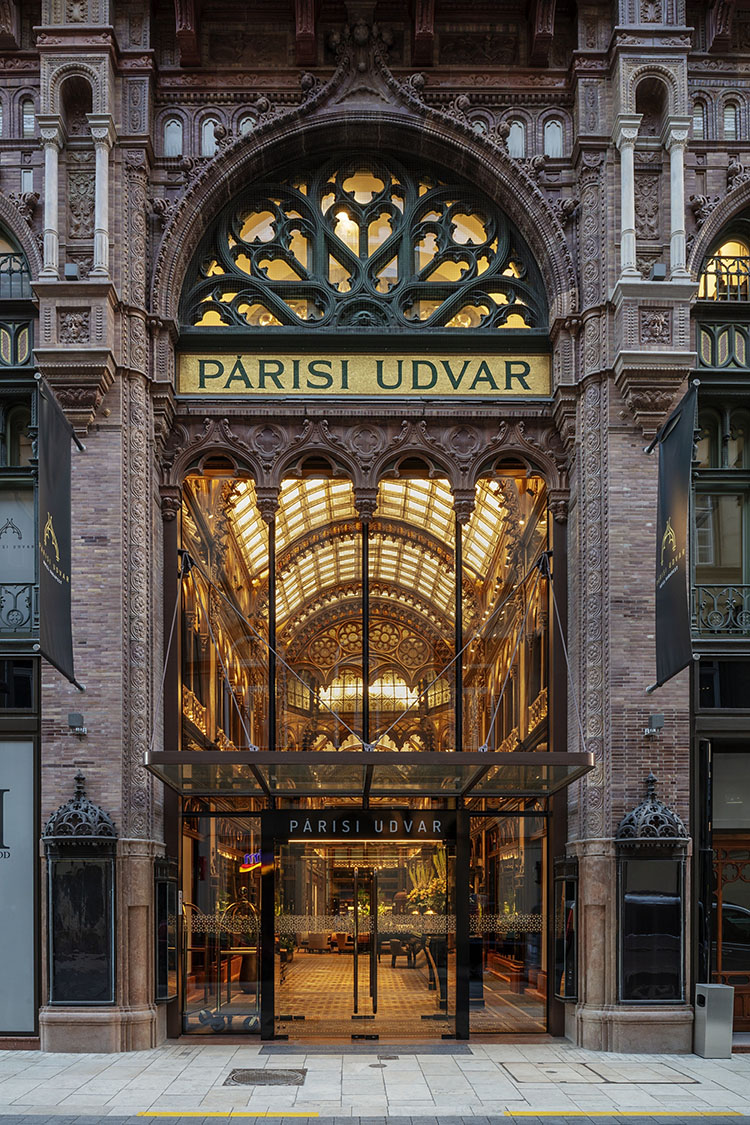 Over the last three years, a partnership between interior design studio Kroki and architecture studio Archikon has worked to revive the downtown location, restoring the dark and damaged arcade to a decorated landmark that introduces proper lighting to its intricate details for the first time in its history.

The goal was first to restore the historical features of the central passageway, which is now open to the public as it had been prior to its disrepair. This meant maintaining the unique facades and decorative elements of the building that its creator, Henrik Schmahl, had designed it with when it was built at the beginning of the 1900s. 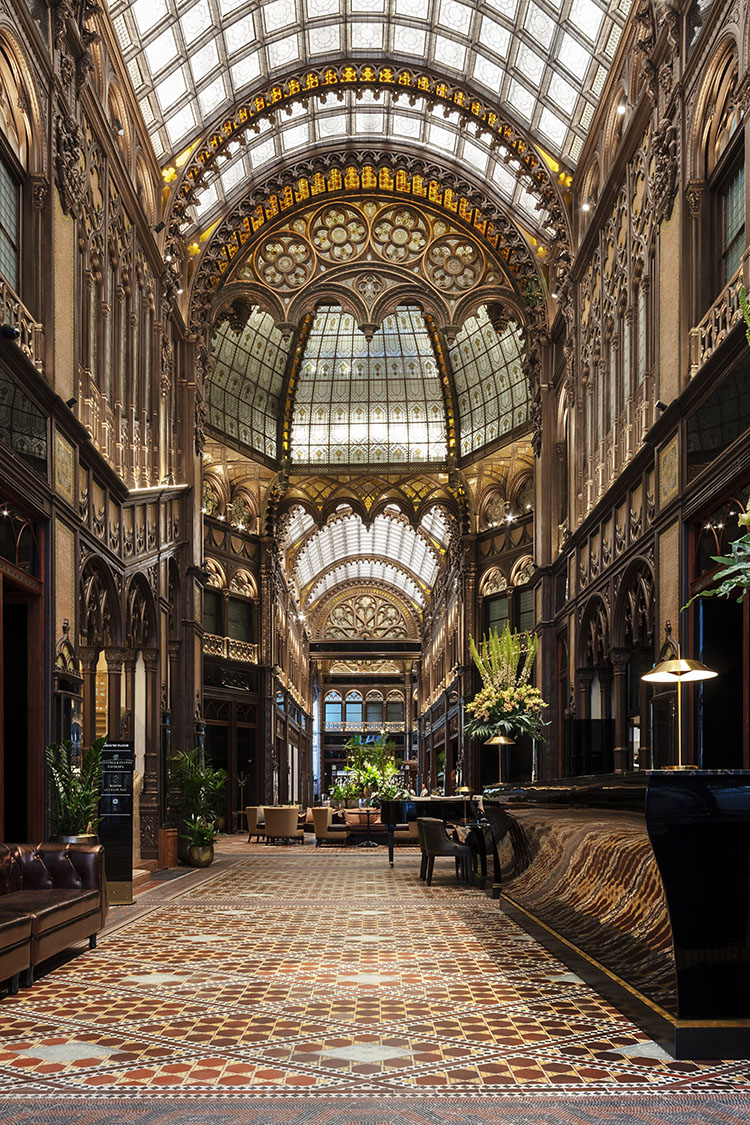 Glimpses of Neo-Gothic, Art Nouveau and Moorish aesthetics can be spotted throughout the covered space. The myriad details that once decorated the passageway is a rarity across Europe, and so when work started it was essential that these same features were restored and maintained to their previous, ornate glory. 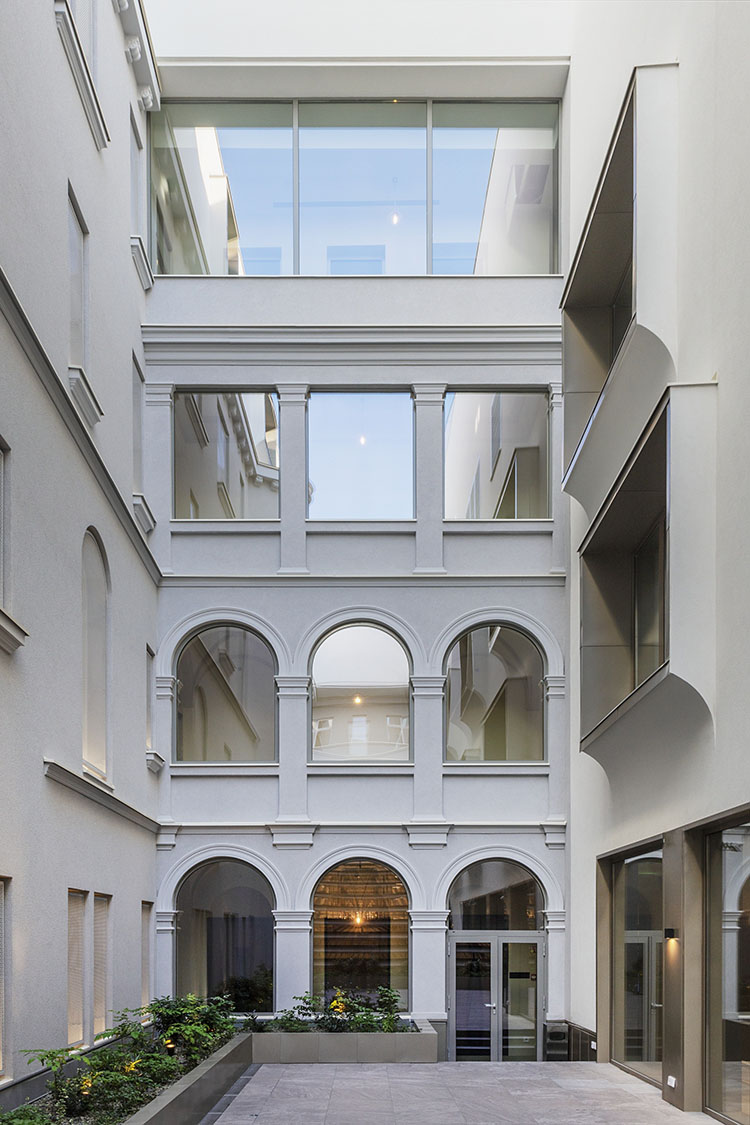 The partnership between the two studios meant close cooperation to help restore the building’s grandeur and architectural significance. Kroki worked primarily on the interior design aspects of the restoration, using the unique mix of historic styles for their contemporary interpretation in the newly renovated apartments above that are now repurposed as part of a five-star hotel. 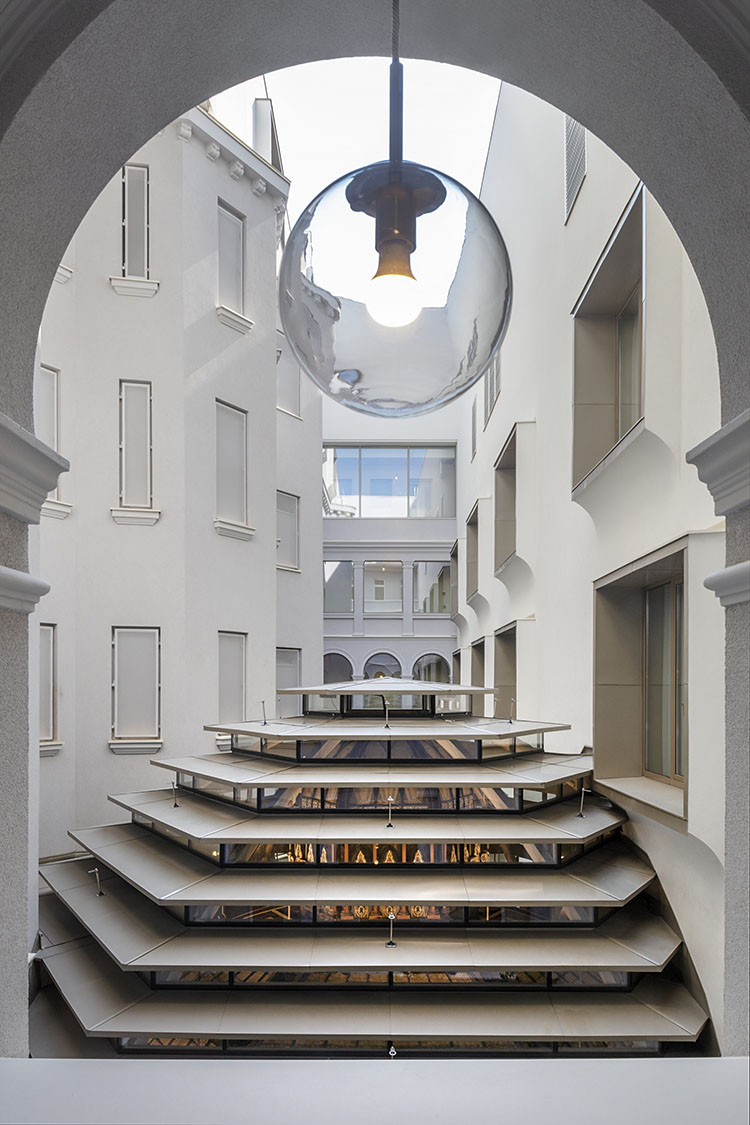 Archikon leads the architectural and general construction work of both the building’s renovation and its newer functions and features. It began the process by first protecting the most important aspects of the Paris Court, particularly by designing a custom case for the glass dome that additionally allows visitors to view the passageway from above. Archikon also designed a brand new floor added on the top of the building, where it aimed to find a balance between privacy and openness, modern and historic. 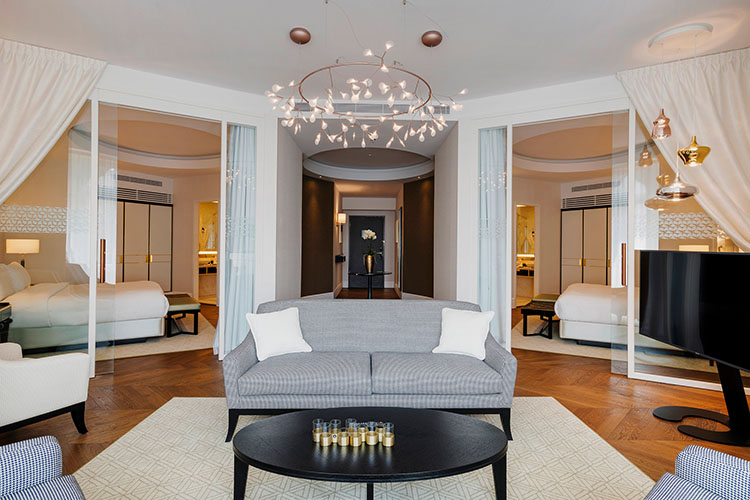 In rescuing the Paris Court for a contemporary era, the public can once again experience the glory of this unique European landmark. Thanks to the restored glass dome and tactful decorative elements, Schmahl’s unique passageway has been brought into the light for all to enjoy. 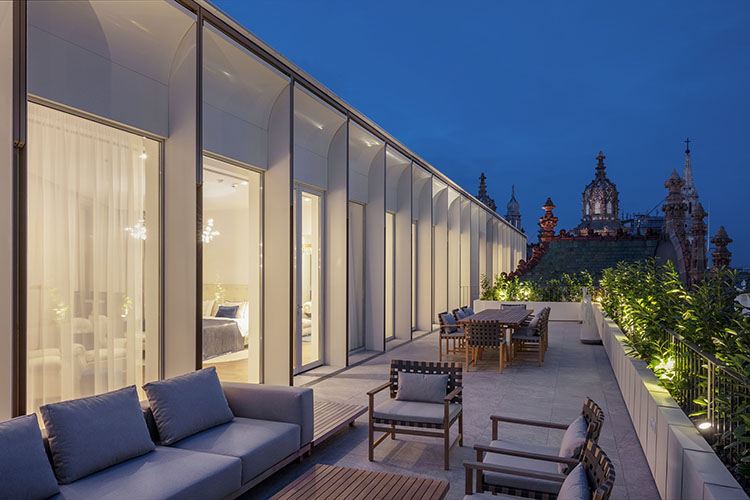 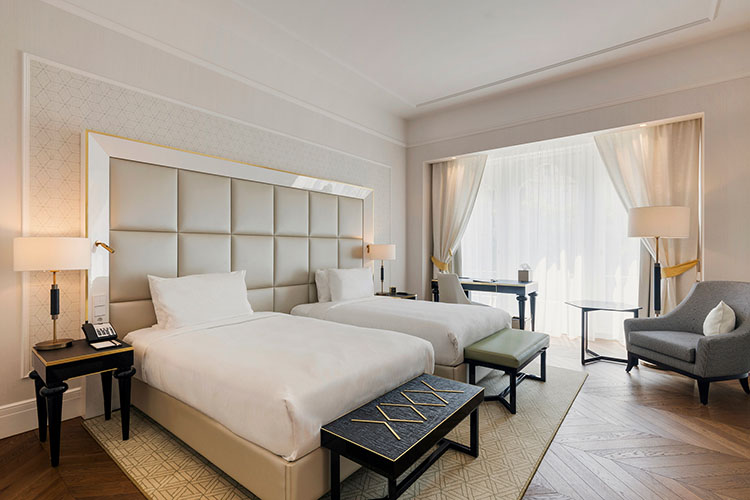 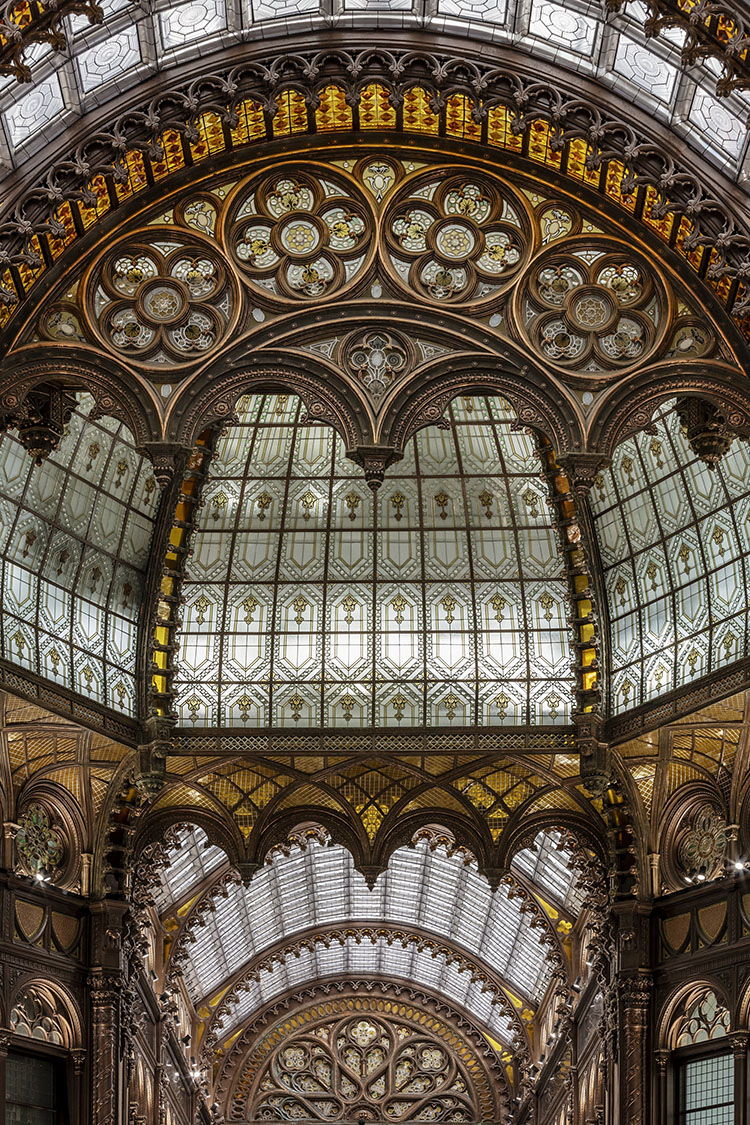 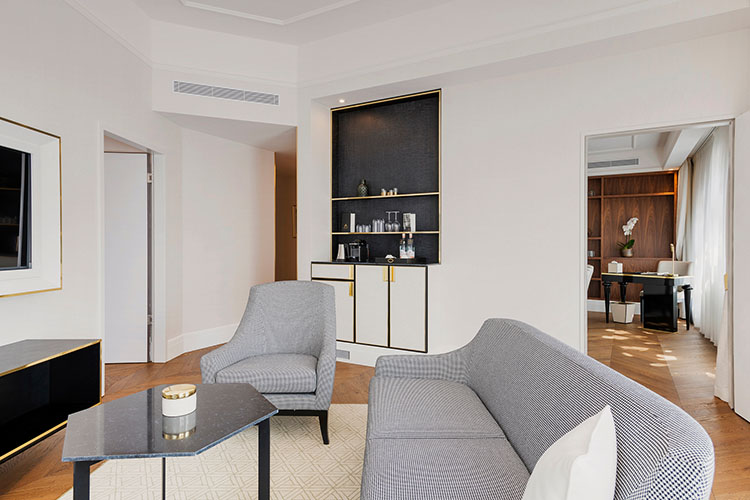 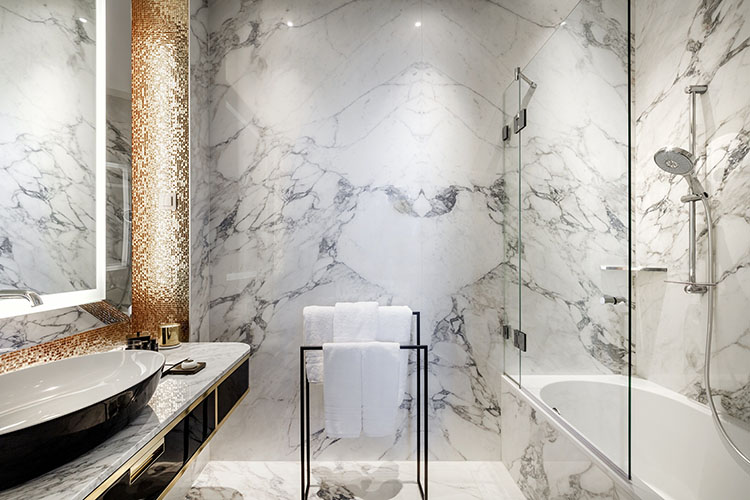 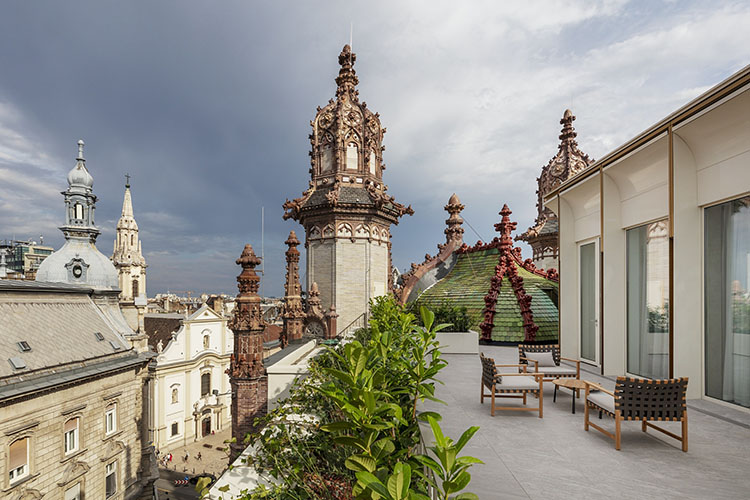 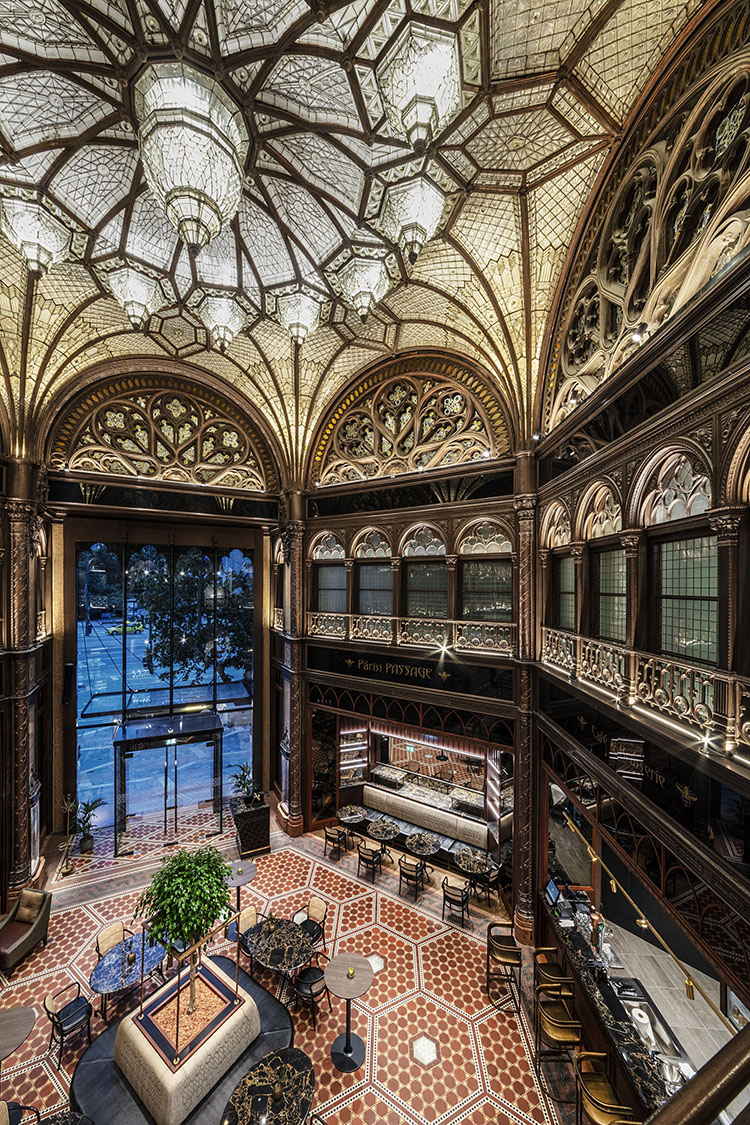 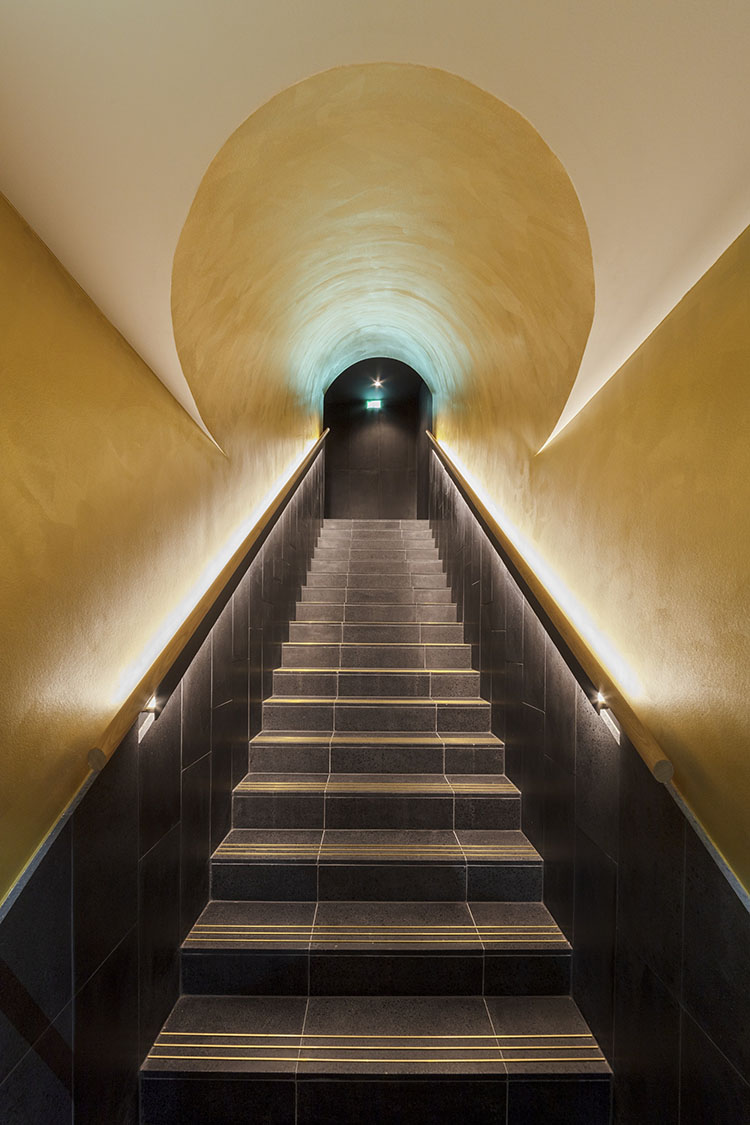 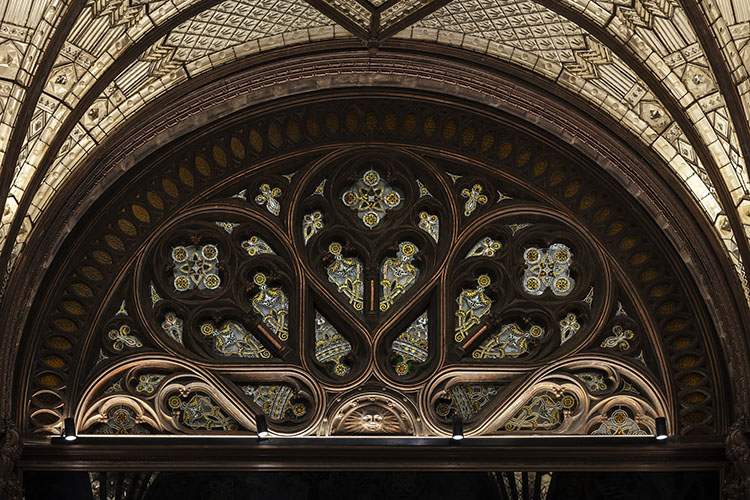 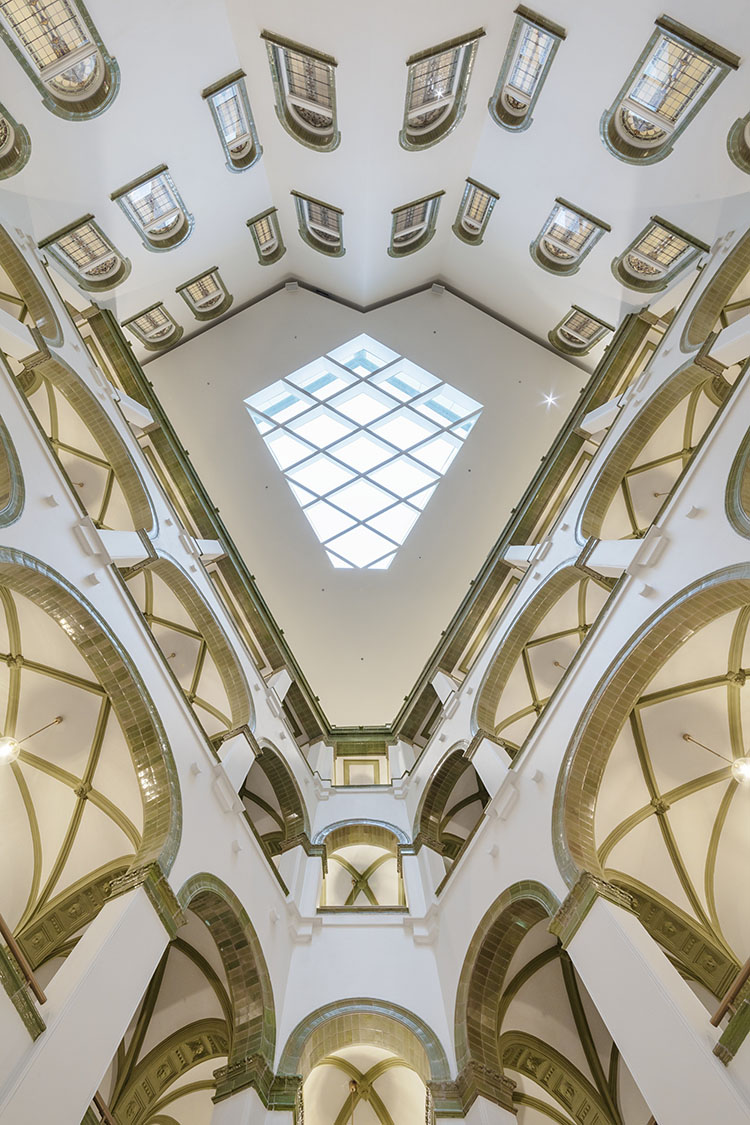 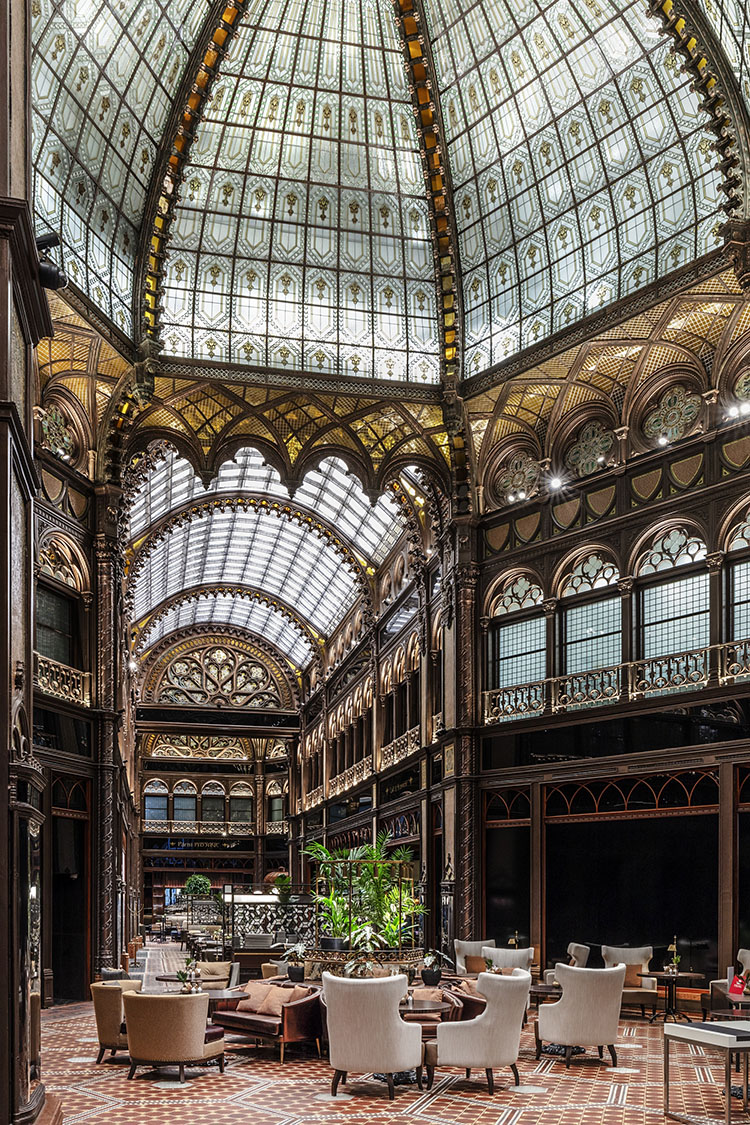 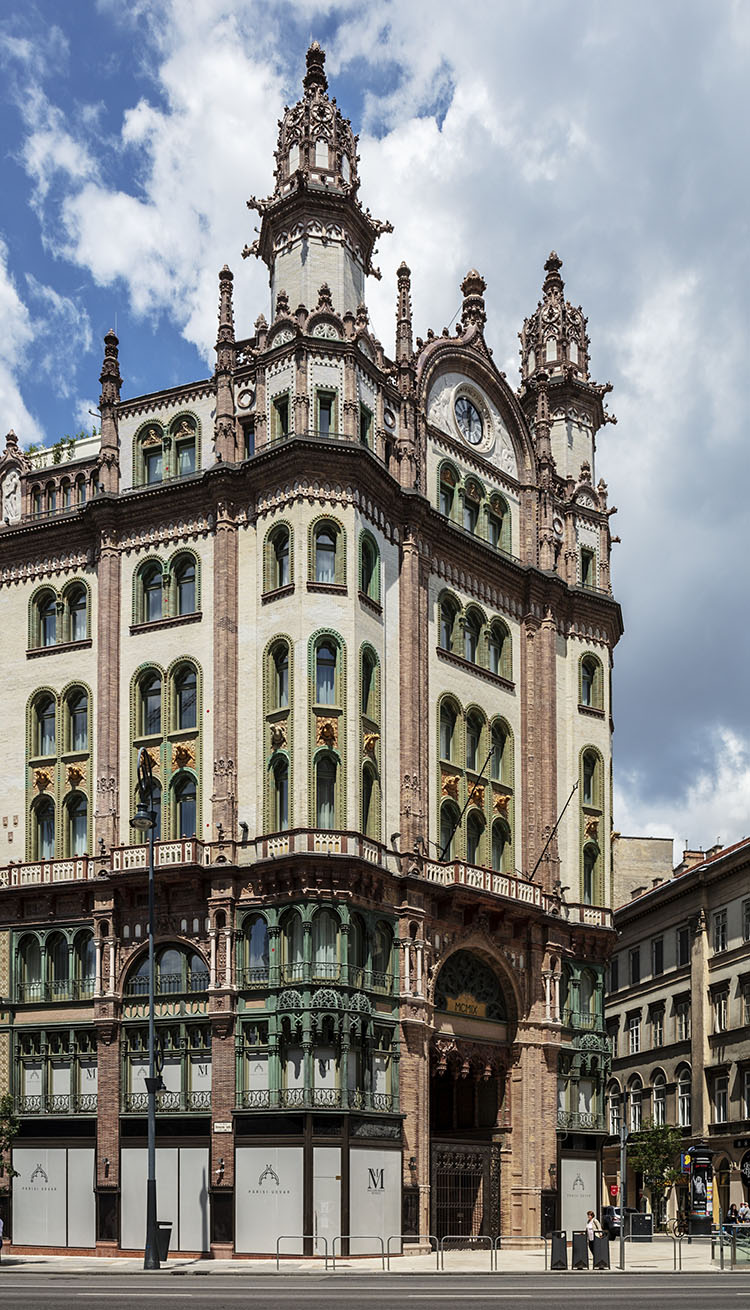 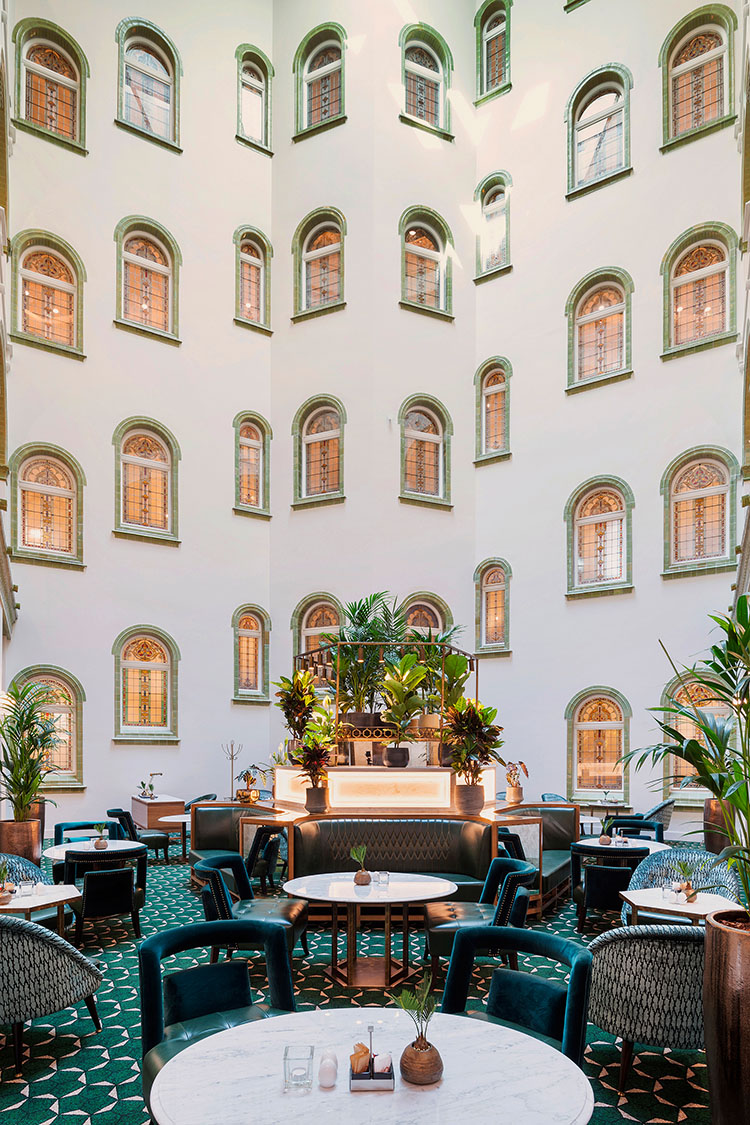