When it comes to selecting Halloween costumes for men it can easily feel like a very important decision. To find the perfect costume it’s a good idea to start as early as possible.  Many stores start stocking their Halloween collections in the summer months. According to the Annual Halloween Spending Survey ut out by the National Retail Federation (NRF), many people begin their Halloween shopping even earlier than September.

In their latest survey, consumers this year are planning to spend as much as $3.2 billion on their costumes, which are bought by 67% of Halloween consumers. As well as outfits $2.6 billion will be spent on candy, $2.7 billion on Halloween decorations and $390 million just on greeting cards.

Of these purchases, almost 40% of them will be for candy and costumes in the next two weeks of October!

The inspiration for finding the ideal outfit can come from anywhere, but according to the research, the three commonest sources are people searching online, customers visiting retail stores, and friends and family.

Although women represent 25% of the Halloween shopping group,  men account for 12% of the activity who are using Pinterest to research their ideas. Indeed, 19% of searches on YouTube are made by men compared to women who account for 10%.

In the top 10 costumes sought after according to the NRF is any superhero and Spiderman outfits along with Zombie and Avengers characters. The vampire is also up there, which indicates grown-up men are fond of being scary at this time of year.

One of the best ways to really enhance male Halloween costumes is with makeup. Now we all know the majority of guys just don’t wear makeup as a matter of course but when you choose your Halloween costume, involving makeup can make any outfit look spectacular. You can change over your look trying these funny Halloween costumes this year.

Whether you choose to dress as a vampire, zombie, or clown you can either choose to get made up or just wear a mask. It’s worth remembering that good and effective Halloween slap can seriously outweigh many of the cons of donning a mask. 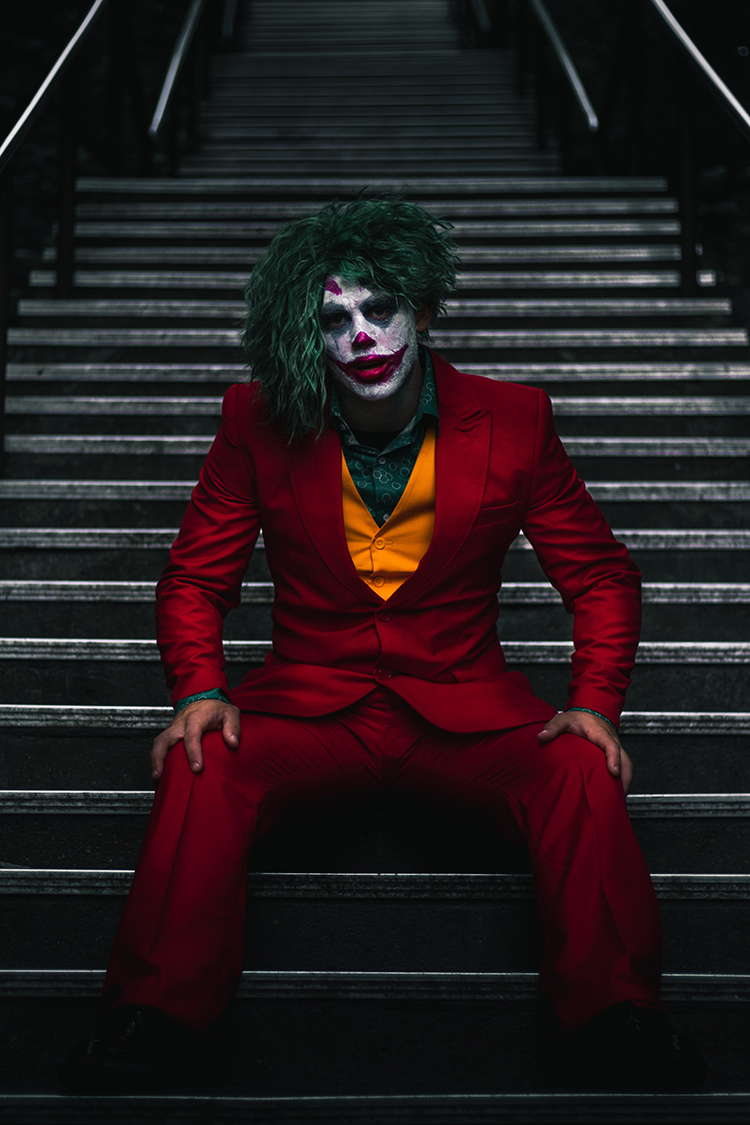 For a start, there’s no odd latex smell, and you won’t have problems with breathability. Masks tend to make the wearer sweat, and they also restrict fields of vision. Costume makeup is nowhere near as hard as guys believe. And once it’s on you’ll be able to join any superhero pub crawls or zombie office parties throughout the holiday season!

Scarecrow makeup, to begin with, is easy to put on, plus it can help add extra finesse to any costume. All it requires is for a few stitches to be added to an outfit with possibly a patched nose for added fun.

Warlocks look ridiculously cool and are a male counterpart to the witch bitches, and those hooded robes really are a dream at this time of year. With plenty of dark makeup pasted on around the eyes, you will look much more brooding, and a little crackling magic about the eyes will make you appear to be getting ready to unleash a powerful blast.

If you are opting for a clown costume you are going to have to face it: you will look and feel pretty weird if you don’t wear any makeup. As getting up as a clown is great when it comes to frightening your friends, you need some scary makeup to match up to the effect.

Start by painting your face white and then you’ll be able to add creepy details in some scary red and black colors. Don’t forget the pointy shapes.

When you’re not keen on wearing a mask, a smidgeon of werewolf makeup will take you a long way. The addition of some animal features will stop you from looking like just a lumberjack in an old man’s flannel shirt. To make features look and feel hairier you can accentuate a wolf’s nose, and enhance the lips and eyes by simply making the eyebrows look bushier and adding some seriously tufty sideburns.

To become a convincing zombie you can create the dead skin effect and give your eyes that sunken-in effect with some seriously dark eye makeup. On a similar score, the grim reaper is commonly depicted with a face that is either shrouded or skeletal. To give off that feeling of hollow eye sockets coupled with exposed teeth you can paint your face with a base color slightly lighter than your own natural tone and adding some fangs for good measure!

If dressing up as a scary person is too complicated, it may be time to adopt the look and persona of a unicorn!

Match your costume with some colorful shades and you will feel truly magical at least for the night – especially if you have the courage to paint a cutie mark on your cheek! 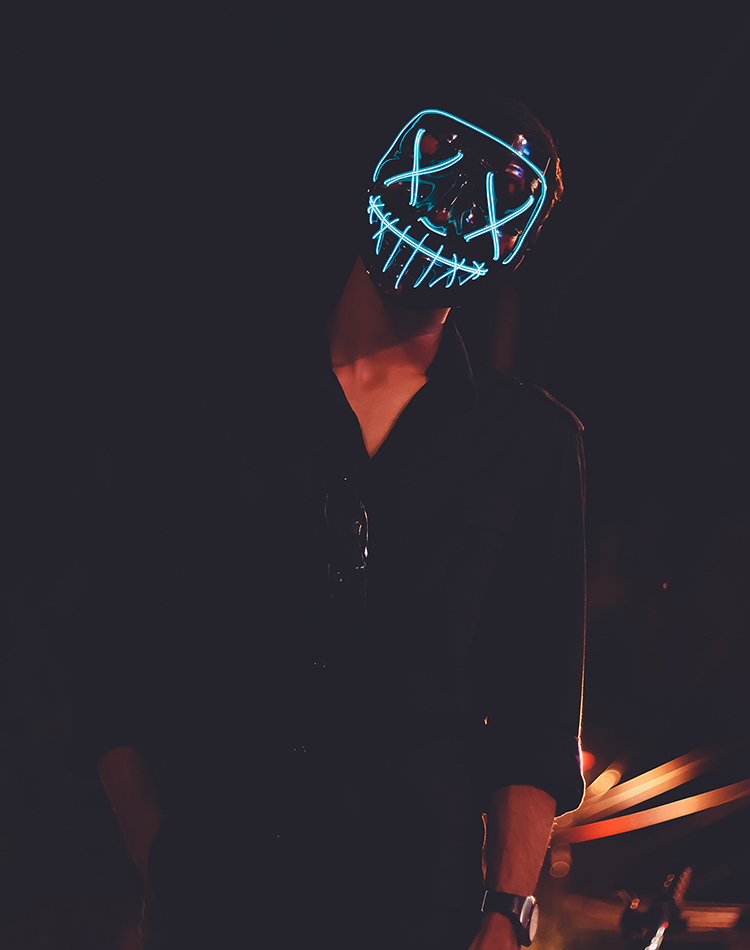 Dressing up for Halloween and entering into the spirit of the occasion doesn’t have to be overly stressful once you can dispense with being serious and sensible.

By ditching the mask and applying some seriously creative makeup instead you are bound to find you feel less constrained and can really throw yourself into the occasion.

The idea of dressing up for Halloween began at the Celtic pagan festival of Samhain. In those ancient days, people would dance about in costumes in an attempt to frighten off any pesky ghosts and nasty evil spirits.

Today we get dressed up as the ghosts and other spooky creatures. By joining in with gusto you can have fun without being frightened. The modern tradition of donning a fun costume for Halloween has along and colorful history that we can all mark and enjoy today.

Jonathan Kelly, the co-president of Kelly toy has launched a new collection of squishmallow, The Halloween Squishmallow. They are irresistibly soft, comfy, super cute, and adorable plush toys. They have introduced 1000s of characters that are over 85 million sold and with this new collection, they estimate to cross 100 million sold. Among all the squishmallows, these are the best selling and the most popular mainly during the Halloween season. These squishmallows are popular among adults because they reminded them of the beanie barbie of the 90s.

Squishmallows are available in different sizes, five, eight, twelve, sixteen, and twenty-four-inch. Although the Halloween squishmallows are a little creepy, the huggable version of these squishmallows attract both adults and kids and they are super fun for Halloween. In this collection, Jack Skellington is the fun buddy and the fluffy, bulky Oogie boogie has a catchy appearance. Her red hair and the patchy clothes of Sally make her a perfect pair with Black and white jack skellington. Children and adults both yarn to get their hands on these comfy squishmallows.