Aesop‘s second iteration in Garosu-gil is located at the heart of the effervescent Seoul neighbourhood. Designed in collabration with Mlkk Studio, the store draws on the area’s overlooked elements—sun, sky, ginkgo trees, and tranquillity—to provide an alternative perspective of the street across two floors and a roof garden. 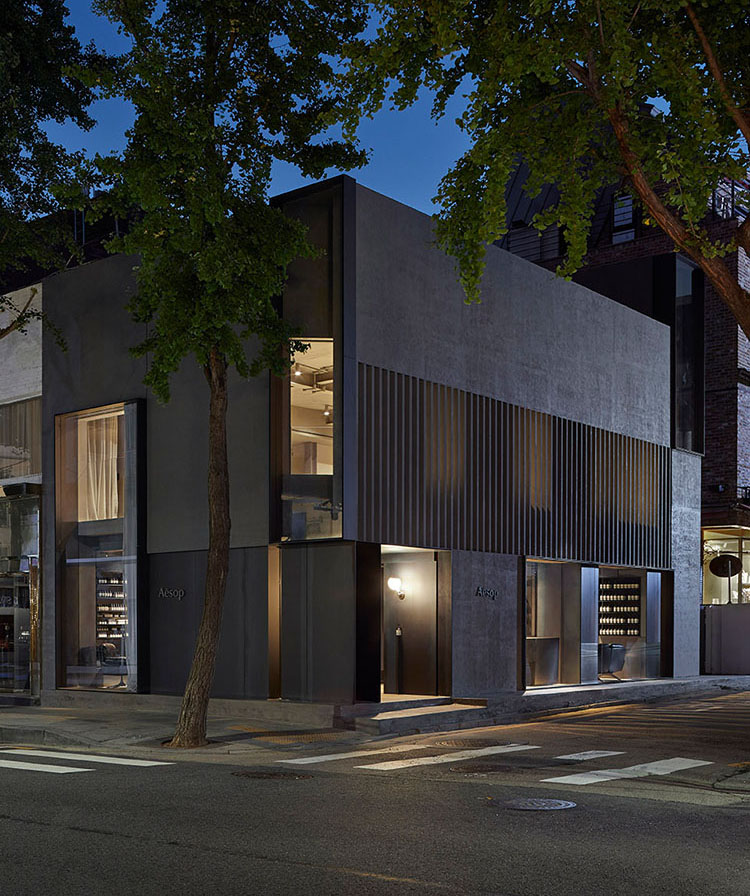 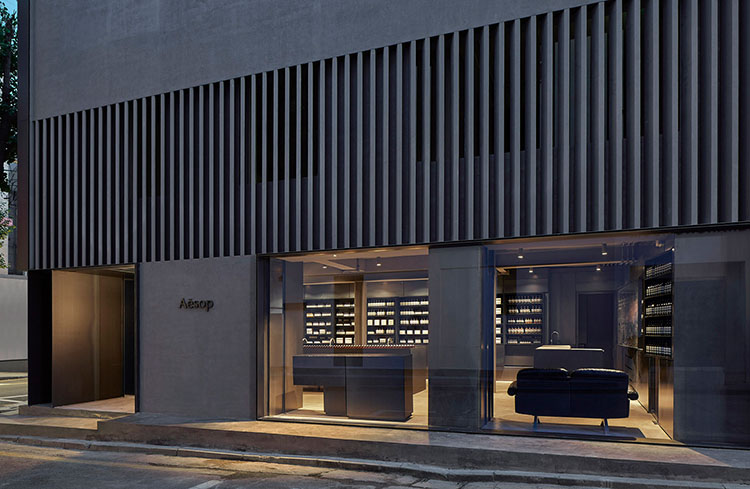 Around the corner, a set-back, steel portal gives way to the store’s interior. Steel I-beams create an internal scaffold around which the monolithic granite basin is oriented. The local granite, which also lines the counter, quietly celebrates Korean culinary heritage. 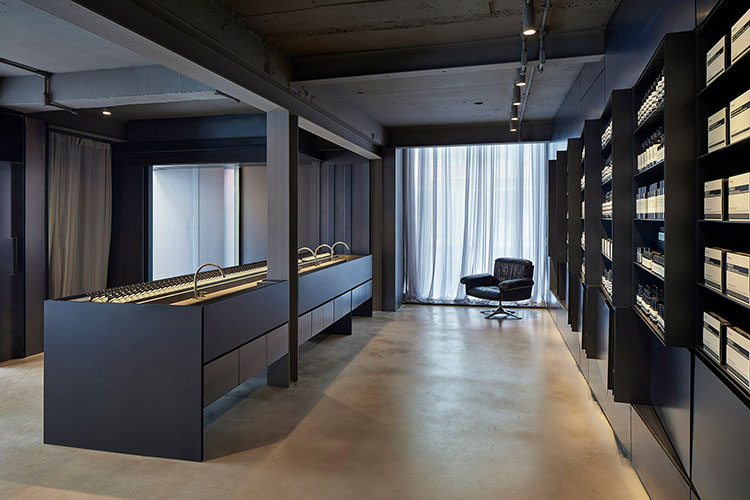 The stairwell is illuminated by skylights that are angled to encourage the southern winter sun. The rooftop garden, structured by rhythmic planting of perennially pink muhly grass, becomes a place to appreciate the changing of seasons and the fluctuating hues of the surrounding ginkgo. 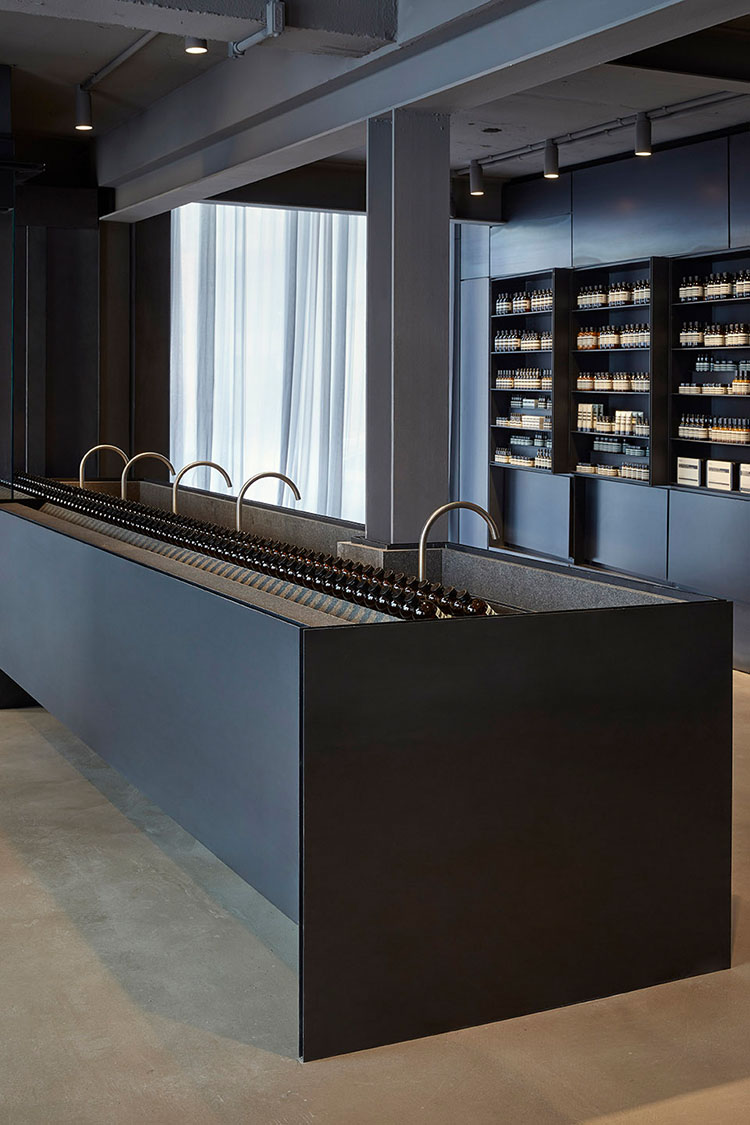 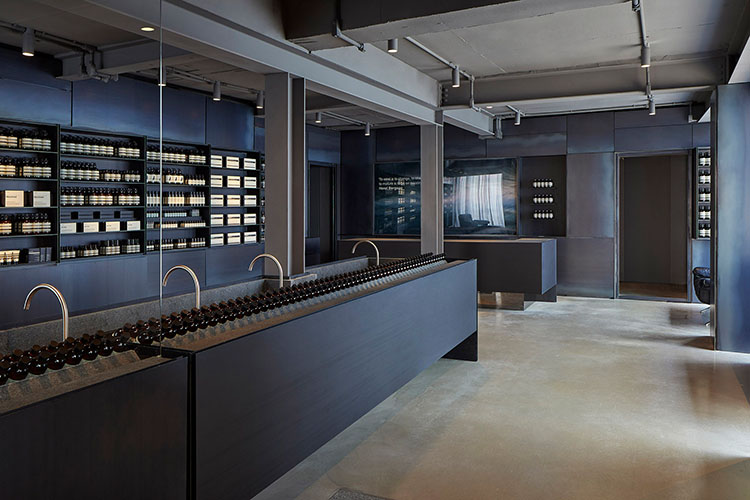 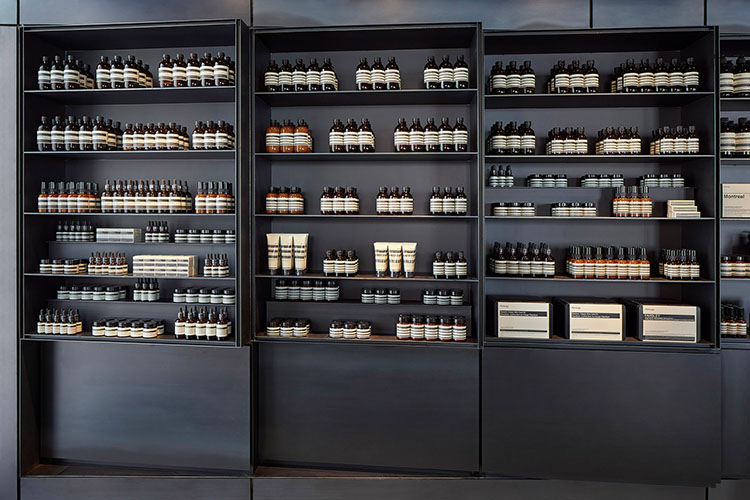 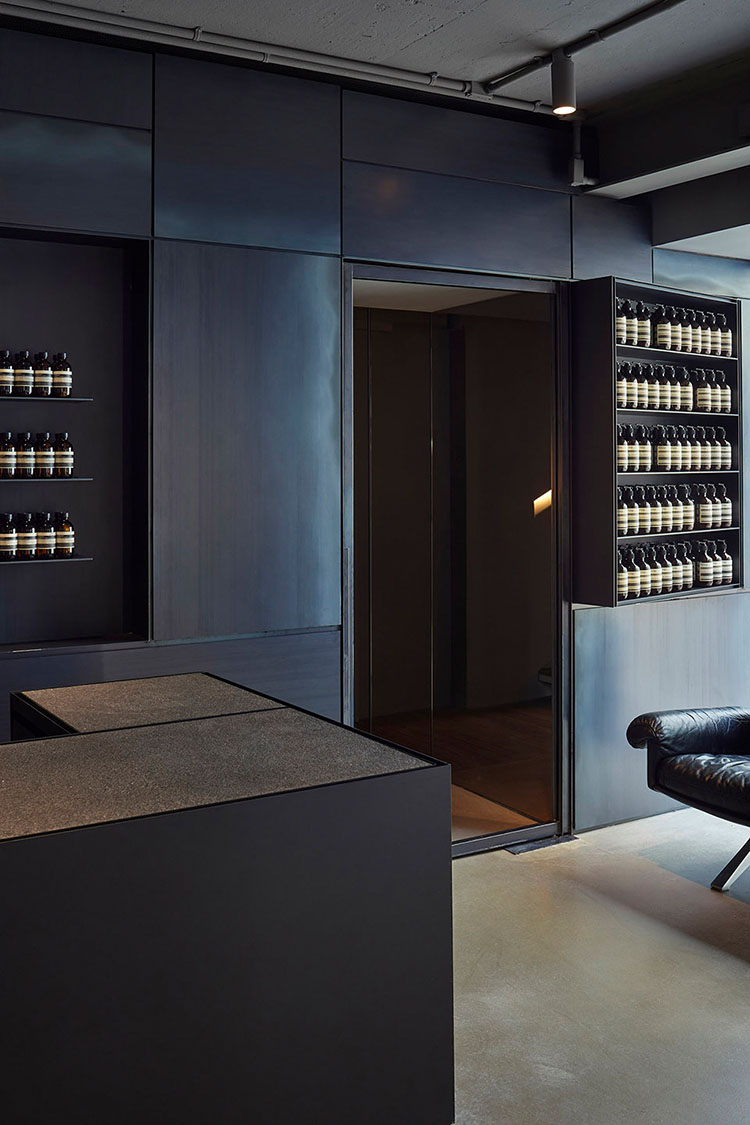