Spanish studio Paco Lago has recently designed The Pastrami Club in the heart of Malaga‘s nightlife area, a few steps from the popular Plaza de La Merced. The space is inspired by speakeasies that were prevalent in 1920s New York due to the era of alcohol prohibition.

The clueless passerby will run into a small fast-food stand ‘take-away’ where pastrami snacks are served, but if you open the bathroom door, everything changes. 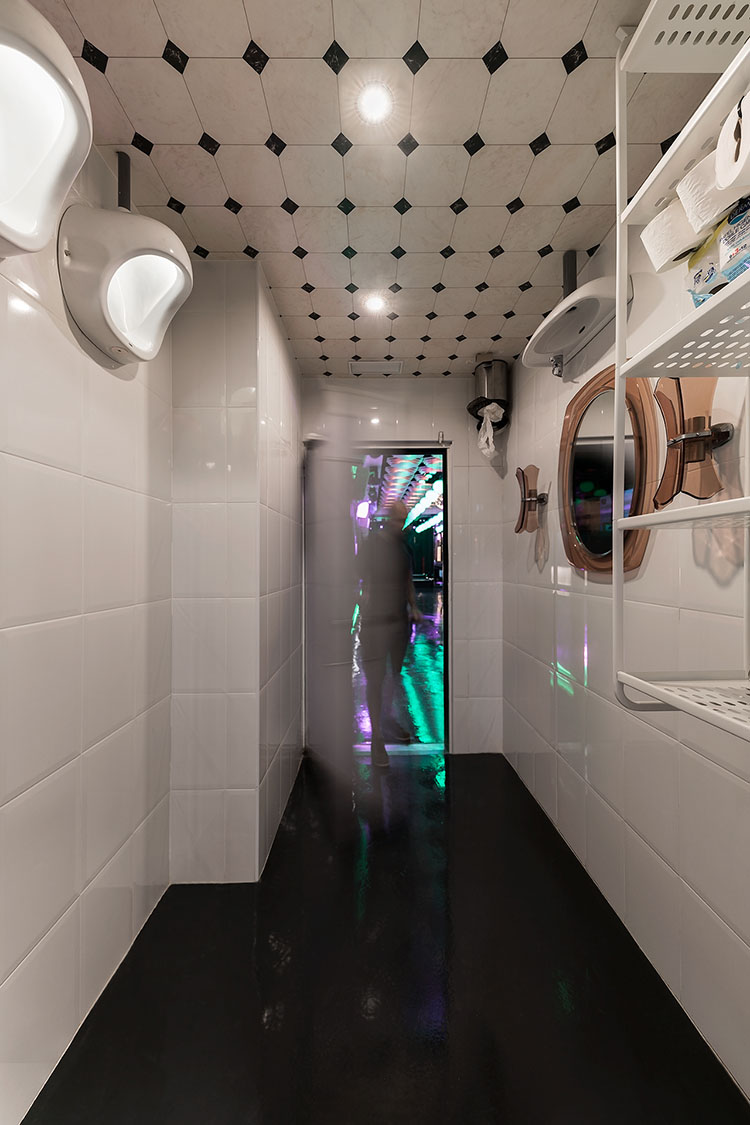 The creative studio Paco Lago Interiorismo accepted the challenge of an unconventional project, designing thinking about a clandestine club concept involved a series of creative challenges, such as, for example, the one that involved the lighting of the entire premises: exclusive luminaires integrated into a custom-made coffered ceiling that can move rhythmically or remain fixed, or a roof of square boxes that curves until it merges with the back of the bar, in which each case is a lamp that changes color and intensity. 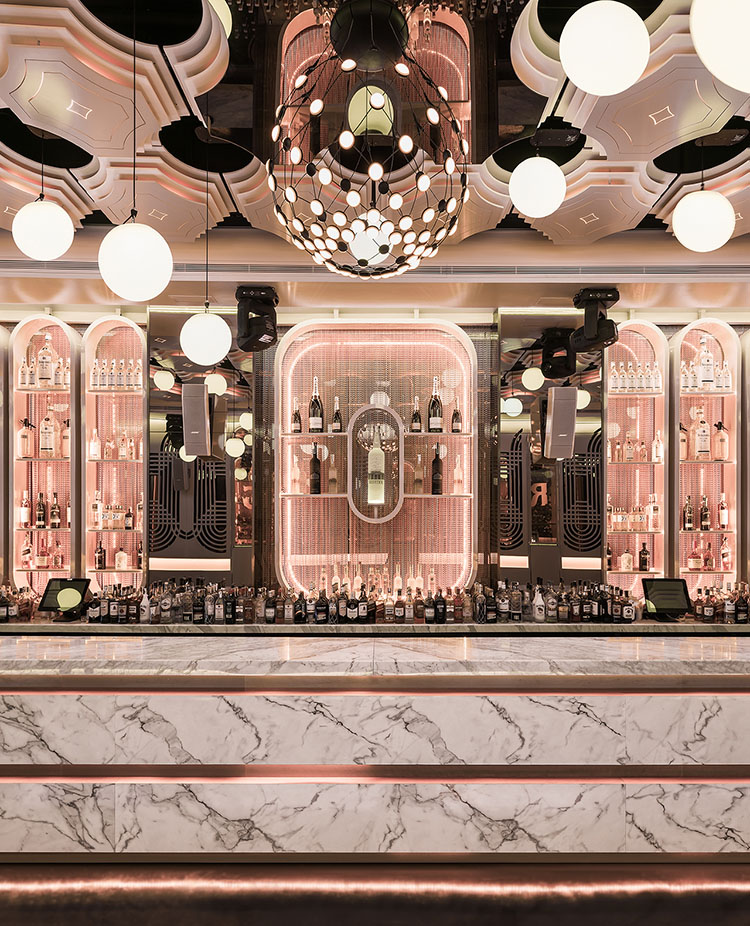 As for vertical coverings, the design team chose economical, versatile and resistant materials to which all its aesthetic potential has been taken out: mirrors, vinyl coverings, lattices, metal curtains, stone or fabric. The lounge bar stands out for its marble counter behind which the illuminated retro niches that form the back of the bar shine. 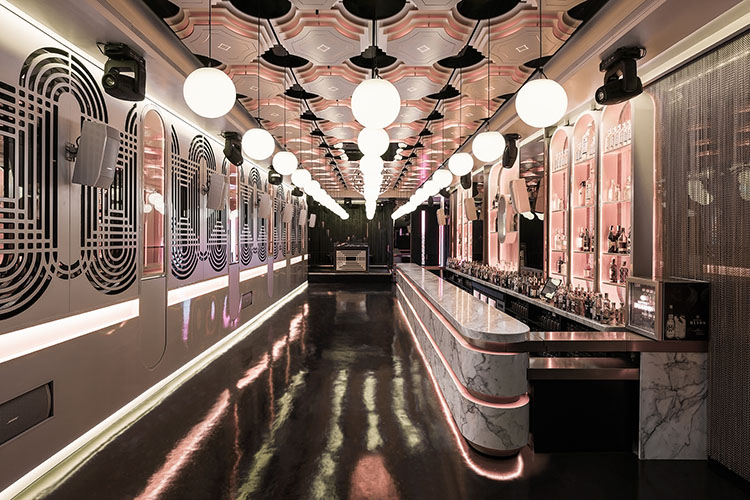 Perhaps the keyword to define Pastrami Club is ‘surprise’. Surprise from the outside, through the pastrami sandwich bar, surprise with access to the club through the gentlemen’s bathroom where everything is upside down, surprise to find the lounge and its unique play of lights or its exclusive bar Surprise yourself when you go beyond the red curtain and enjoy the exclusive pink room, or when you enter through the VIP access and think that you have entered hell. In short, surprise with a different speech. 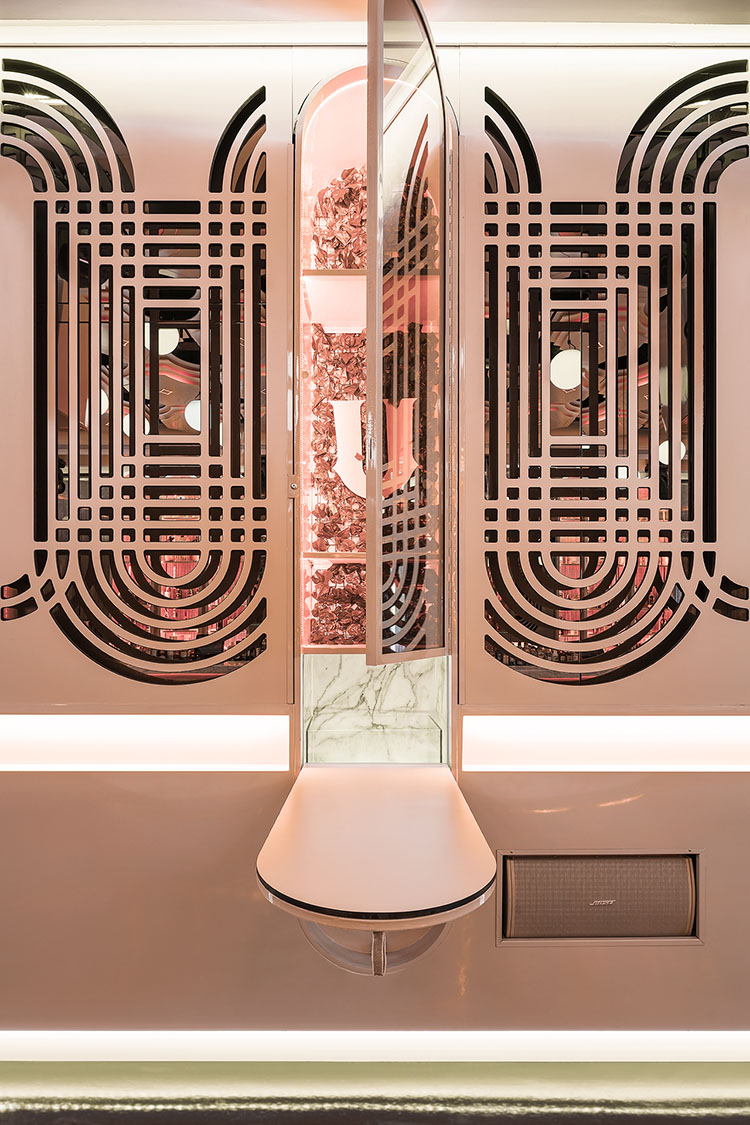 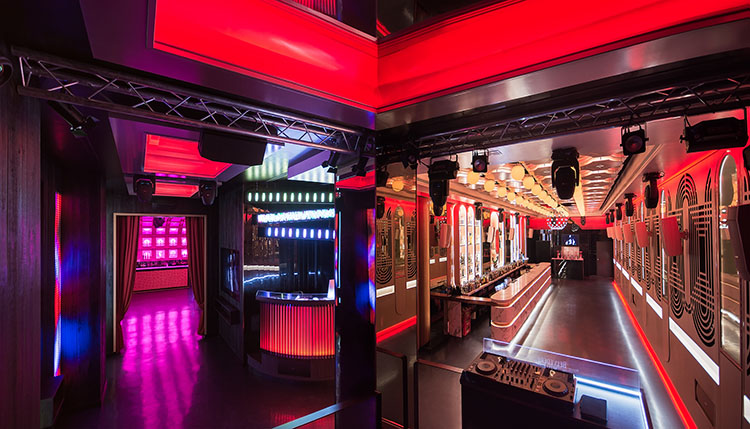 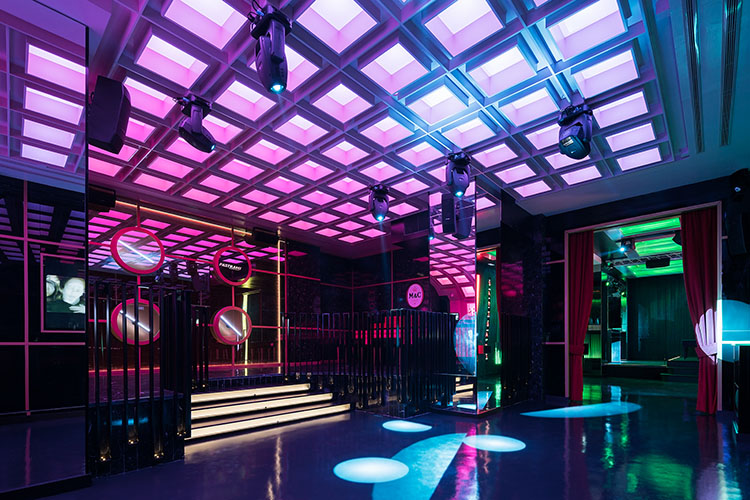 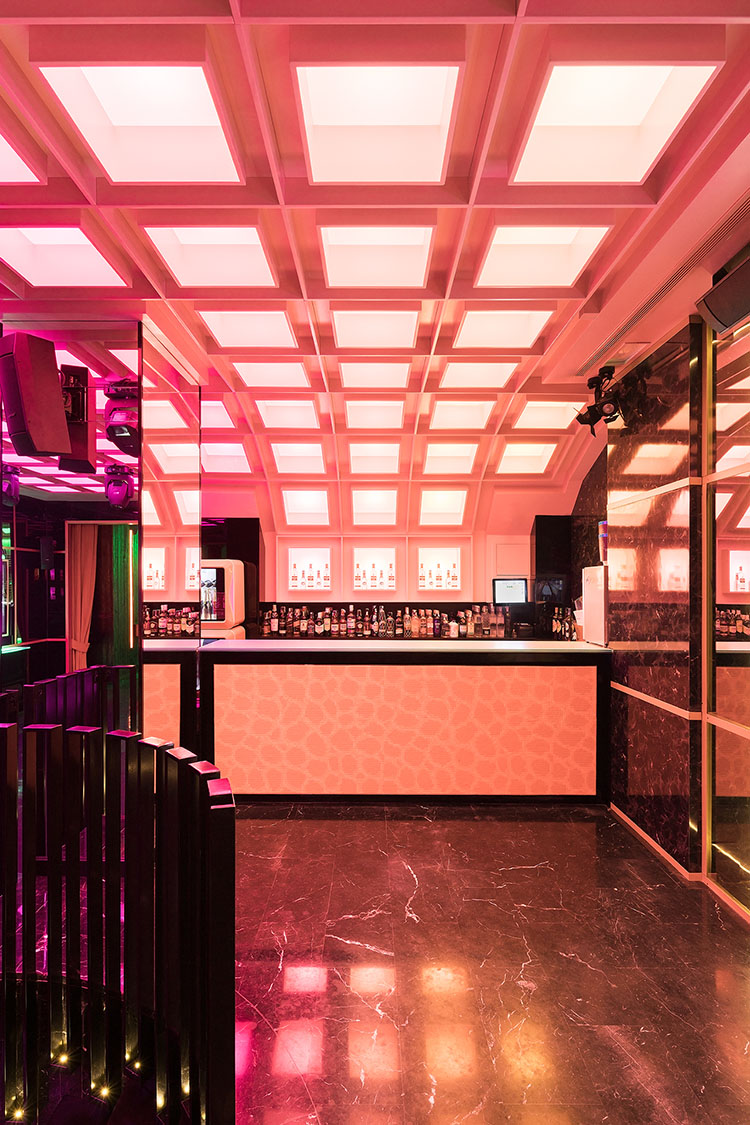 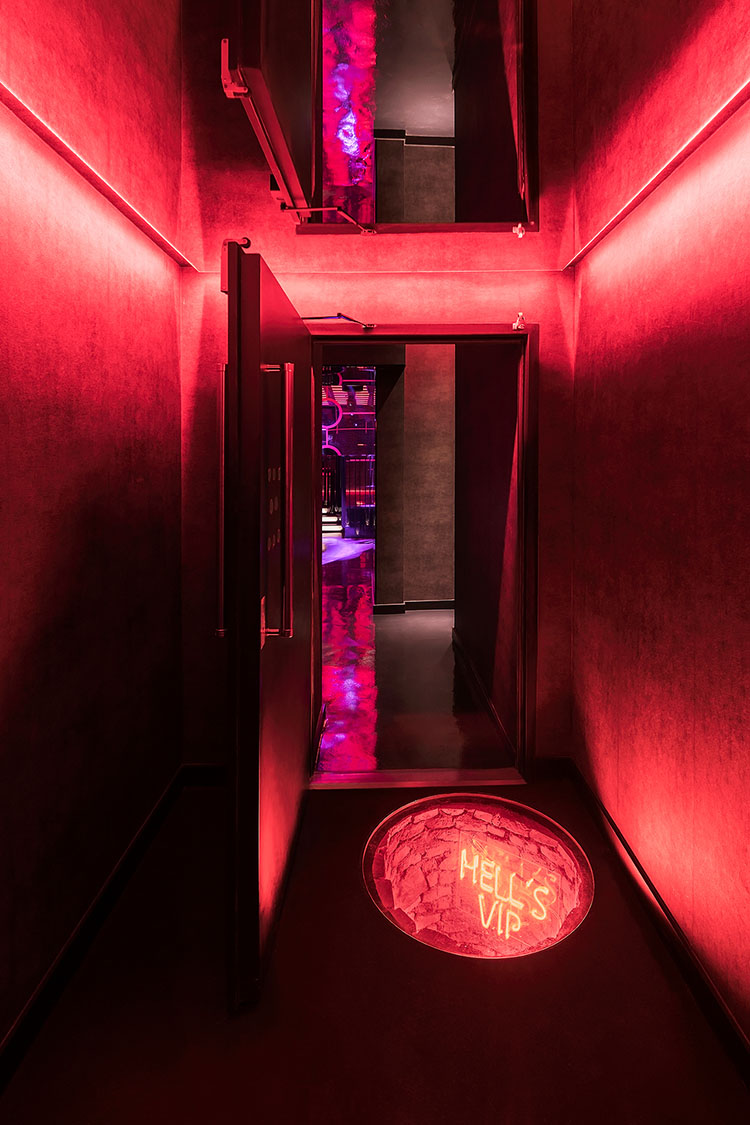