Tokyo-based Kooo Architects has recently converted an existing concrete structure into a guesthouse for hotel chain Far & Near in Guangzhou, China. XinYuqingli is the second guesthouse designed by Kooo Architects after the hotel Far&Near Nanhao St, targeted towards young travelers.

The existing four-story guesthouse became too small to host the increasing number of guests. So the architects kept some aesthetically appealing elements and reconstructed the rest to maximize the use of the space. 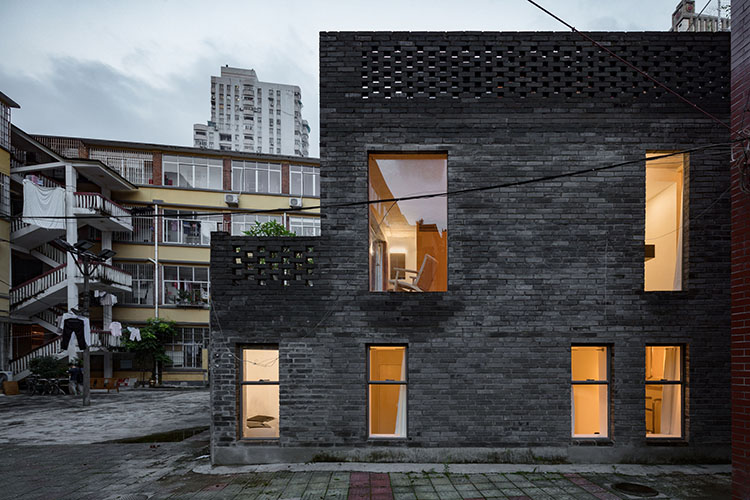 Kooo Architects has reconfigured the initial  411 sqm interior and created 11 guest rooms, including seven double rooms and four single rooms. Aiming to preserve the beauty of these existing concrete structures, the architects chose to expose them as a part of the interior design. The guest rooms are furnished with basswood plywood, while the public area use meranti plywood in contrast with the exposed concrete structures. 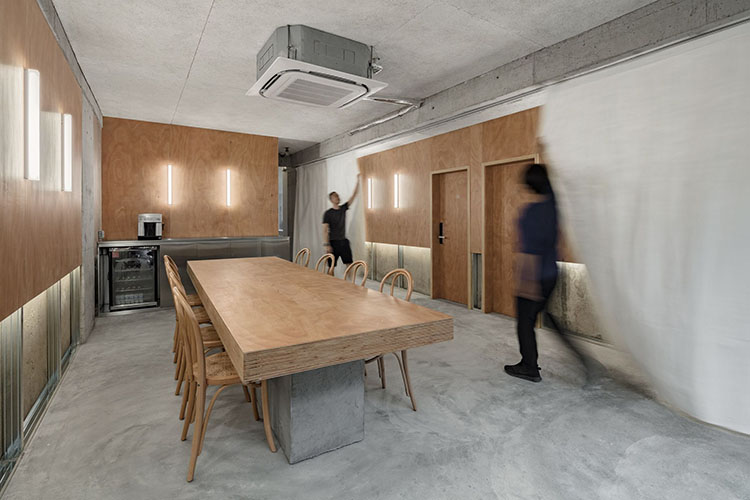 With this design, Kooo Architects preserved both nature and the particular industrial aesthetic or the original architecture, at the same time satisfying the low budget. In order to echo with the environment of its surrounding traditional residences, we intentionally kept the historical gray bricks on the existing façade. Additionally, they adjusted the windows and doors in increments of several centimeters considering the overall proportion of the building and interior layout, letting more light and views in the revision to metal frames and increased depth of the sill added more spatial immersion. 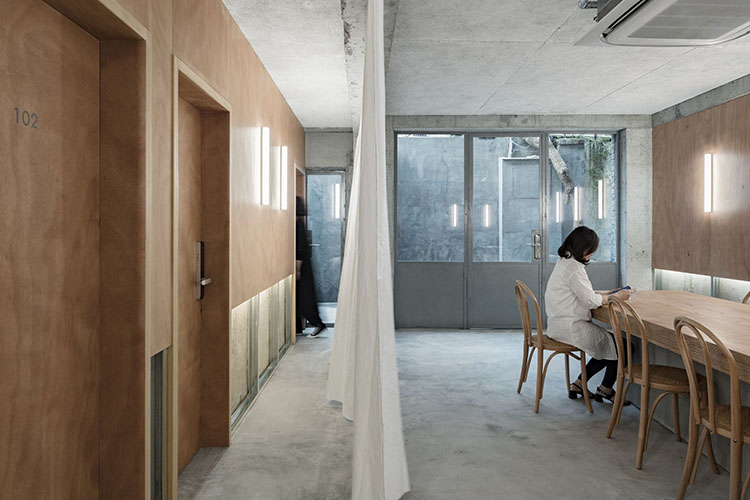 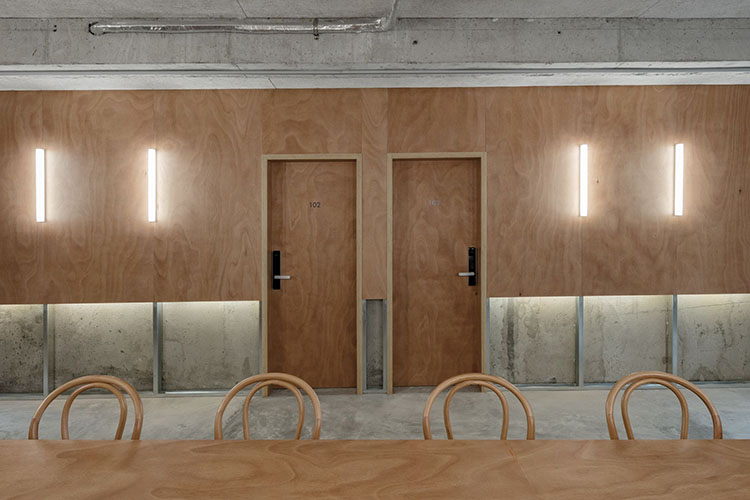 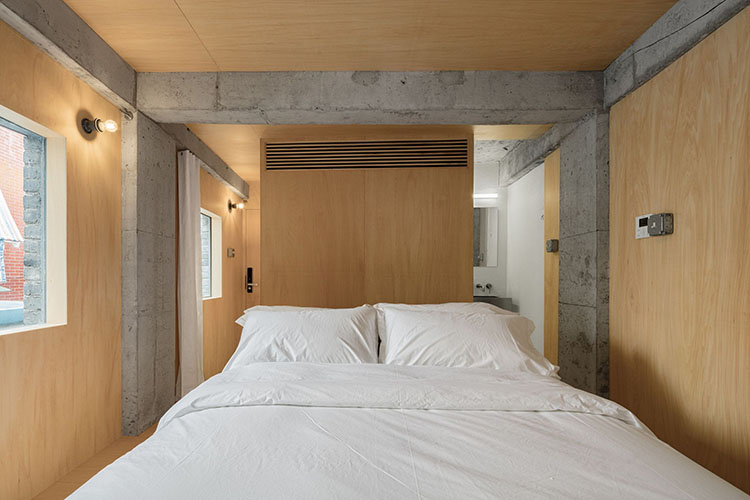 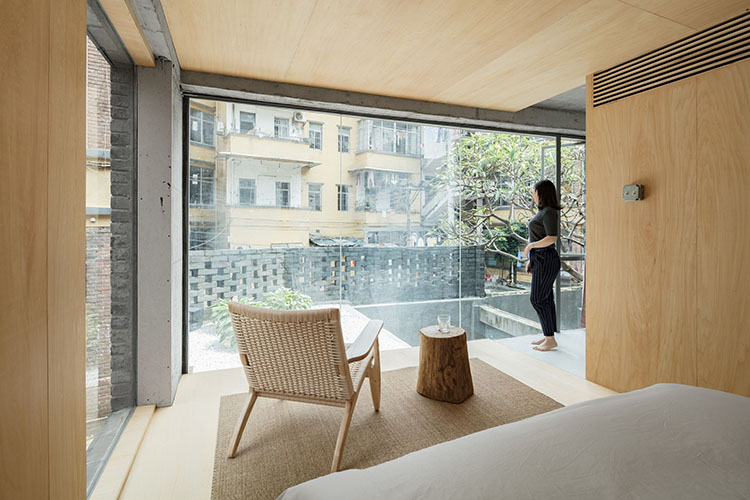 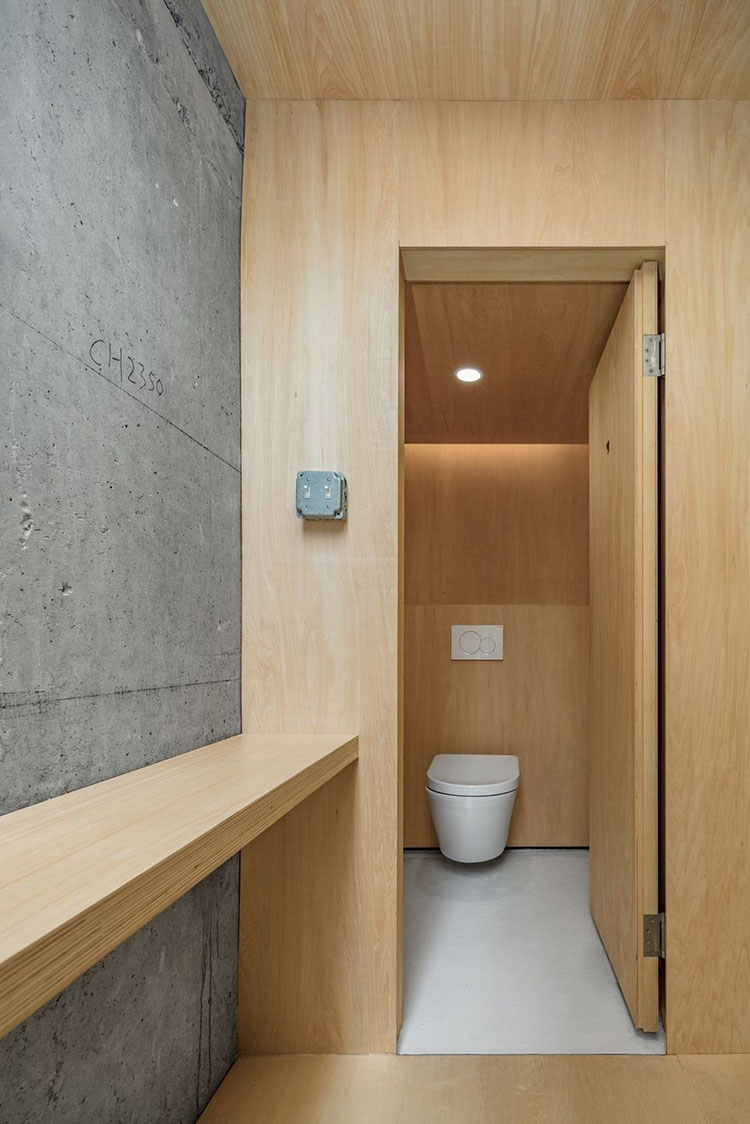 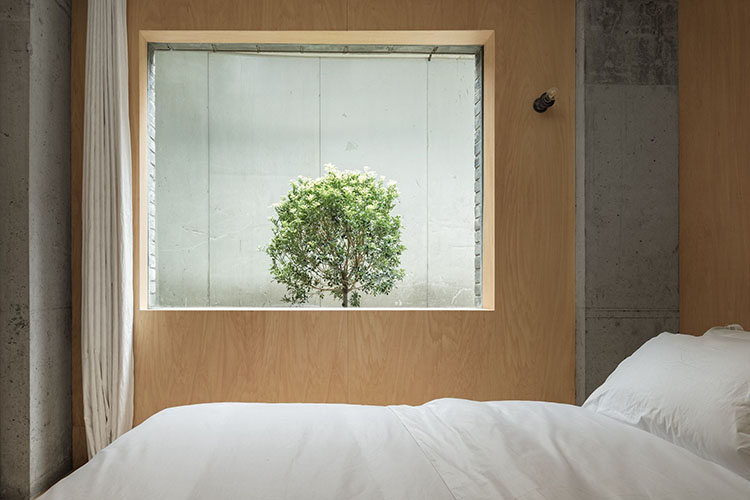 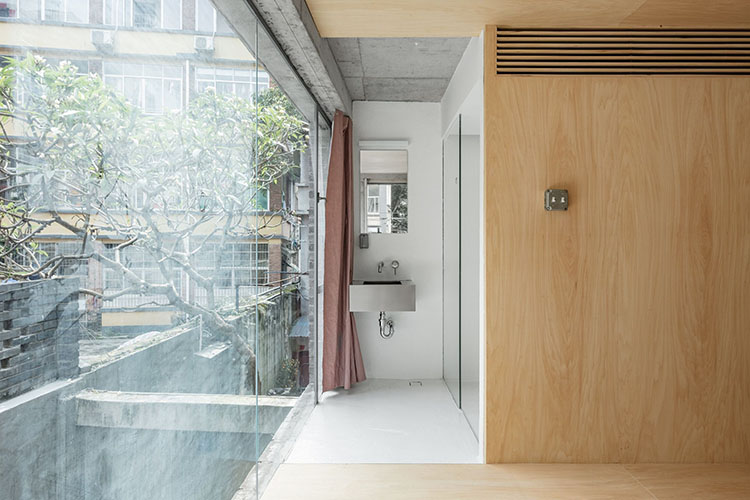 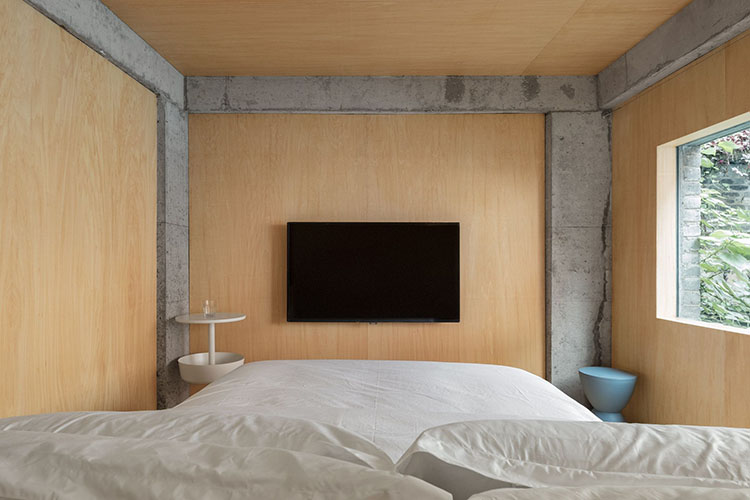