Far removed from the identikit beach hotels that dot Crete’s coastline, Cretan Malia Park is a flora-filled retreat that augments classic Aegean hospitality with a focus on refined luxury and slow-paced living. Owned by the Sbokos family since it opened in the 1980s, the 204-room hotel has recently undergone an extensive renovation program led by Greek architect Vana Pernari, resulting in a unique aesthetic inspired by the colors and textures of the island. 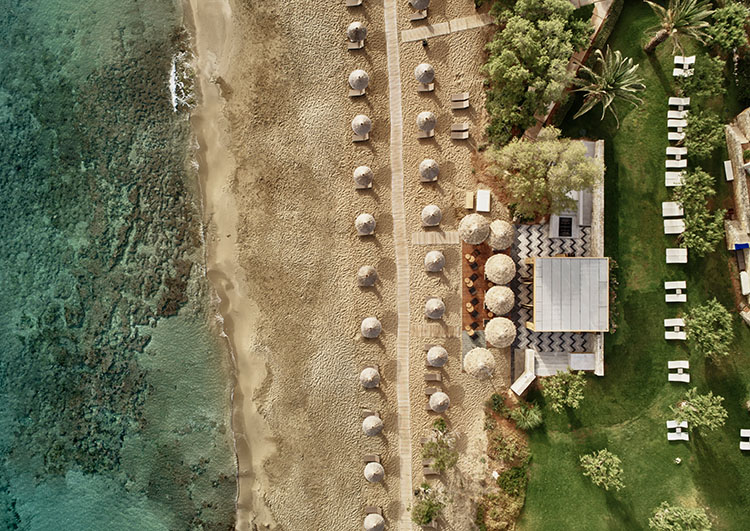 Cretan Malia Park’s striking modernist structures were originally conceived in the late 1980s by Antonis Stylianides, who once worked under German Bauhaus legend Walter Gropius. The hotel’s exteriors have now been stripped back to reveal an exquisitely simple canvas that both references the island’s architectural heritage and allows for the resort’s verdant gardens to take centerstage. Tonal, rough-hewn walls are framed by local swaying palms, banana trees, and Indian figs, and oversized windows further delineate indoor and outdoor areas. 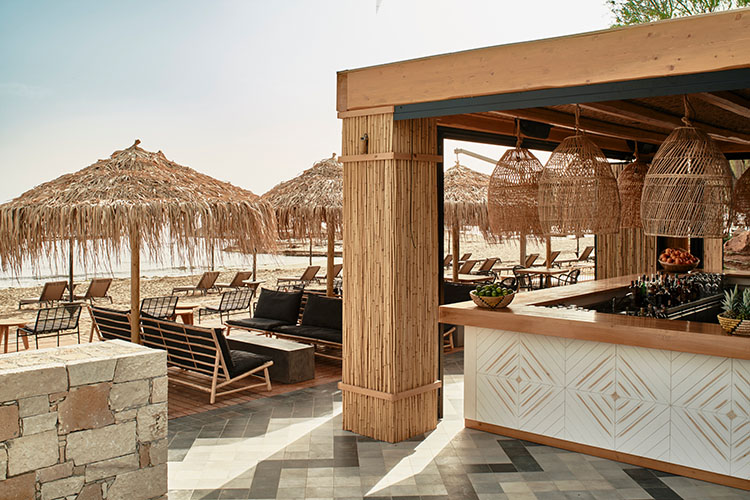 The intrinsic relationship with the surroundings extends to the resort’s interiors, which are defined by the use of natural materials such as walnut, chestnut, and bamboo. The ever-changing colors of the Mediterranean landscape are reflected in the use of rattan, stone, brass and ceramics, which combine to impart a warm, relaxed mood in the light-filled public spaces and guestrooms. 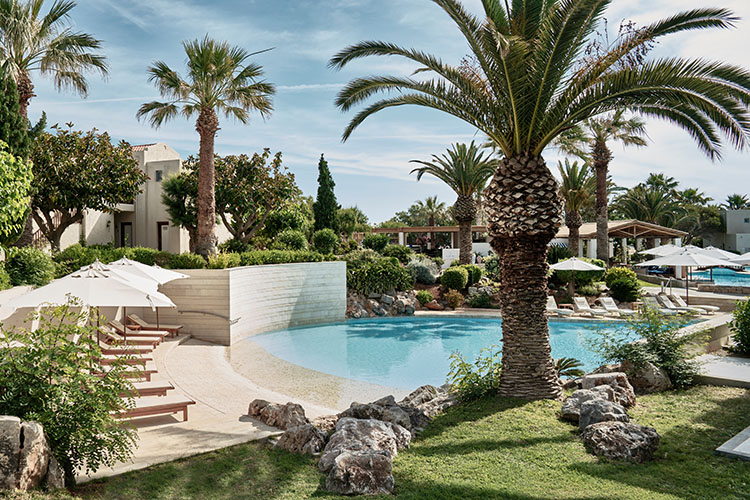 The stylistic legacy of Crete, both past and present, is explored through a stunning blend of modern art, family heirlooms, and custom pieces crafted by local artisans. Flora-inspired artworks by the prominent urban Greek artists Thanassis and Dimitris Kretsis infuse living spaces with nature, while the lobby is home to a painting by Philippos Theodorides and a unique Reywal lighting installation by Joy Stathopoulou. 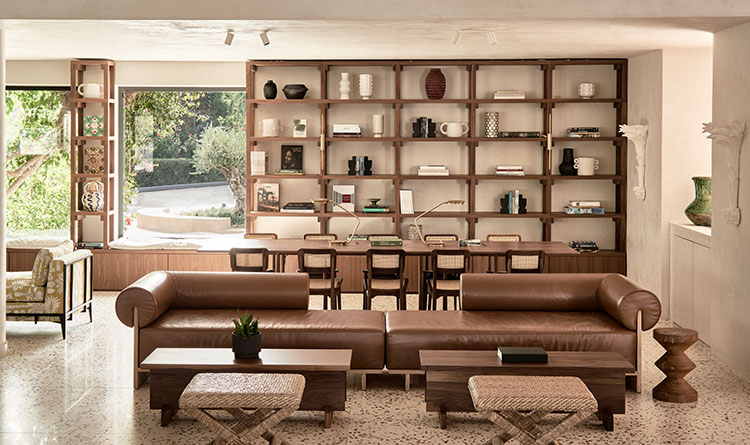 Thoughtful details such as the hand-made herringbone cement tiles and the locally-sourced ceramic pots that pepper the grounds honor the island’s artisanal roots. Beyond the contemporary Cretan design concept, the hotel plays host to a roll call of high-end design names — including GUBI, House of Hackney, Børge Mogensen, 101 Copenhagen and LRNCE—resulting in a wholly unique series of looks that ranges from mid-century modern to laidback boho. 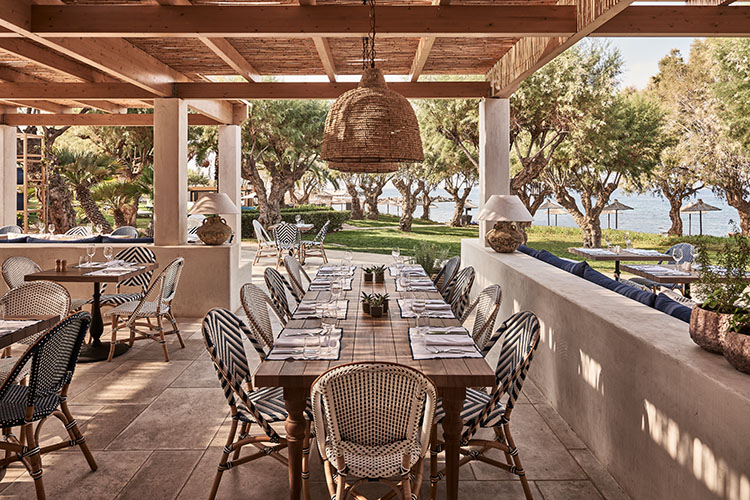 Scattered across a series of low rise structures, the hotel’s rooms and suites are all located on the ground or first floor, ensuring proximity to the hotel’s outdoor spaces are always within reach; be it via a balcony or garden terrace. Each guestroom category is defined by its own set of decorative markers. Double guestrooms are characterized by herringbone flooring and geometrically styled jade-hued wall tiles, while the light and airy bungalows are punctuated with shots of blue or terracotta, applied by way of graphic wall tiling and textiles. 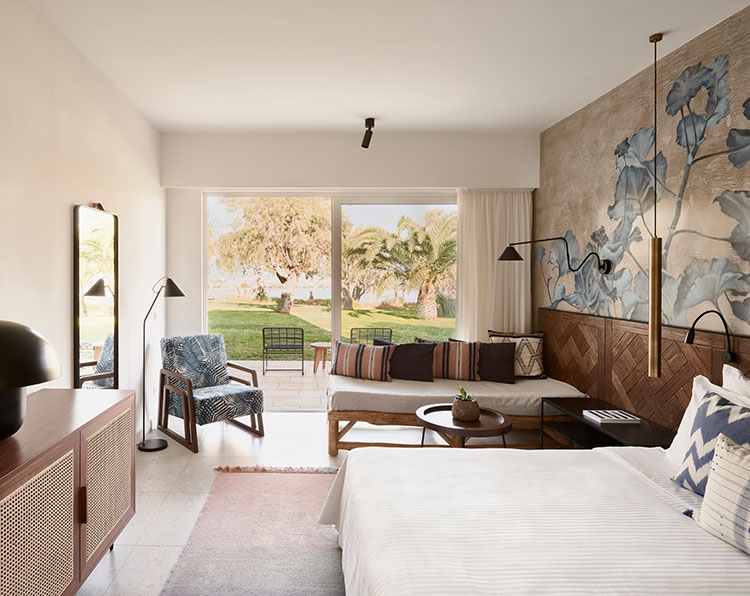 In the suites, sideboards, wardrobes and folding doors accented with rattan screens introduce a rustic fringe to otherwise contemporary spaces. The bathrooms are united by a restrained tonal palette, which sees spherical black and white pendant lighting interweaved with grey terrazzo, local white marble and minimal black fixtures in suites, and beige stone in rooms and bungalows.