Situated at the heart of Helsinki, Box by Posti is a self-service store for online shopping customers designed by studio Fyra where locals can retrieve their packages. The project was commissioned by Posti – the Finnish postal service – which wanted to set up a delivery space for online purchases that was “more than just a row of parcel lockers”.

“The consumer behavior of the Finnish people has changed significantly,” said Kaisa Ilola, Posti’s head of customer experience and channels. “Before, there was a piece missing between the online store and home. Box was created to fill in the missing piece.” 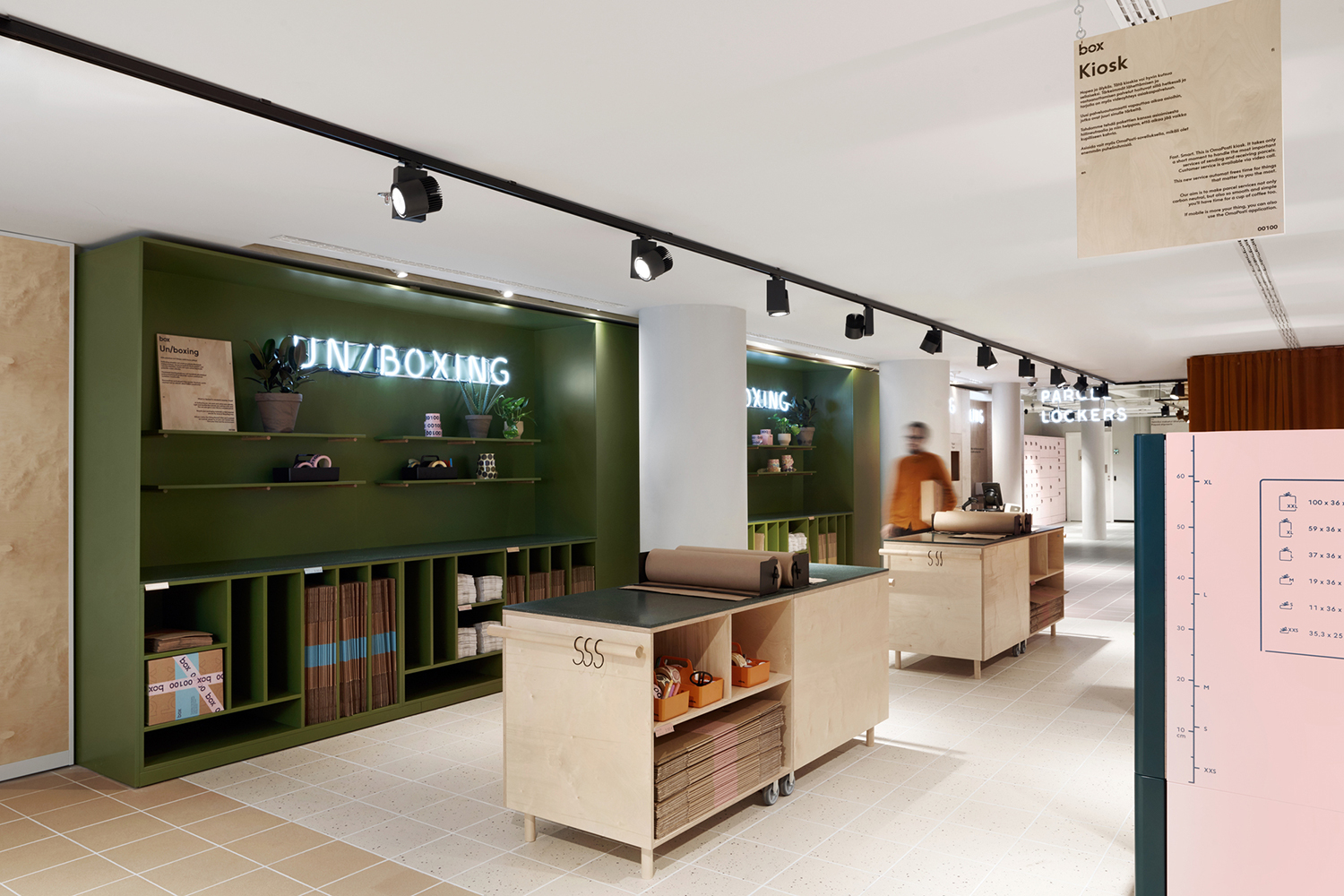 The space also needed to look interesting to draw attention when looking in from the street. Consulting company Motley approached the project from the point of view of creating a service concept, while Fyra concentrates on interior architecture and functionality. The outcome is a harmonious space where the parcel lockers act as a backdrop giving room for the customers to try on their purchases, perhaps make returns and send packages. 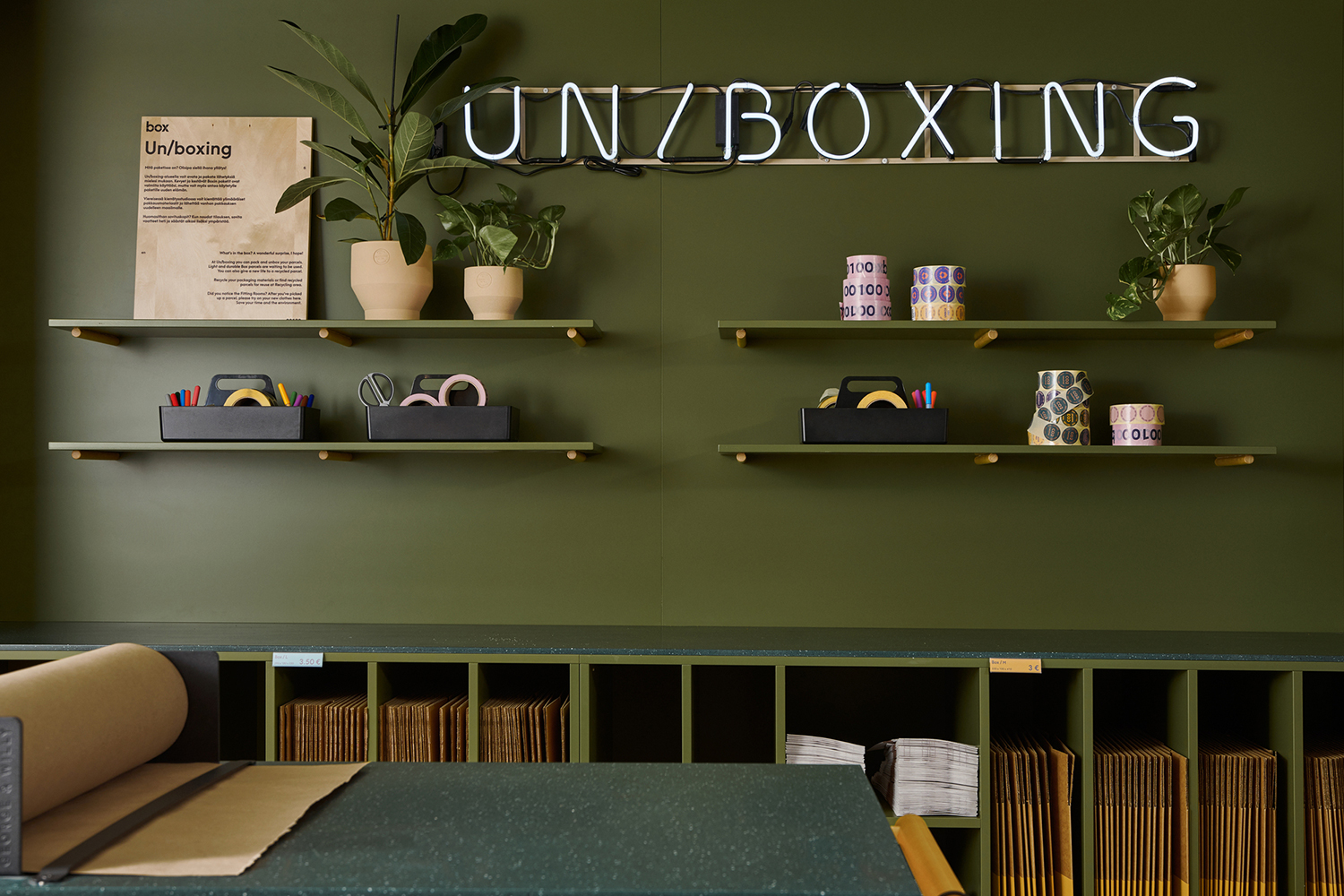 Special attention has been paid to the recycling of packaging materials. The space was to be functional as well as intuitive for the user. With different colors assigned to different areas of activity, the customer instinctively follows a path finding their way around the facility. 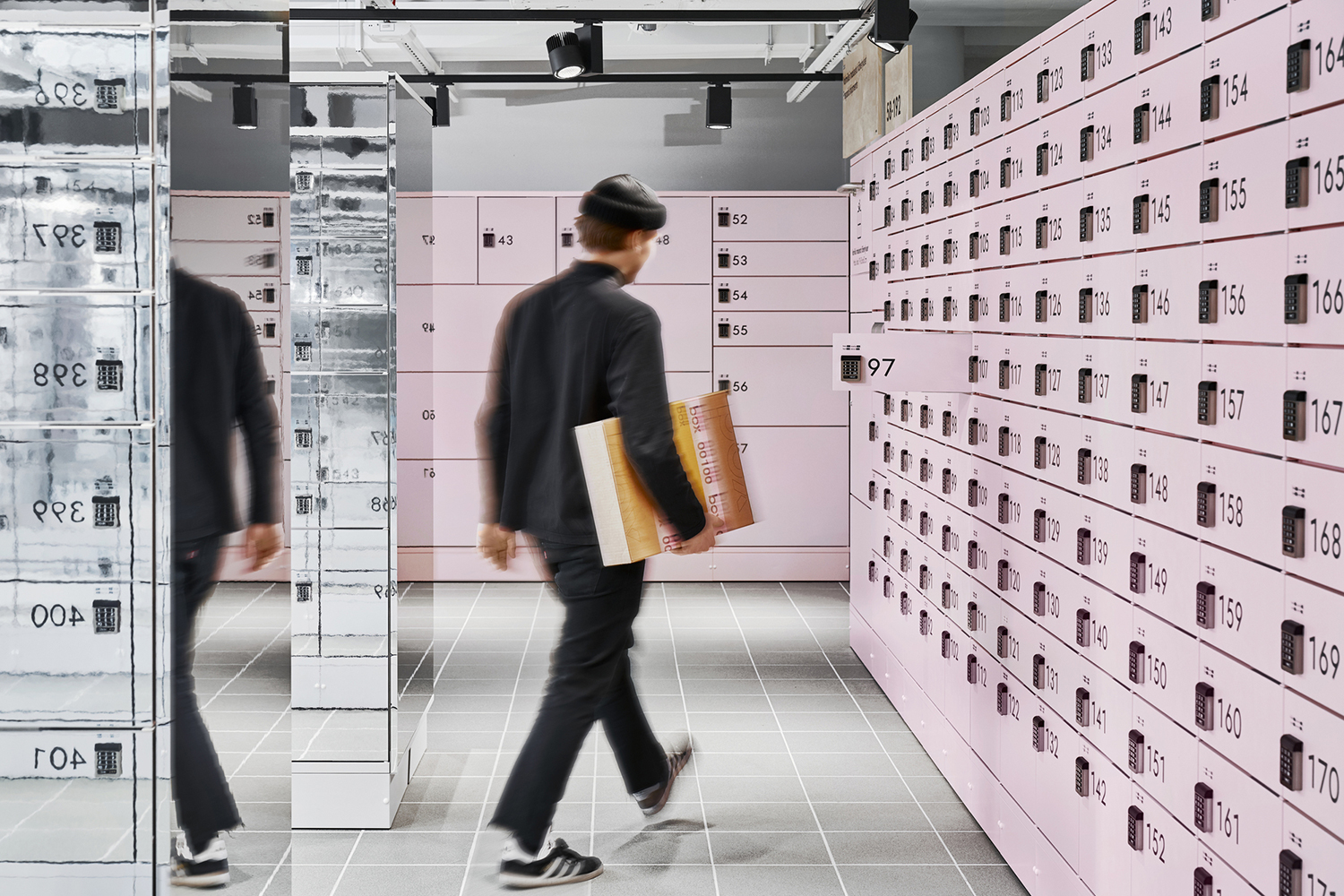 The collaborating companies also set out to create a visually compelling interior for it to stand on its own, separate from the existing brand imagery, and to represent Posti’s renewed identity. The concept of Box by Posti as well as the interior design was executed swiftly: Finland’s first Box by Posti was opened in the centre of Helsinki in the beginning of November 2019. 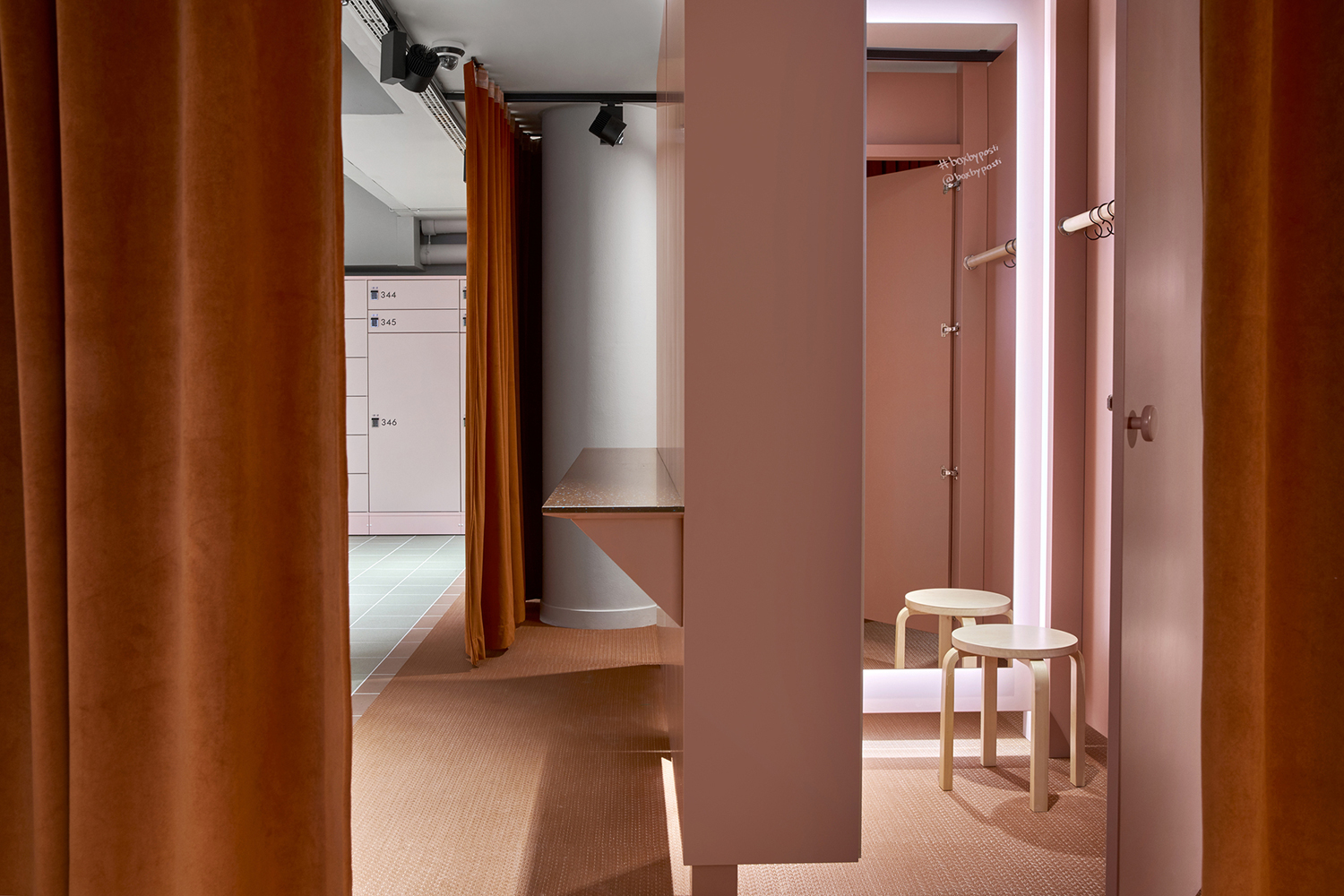 In the front section, there is an area called Spotlight which can be used by online companies do present their products to consumers. Near the entrance is also an area with staff always ready to help. There are couches so the customer can take a seat and enjoy a cup of coffee. The parcel lockers are in the background.

Additionally, at the basement level, there is a white-painted room with rows of seating and a presentation screen which Posti can use for company events. 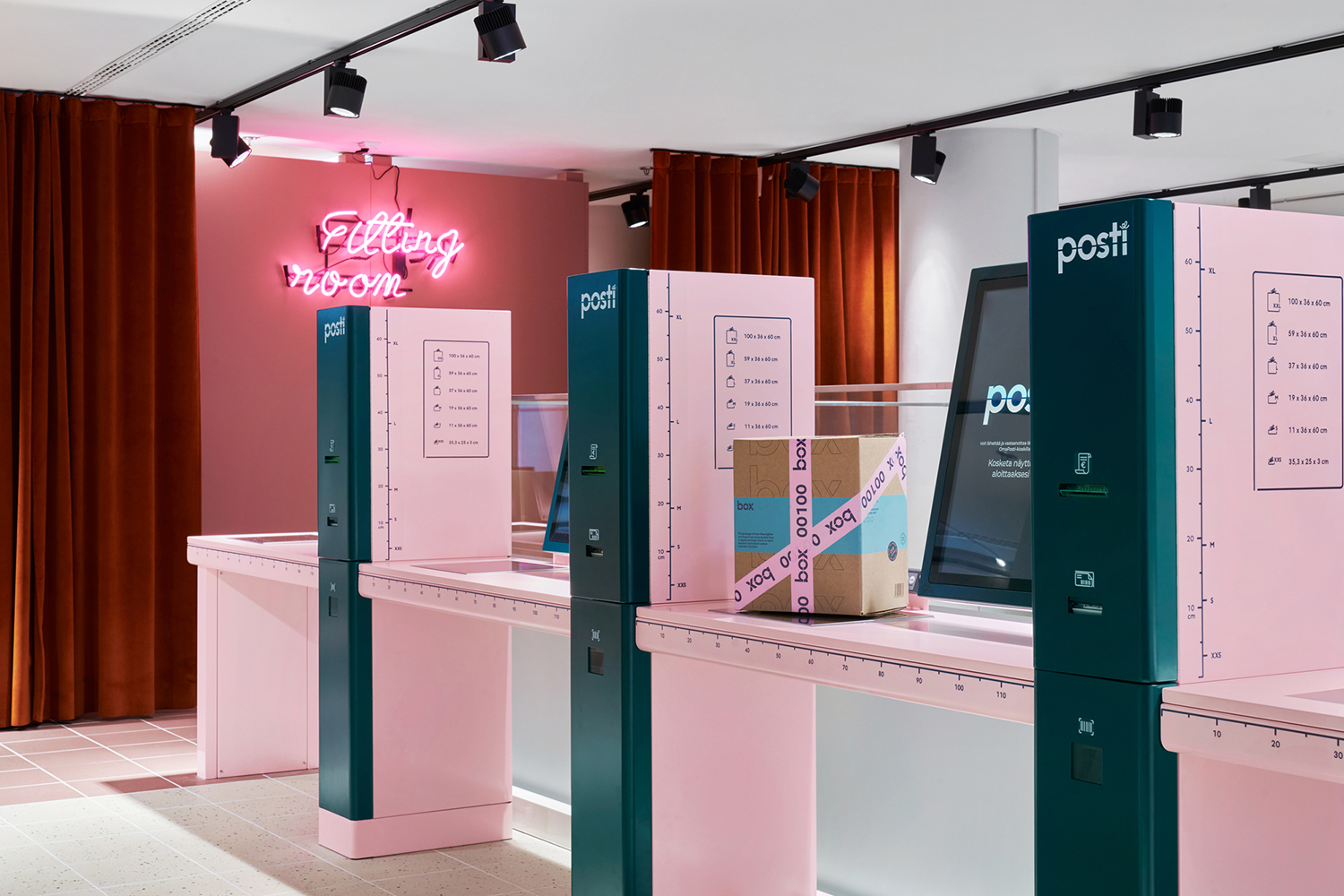 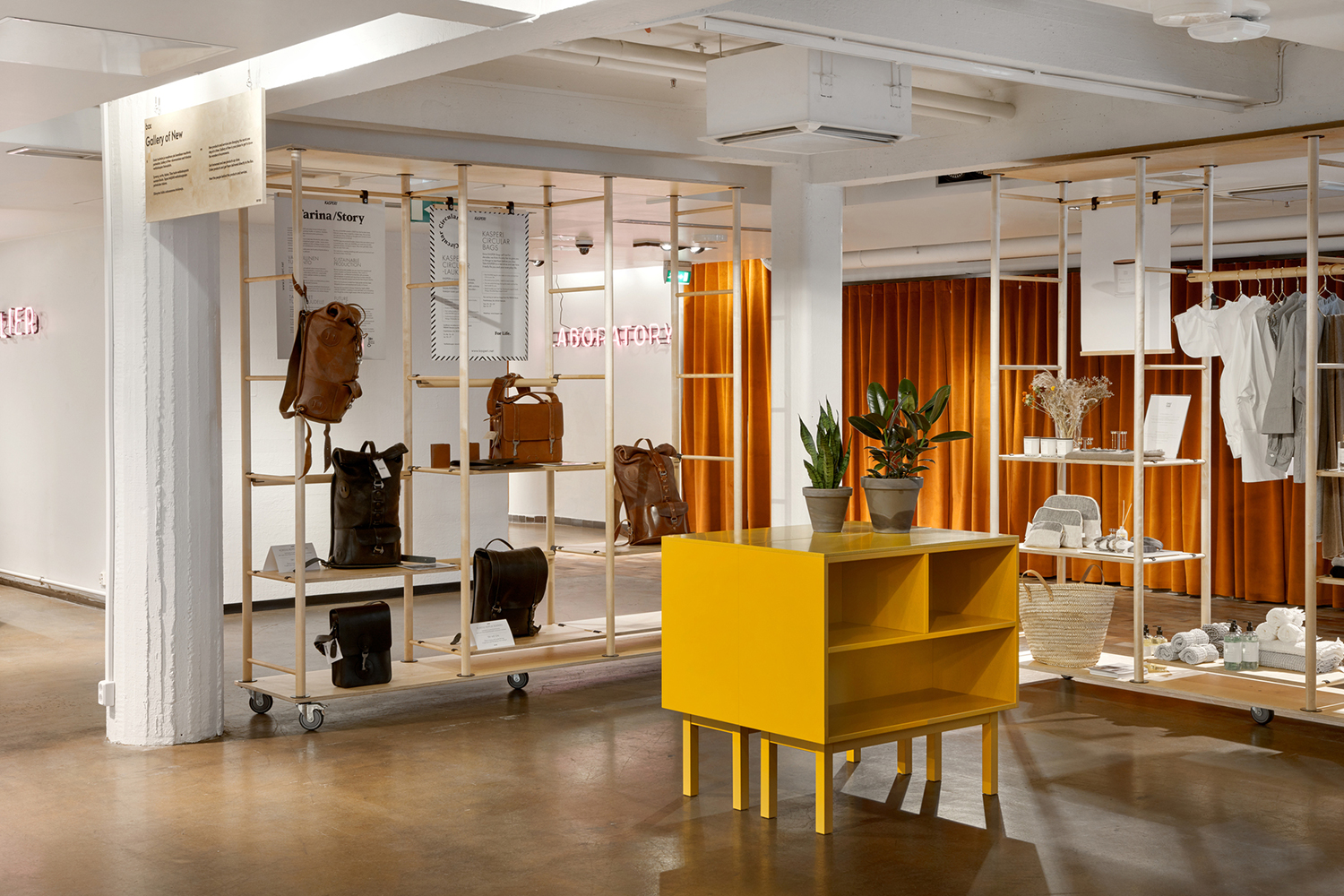 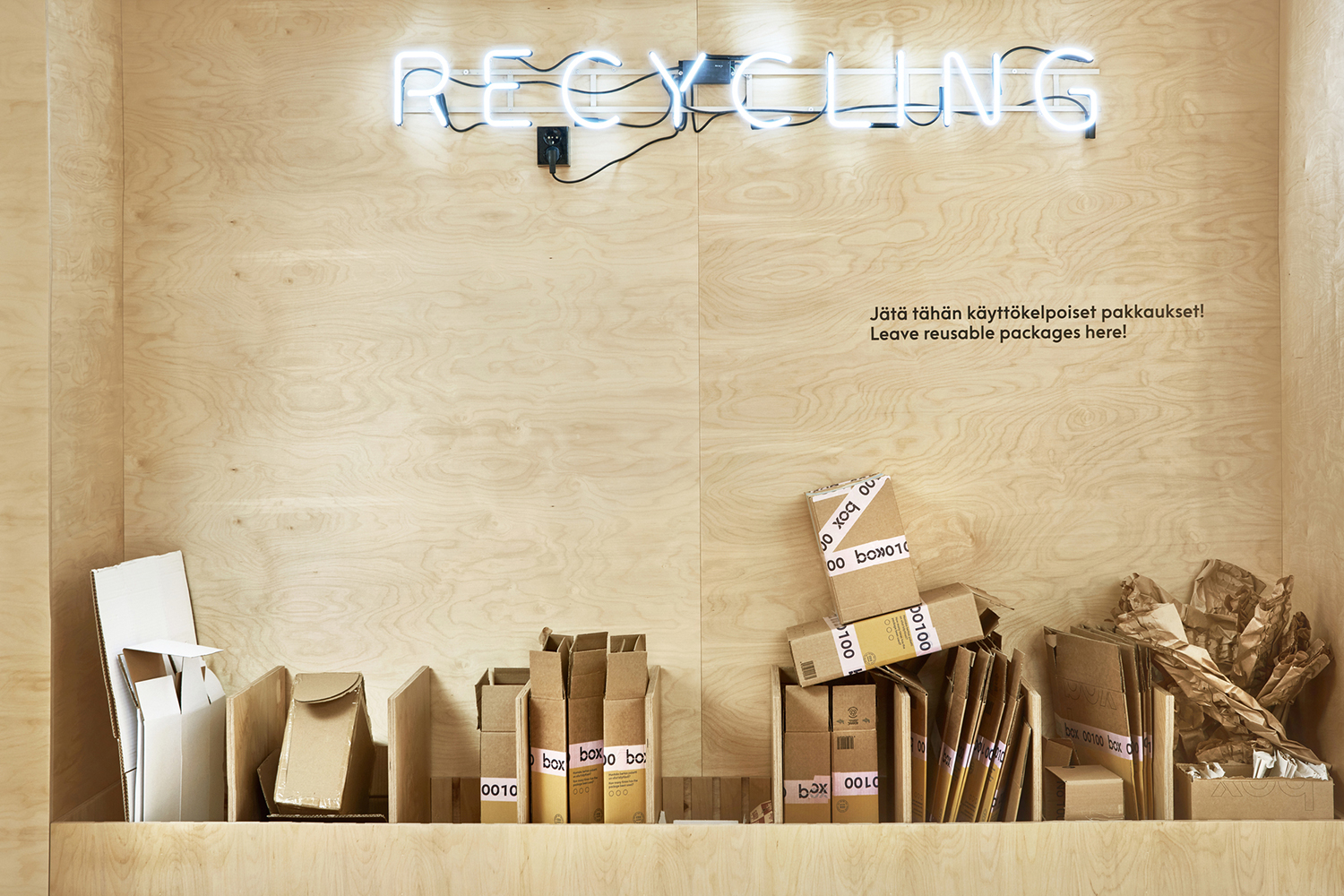 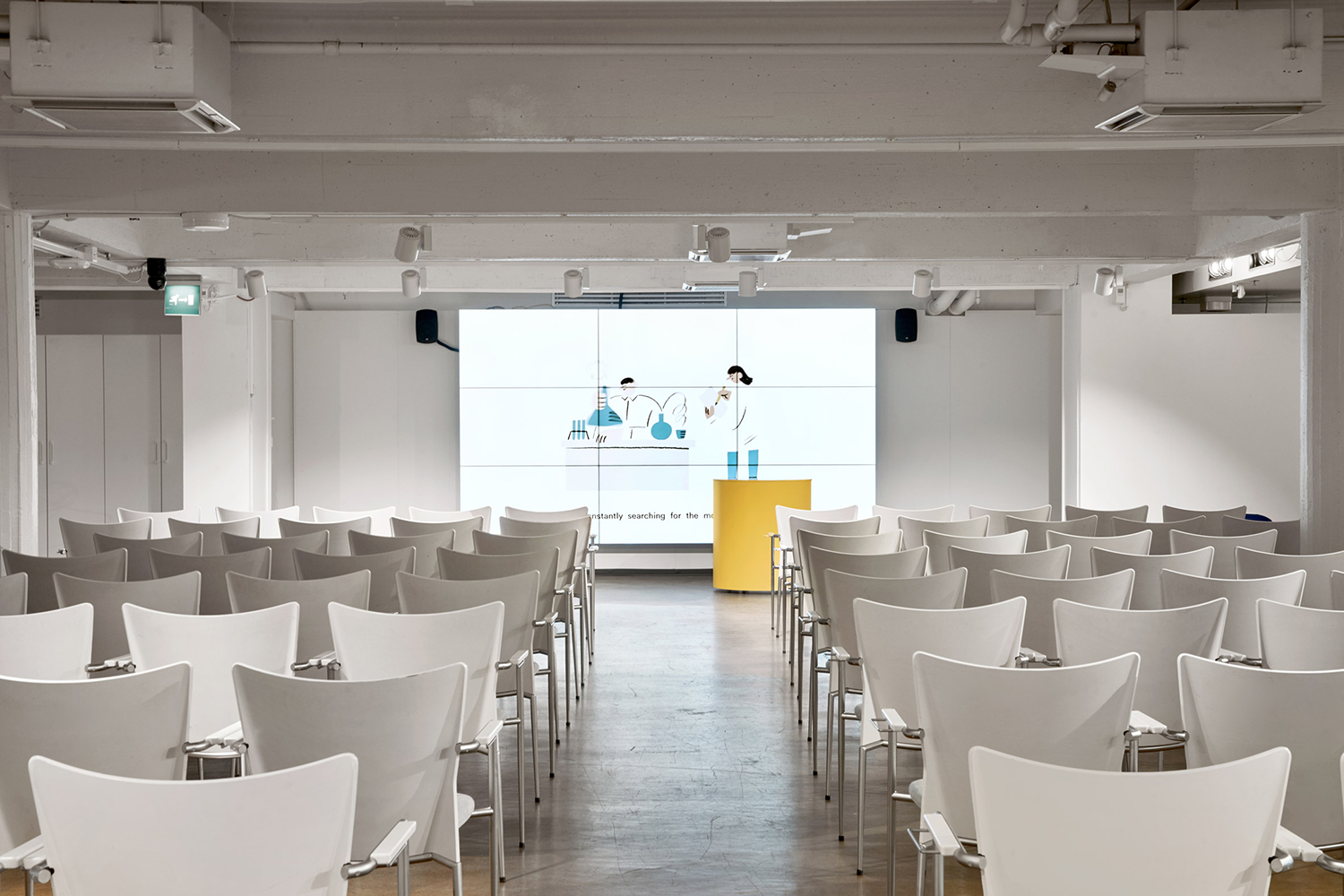