Located in central London’s bustling Covent Garden district, Milk Train has been designed by Shoreditch-based design studio FormRoom to “cater primarily to the brand’s diverse Instagram demographic” who have propelled the brand to instant online fame in 2018.

FormRoom created a unique, dream-like landscape with a predominately monochromatic palette that is utilized to echo the Art Deco movement popularized amongst traditional train stations and platform iconography. 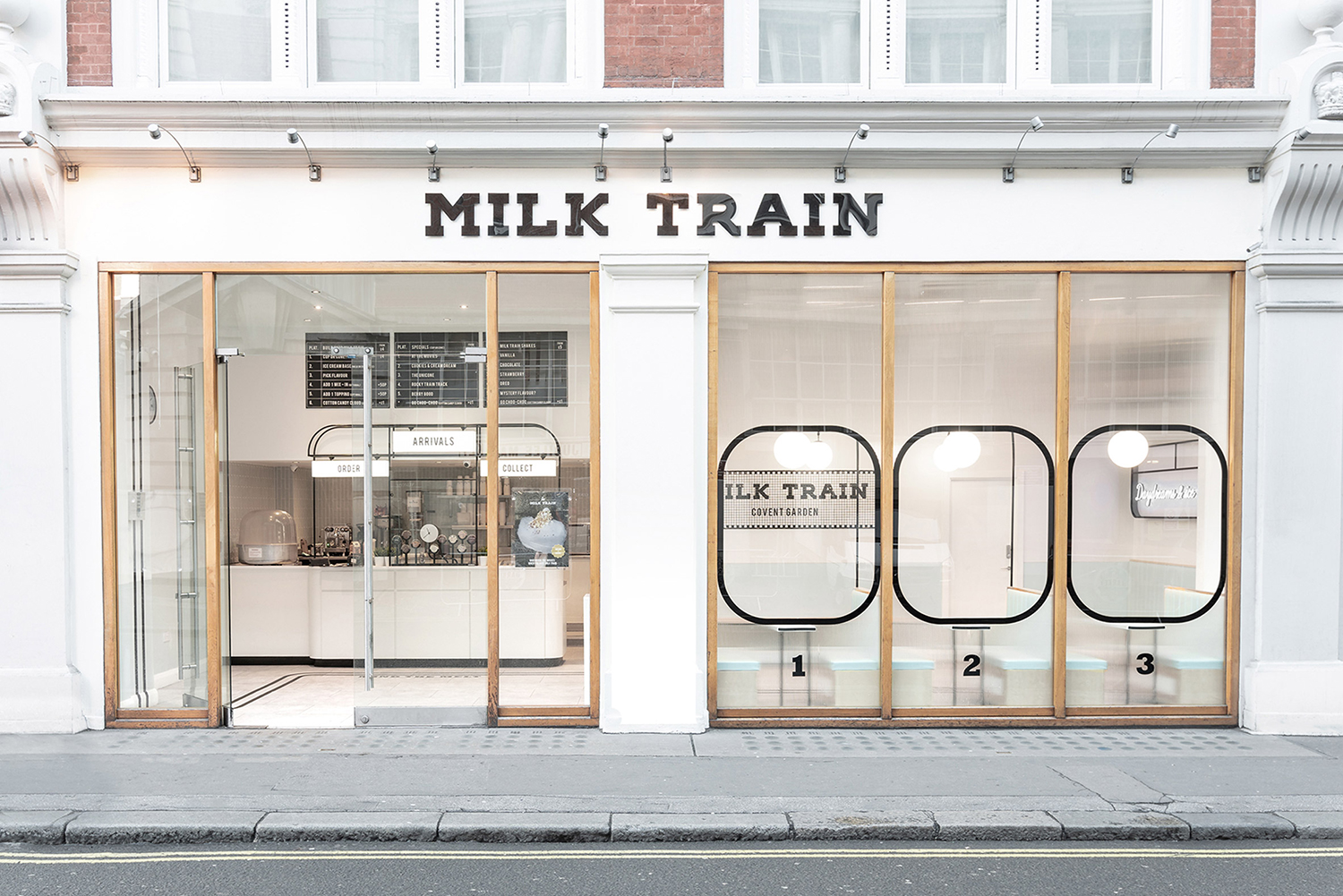 Playing on its brand name, the aesthetic of a classic British steam train was the main inspiration for the store’s interiors. Upon entering, customers can choose from a menu that’s printed on blackboards in white block lettering, intended to look like typical split-flap display boards that show train departure times at a station. 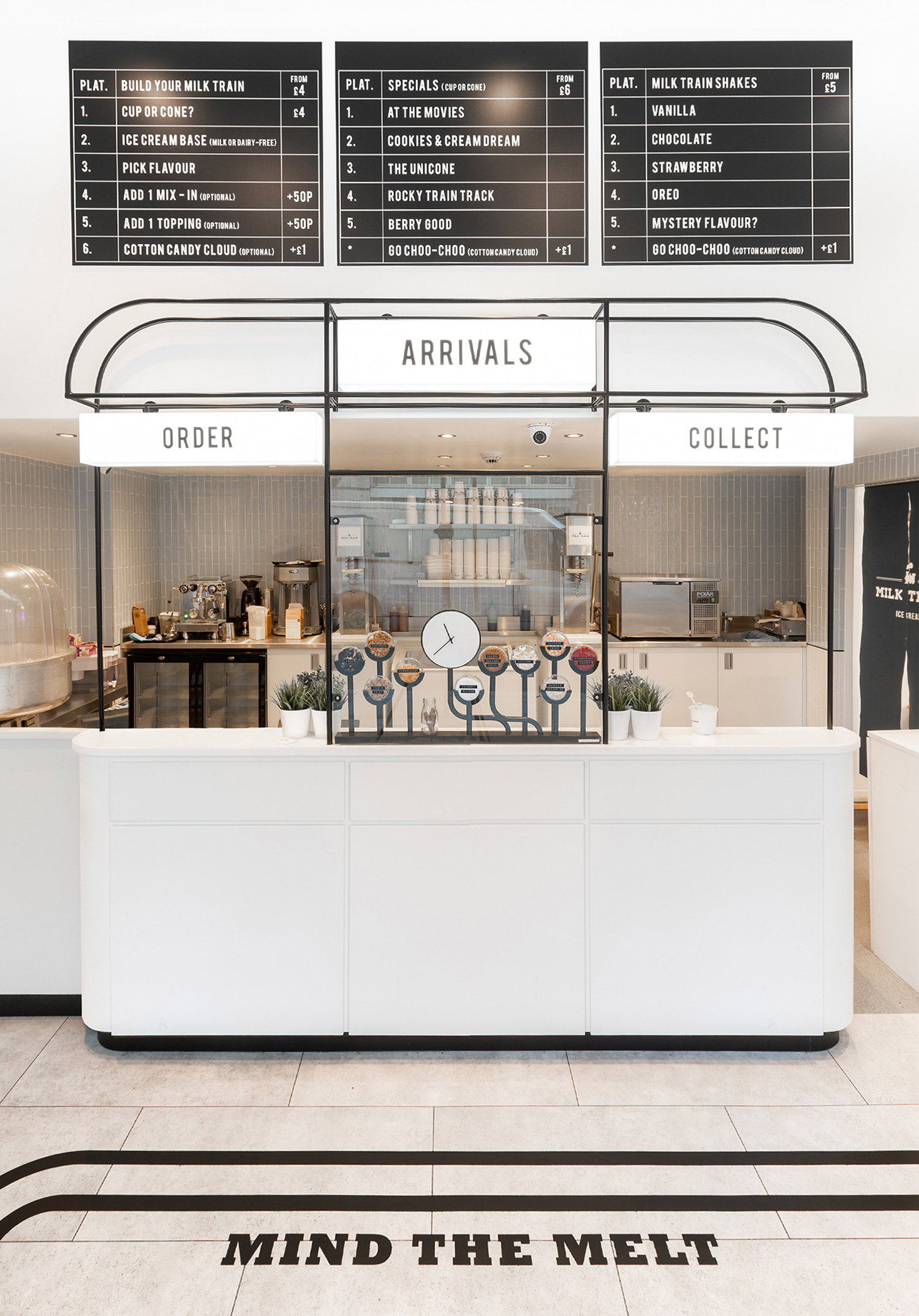 A sequence of arched frames runs down the centre of the eating area, each topped with spherical pendant lamps. Two-dimensional cloud shapes have then been suspended from the ceiling, mimicking the steam emitted from a train’s chimney.

This is complemented by panels of frosted glass that have been installed at the store’s front facade which are meant to resemble foggy windows. The rear of the store has also been fitted with a neon sign and prop suitcases. 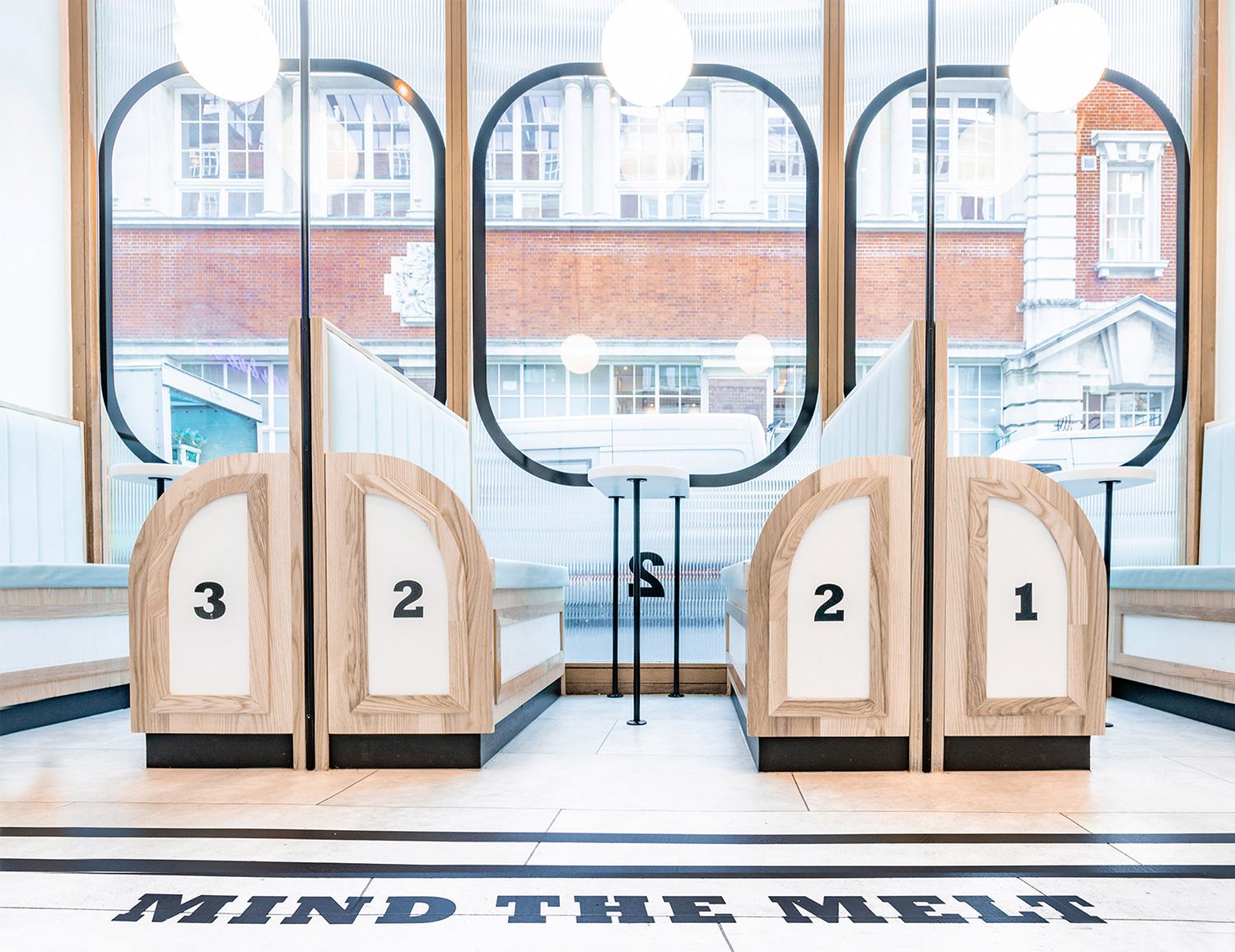 Since launching, the design has generated an unprecedented response online including being awarded ‘Best Experiential Design’ at The Drum Awards 2019 and ‘Best Café Design’ at the Restaurant & Bar Design Awards 2019.