International architecture and interiors practice Red Deer have designed Birch, billed as a ‘next-generation escape’ hotel just outside London, which opens in Summer 2020. Designed in collaboration with Birch founders Chris King and Chris Penn, the new lifestyle hotel sees the former De Vere Theobalds Estate hotel totally reimagined as an escape from urban living, where everything you think you know about traditional hotel life is turned on its head. 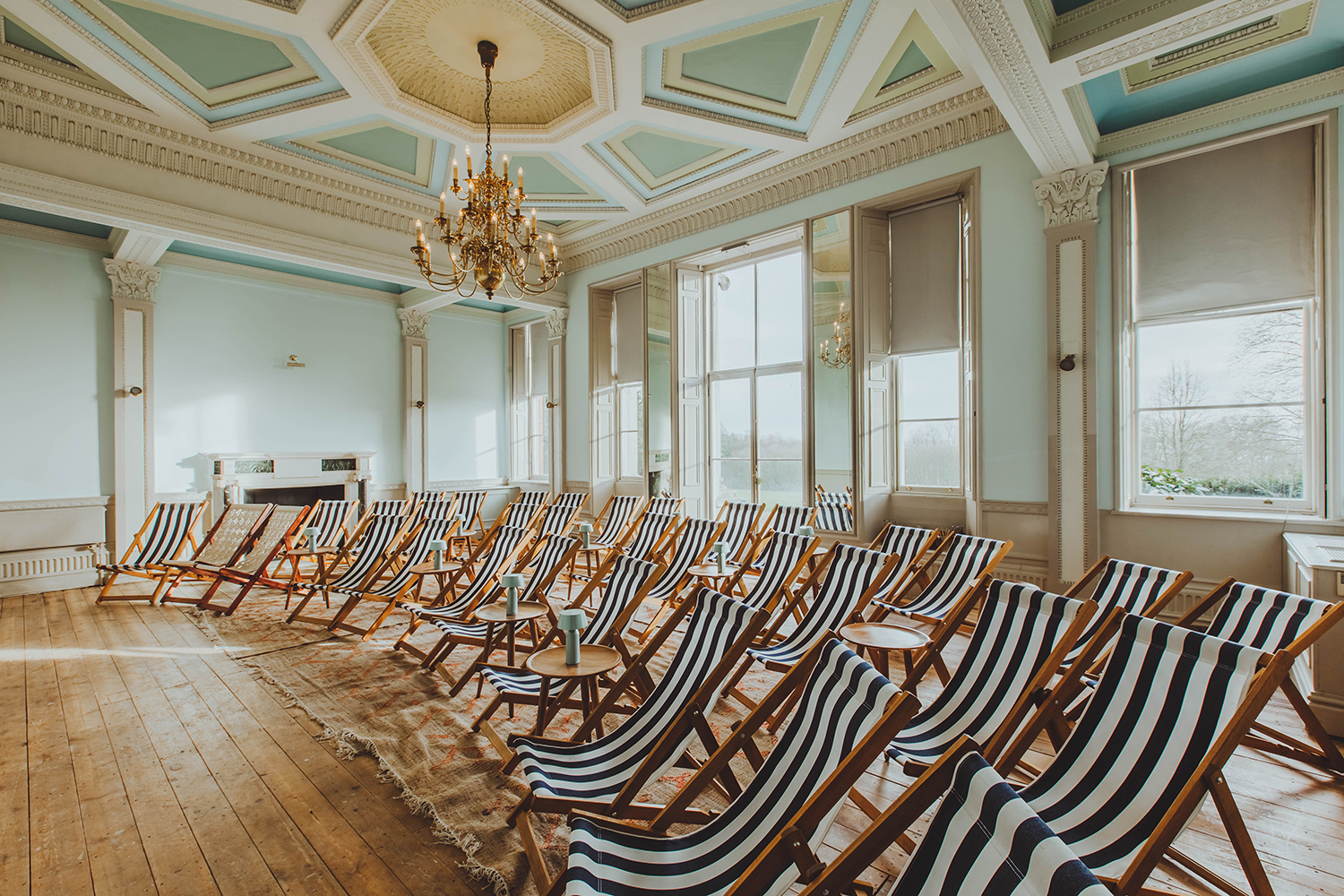 Inspired by the resourcefulness of the past, where old estates used to manage their resources and land holistically, Birch spaces aim to work with their environments as much as possible, from estate-made produce to nature-led restaurants. Some of the oldest parts of the estate date back to the 15th-century, while the mansion house itself was built in 1763. Now a Grade II*-listed building, the existing rooms were what you would expect from a traditional hotel, which Birch felt no longer met the needs of today’s changing market. 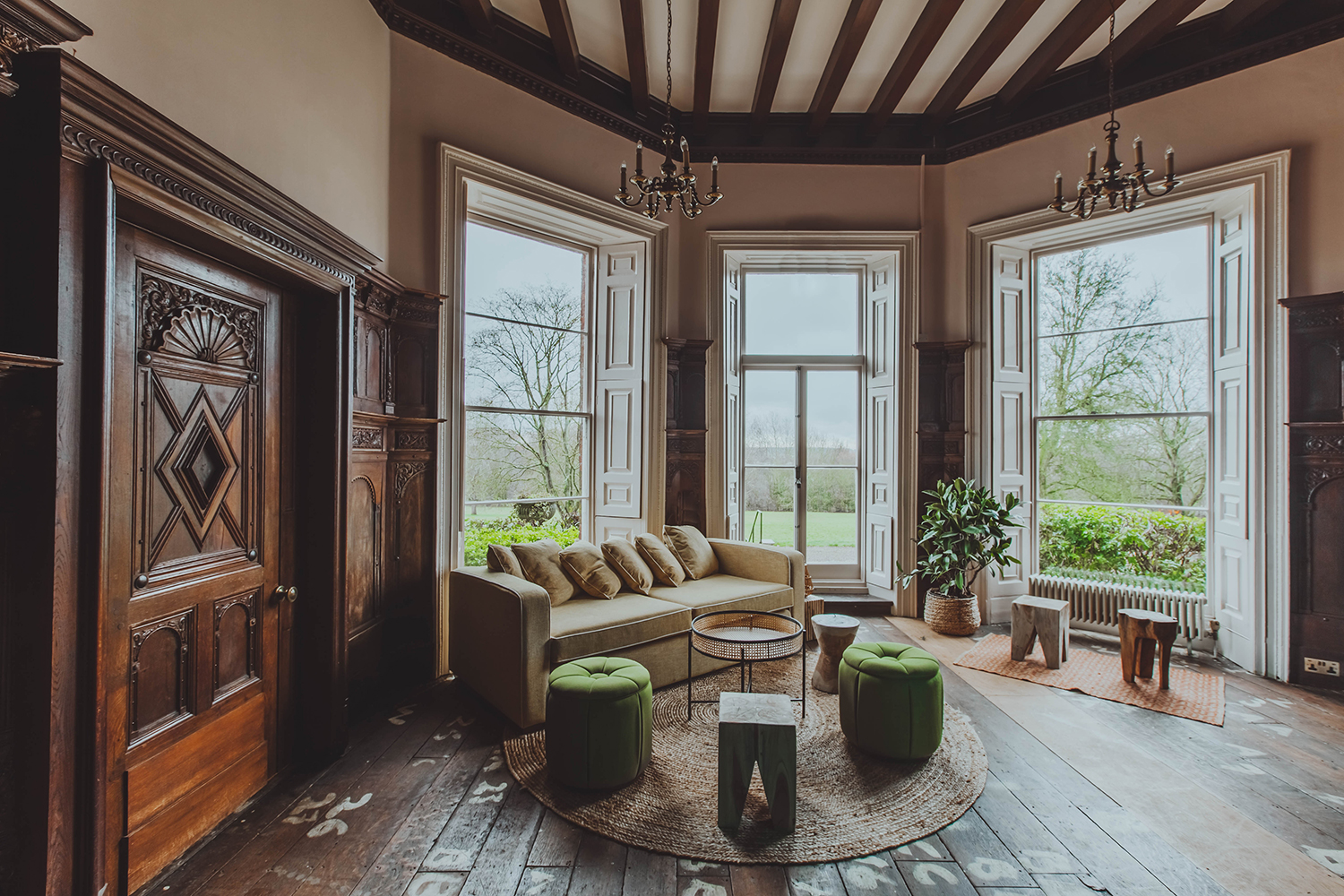 Red Deer approached the renovation with an inspiring touch of lightness, setting out to only intervene where it counted, reusing and repairing the existing site’s materials, and stripping back clutter and unnecessary furniture to create more thoughtful spaces.

The bedrooms have been stripped of attention-grabbing TVs and work-orientated desks to remove the pressures of daily life, and filled instead with warm well-crafted furniture and locally made artwork to offer a calm space in which to switch off and unwind. 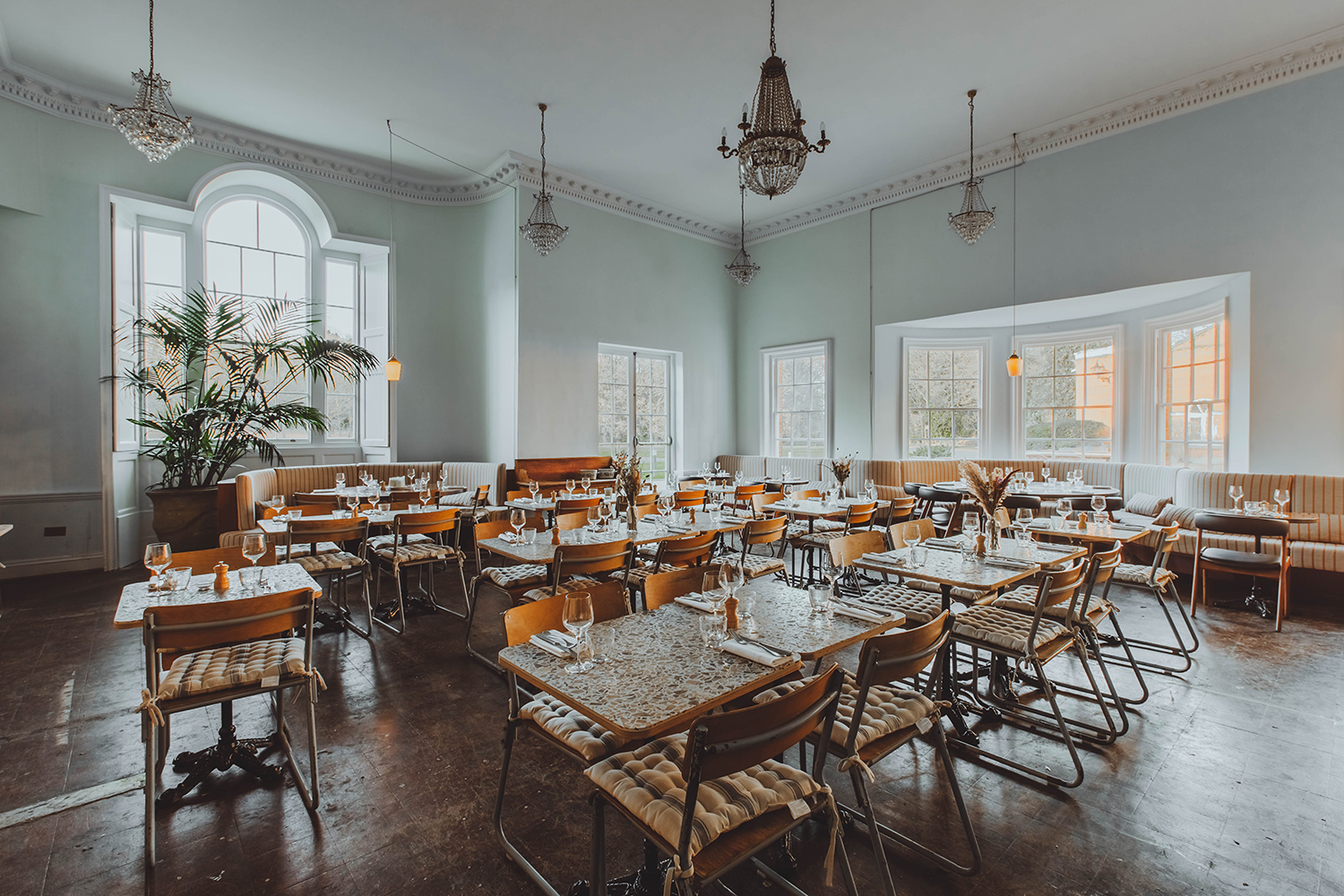 With the Birch ethos placing such an emphasis on the collaborative creative nature of the space, Red Deer felt it crucial to bring local artists and makers on-board to work on the interior projects and create some truly unique pieces to be enjoyed by the guests, challenging the idea that uniformity was essential for large batch runs of furniture. The most prominent of these pieces is a bespoke valet stand manufactured by Jan Hendzel Studio, utilising recycled plastic orbs by sustainable material designer Charlotte Kidger, textured vases by ceramicist Emma Louise Payne and hand-beaten copper bowls by metalsmith Lucie Naujalis. In a space where colour, texture and detail take centre stage, the valet stand is a wonderful demonstration of all three. 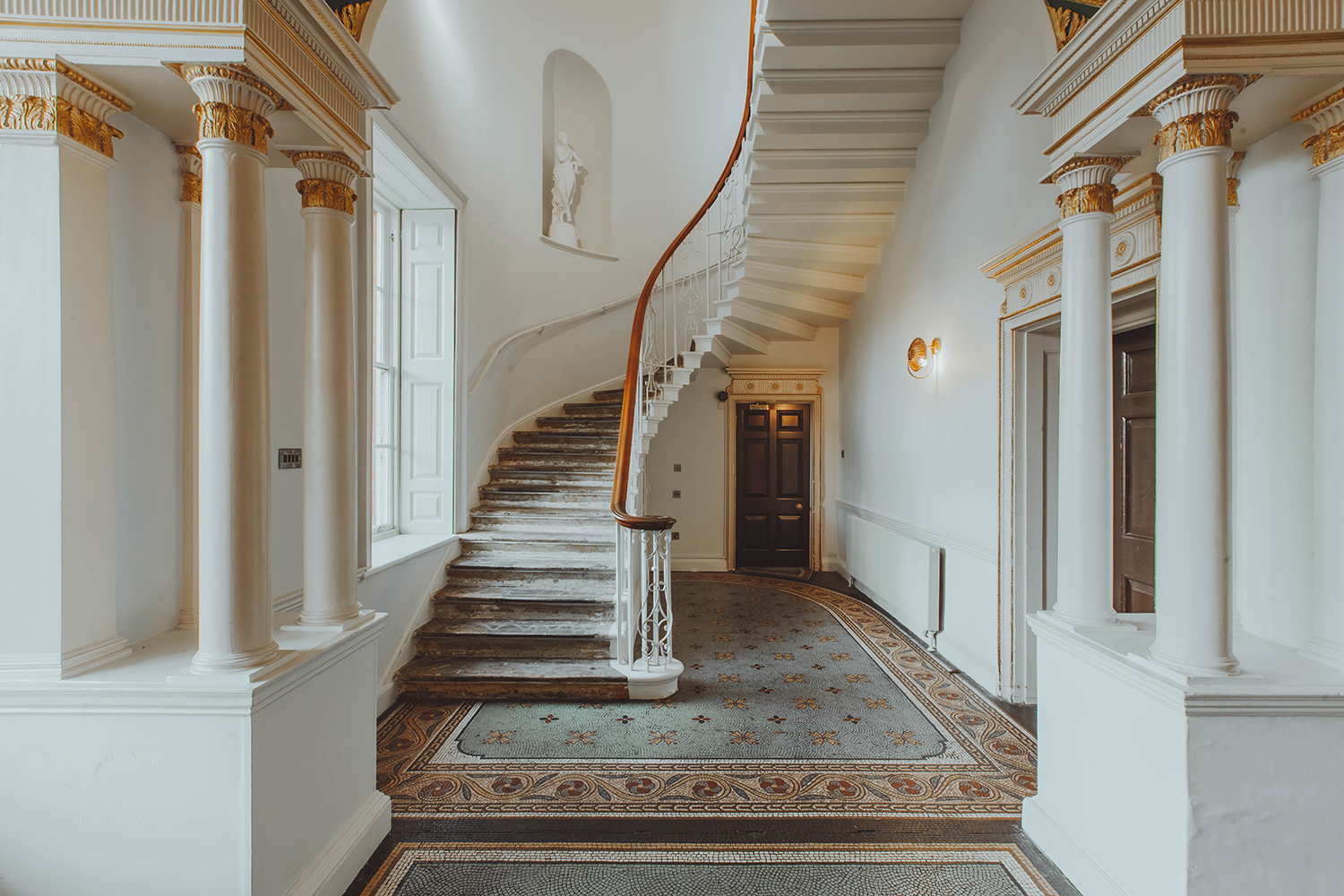 Red Deer was also adamant that traditional tendencies towards wastefulness and uniformity were challenged throughout the hotel. As part of this process, Red Deer looked at how they could work with what already existed at Birch. For example, the floorboards underneath the carpet in the reception area were numbered in white paint from a previous renovation. Rather than cover the marks Red Deer exposed them and celebrated the evolution, with the painted numbers becoming part of the decorative features in the room.

“We wanted to take a light touch on the existing features and celebrate the Georgian building,” says Ciarán O’Brien,  co-founder of Red Deer. “The building created a really strong backdrop, so we looked at each space from the point of what already existed. Any intervention within a space needed to work with that, and once you build that design story it allows us to imagine how that room will operate.” 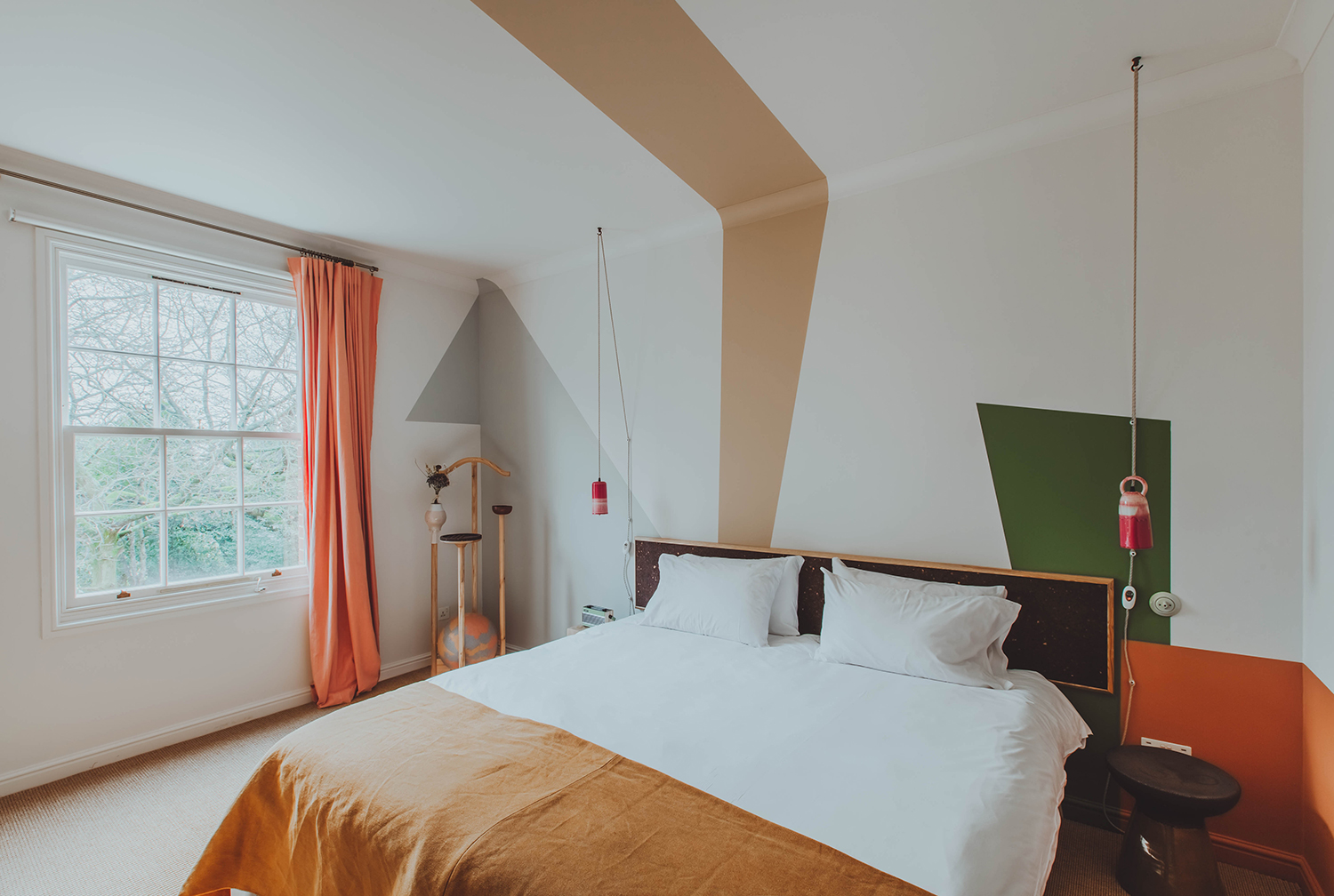 Taking inspiration from the Japanese craft of kintsugi, where broken pottery is highly visibly repaired using gold-dusted lacquer, the plan going forward is to carry through the same philosophy to anything that can be mended: “As something breaks, it can be fixed rather than replaced, telling a new story whilst treating both the breakage and repair as part of the history of the place, rather than something to disguise.” In today’s social climate kintsugi’s potential to resonate with hotel guests is considerable. As a hotel offering an escape from the city, and all the pressures of perfectionism in modern-day living, the idea that “flaws” should be appreciated is compelling.

Red Deer believe Birch to be an example of how hospitality projects should be approached, considering a long-term commitment to sustainability within a renovation or new build as a crucial component of architectural design. 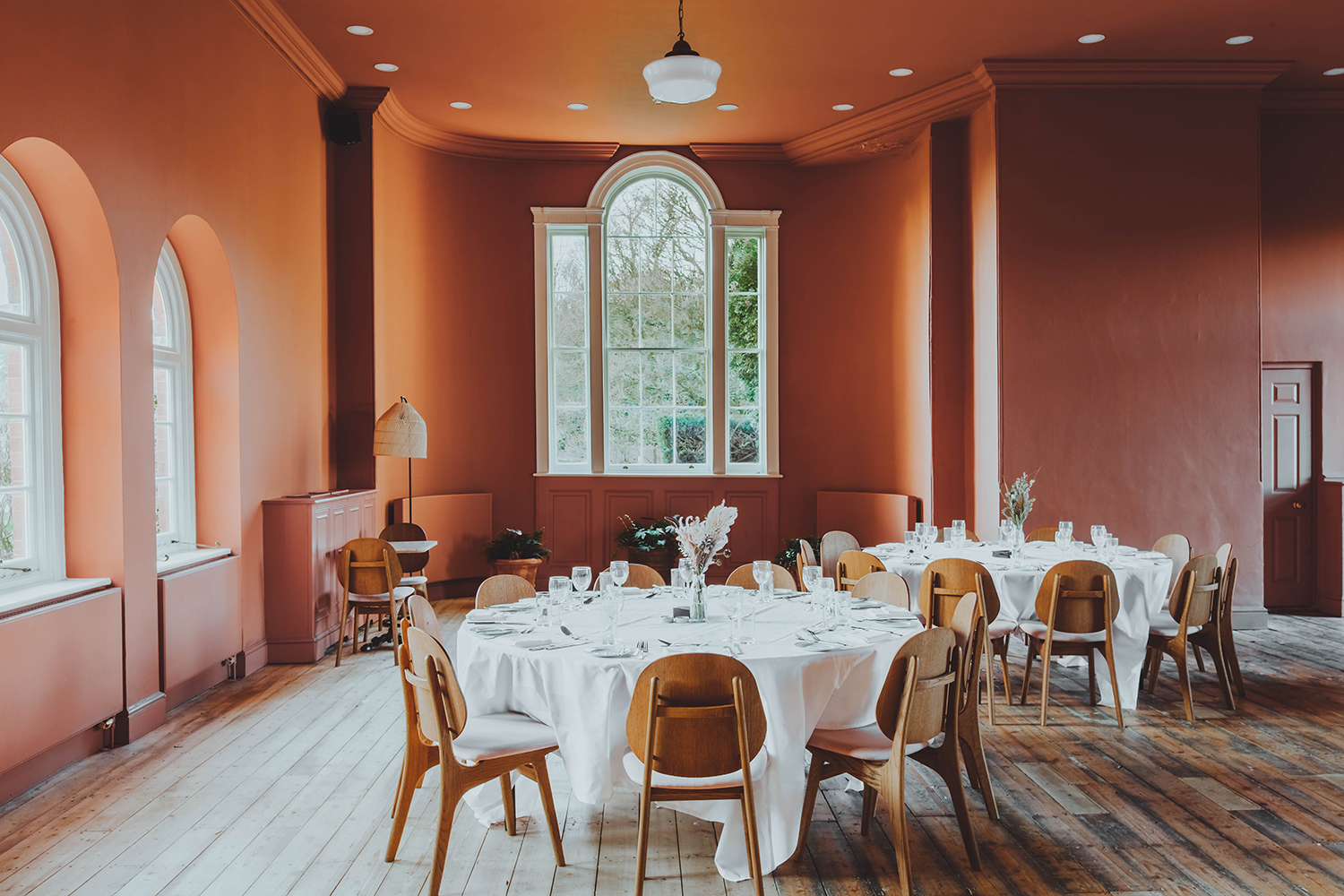 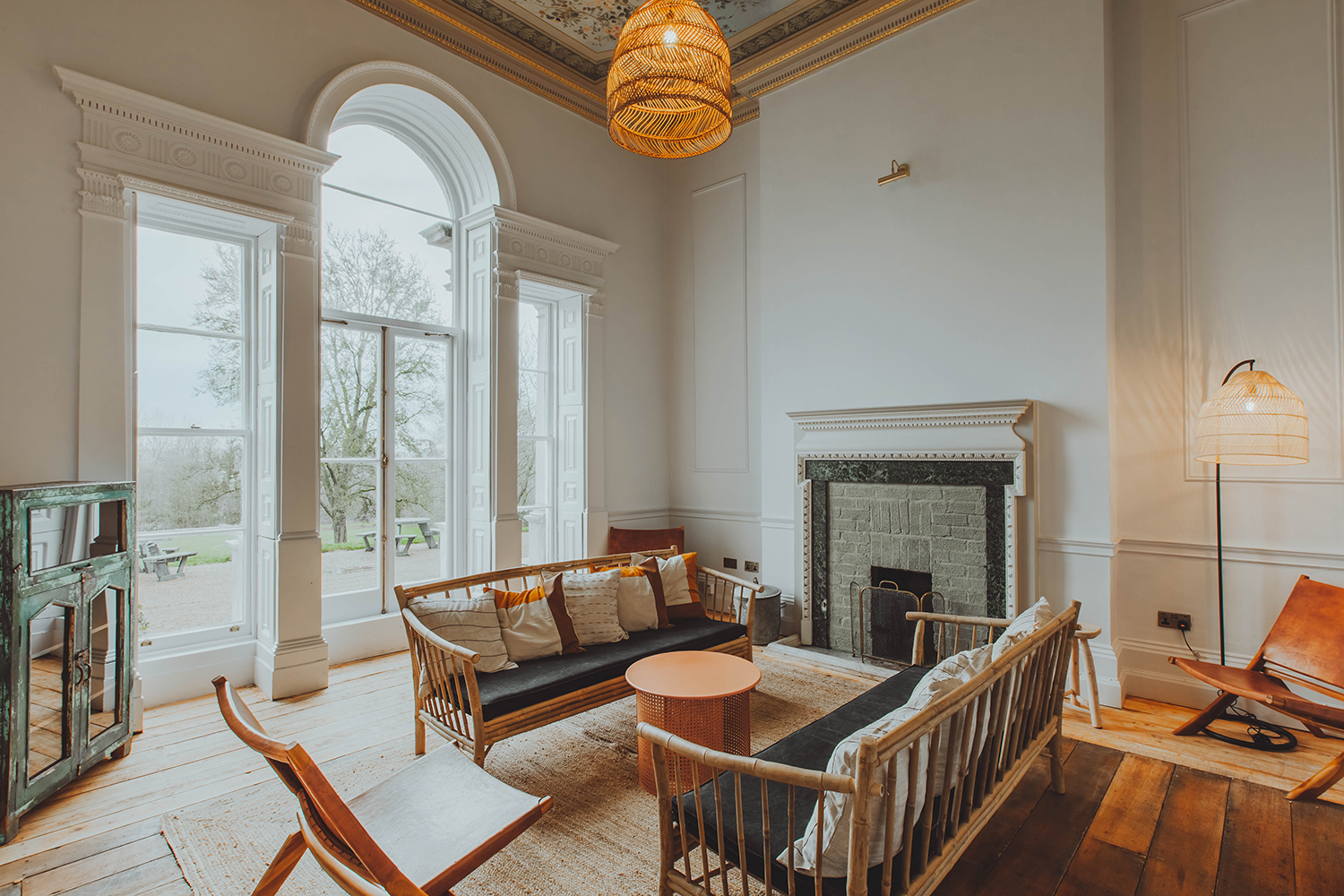 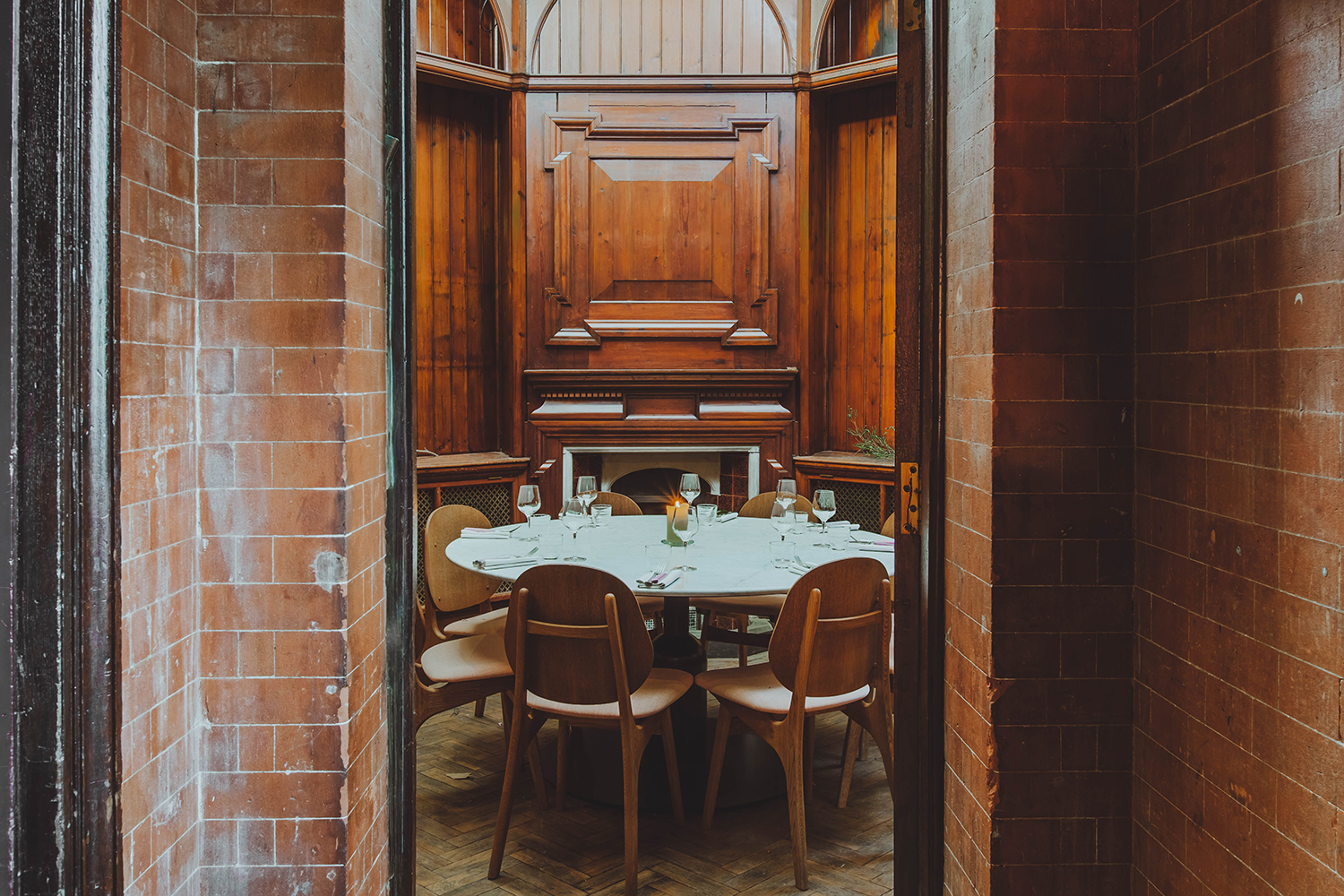 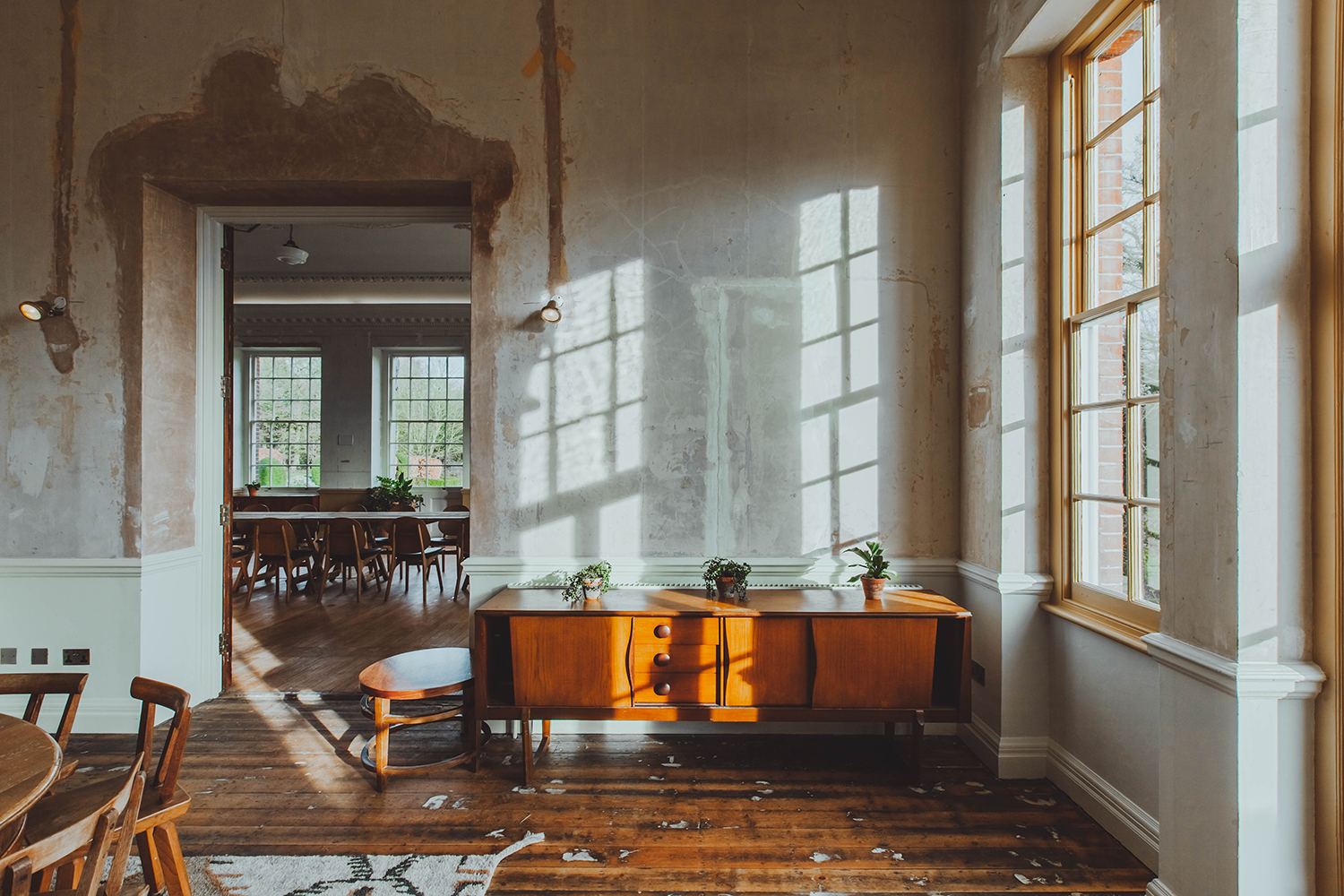 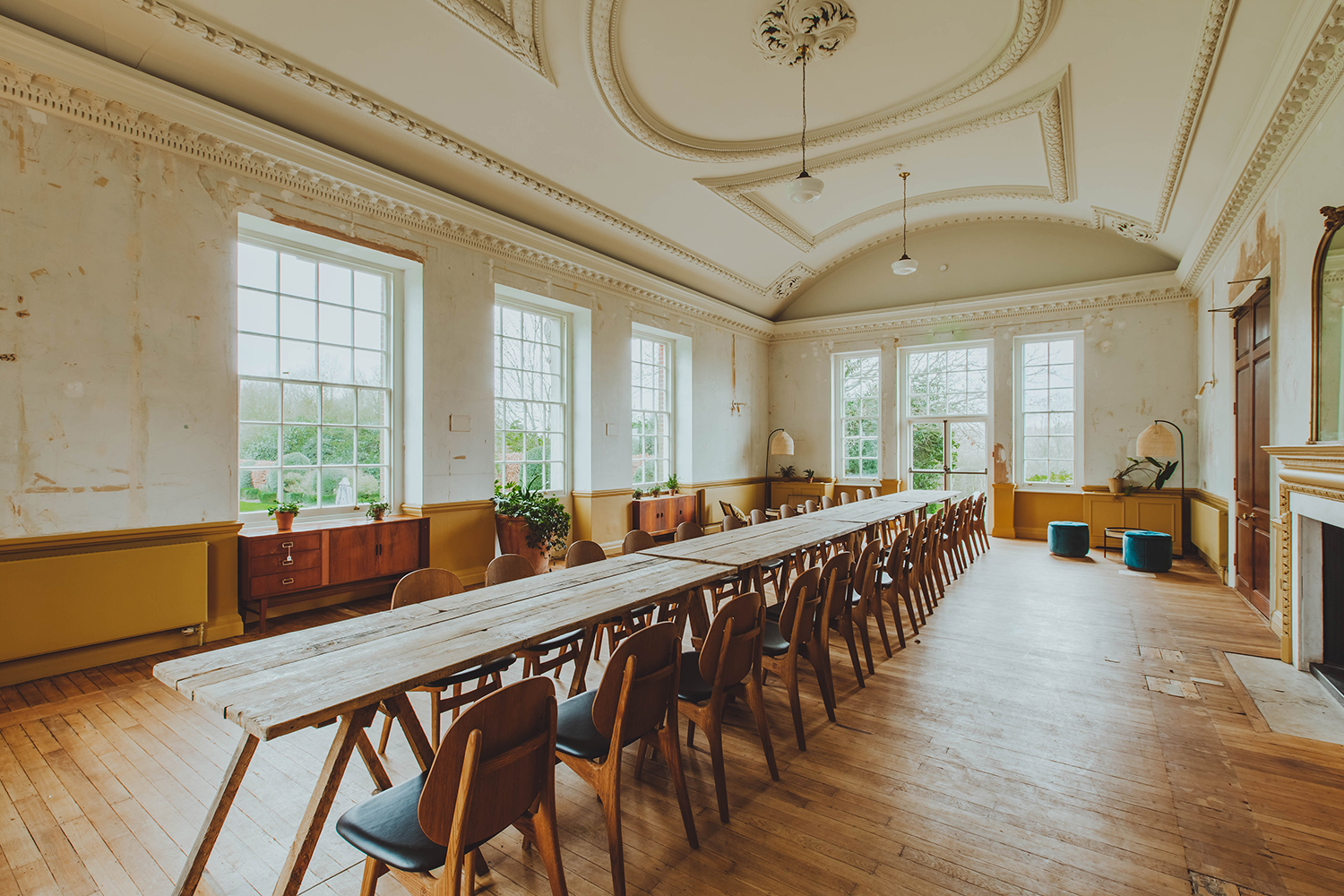