DAS Lab has recently completed this concrete spiral space for the new venue of Chinese brand HEYTEA at the Mixc Jinan, China. Human DNA is a dynamic structure composed of two strands that coil around each other. From microcells to the macro world, it’s such a cycle that enables the continuation of human life and spirit. It also explains the existence of crop circle, vortex, and galaxy, where the inward spiral movement leads to the reconstruction of outward order. How to reinterpret this phenomenon through space and to think outside the box of contemporary art has become a new theme that DAS Lab and HEYTEA work to explore. 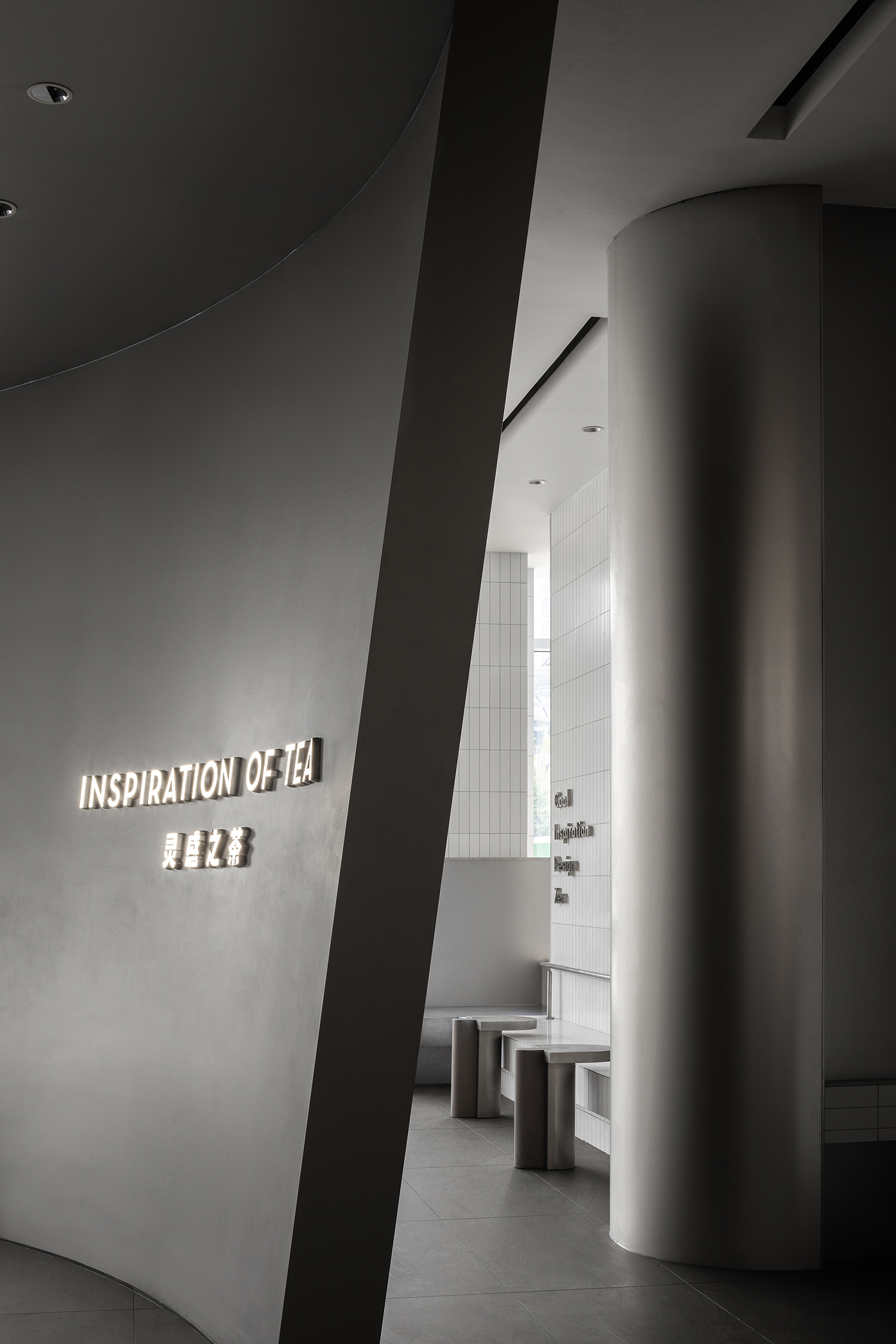 The part is the core of the design— an asymmetric circular structure that spreads in spirals. Through the insertion of such an arrangement, the surroundings are forced to reorganize various spaces with distinct forms, which create diversity beyond the scale and convey the core value of the brand with rich spatial experiences. The new order exists in parts and coexists with experiential behaviors, trying to show people a state in progress. This idea is also derived from the constraints of the site, where the two entrances rigidly cut the circulation. Therefore, DAS LAb embedded the circular spiral structure into space, which effectively neutralized the problem while emphasized people’s feelings as the coexistence in the space. 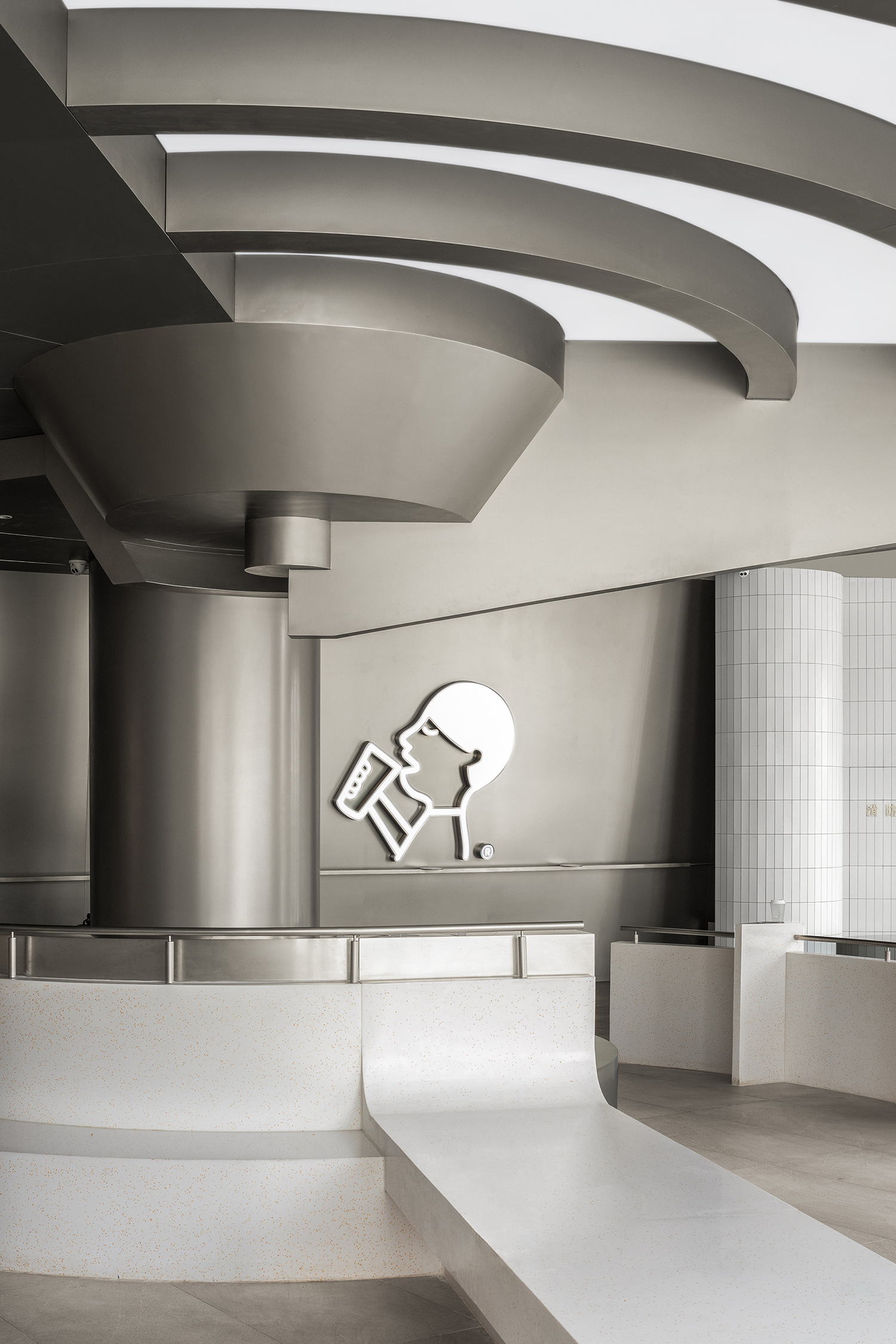 In this project, “Inspiration of Tea” is not merely a declaration from HEYTEA. Through the connection between the parts, a new order naturally comes into being, which in a sense is an unintended response to “inspiration.” On this basis, the design team screened functions and left extra space to give people more freedom for physical behaviors, encouraging them to find out the commonalities between the public and the core value of HEYTEA more freely. 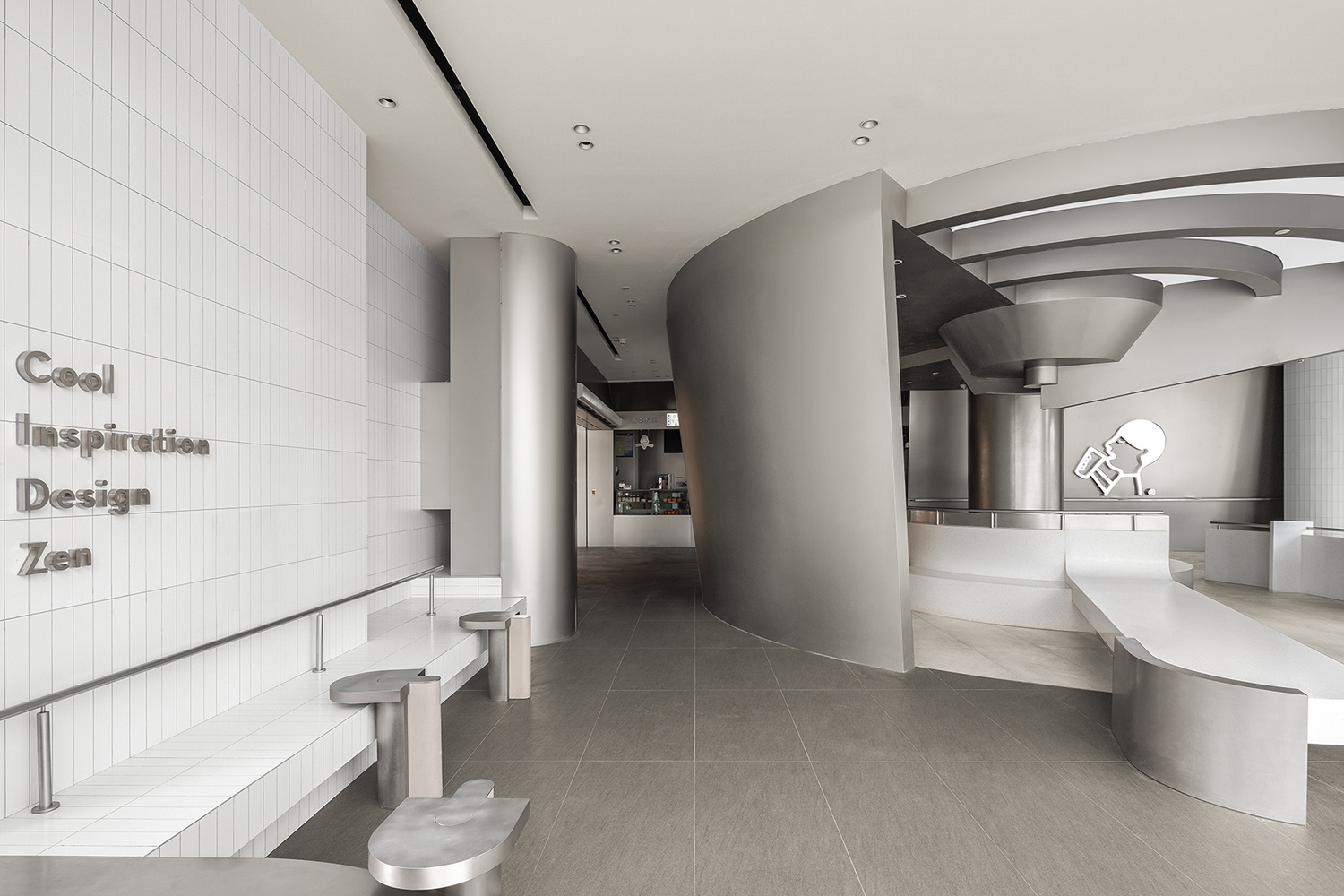 It would be meaningless to stack up materials or seek for the exquisite craftsmanship of details if the design concept was set aside. DAS Lab and HEYTEA reached a consensus that materials need to represent a specific emotional context and support the concept to construct a perceptible venue. “Taking end-user experiences as the carrier and brand communication content as the core, we help the brand to build an emotional connection with young consumers quickly,” explains DAS LAb. 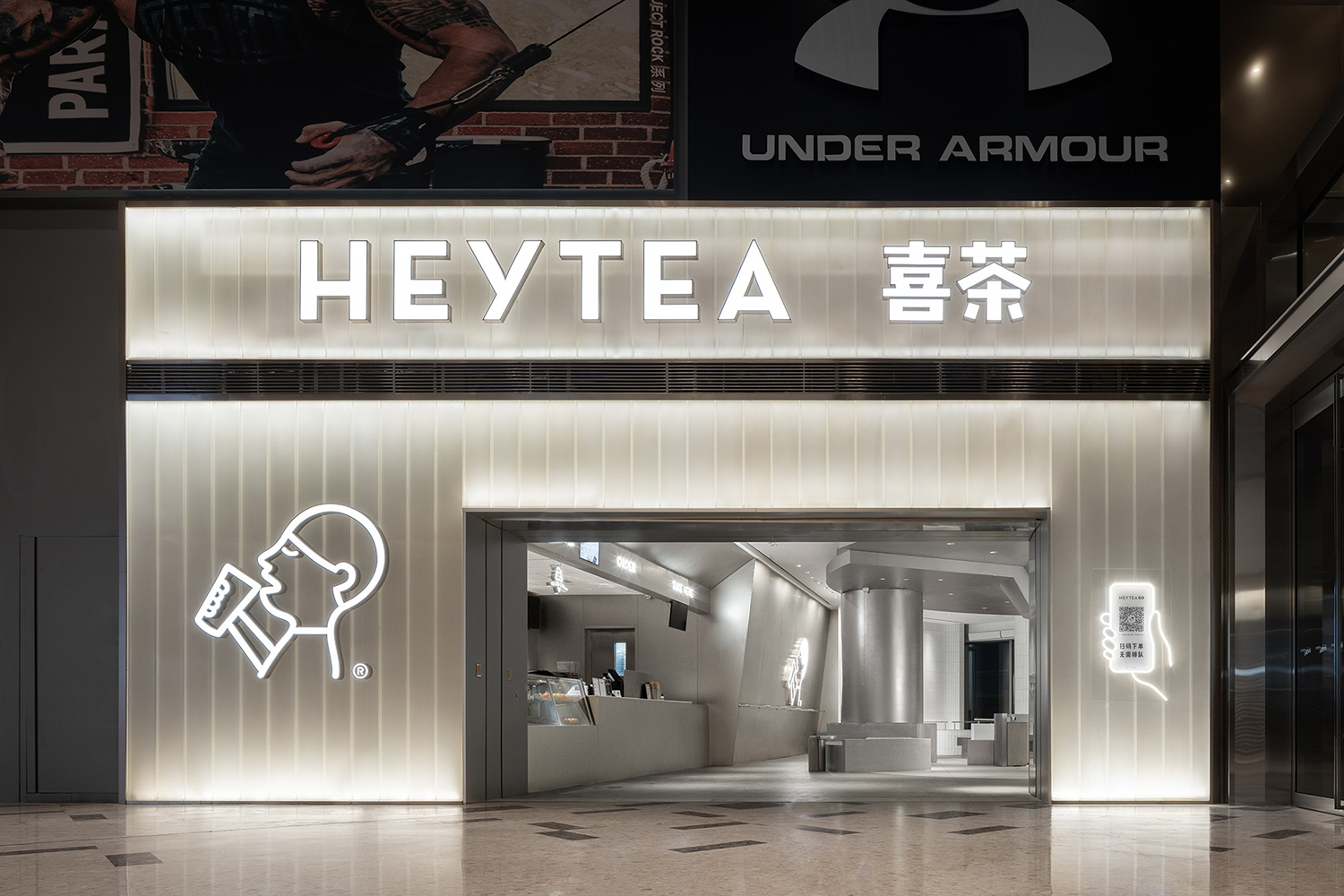 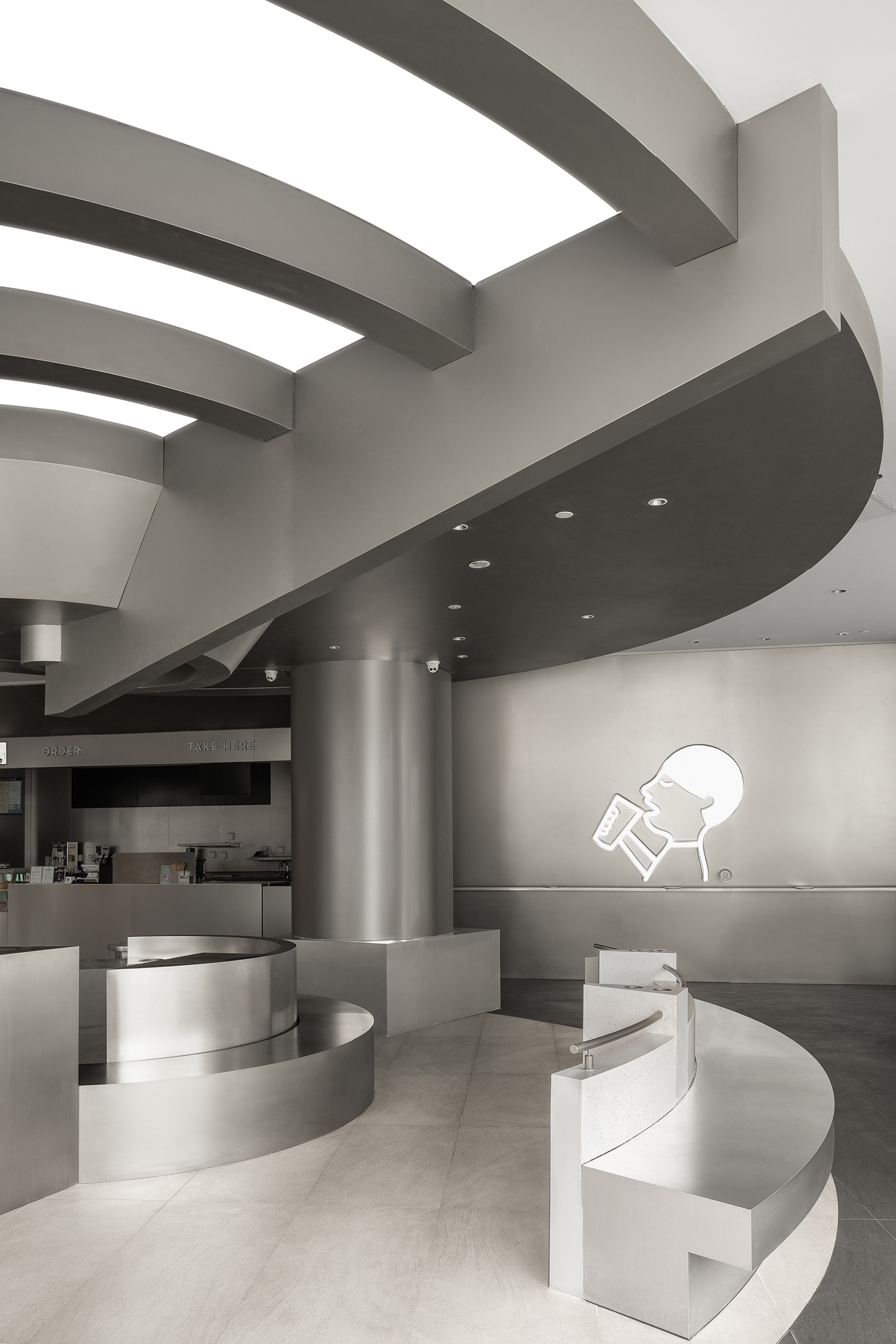 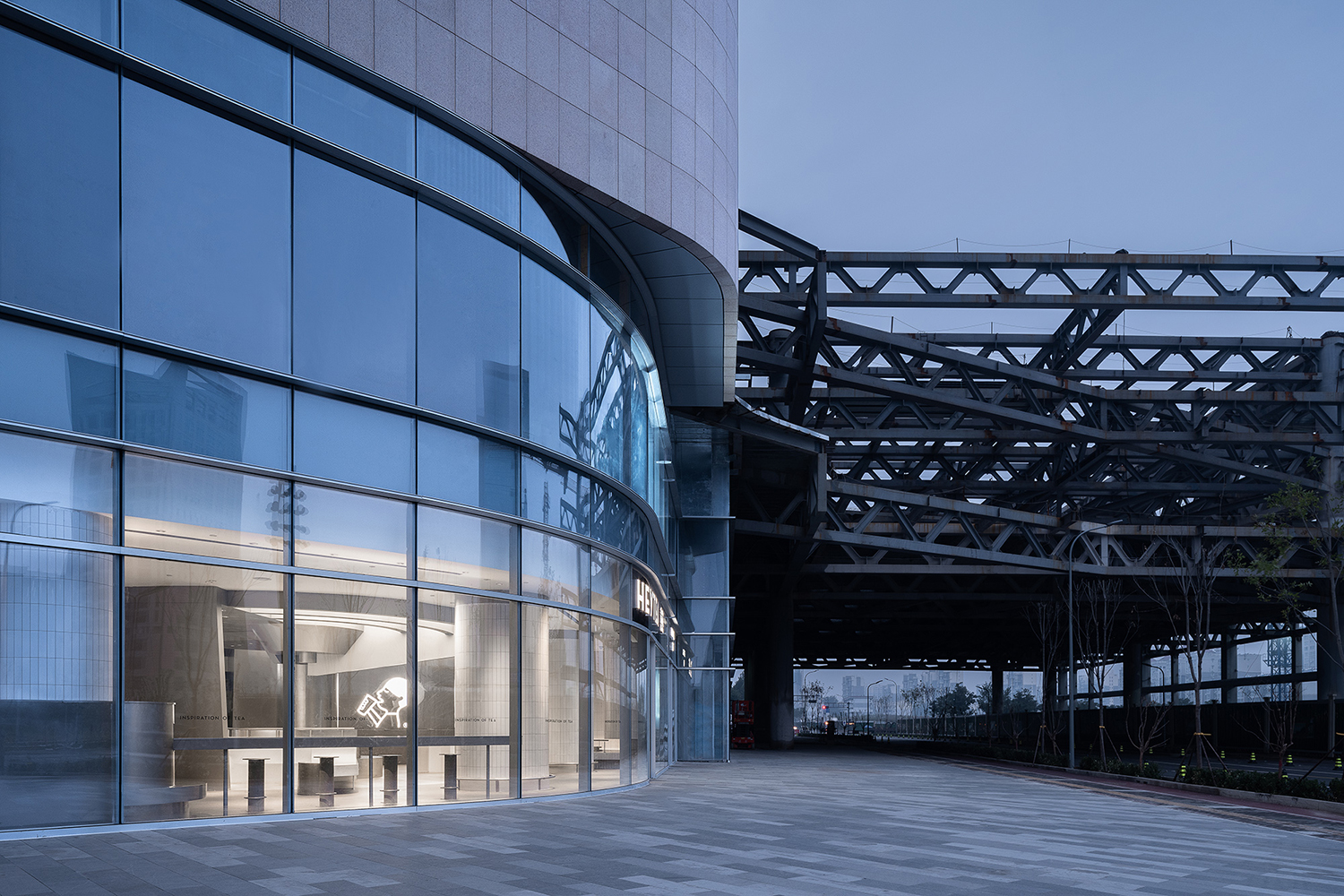 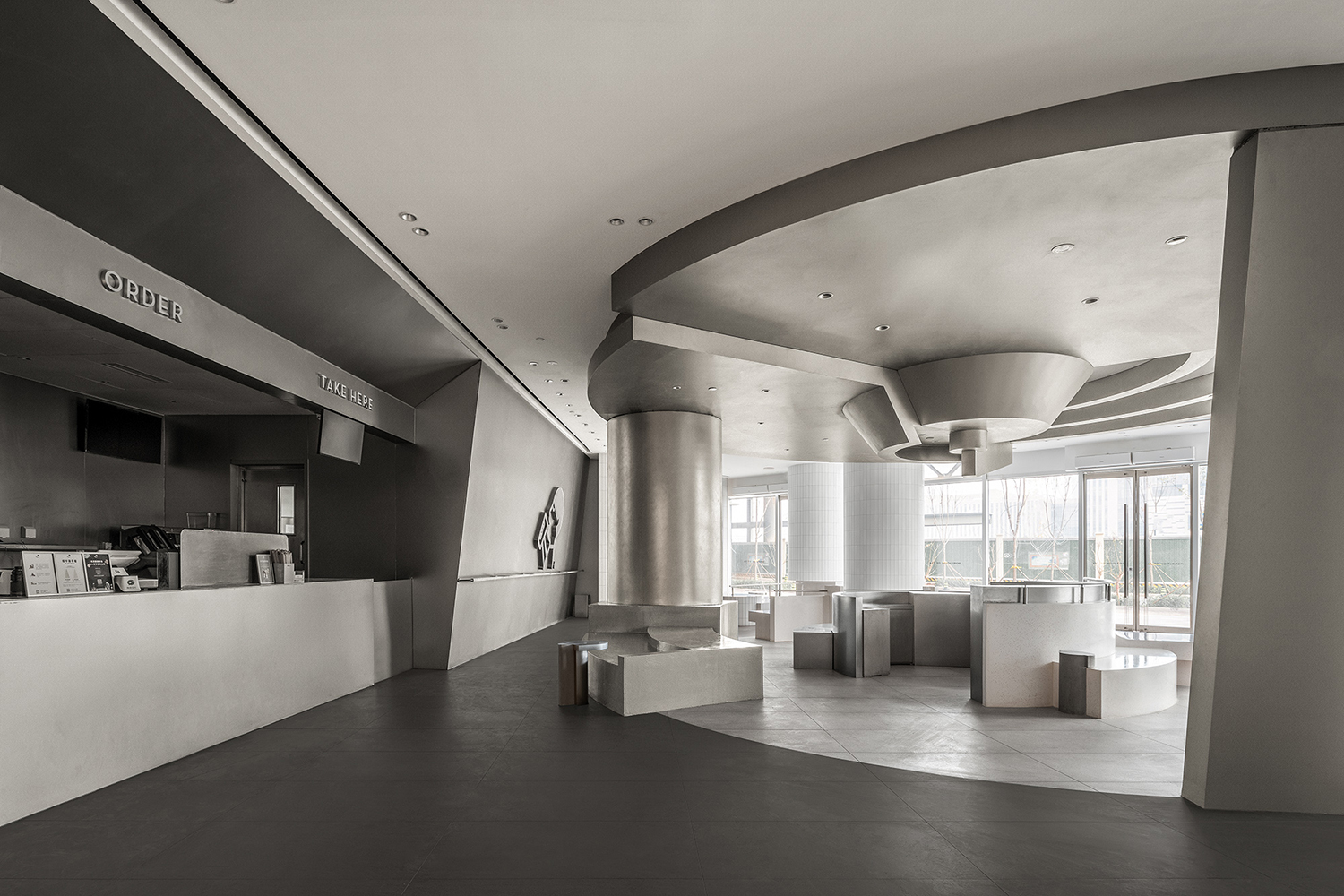