Architects Apostolos Mitropoulos and Thanos Zervos of Tenon Architecture have designed and built a sculptural wooden cave at the Hyades Mountain Resort in Trikala Korinthias, Greece. The Athens-based studio has set the project within an existing space of the resort, which it has converted into a wooden cave.

The synthesis of the space is based on the idea of dividing the plan into two zones, the main room, which is made up of a continuous curved wooden structure, and the secondary spaces, which are oriented towards the view and covered in dark stone. 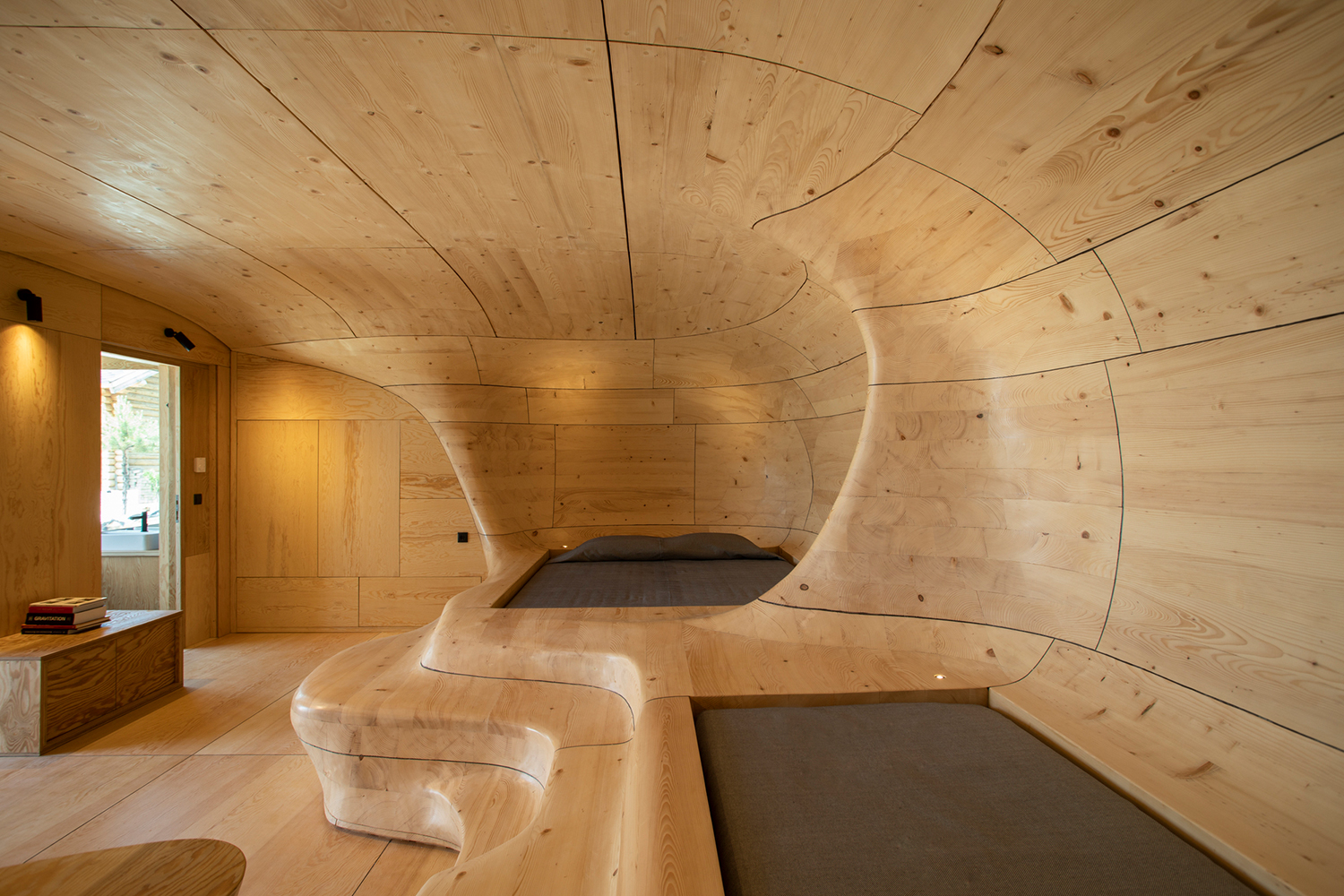 This division intends to create a clear distinction between the hard, “protective” shell and the curved, “inviting” interior, reminiscent of the form of a cave that has been used as a refuge and a haven throughout human existence. The guestroom of the inner zone includes two sleeping areas integrated within the curved structure as well as an open-plan kitchen. The outer zone includes two secondary rooms, a sitting area with a fireplace and the bathroom of the main guestroom. 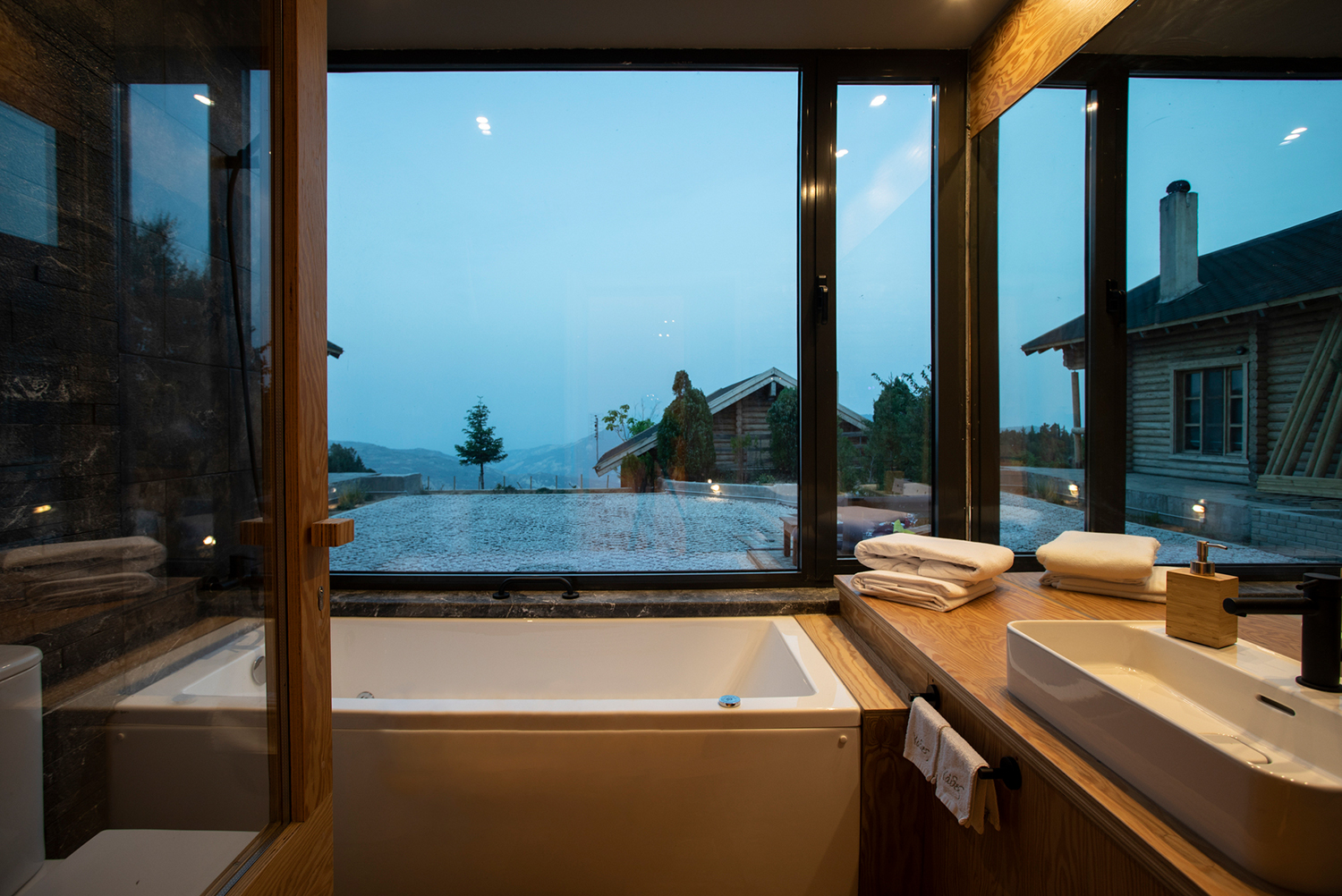 Materiality was of paramount importance in the spatial expression of this project, with most of its elements being wooden and the outer spaces made from stone sourced from the local area. The curved structure is made of spruce raw timber, while the rest of the features (kitchen, cupboards, floor, etc.) are of knotless pine plywood. All the wooden structures were constructed at an offset from the concrete shell, which allows for airflow behind the wood. Circulating air between the wooden elements and the concrete aims to protect the structure and passively regulate the room’s humidity and temperature, utilizing wood’s natural buffering abilities. The passive system of controlling the environmental conditions, was of vital importance for the project, as the area, being on a high altitude, is characterized by significant temperature fluctuations throughout the year. 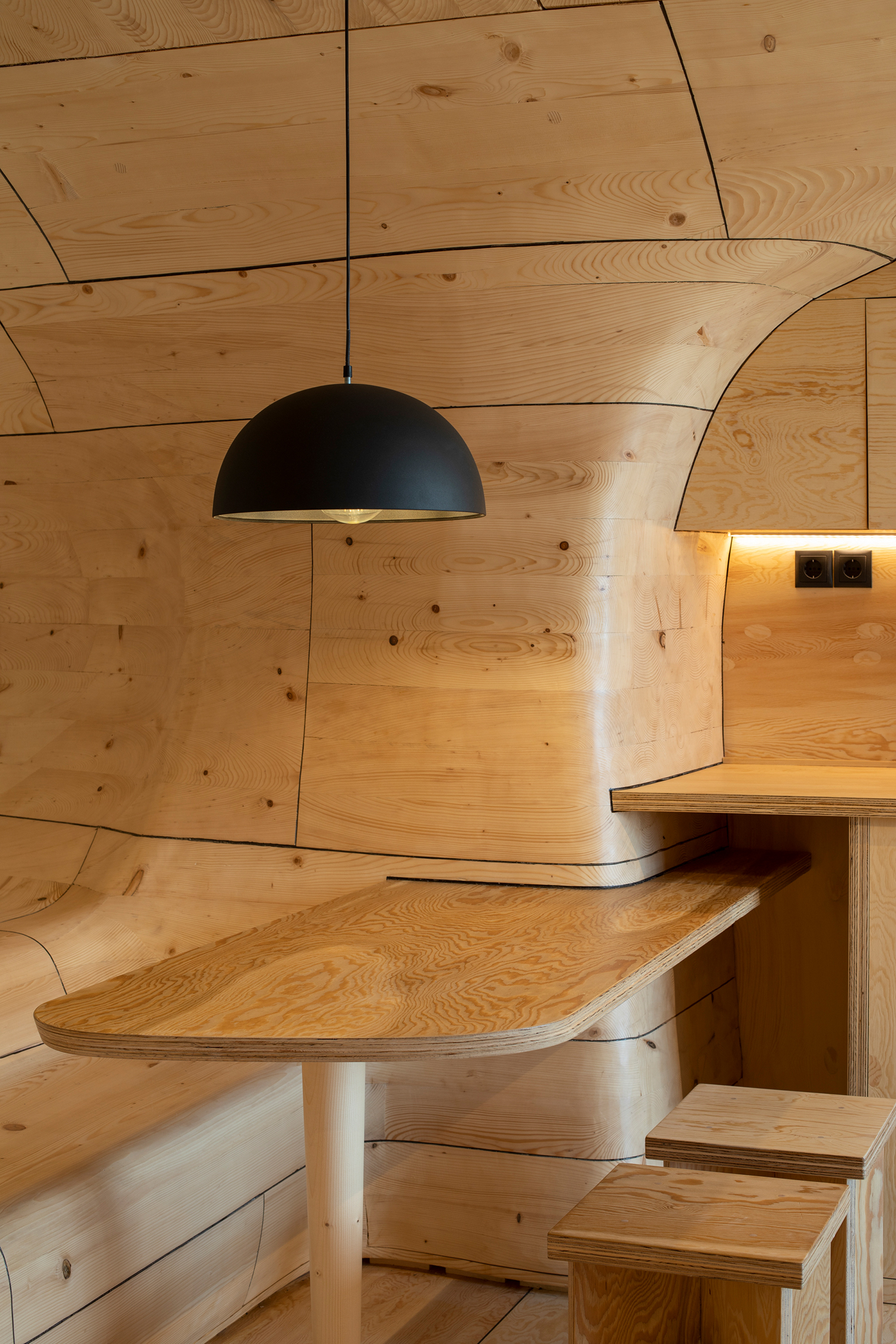 The construction of the project was carried out by Tenon’s team on-site. The curved structure consists of 1.112 different curved wooden pieces. The drawings of each piece were produced algorithmically and transferred on-site, where the pieces were processed manually and converted into 55 larger modules. Each of the modules was then hand-carved and shaped before the final assembly of the structure. The absence of any digital fabrication methods in the construction resulted in the adoption of a more sculptural approach towards the final form. This kind of highly customized sculptural process also meant that no carpenters, workers, or other technicians were employed, and every part of the structure was constructed and assembled by the two members of the team.

Finally, one of the most challenging parts of this work was the translation of the algorithmic drawings into practical instructions for hand-working and sculpting the wood on-site. The final structure is, therefore, a unique amalgamation of algorithmic logic and hands-on craftsmanship. 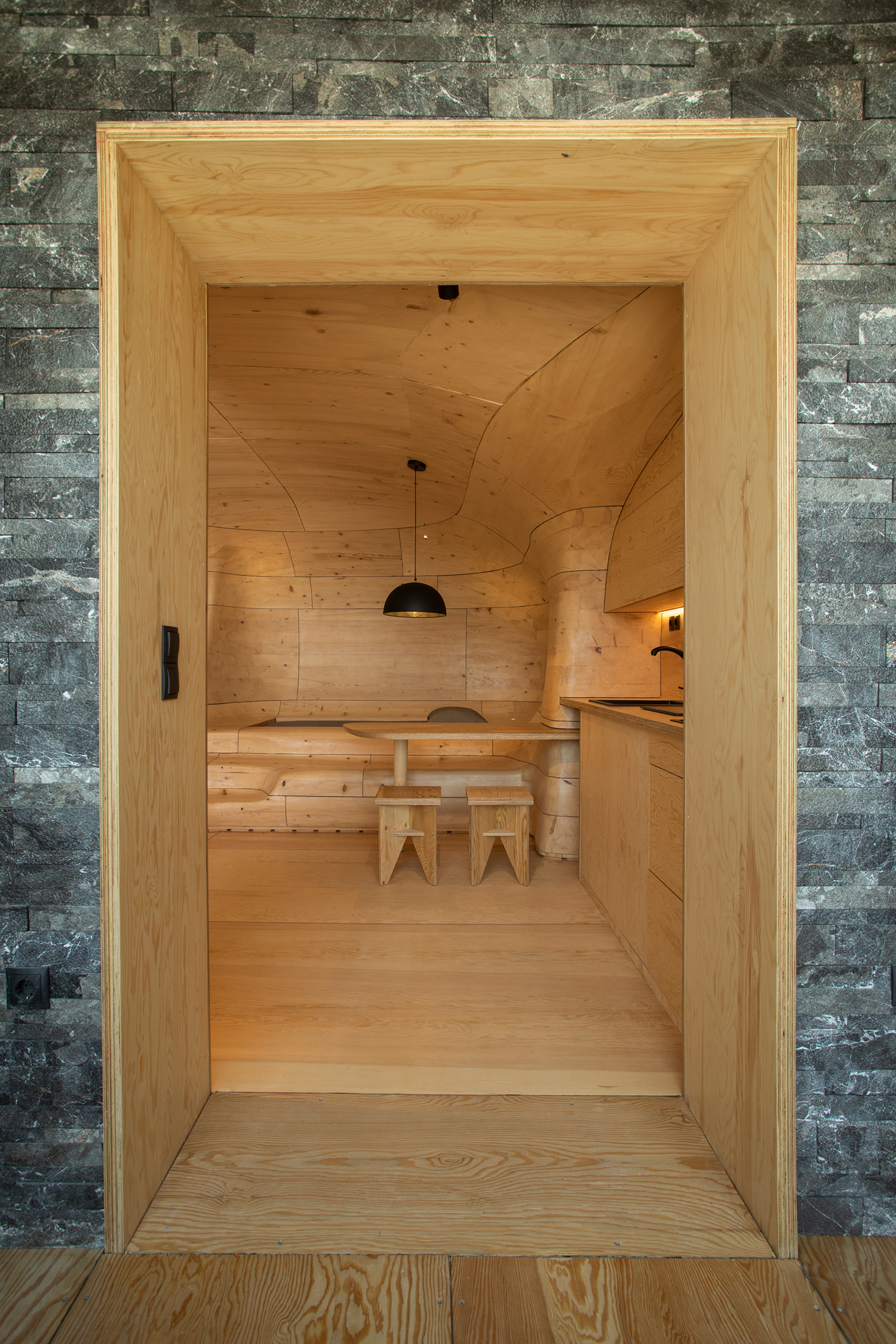 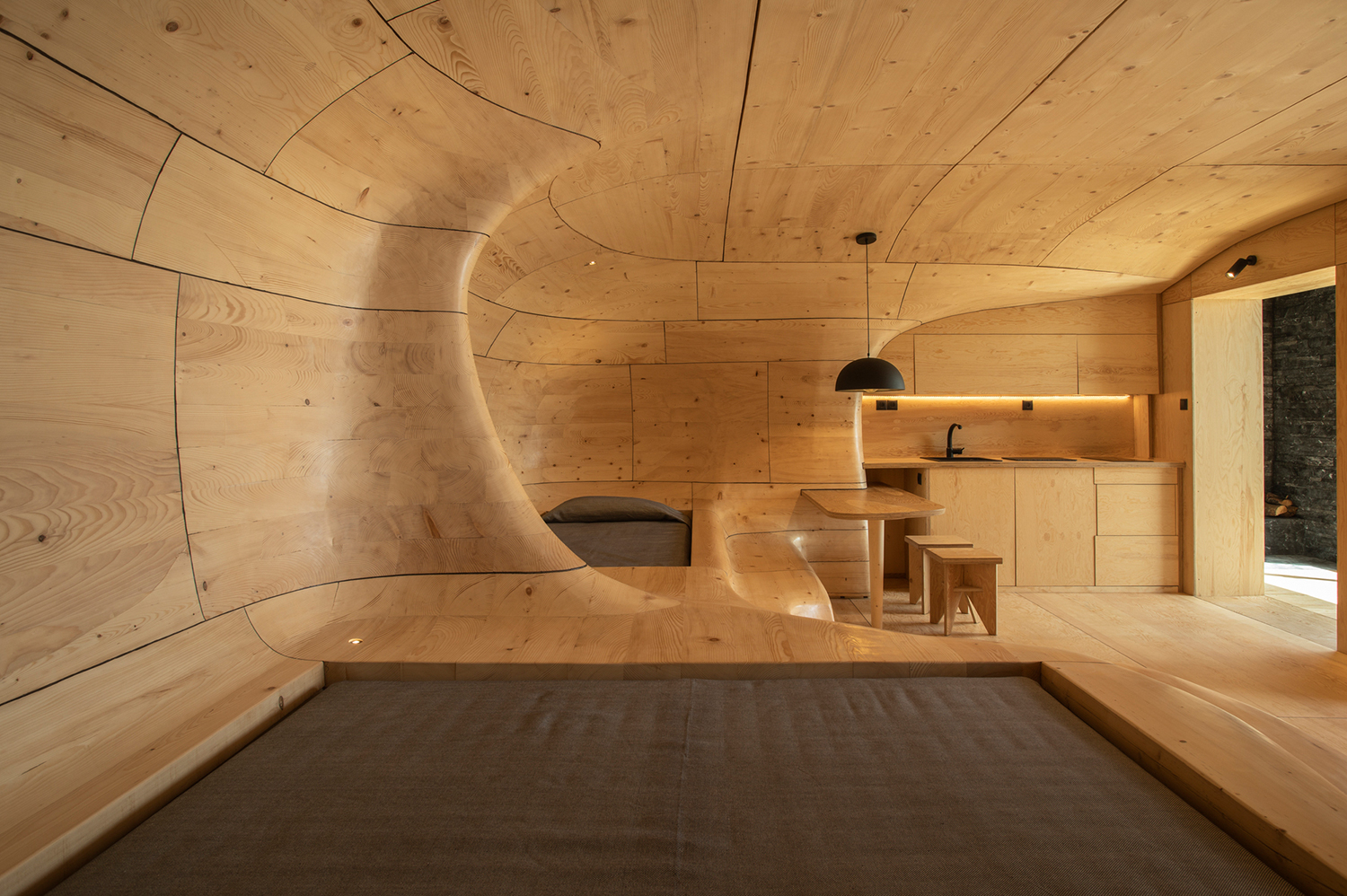 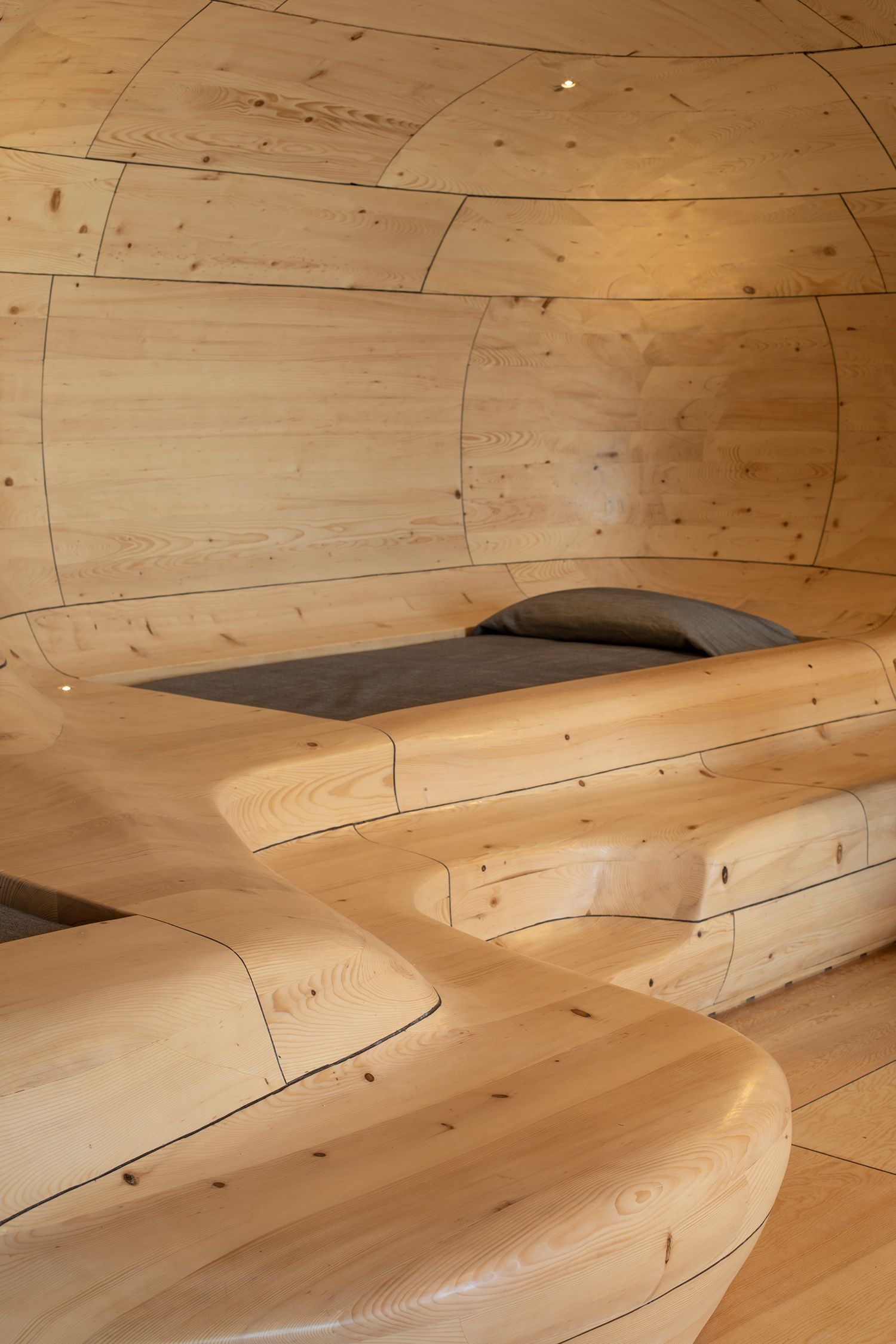 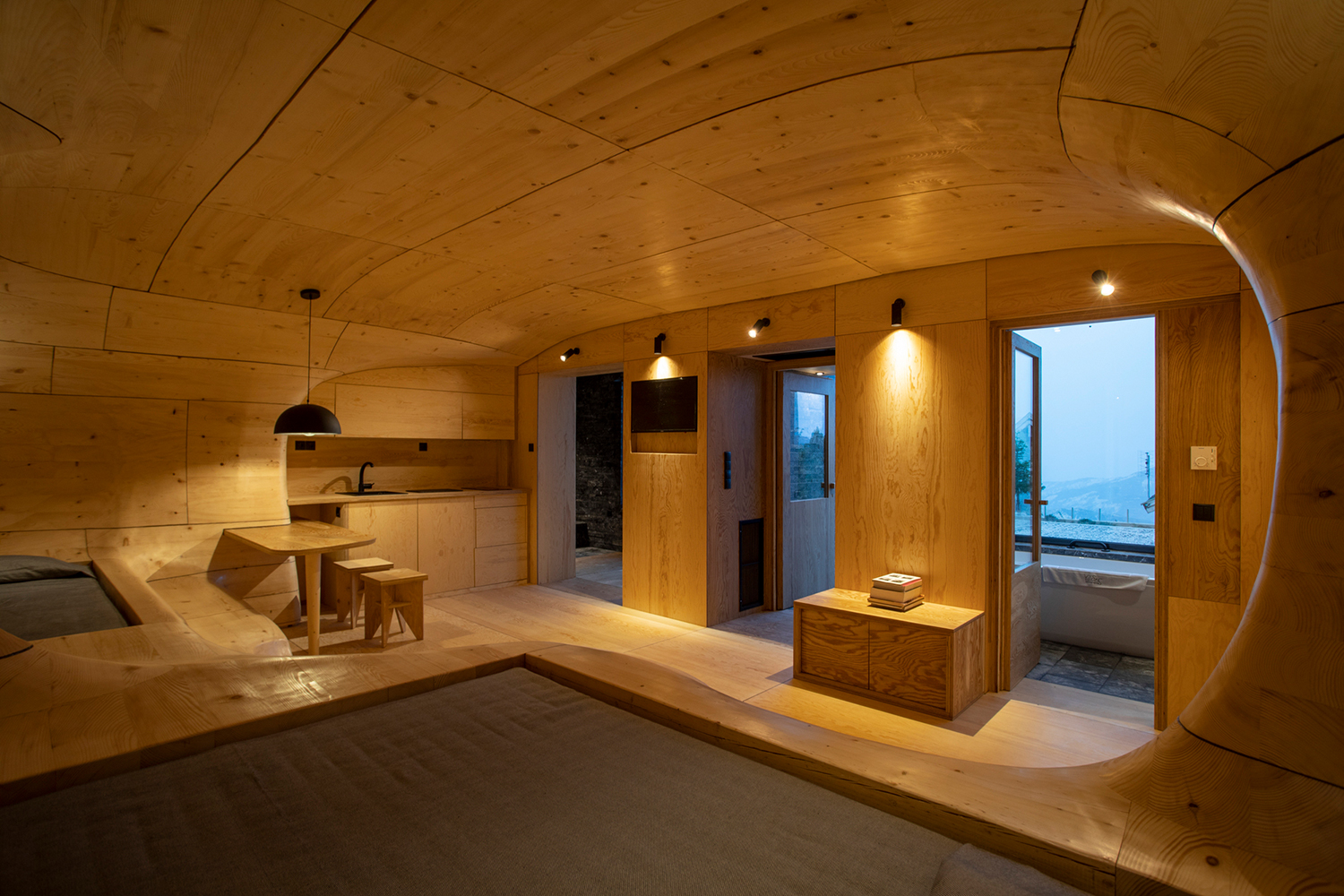 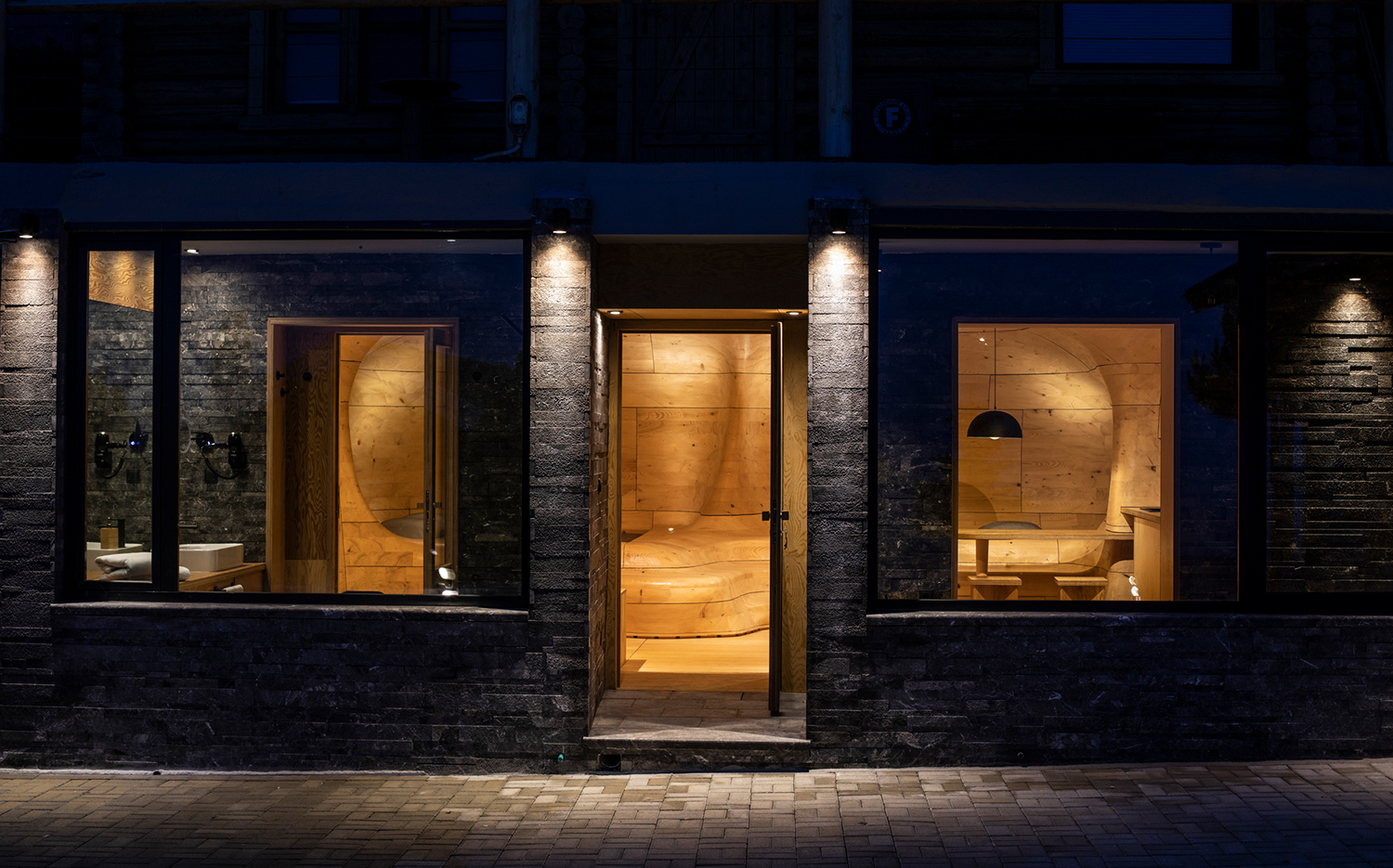