In the days when cigarette smoking was the societal norm, the act of holding a cigarette was considered quite fashionable around the world. When the U.S. Surgeon General released a report in 1964 linking smoking with a myriad of deadly diseases, though, opinions about smoking began to change. It took some time, but by the turn of the century, it’s fair to say that most people considered smoking the exact opposite of fashionable.

During the century’s first decade, though, the electronic cigarette was invented – and by the beginning of the 2010s, e-cigarettes were readily available online and in brick-and-mortar stores around the developed world. From the time of their release, e-cigarettes were fairly fashionable items. For the millions of smokers who felt powerless to break their deadly addiction to tobacco, the switch to vaping was a life-changing positive event that was worthy of celebration.

Vaping products have now been available from mainstream retail outlets for more than a decade, and during that time, the products that the vaping community has considered fashionable have changed greatly. Leading vape shops like E-Cigarette Empire have been there every step of the way, evolving their product selections to keep up with the demands of the community.

These are the vaping devices that have been considered most fashionable over the first decade of the industry’s history.

The first vaping devices to gain mainstream popularity in the United States were cigalikes, or e-cigarettes designed to look like real cigarettes. Some cigalikes were black – thus setting themselves apart from tobacco cigarettes – and others were white with orange LEDs standing in place of the embers of real cigarettes.

For those who vape today, it might be difficult to imagine a time when anyone would have considered a cigalike cool or fashionable. The cigalike was an important step in the evolution of the vaping industry, though, because as difficult as it might be to believe today, there actually was a time when most of the people who smoked didn’t know that vaping existed. The cigarette-like shape was a visual cue that made smokers want to investigate.

For a time, the cigalike was the most fashionable device in vaping. That was partly because it was the only type of device that most people could buy and partly because of the life-changing decision that it symbolized.

The first mass-market vape pen was a device called the eGo, made by a Chinese manufacturer – Joyetech – that still exists today. The eGo vape pen was a small cylindrical device with about the same circumference as a small permanent marker and approximately five times the battery life of a cigalike. Compared to a cigalike, the eGo vape pen lasted significantly longer between battery charges and maintained a much more stable level of vapor production. Before long, high-capacity refillable tanks were developed for the eGo e-cigarette – and once that happened, the eGo delivered a better vaping experience than a cigalike in every possible way.

Although Joyetech was the creator of the eGo e-cigarette, it wasn’t long before other Chinese factories began to clone Joyetech’s design. During the first half of the 2010s, millions upon millions of eGo e-cigarettes and eGo clones were produced and distributed around the world. Many retailers of vaping products continue to carry eGo vape pens to this day. 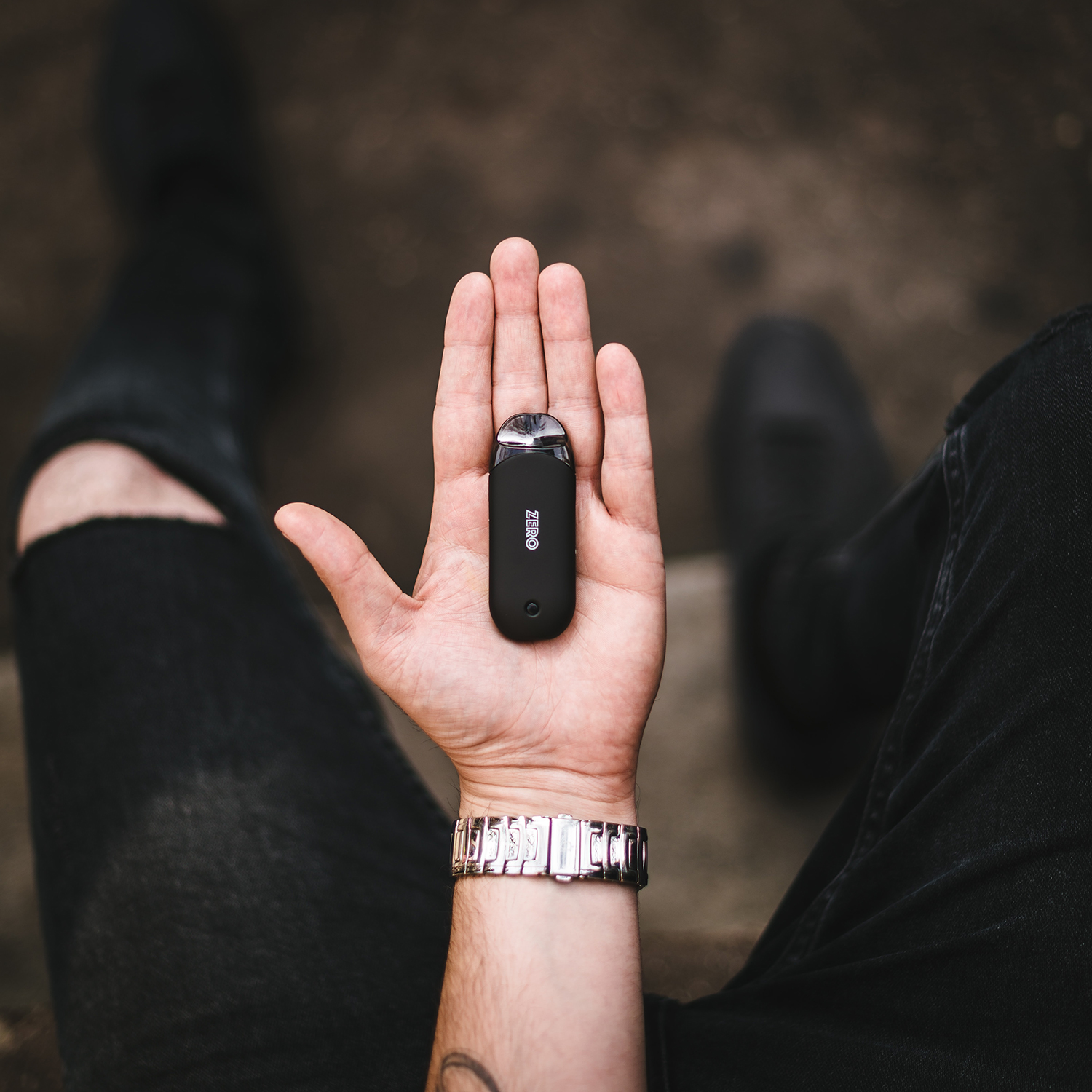 As the vaping industry began to mature, the vaping community broke off into two subsets. One subset of the vaping community considered the e-cigarette nothing more than a means to an end. For those people, vaping was solely a less risky way of using nicotine. For other vapers, though, the act of vaping – and of endlessly tinkering with the goal of making the vaping experience better and better – was a hobby and a passion. For those people, the box mod became the most fashionable vaping device.

A box mod is a box-shaped vaping device – usually around the same size as a pack of cigarettes or a deck of cards – that holds one or more high-capacity battery cells and has a large glass tank for e-liquid. Box mods are capable of producing enormous vapor clouds, and they often operate at 100 watts and higher. The act of using a box mod is so dissimilar from smoking, in fact, that box mods are almost always the wrong types of devices for people who are new to vaping.

Since a box mod produces extremely large vapor clouds, it works best with low-nicotine or menthol e-liquid. Although the nicotine strength of the e-liquid is low, the user still absorbs plenty of nicotine because the device produces such a large volume of vapor. However, a box mod doesn’t deliver the strong “throat hit” of a tobacco cigarette. For that reason, beginning vapers are usually best served by smaller vaping devices and higher-nicotine e-liquids.

As great as box mods might be for experienced vapers, they’re no longer the pinnacle of vaping fashion today because that crown has been claimed by the refillable pod system. E-cigarettes with removable and refillable plastic pods are undoubtedly the hottest devices in the vaping industry today.

Unlike the cigalikes of the past, pod systems do not resemble tobacco cigarettes at all. Since virtually all smokers are now aware that vaping exists – even if they haven’t decided to switch to vaping yet – there’s no longer a need for vaping products to provide the visual cue of a cigarette shape. Freed from that constraint, manufacturers of vaping products are free to design pod systems with a variety of shapes ranging from utilitarian rectangular devices to more whimsical devices resembling teardrops and other shapes.

With refillable pod systems, the fashion of vaping has truly come full circle. For a long time, vaping devices seemed to get bigger with each passing year. These days, though, small devices are definitely what’s in. It’s rare today, however, to find a vaping device that looks anything like a cigarette. Vaping has forged its own distinct identity, and many of the people who have switched to vaping now find that they hardly ever think about cigarettes at all.