Nature reigns in the restored Château de Vignée, a high-end boutique hotel deeply rooted the Belgian Ardennes. But not in a way you might expect. Belgian design studio WeWantMore brought the ancient estate’s wilful surroundings inside in a poetic, yet novel way. Yes, the materials, marbles, lighting and colours are Ardennes inspired, but witty taxidermy art pieces and a stream of seasonal textures as part of an evolutive branding add a sense of humour and wonder to the guest experience. The studio’s interior and brand design has transformed Château de Vignée into a lush retreat sourced by its natural surroundings and hunting heritage.

Intrigued by Chateau de Vignée’s century-long link with hunting, WeWantMore found its initial inspiration in the dramatic 18th century ‘nature morte’ paintings portraying the art of hunting in a claire-obscure manner. The idea naturally evolved into a design concept drawing from the sensorial experience of a hunter exploring the Ardennes.

“Our design process ultimately started off from a feeling that we aimed to capture in the design,” explains Ruud Belmans, Creative Director Spatial Design WeWantmore. “We imagined how it must feel for a hunter to wander the woods at 5 o’clock in the morning. The textures, the sounds, the first sunlight shimmering through the leaf canopy. A recognizable experience for hotel guests. At the same time, we respected the building and site and searched for the right balance between heritage and marvel. We wanted to make it genuinely fun for guests to be there.” 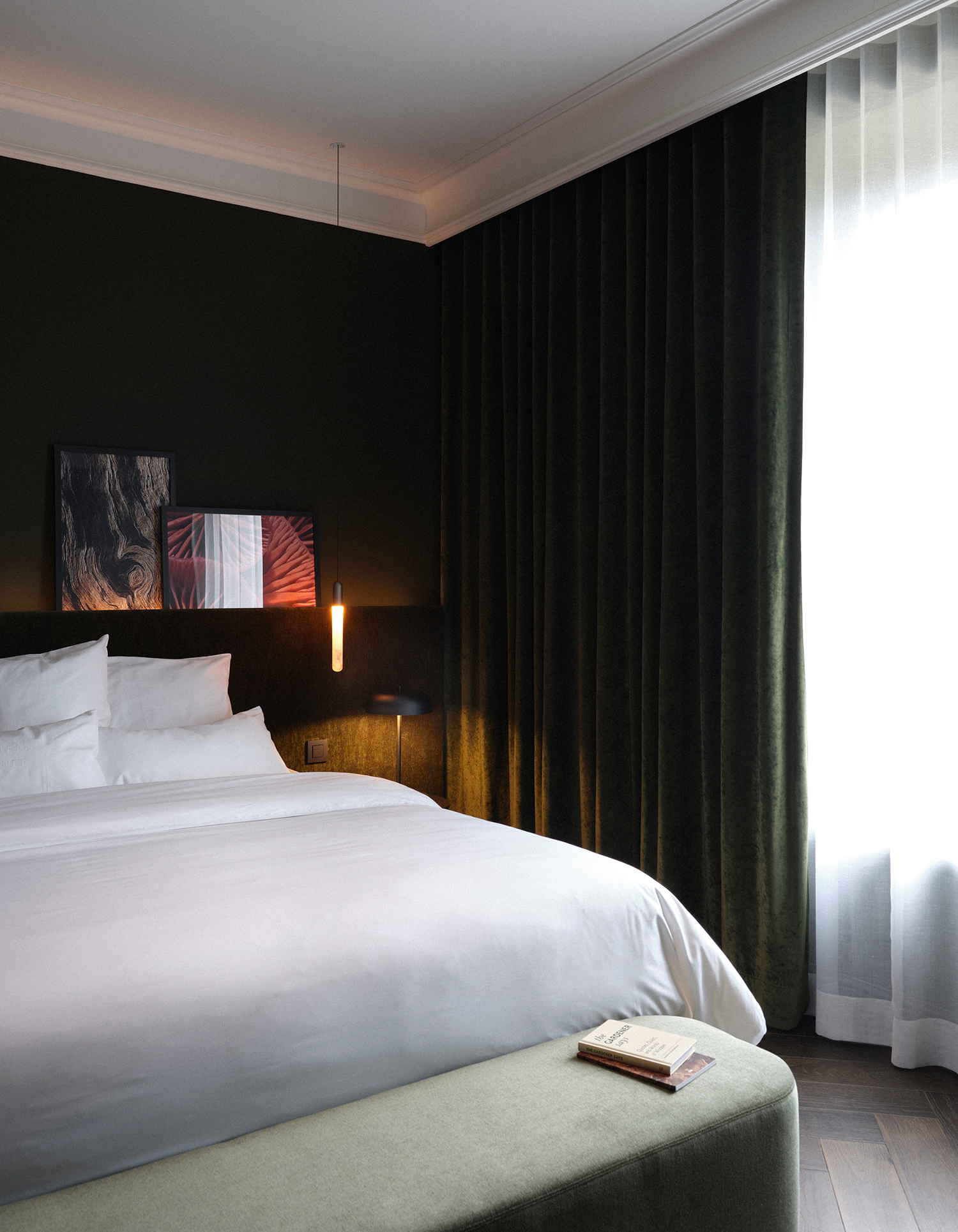 Nestled alongside the river Lesse, the boutique hotel includes 25 bespoke rooms, a bar and lounge area, a Gault & Millau listed restaurant, a private dining, two event venues and a spa. Entering the main chateau building immediately sets the tone. A seasonal faux flower installation descends from the sky in the lobby. Rays of sunlight seem to pierce through the greenery. In the bar section, a custom designed bas-relief in the backbar catches the eye. The hunting scene is carved out of Ardennes sourced Blue Stone. WeWantMore opted for native marbles and natural stones like Rouge Belge and Gris d’Ardenne throughout the entire project to add to the main design concept. The tailor-made terrazzo flooring in the lobby is entirely composed out of marble fragments of the former hotel rooms. The hunter’s journey continues in the lounge, where the custom designed lighting branches out across the ceiling conjuring the same early morning, gloomy forest atmosphere. The interior design of the rooms echoes the fluid beauty of the Ardennes region. Expressive and flamboyant on occasion, but equally pure and tranquil at other points in time. 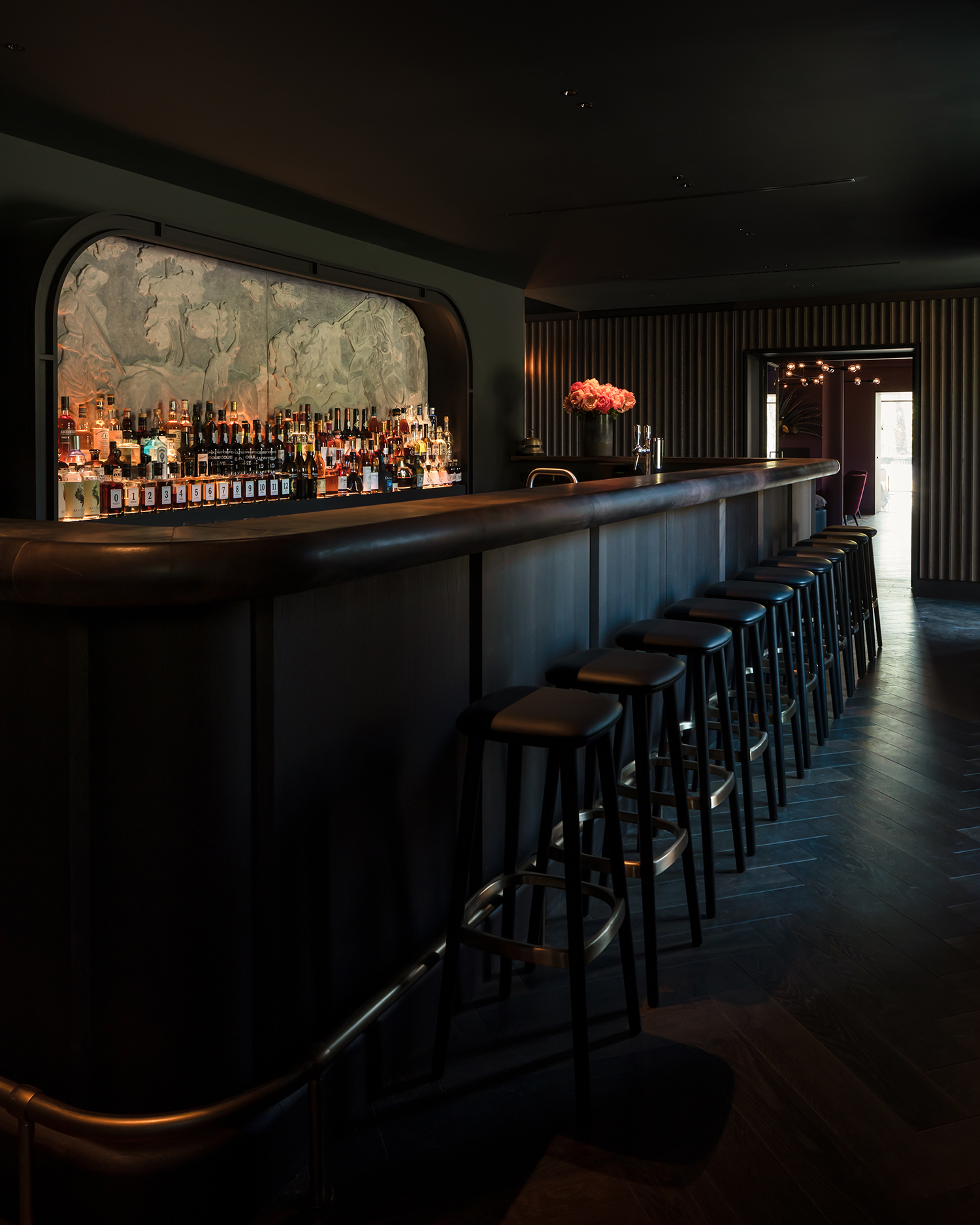 To appeal to both the modern-day traveler with high-end design needs as the more conventional existing clientele of the estate, the Antwerp based design studio interpreted classic hunting and nature elements in a novel way. In the lounge, traditional taxidermy pieces made room for morbid, yet humoristic art objects created by Dutch design duo Les Deux Garçons. Beware of the silverware in the private dining. The magpie’s fascination for all things shiny resulted in an unusual wall unit. In Arden, the hotel’s restaurant, a couple of beavers are undisturbedly feasting on the wood of the curiosity closet. The kitchen is run by Kwinten Boelen, Gault & Millau debutant and vegetable devotee. He serves up a terroir driven cuisine partly plucked from the chateau’s greenhouse and vegetable garden. Arden pairs its dishes with an extensive selection of wines kept in the underground, circular wine cellar below the chateau’s courtyard. 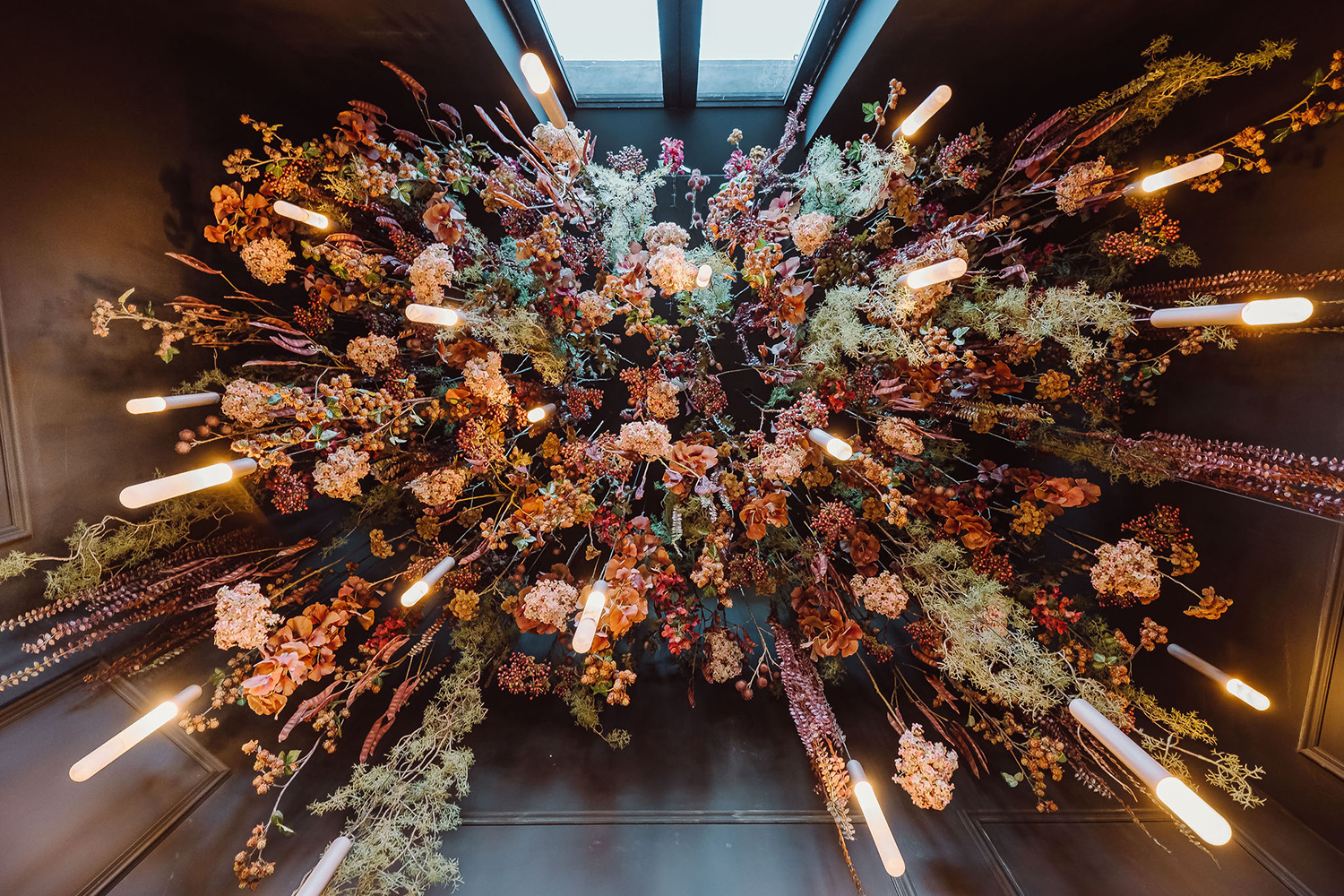 “A hunter’s hotel like Château de Vignée just calls for taxidermy sculptures to be integrated in the interior,” explains Les Deux Garçons. “WeWantMore could have just selected some random hunting trophies, but for creative minds like them and us that doesn’t cut it. That’s why we immediately saw eye to eye with the design team and collaborated with them so effortlessly on the art object composed of five pheasants. It looks stunning. We hope it genuinely excites and inspires the guests during their stay.” 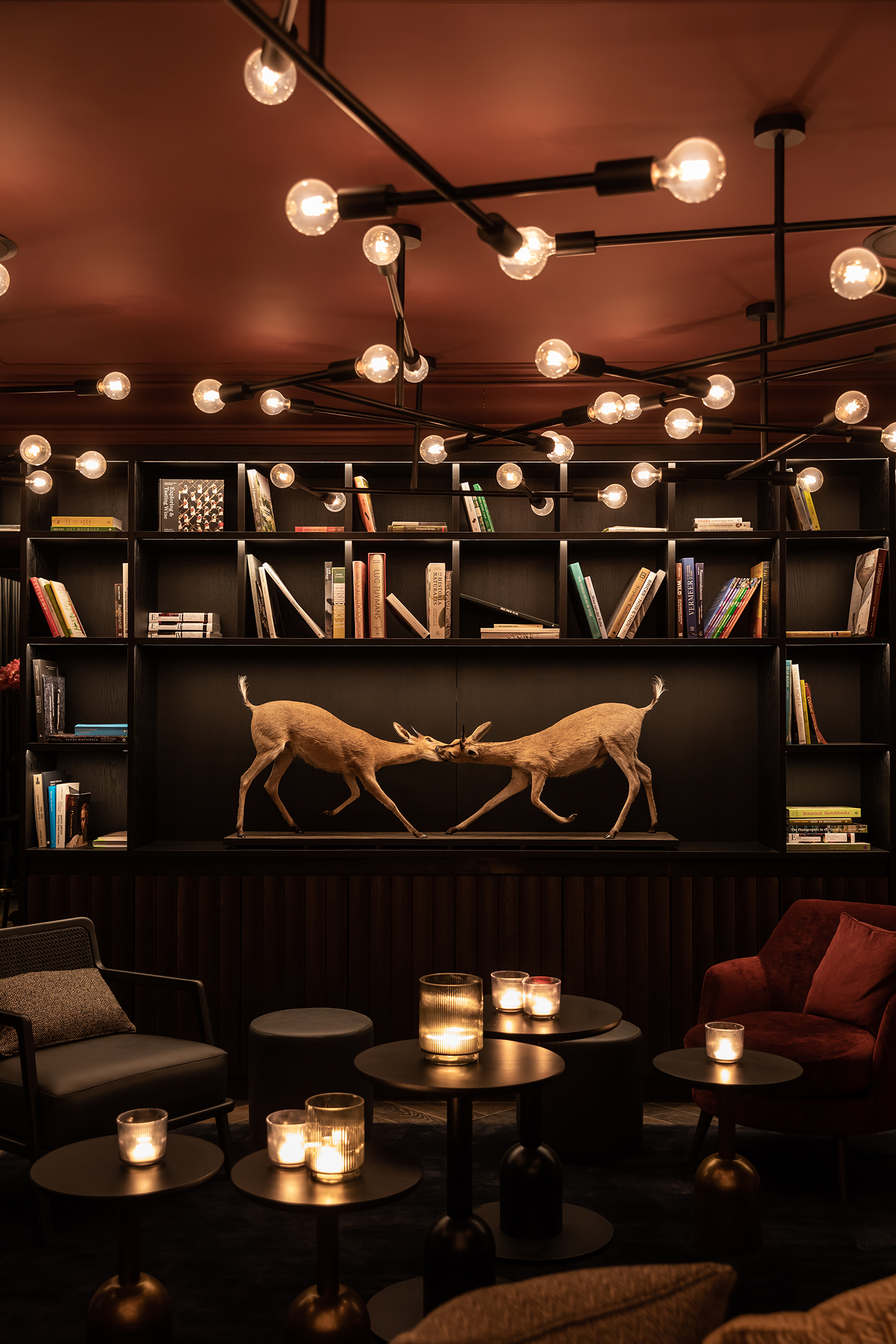 The visual identity draws from the same hunting narrative, but focusses on the signature beauty of the Ardennes from up close. The graphical and textual elements are reduced to a bare minimum allowing for nature to reign in the close-up, detailed photography of elements like moss and fungi. But every season trees grow, rivers swell and dry out, animals arrive and migrate, … and with them the textures, graphical patterns and colour palette evolve. So WeWantMore created an evolutive branding following nature’s rhythm. It changes every season to align with the guest experience. 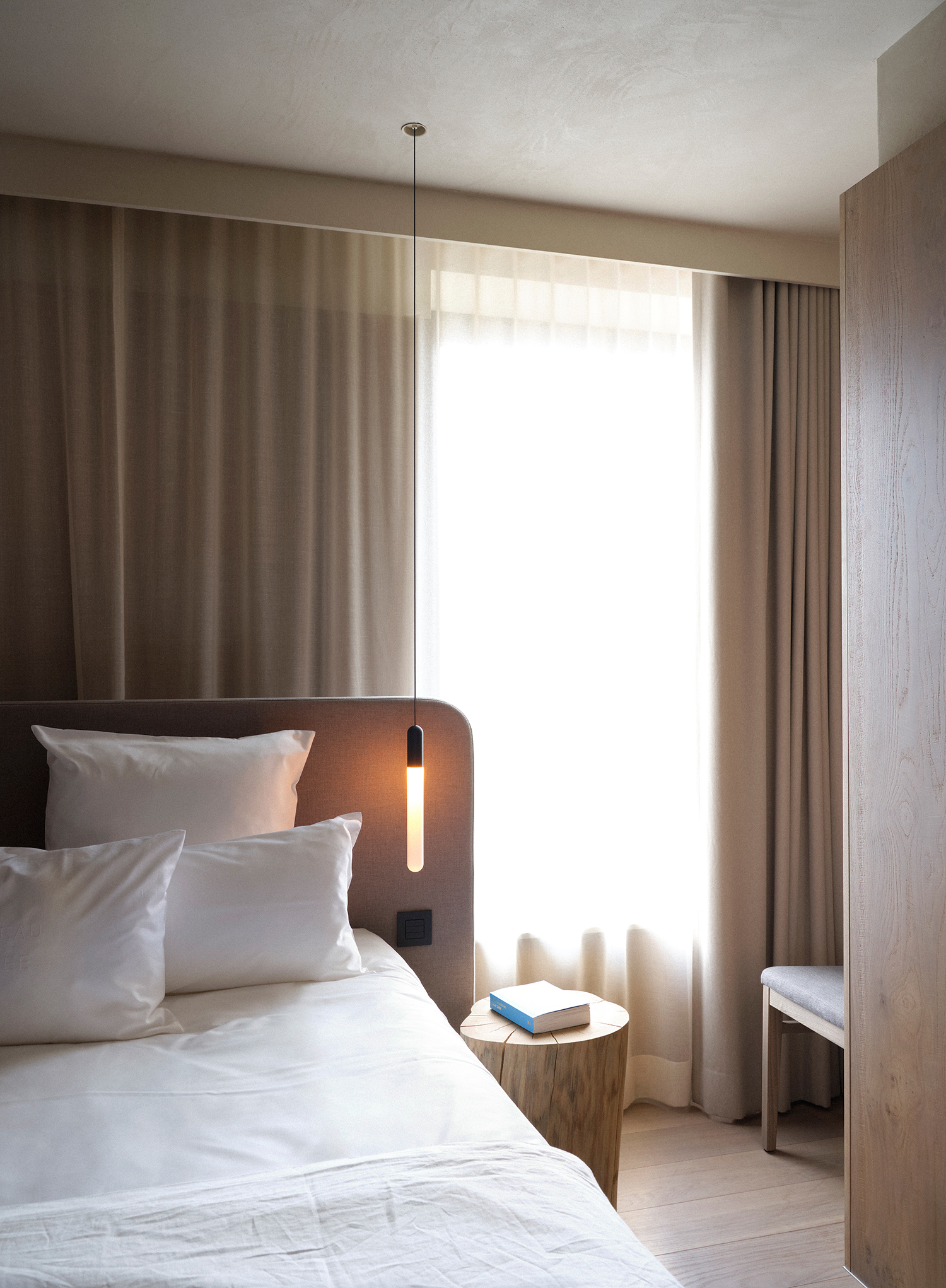 To illustrate the design and project even further, the Antwerp based design studio collaborated with director Bjorn Tagemose and production company Shoottheartist to create a short fictional film called ‘The Dream’. Similar to an actual movie trailer, it’s aimed to offer a teaser of what the project is about, The Belgian-Swedish director elaborated on the studio’s design concept and developed a brief, yet captivating storyline with upcoming Belgian actress Sophie Marechal and American actor James Crittenden in leading roles. 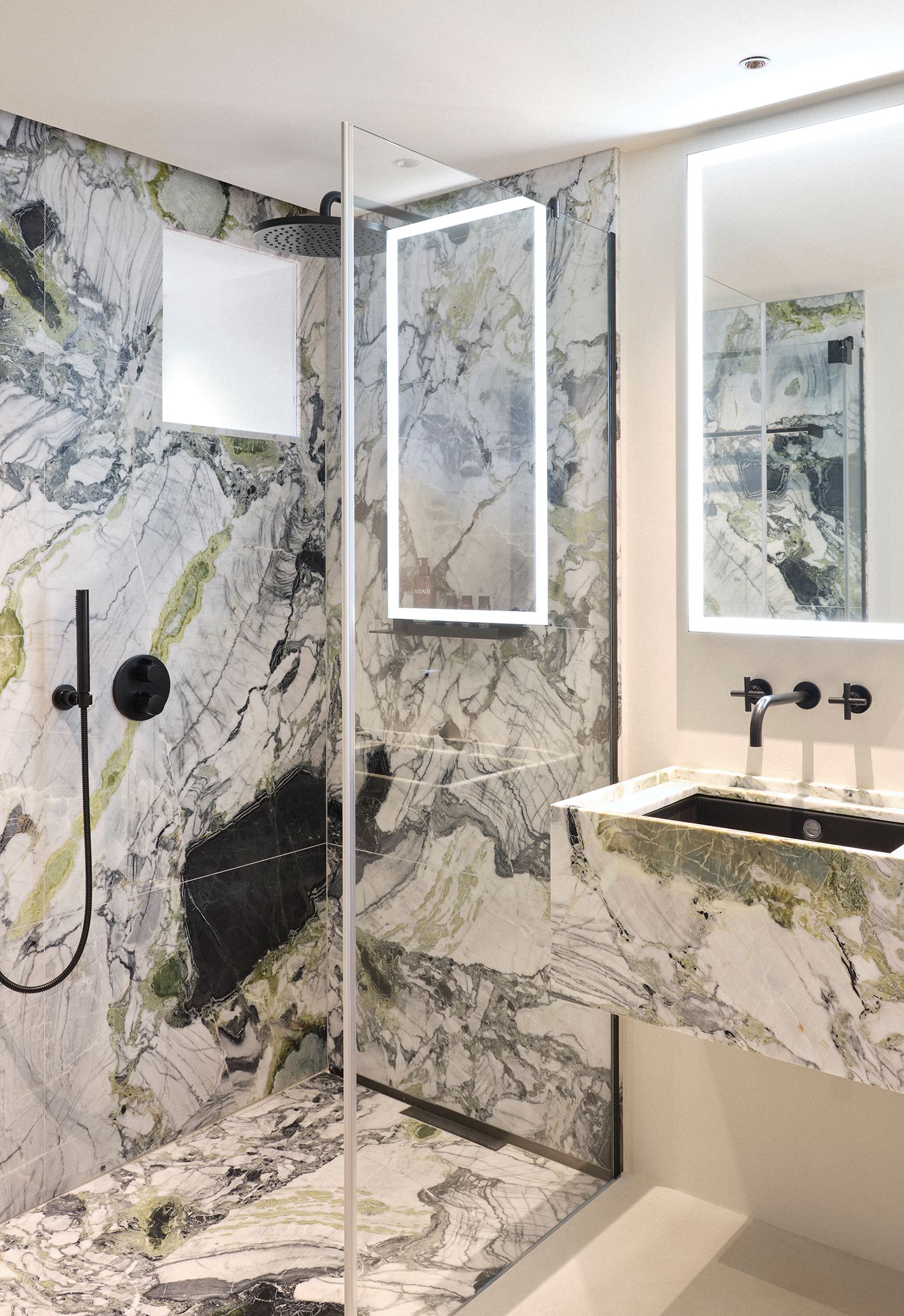 “Capturing the feeling that Château de Vignée embodies in photography was a challenge,” said Ruud Belmans, Creative Director Spatial Design WeWantmore. “A film on the other hand, has a greater ability to draw people in. Tagemose’s trailer triggers the same feeling we set out to evoke with the design of the project. The element of fiction pulls you in and allows you to experience Château de Vignée on an emotional level for a brief moment.”