Schemata Architects has completed the renovation of a traditional sento, or public bathhouse in Tokyo. Named Koganeyu after the after the famous Koganeyu Onsen baths in Sapporo, the project involved refurbishing a public bathhouse that was originally built in 1985.

Japanese public bathhouses have been a long-time favorite communal gathering place where people feel a sense of connection to their communities. Now that 95% of households in Japan own private bathrooms, many sento have been forced to close due to a shrinking customer base, even though there are a certain number of long-time fans. In such a situation, Koganeyu boldly decided to renovate the existing bathhouse and ventured into a new era, and Schemata Architects were commissioned to undertake the renovation. 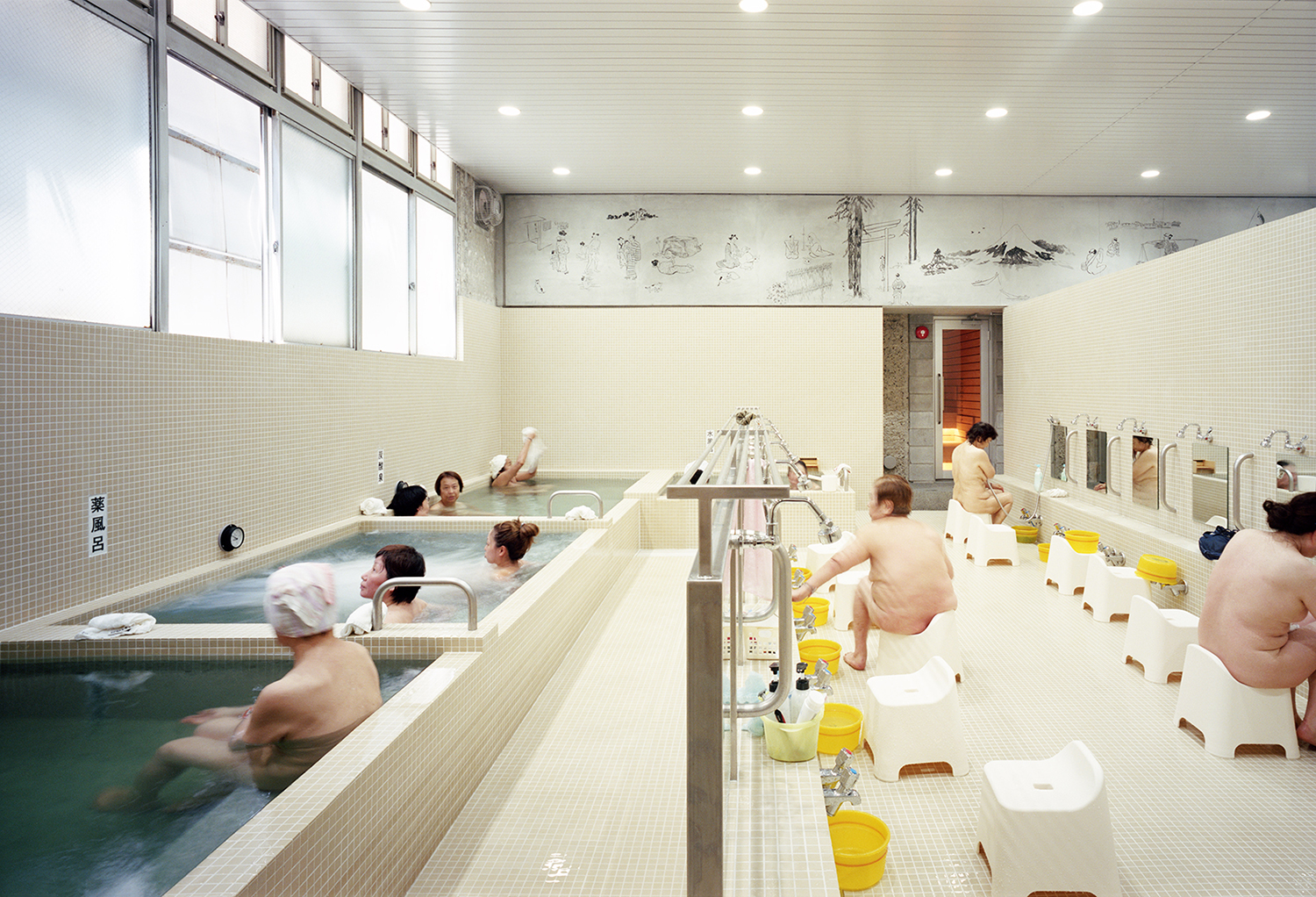 Aiming to maintain Koganeyu’s role in connecting people, Schemata Architects decided to preserve the old size of the bath areas, while transforming the remaining space into a gathering place for the younger customers. The previously unused space that was limited to housing the boiler room, storage, and the machine room, now features newly added functions such as a beer bar, a sauna, and an air bath. 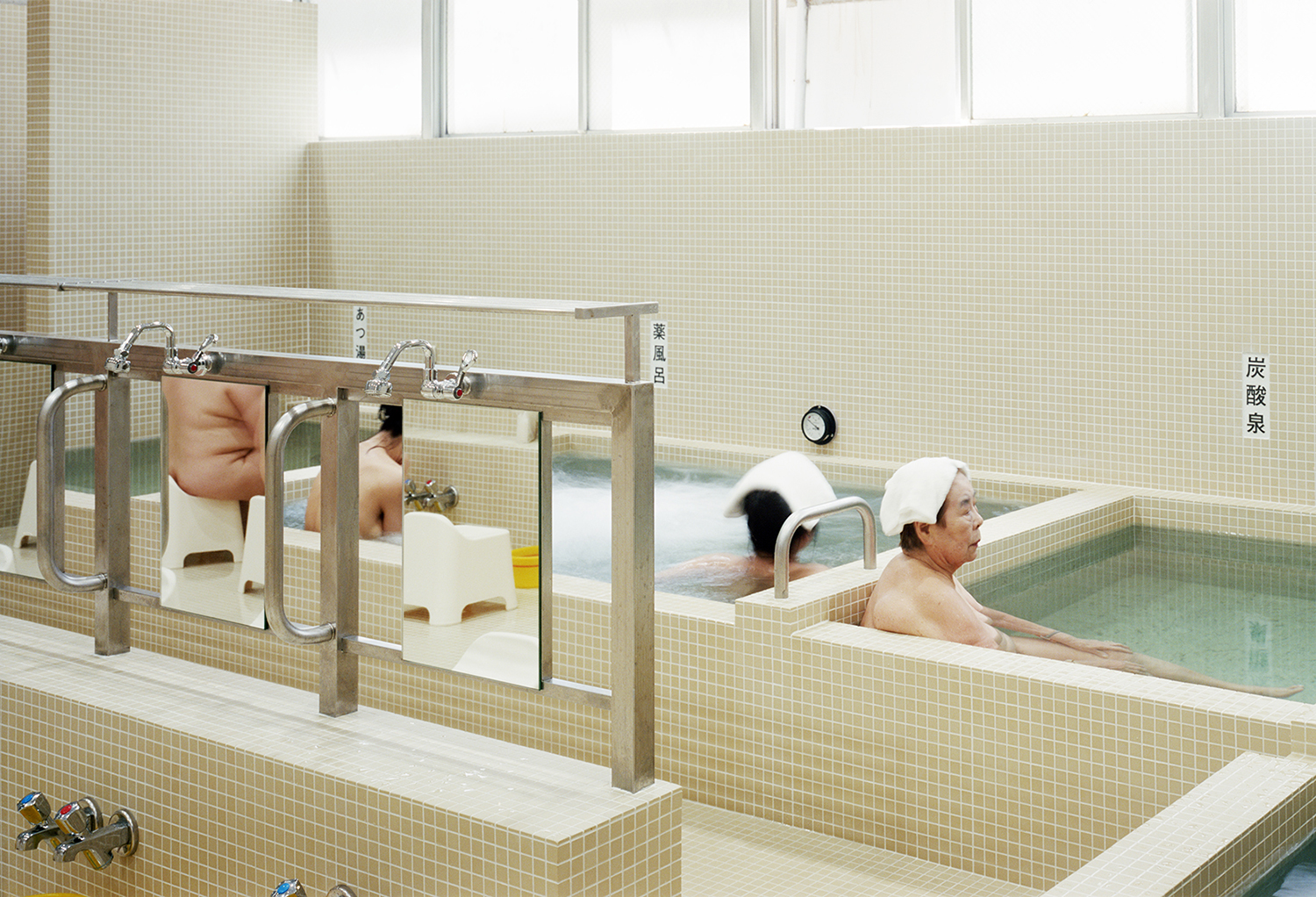 In terms of design, Schemata paid attention to the separating wall between men’s and women’s bath areas, which does not reach the ceiling and leaves an opening between the top of the wall and the ceiling. This is actually one of the most common characteristics one would see in sento all over Japan. Needless to say, it would be structurally more stable and easier to build a separating wall that reaches the ceiling. But why do they still want to keep it open at the top? Perhaps because it is convenient for families––male family members and female family members can call out to each other to check if they are ready to get out. Or, perhaps because they want to feel each other’s presence on the other side of the wall. It’s hard to say. 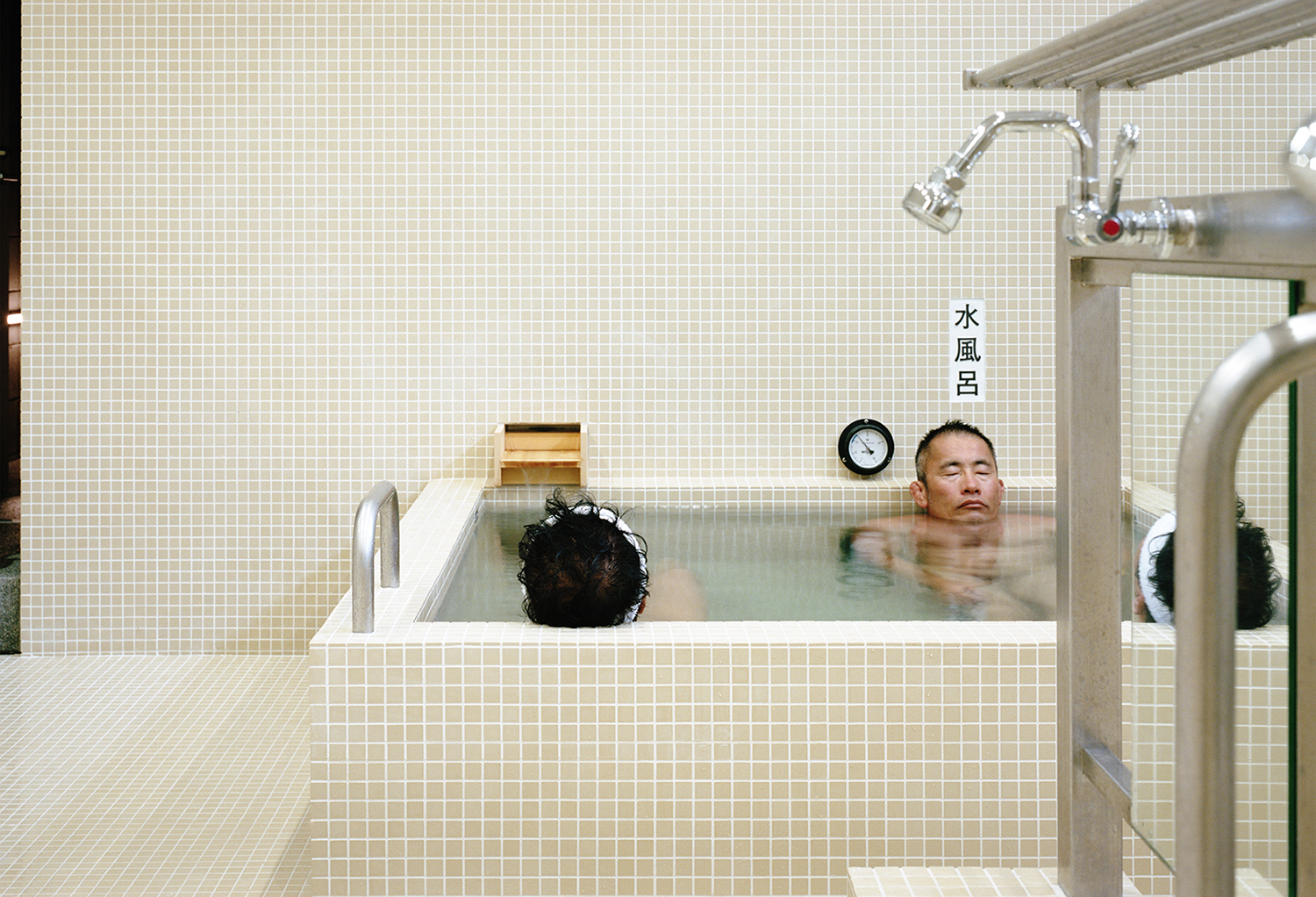 To begin with, the studio decided to use the wall height line at 2250mm above floor level as a reference axis for their design and placed different materials above and below the axis. Specifically, components below the 2250mm-line are made of materials in light beige representing the human body, and components above the 2250mm-line are made of concrete and other materials that harmonize with the exposed structural frames. Furthermore, the architects asked artists Yoriko Hoshi and Iichiro Tanaka to create art works that transcend boundaries between males and females under the theme “sending one’s heart to someone.” 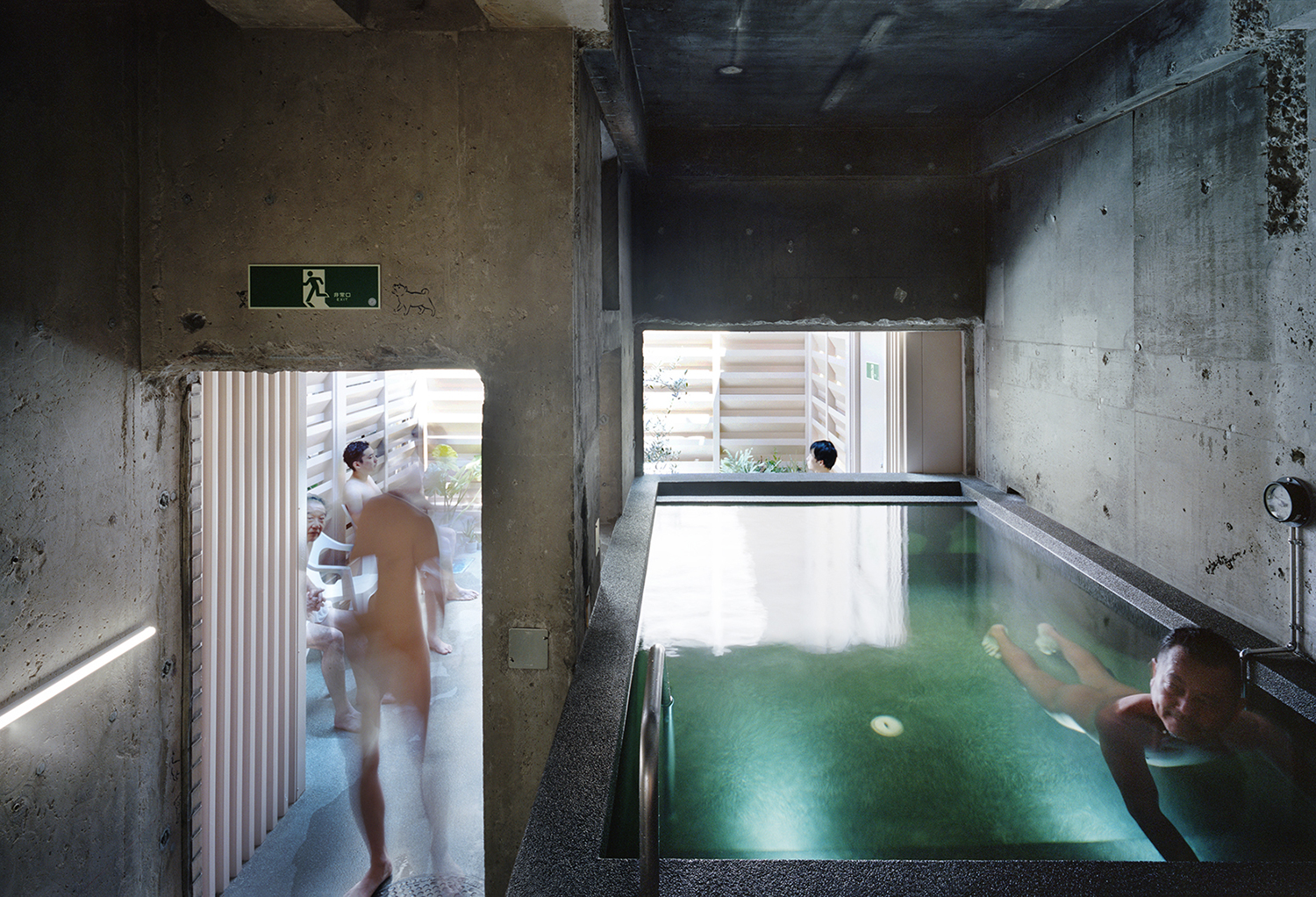 “We asked Yoriko Hoshi to paint a mural of Mount Fuji spanning the entire width of both bath areas, which is another traditional element of Japanese sento,” explains project architect Kotaro Shimada. The artist painted various scenes of a story transcending boundaries between males and females, set against a backdrop of Mount Fuji in the style of a picture scroll. The mural cannot be seen in its entirety from the men’s and women’s bath areas. 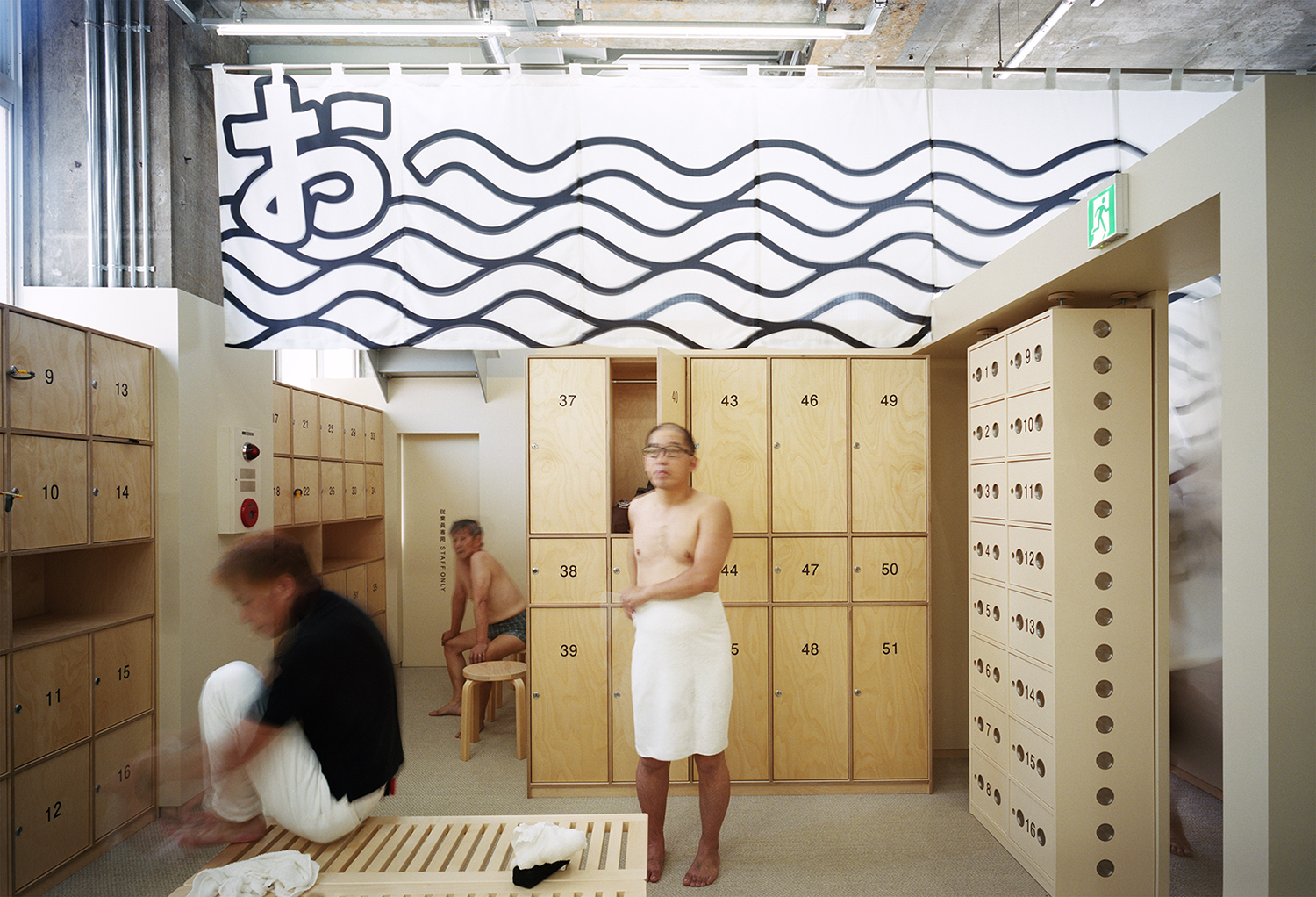 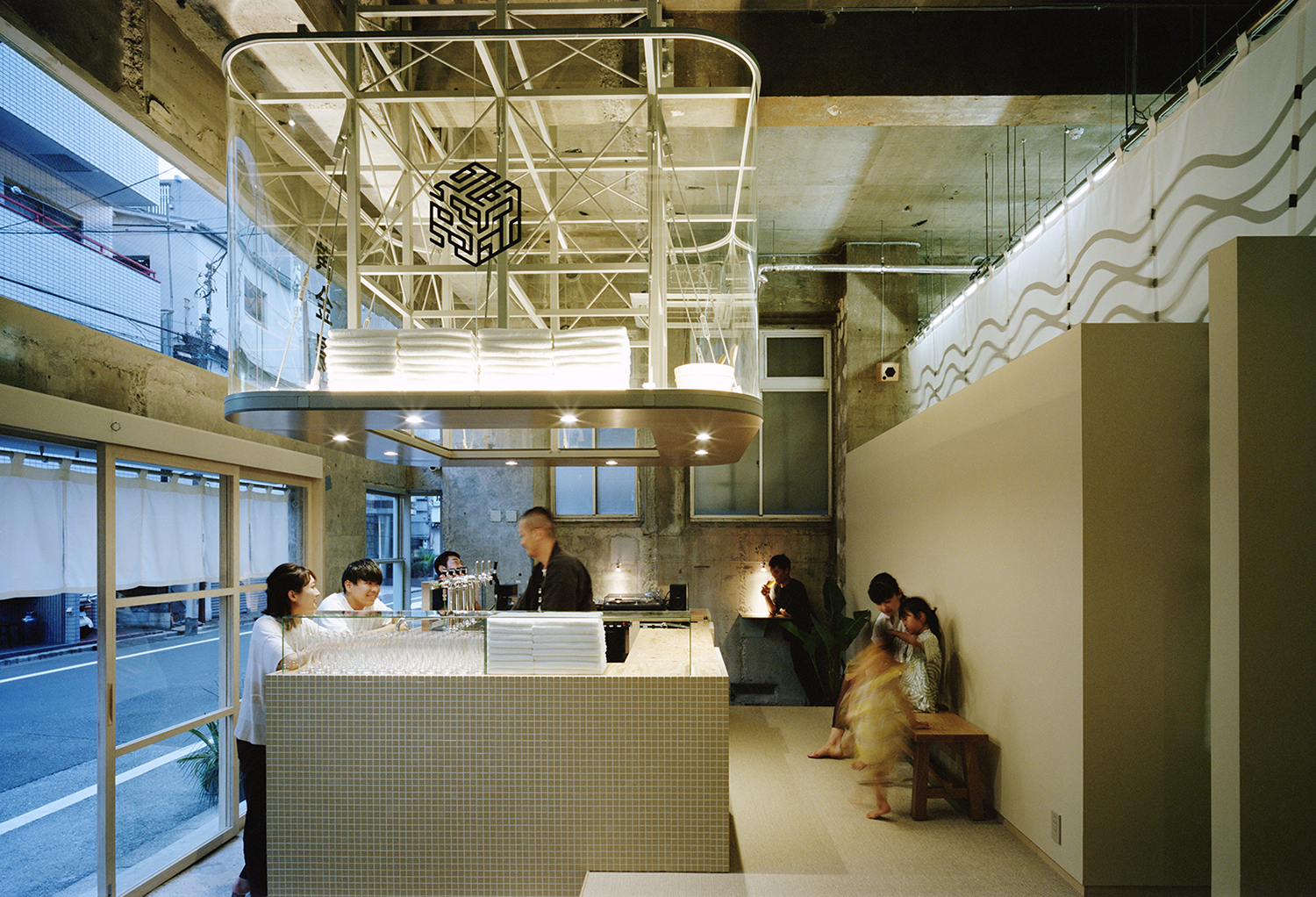 The wall disappears at the bandai (reception counter) area, where the top of the light beige-colored area is lowered from 2250mm to 1150mm above floor level to align with the countertop. A beer bar is installed there as a place for men and women to enjoy good conversations under a glass lantern. “We hope that its soft glow will illuminate customers’ little luxury moments and enhance warm-hearted connections in the community,” concludes the studio. 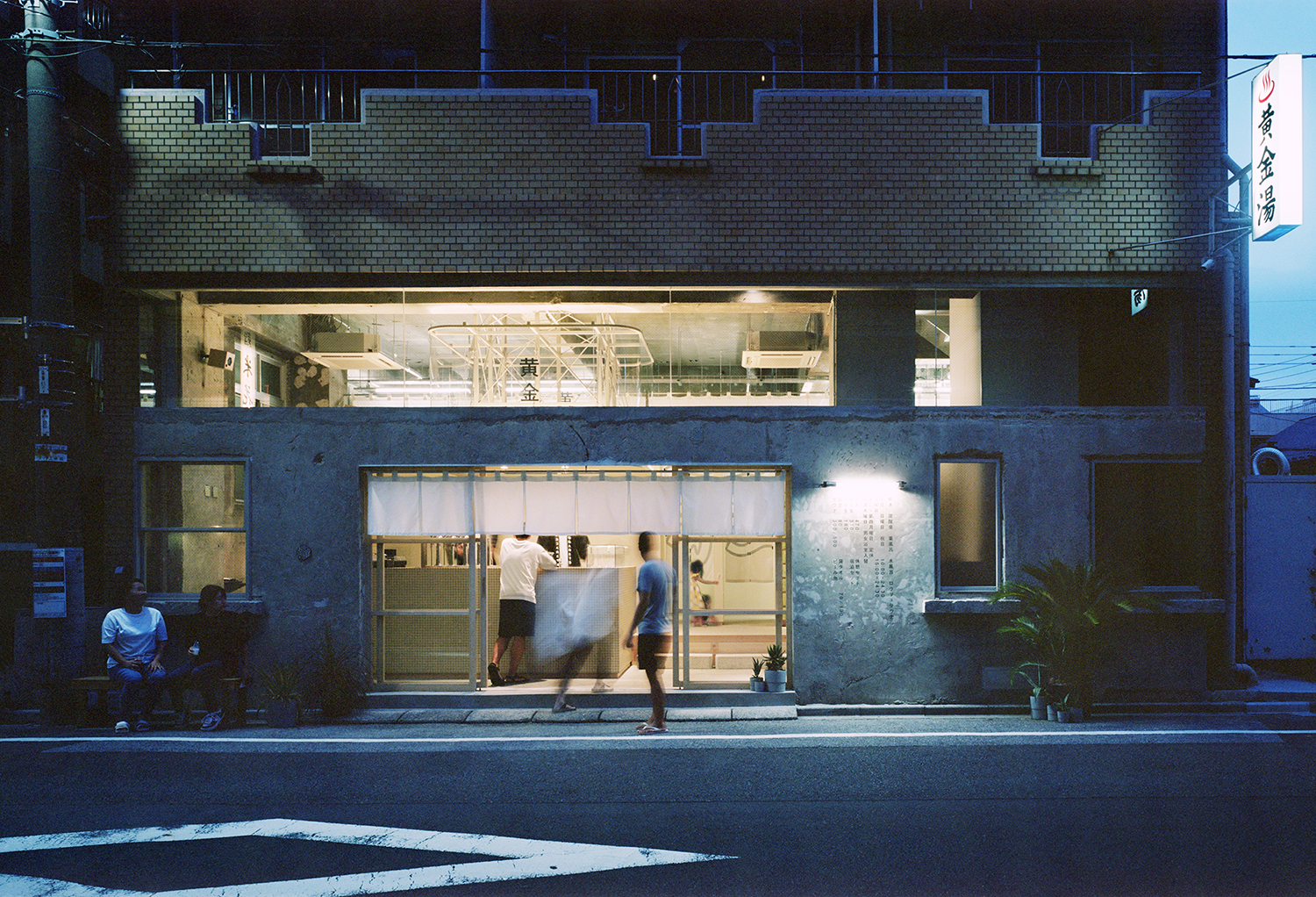