New York studio Snarkitecture has recently completed the design for 3110NZ by LDH Kitchen, a new cultural destination in Tokyo that offers a unique dining experience within an art gallery. By day, 3110NZ operates as an outpost of Nanzuka, one of Tokyko’s leading contemporary art galleries run by Shinji Nanzuka, while by night, the space transforms into a highly regarded omakase restaurant by Takashi Saito of Sushi Saito, recipient of three Michelin stars. 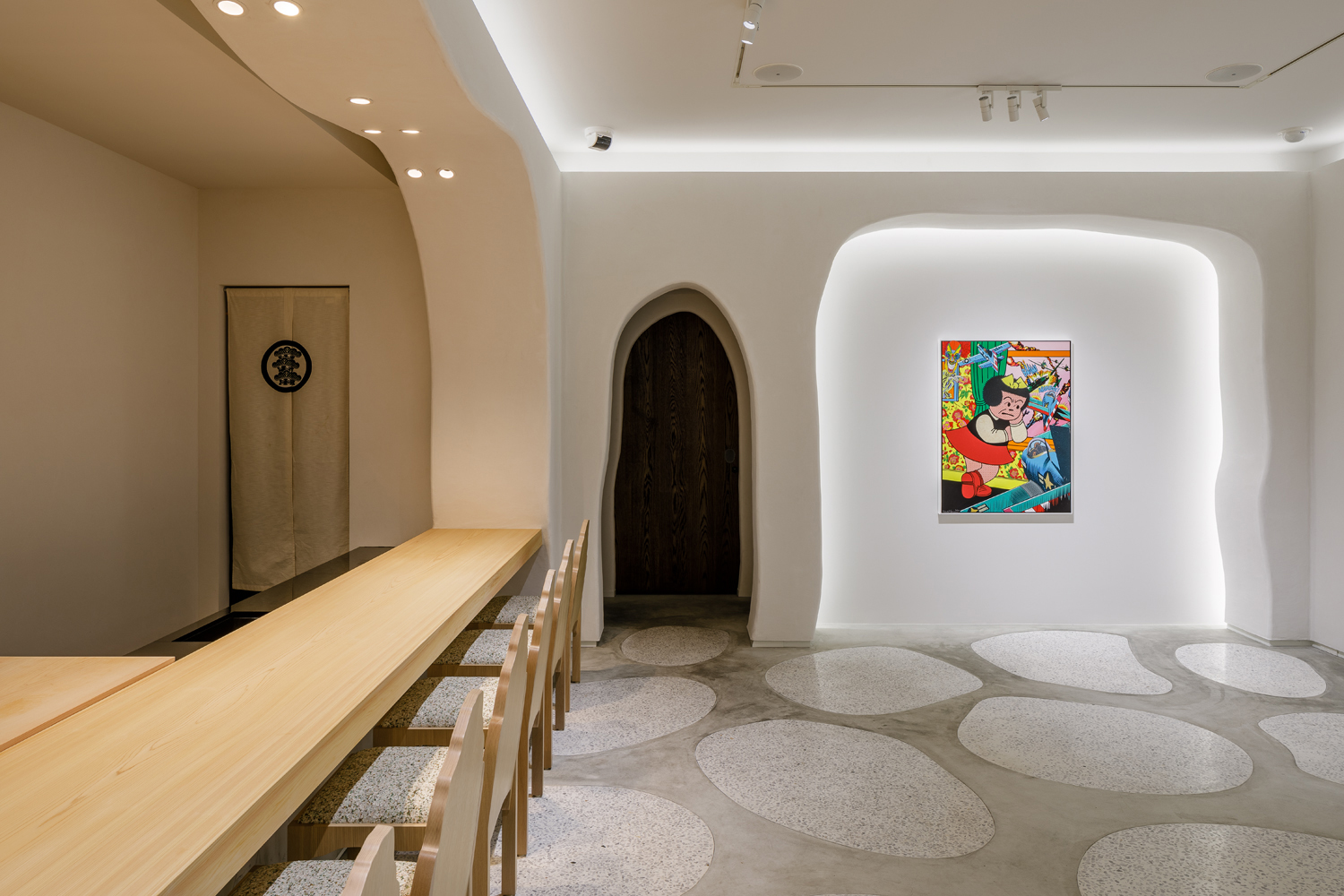 Given the project’s location in the quiet residential neighborhood of Nakameguro, our aim was to create a discreet exterior respectful of the surroundings, while invoking curiosity about the experience within. The design for the 3110NZ facade emerged from a concept that inserted a solid volume into the corner location, out of which the exterior openings and interior spaces were excavated. This direction inspired the form of the custom oak front door and backlit portholes, which appear to have been carved from the hand-troweled cementitious facade. 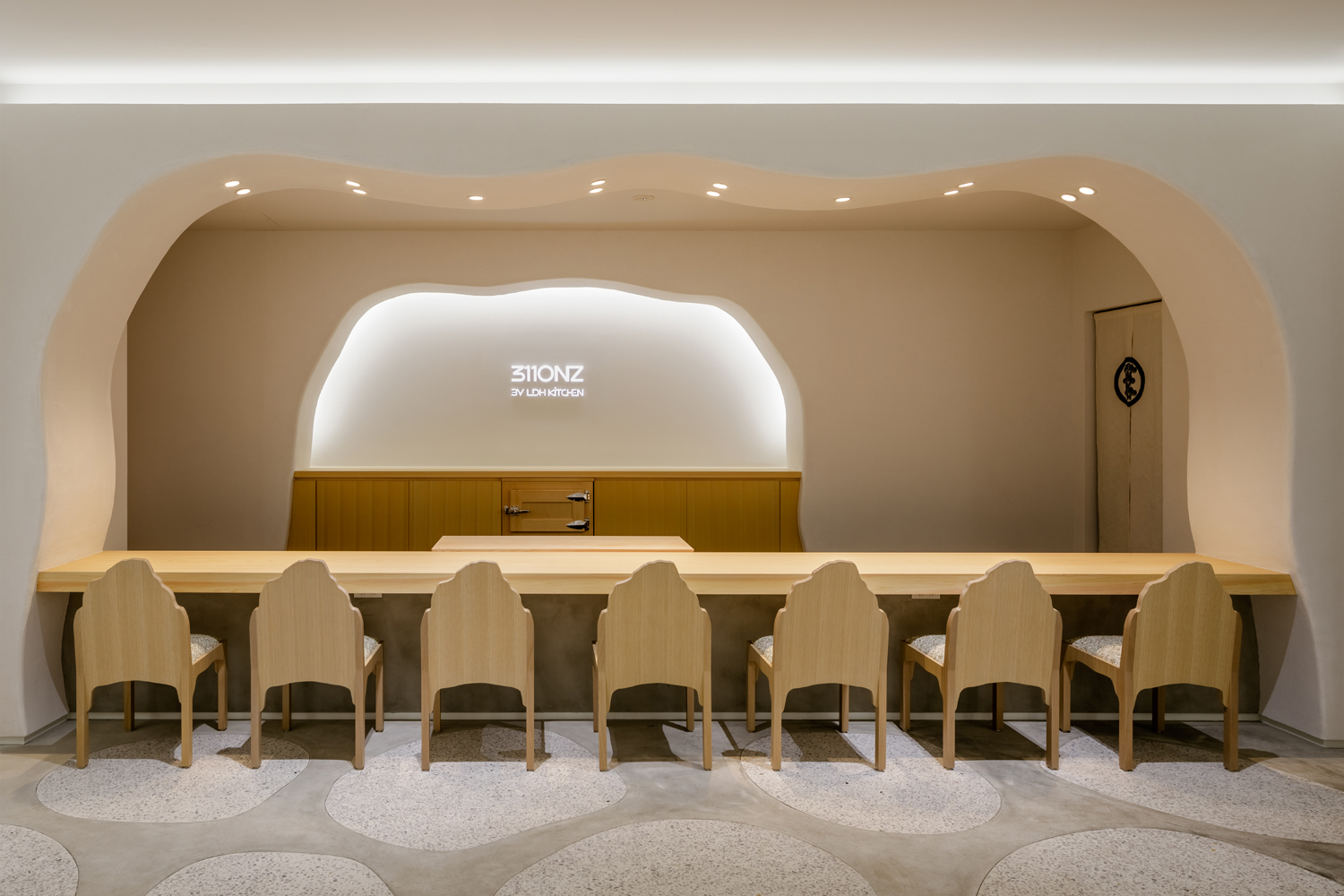 Inside the space, the excavated forms on the exterior are applied to the dining area and gallery walls, with the niches in the latter providing a series of illuminated caverns to display works of art. Overhead, a stretched scrim washes a uniform glow over the space and imbues a sense of calm. 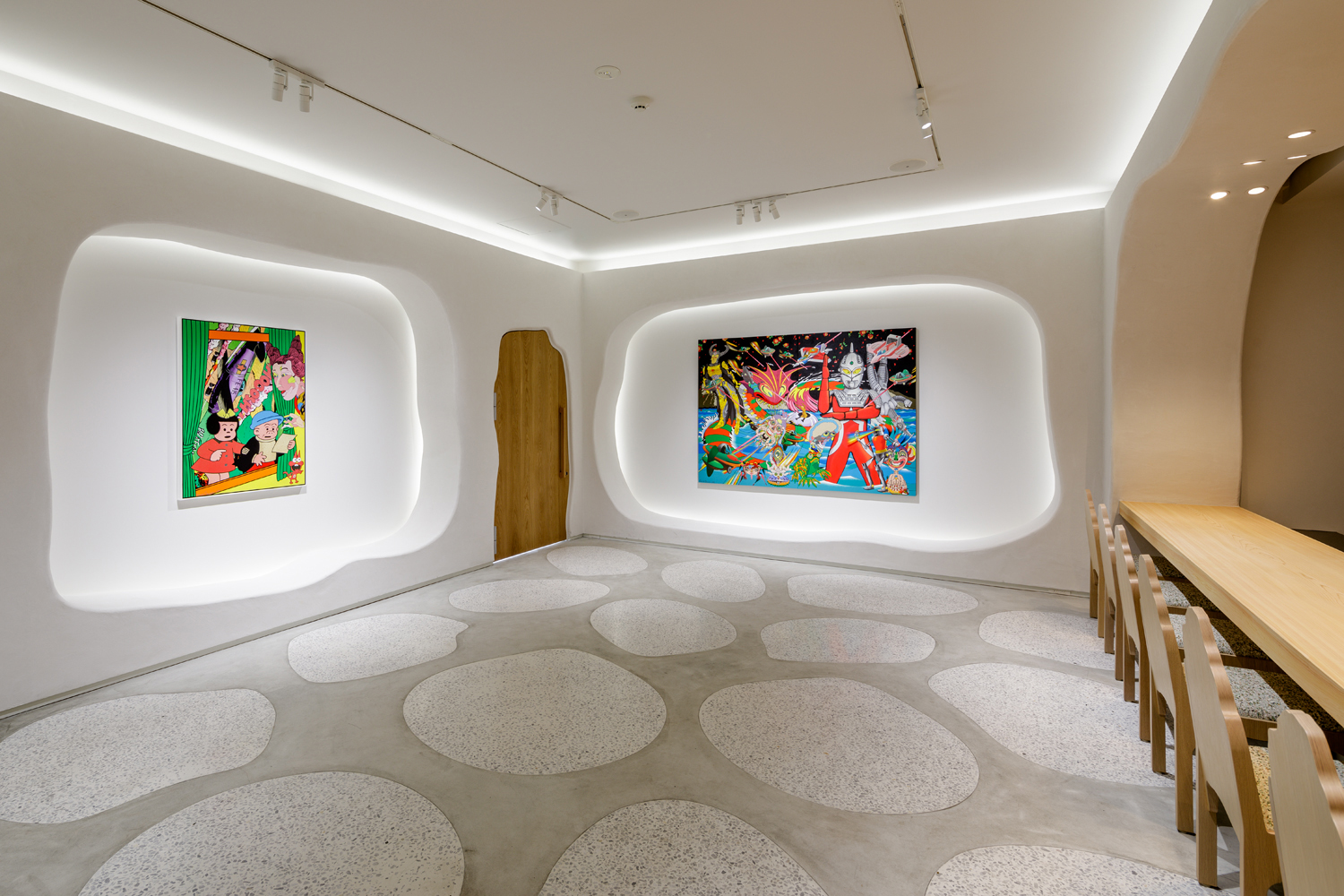 In addition to the custom oak dining chairs that echo the language of the space, the dining area is designed around a large slab of Hinoki wood, a sacred species with a soft lemon scent used in sashimi preparation. Meanwhile, the flooring throughout 3110NZ was inspired by stepping stone arrangements often found in Japanese rock gardens. Large pebbles formed of terrazzo are surrounded by a concrete infill, encouraging visitors to feel grounded while viewing artworks. 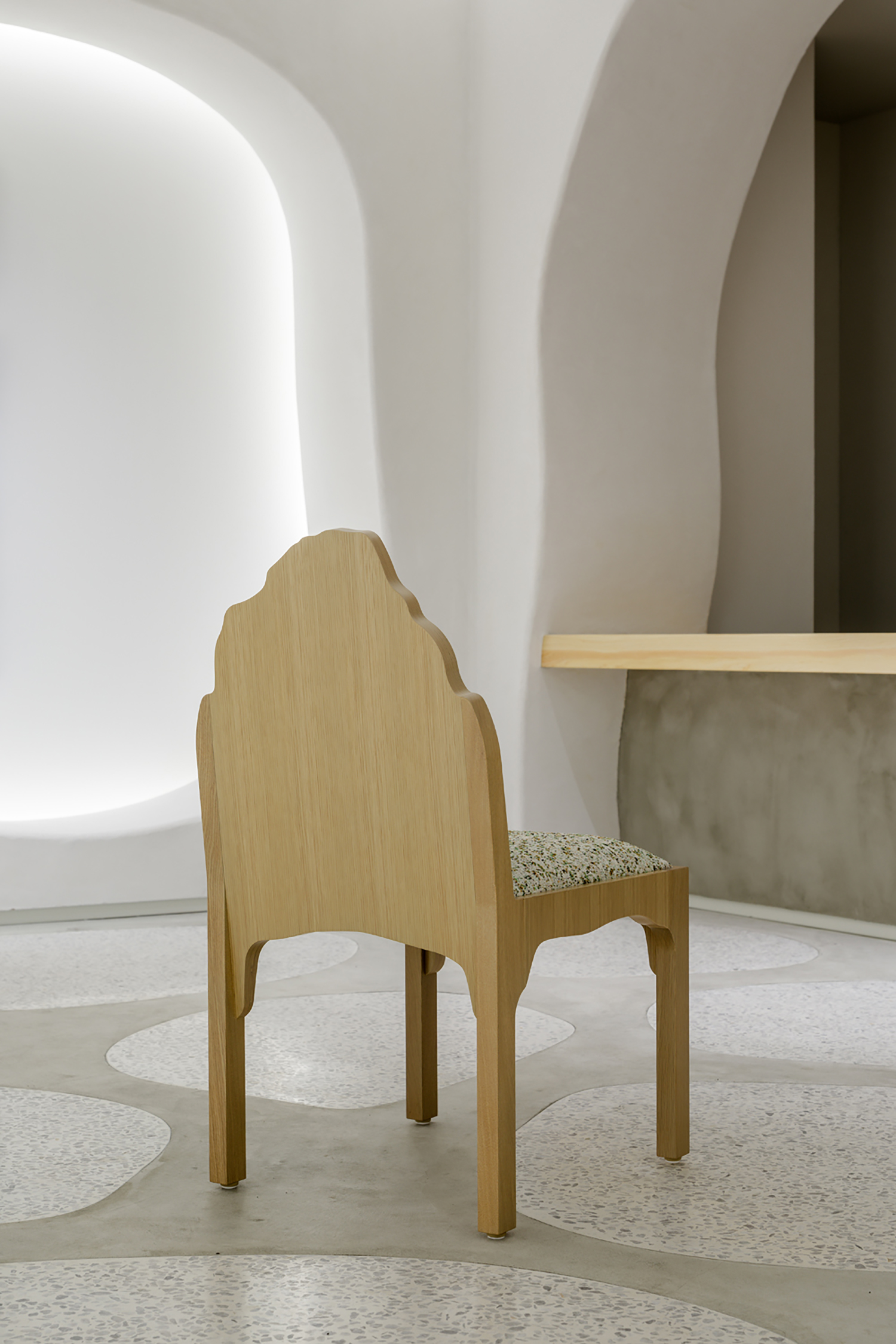 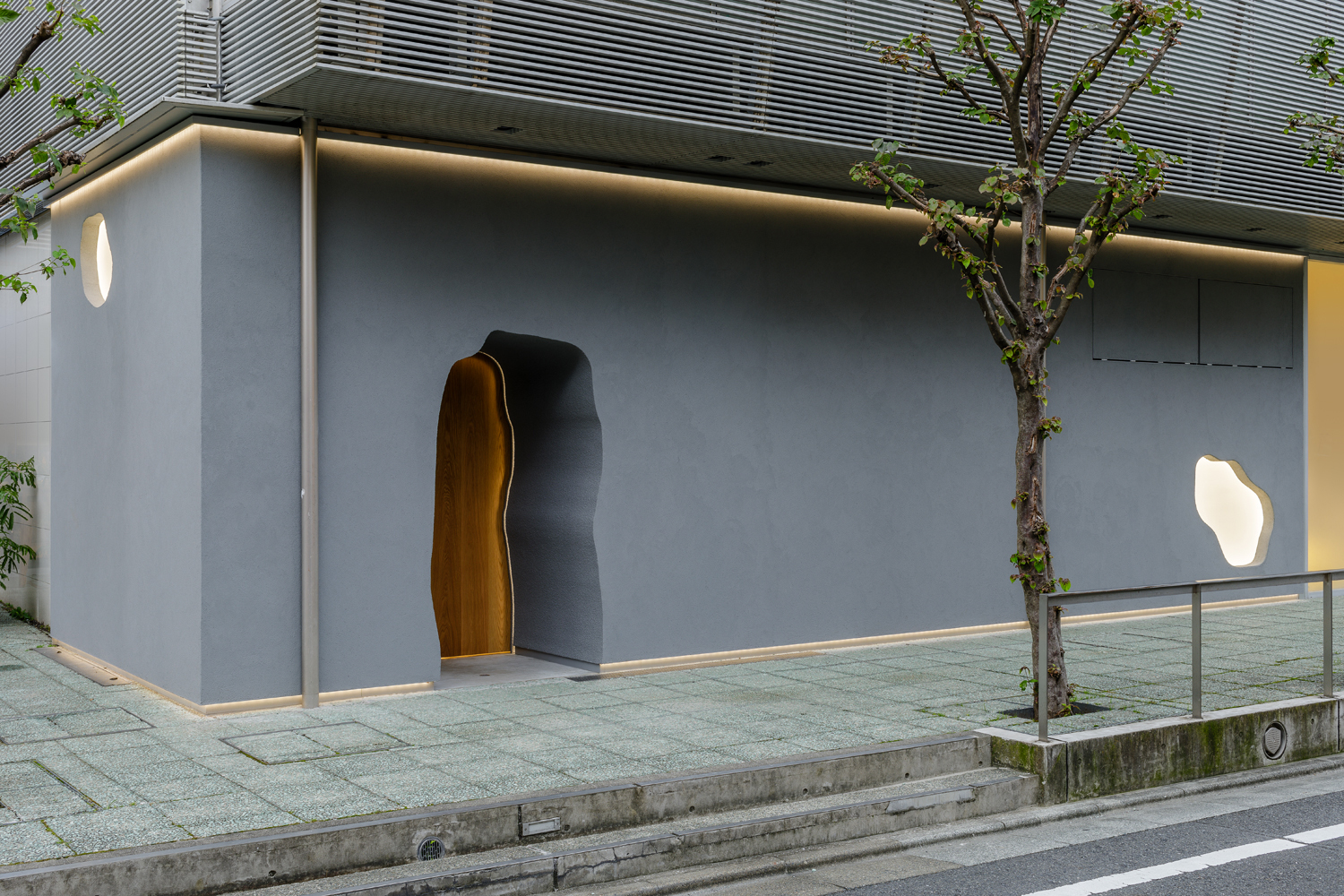 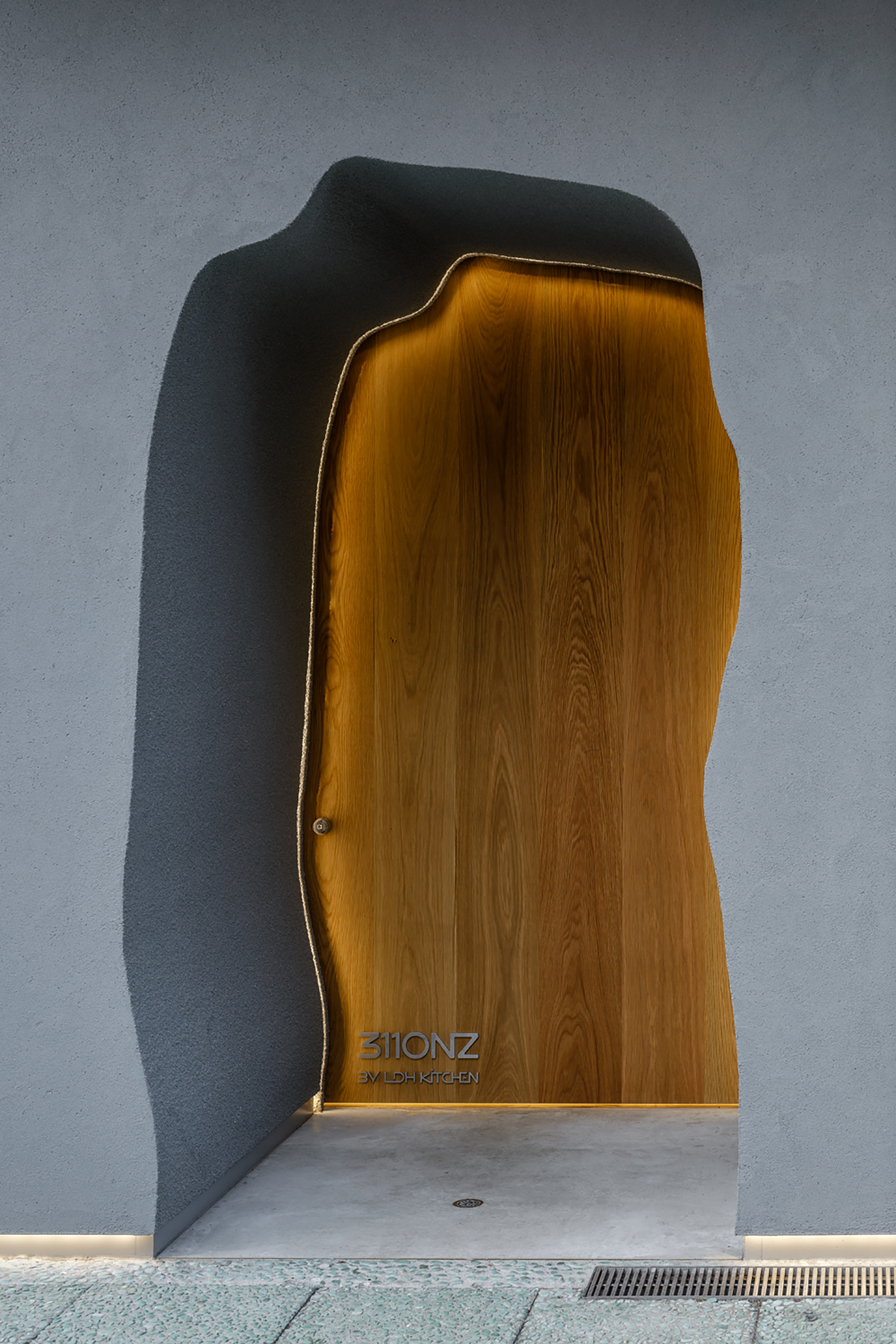 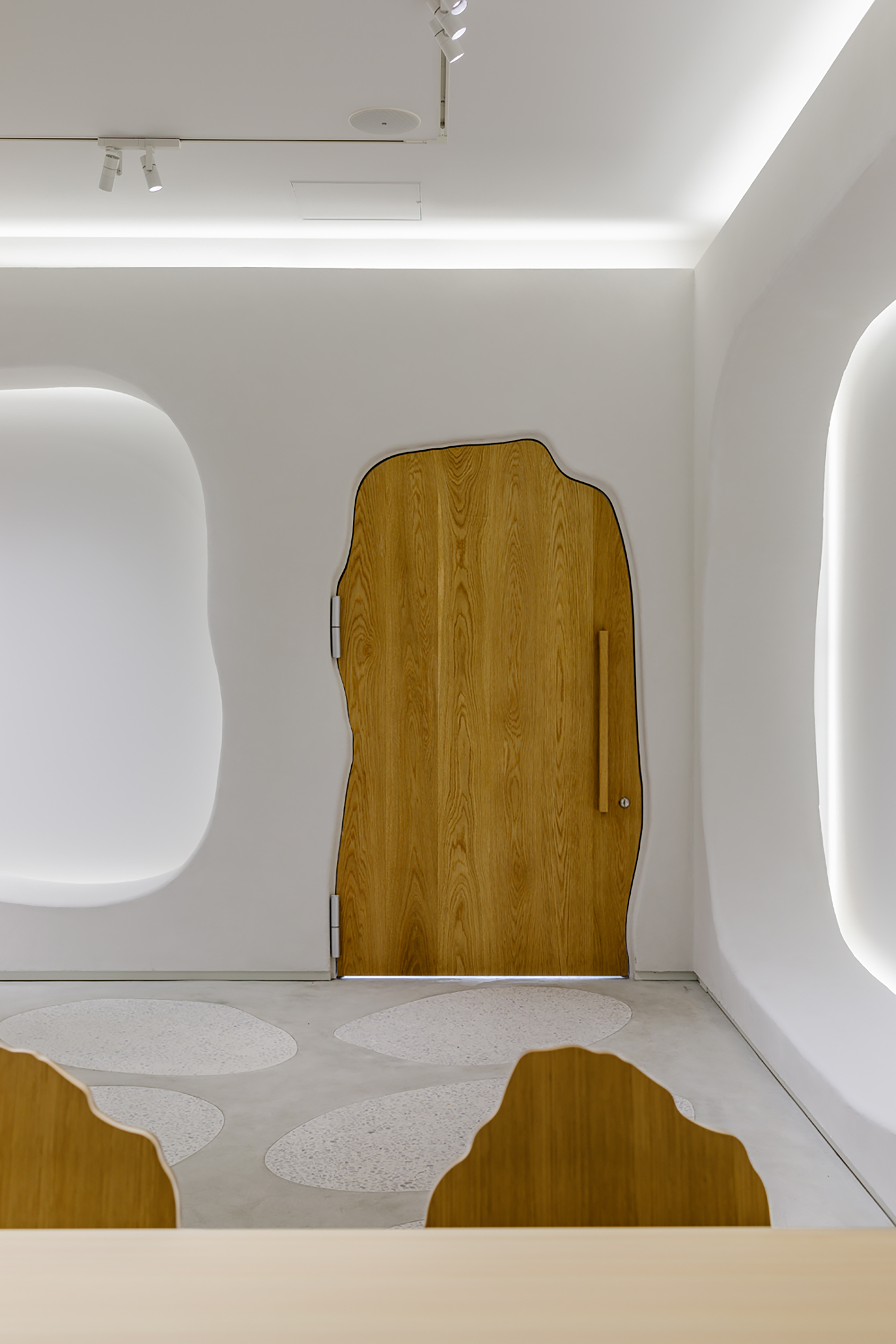 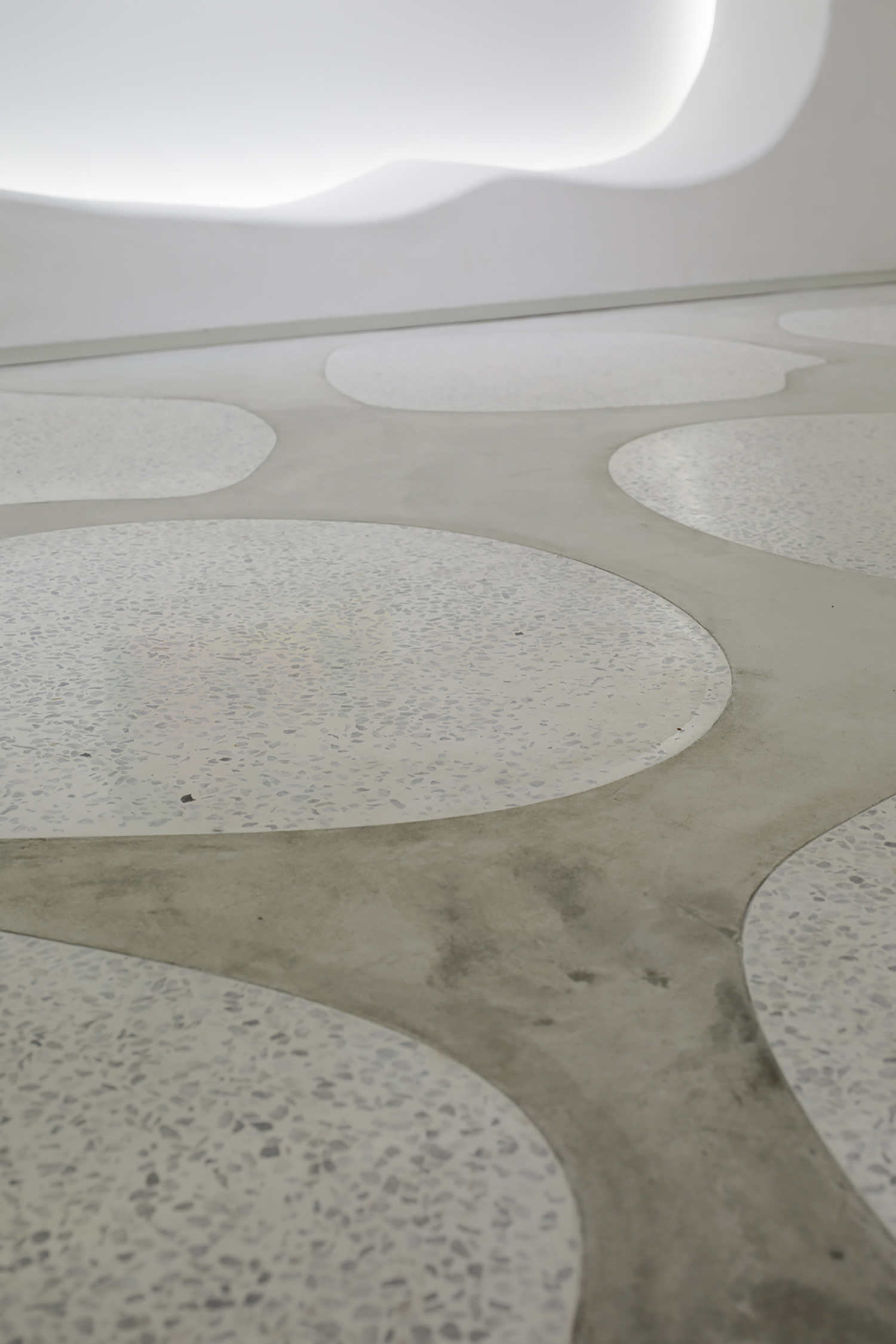 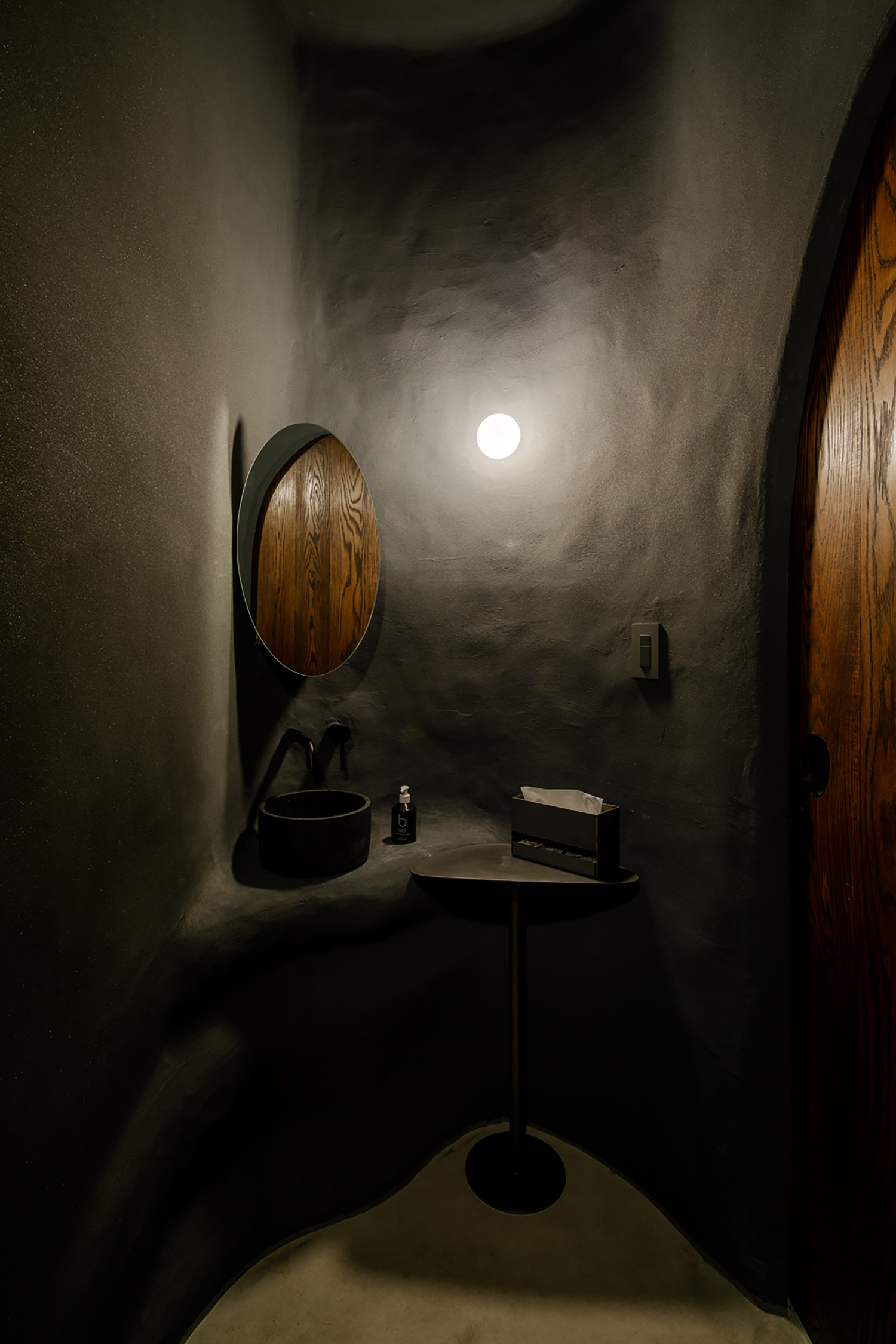