Spanish creative consultancy Masquespacio has unveiled La Sastrería, the last restaurant they designed in Valencia in the Canyamelar – Cabanyal neighborhood. The design takes its inspiration from the dream of chef Sergio Giraldo and bartender Cristóbal Bouchet to open their own restaurant La Sastrería, with the help of Grupo Gastroadictos. The aim of the project like in most of Masquespacio’s projects has been to fulfill the illusion of a group of young entrepreneurs, seeking to offer a new culinary and sensorial experience in Valencia. 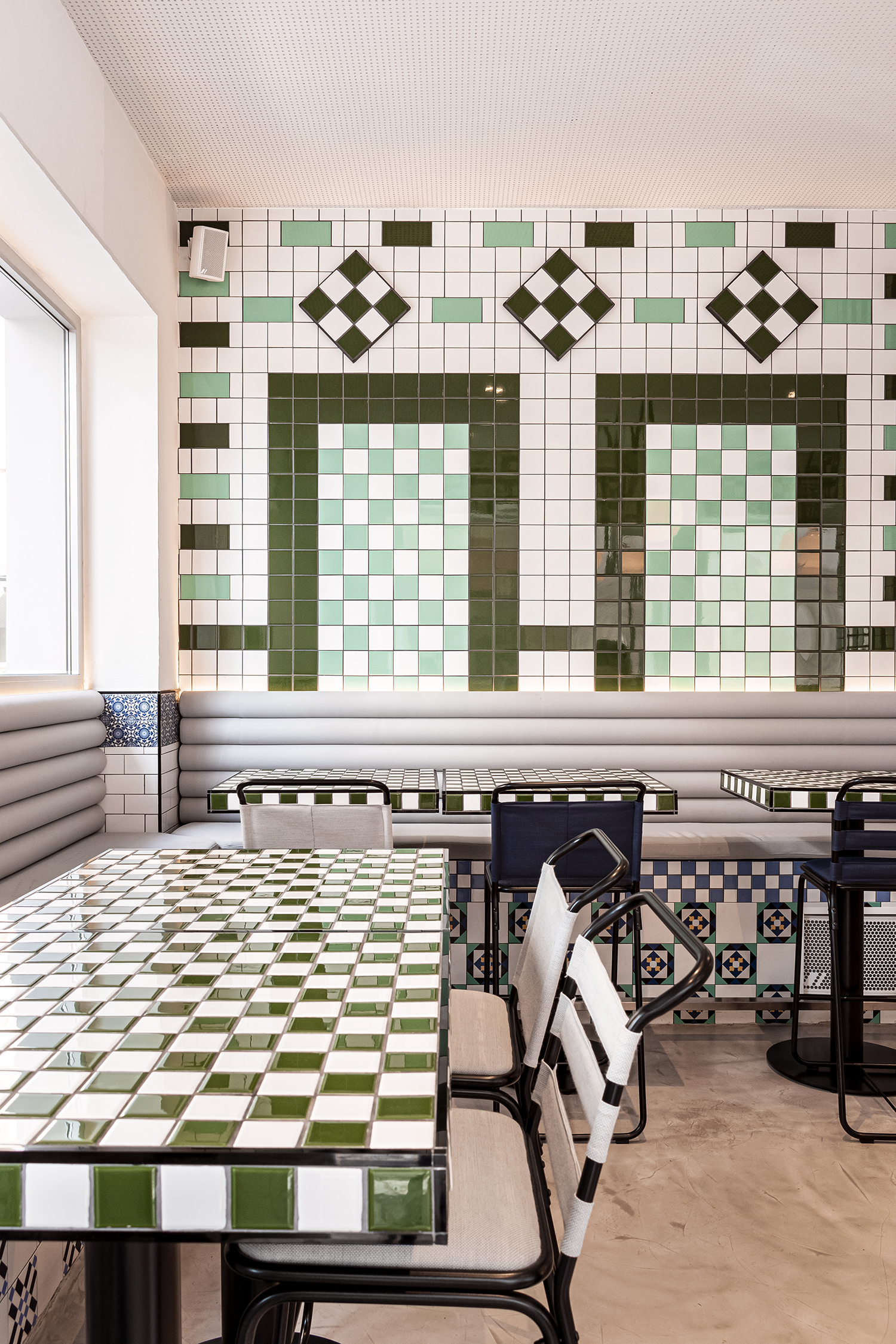 Located in the maritime neighborhood from Valencia called Canyamelar – Cabanyal, the restaurant designed by Masquespacio is divided in three parts, with a special reference to Sergio’s food.

Thus, in the first part we can find a bar that highlights the neighborhood itself, not only through its architectural references, but also its locals and their way of living. This way it represents the act of taking fresh air (Tomar la Fresca) during the warmest days, when the neighbors get on the streets with their chairs from home and come together for a chit chat. 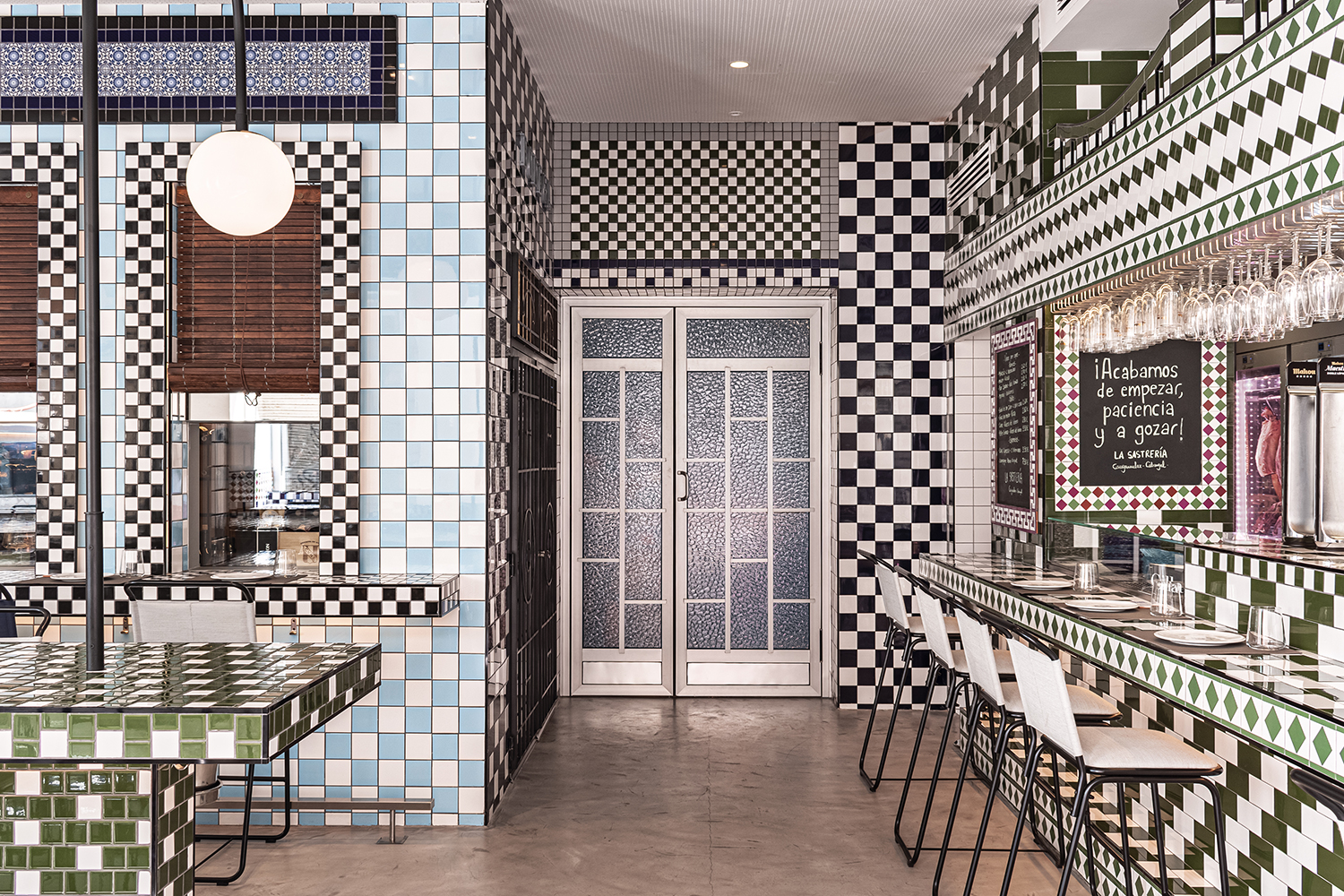 “We tried to recreate the habit from the neighbors in the interior, amongst others through the reinterpretation of the plastic chairs they are used to take from their homes to the streets,” says Ana Hernández, creative director from Masquespacio.

The design shows patterns made with customized tiles that reinterpret the façades from the neighborhood. A special attention has been given to the bar that looks like a façade on its own with its ornaments and singular figures. In the middle we can see how the attention is centered on the selection of spirits that will be used for the cocktails, being the specialty from Cristóbal and La Sastrería.

It should also be noted that in this space Sergio’s food selection is made of references from the neighborhood and products from the sea, always with a traditional focus, slightly reinvented. 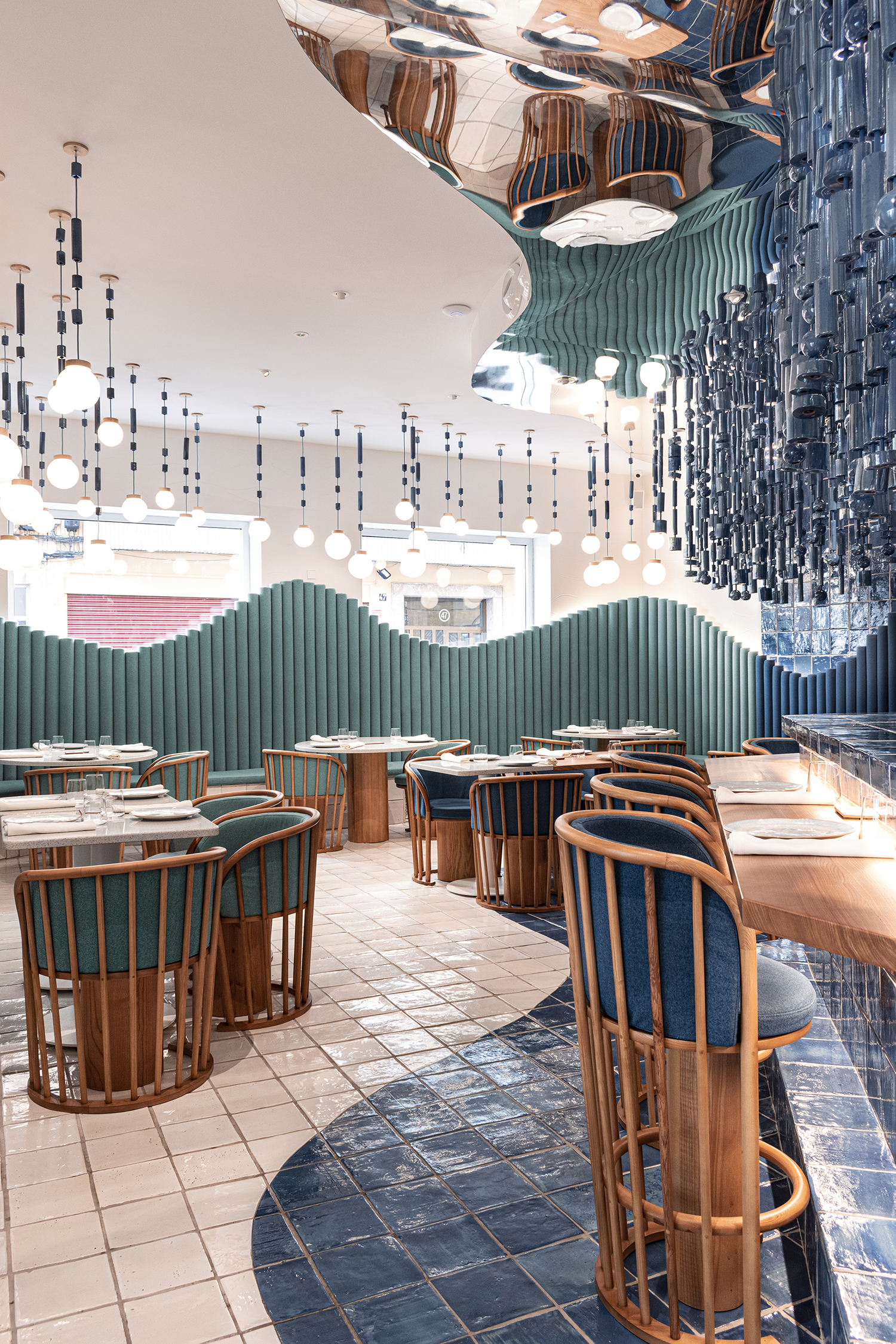 On the other hand, we have the second part of the restaurant in which the most authentic seafood made by Sergio is clearly the main attraction point of the venue. Hereby, the design recreates a huge wave that grows toward the kitchen and is traduced into a sculpture made of ceramic pieces. The floors of artisan ceramic in white and blue makes us experience the division between the water and the sand of the sea, while the chairs designed for the space are a reference to the fishing boats. 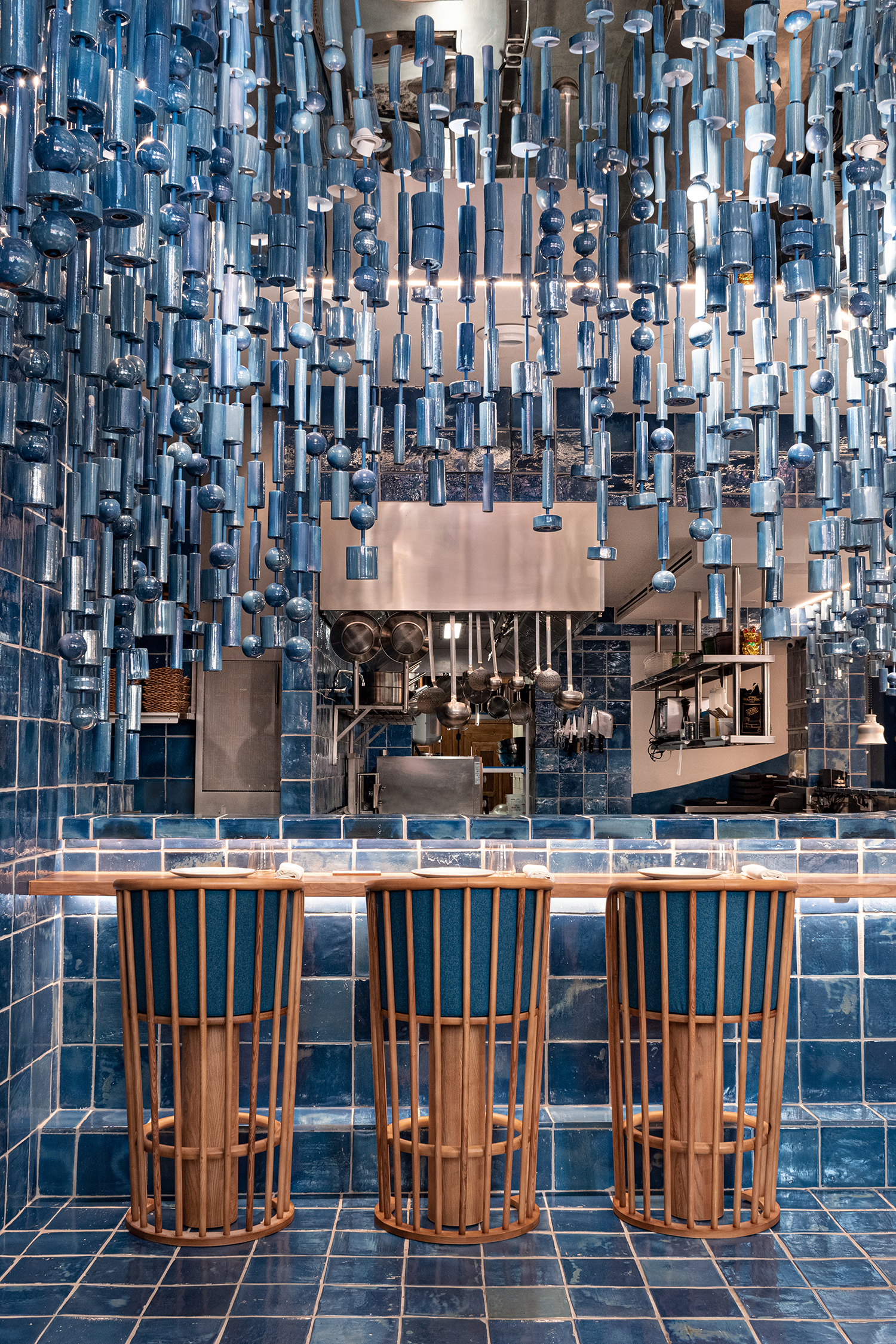 “Here we wanted to create a scene focused on the kitchen, submerging the whole restaurant like if you are in the middle of the sea, directed towards the most important part of the space,” adds Ana. “It’s pure fantasy like Sergio’s dishes.”

Last, behind the kitchen the storage spaces are designed as a fish market. Concerning the materials there was a main approach to use tiles in two different ways: custom-made with prints designed by Masquespacio for the bar zone, next to the handmade clay plus ceramic tiles for the restaurant.