The establishment of the Formafatal studio in 2015 was accompanied by the design and implementation of the interior of the first venue of the Argentinian restaurant Gran Fierro in Voršilská Street in the centre of Prague. Five years have passed, and the owner of the restaurant Juan Cruz Pacin was forced to move his successful business to a new address, in Myslíkova Street, near a unique functionalist building – the Mánes Gallery.

The architects from the Formafatal studio again worked up the concept and in the historic building belonging to the UNESCO monument zone, where the pub was operated for years, followed the original concept of Gran Fierro and added new approaches. 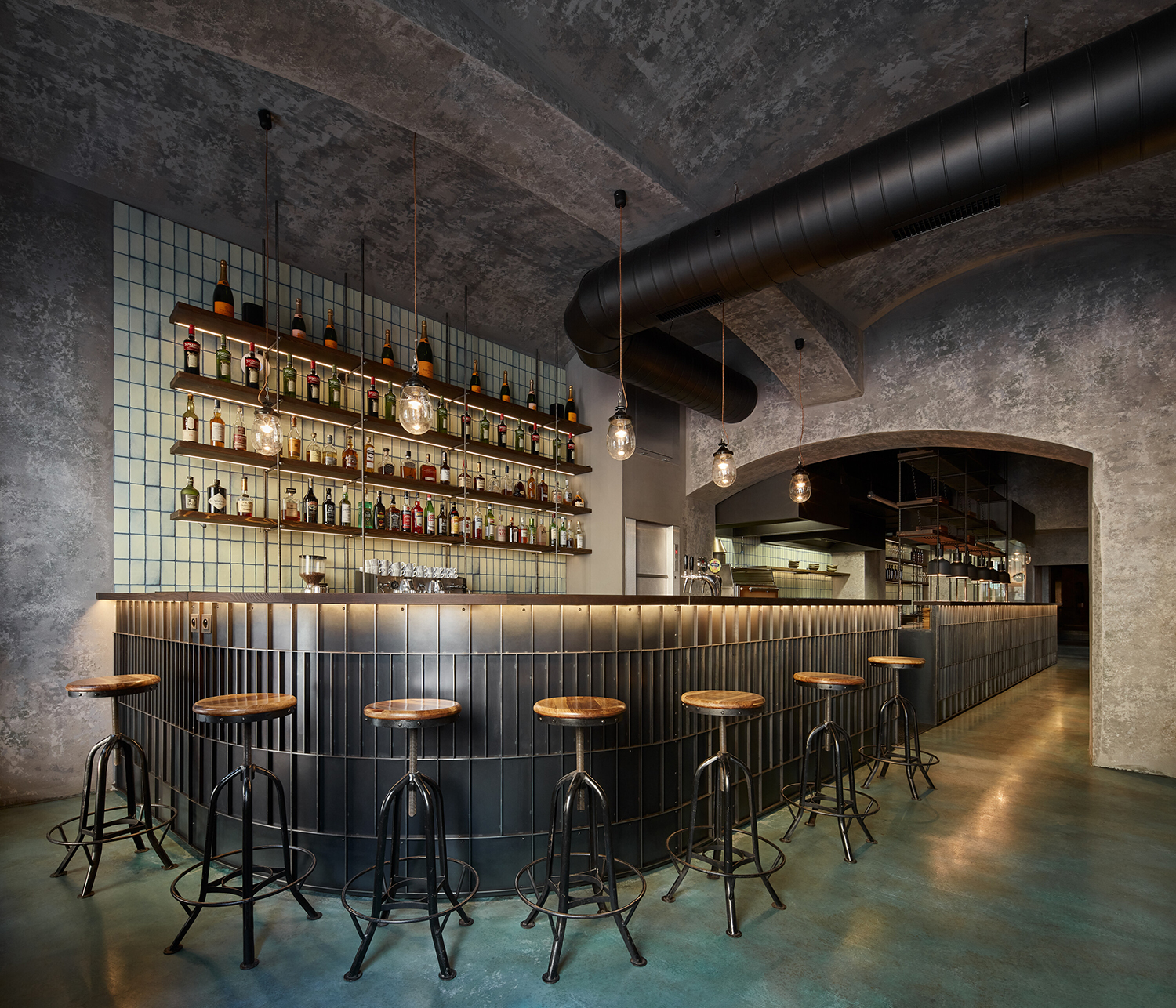 “The effort to use in maximum the original equipment and furniture somehow set the direction, used materials and colours of the interior,” explain Dagmar Štěpánová and Iveta Tesařová, founders of Formafatal. “We have incorporated new elements into the design, again referring to raw construction materials, which, however, get a completely new function. Exposed steel HEB beams serve as base for benches, iron bars optically divide the space or serve as shelf for a generous wine shop, designed from across the entire wall. Welded wire meshes serve as trellises for green plants and garden fencing.” 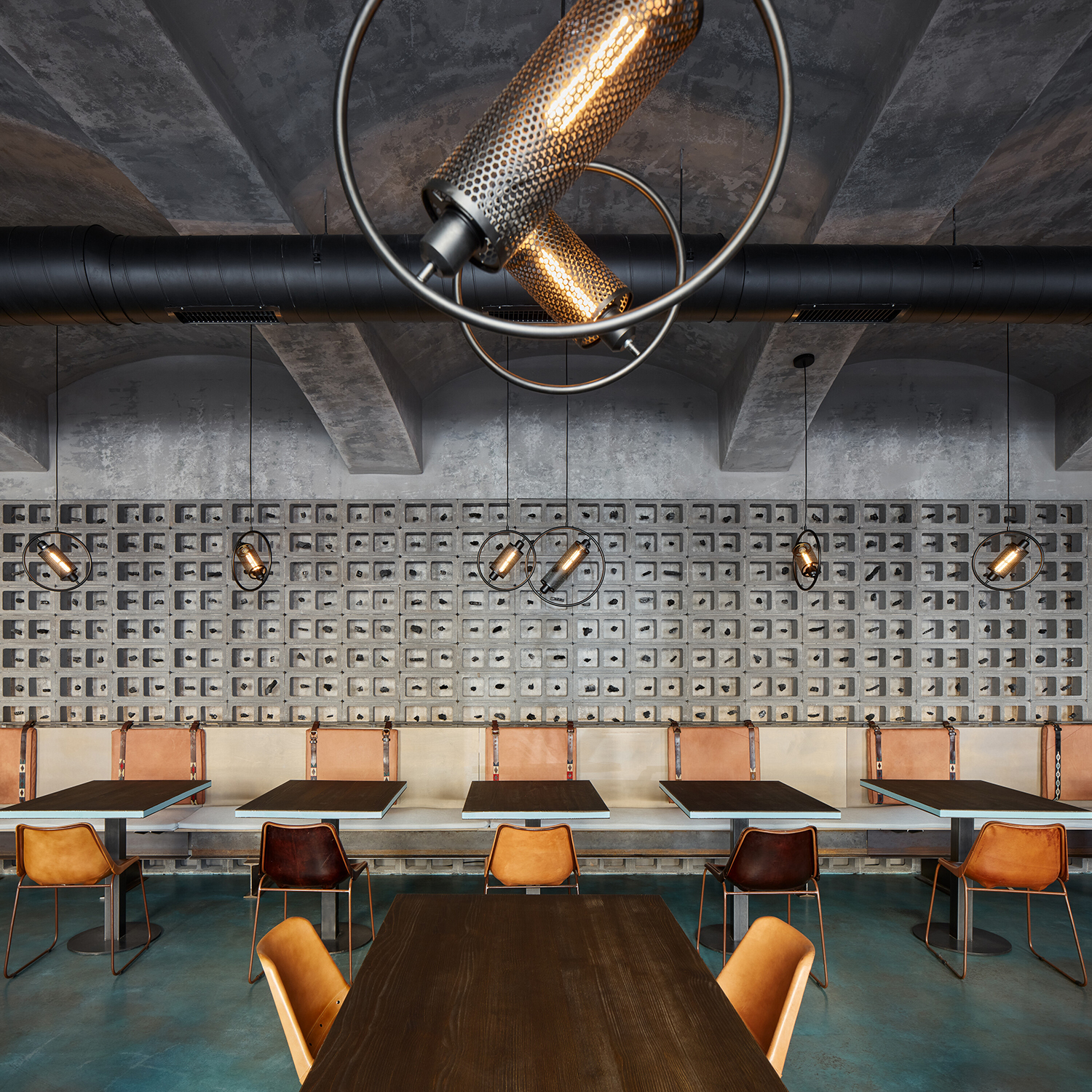 “Newly appeared concrete blocks create a dominant decorative skin wall right in the entrance part of the restaurant,” continues the studio. “This wall is a symbolic legacy of a new approach – not only in the architect´s concept, but above all the new mindset and philosophy of Gran Fierro and its owner, who exchanged charcoal for bio charcoal, which they started making themselves from vegetable waste from the kitchen. Therefore, inside each concrete block levitates piece of charcoal, the wall is like a show case, charcoal is like a jewel in it. With this visual concept, we continue to the back of the restaurant, where, for example, the vault of one of the lounges is created from levitating charcoal pieces.” 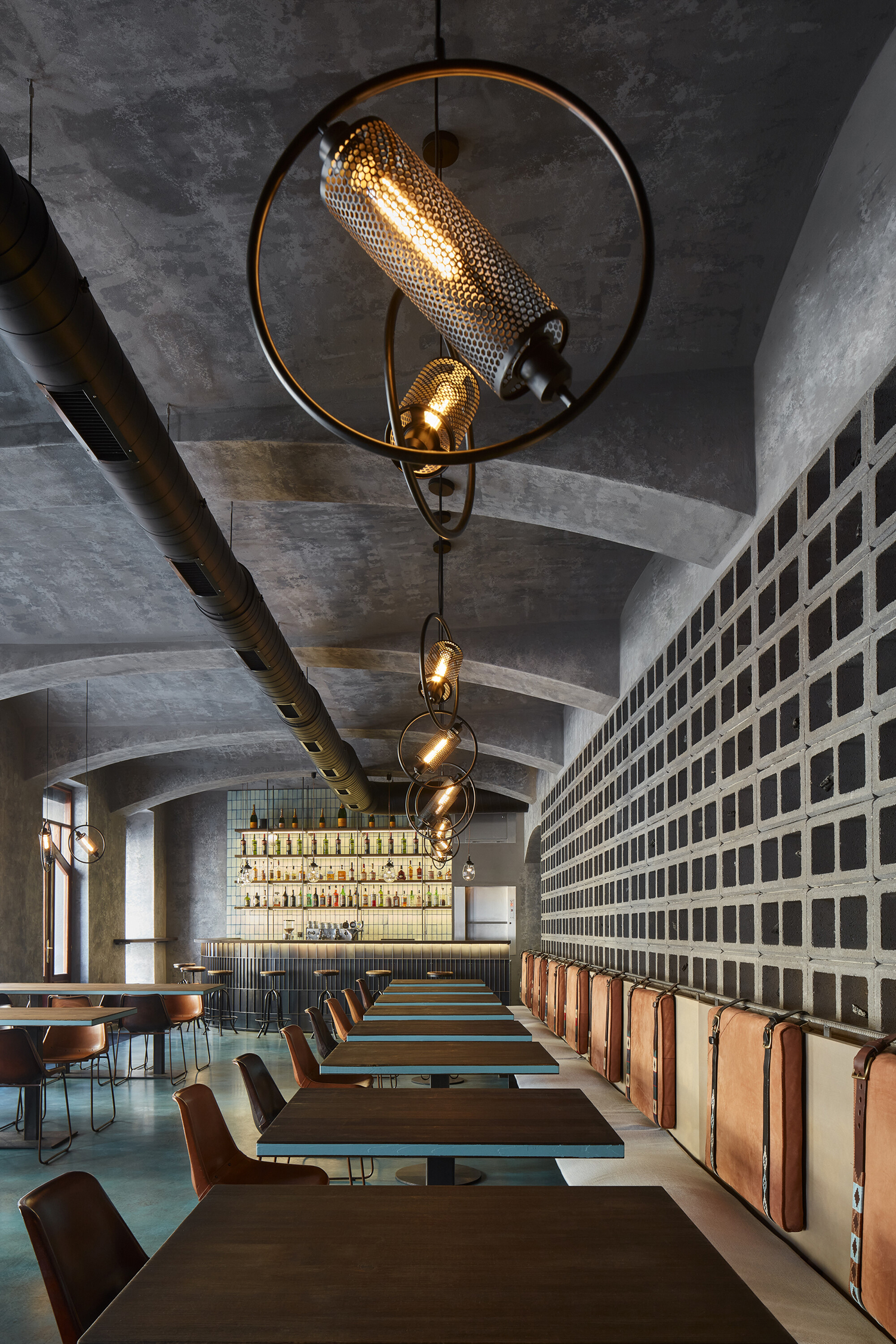 The newly born Gran Fierro covers an area of 390 m2 (incl. Garden) with a total capacity of 163 seats. The restaurant is divided into 3 main parts – the main area with an integrated open kitchen, an outdoor garden with a winter garden and a rear wing with VIP lounges.

“Once I knew I had to relocate Gran Fierro to a different space, I felt that the new design should surpass the existent one. But at the same time it had to keep the feeling of the old one. So, I could only trust the architects of Formafatal for the job because they truly understand the meaning behind Gran Fierro’s design,” says Juan Cruz Pacin, owner of Gran Fierro. 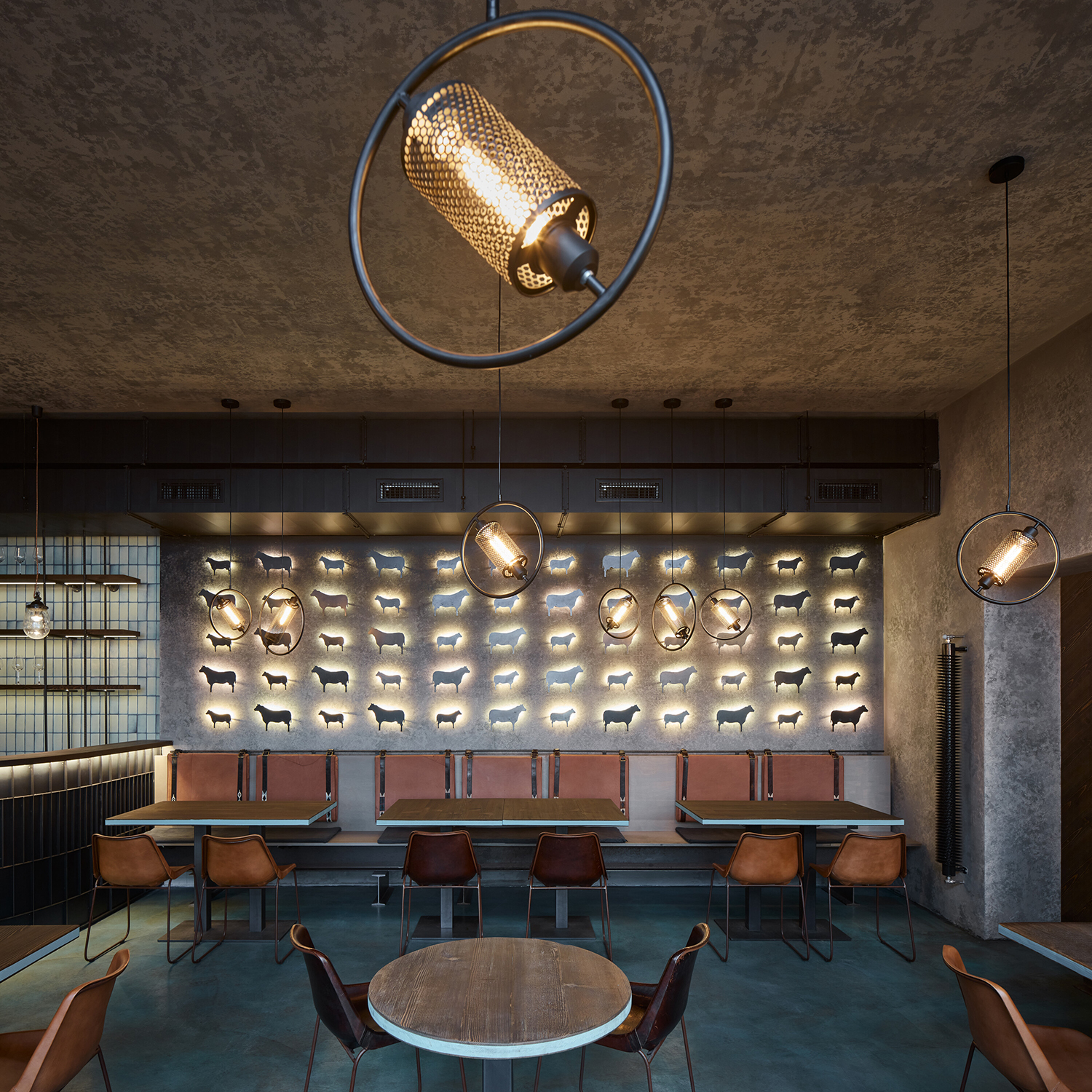 “It was a challenge to take the elements of an original design and make them work in a new space with new elements. And specially with new concepts, the restaurant has gone through a powerful transformation that needed to be addressed by the design. Dagmar’s original proposal for a charcoal wall triggered one of the biggest transformations of the restaurant. Because we were going to display pieces of charcoal as decorative objects, we had to think deeply about charcoal and its origins. That’s when we discovered that many charcoal productions contribute to deforestation and we decided to spread awareness about it and start producing our own green BIO coal. Now we can say that the wall is our strongest visual statement.” 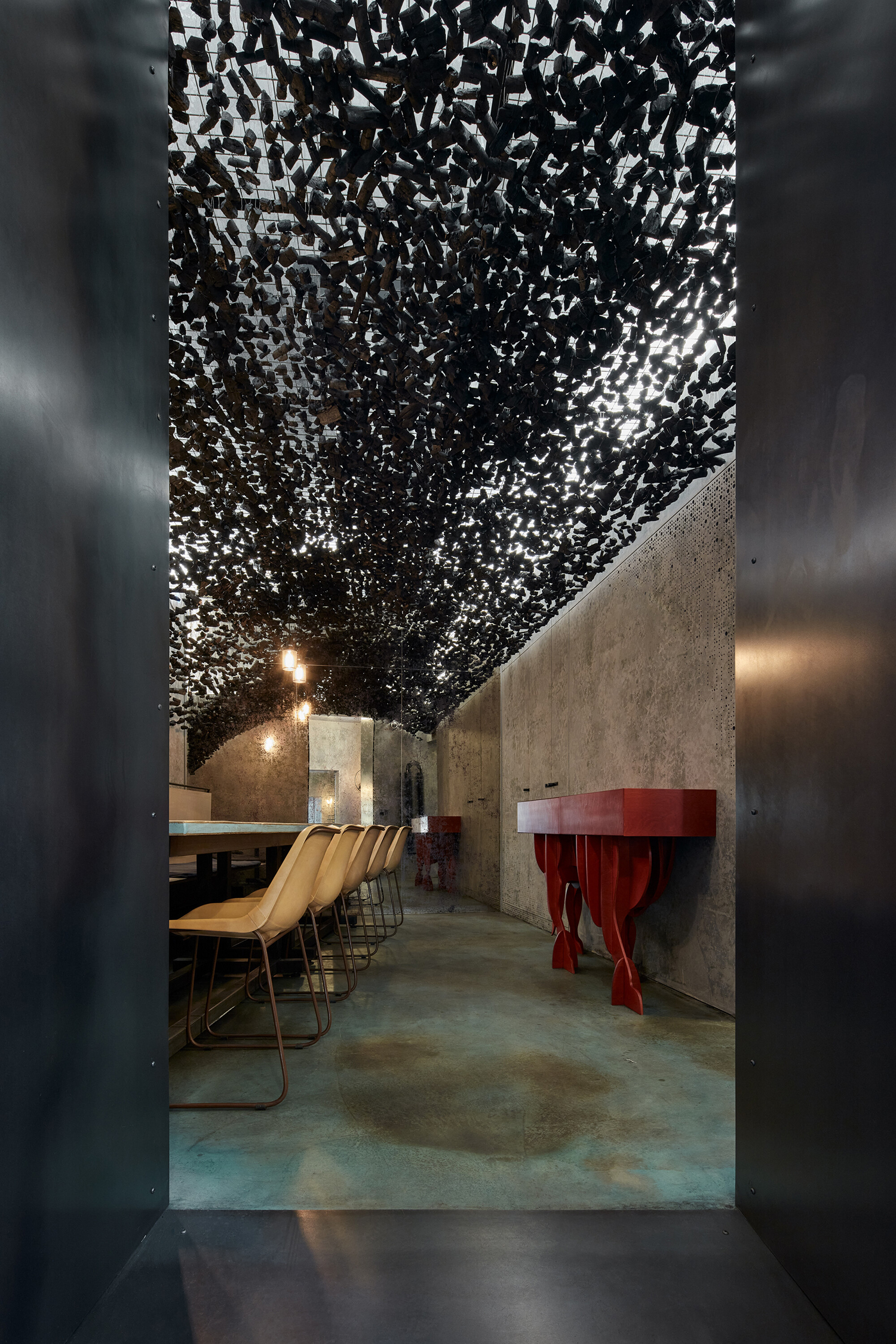 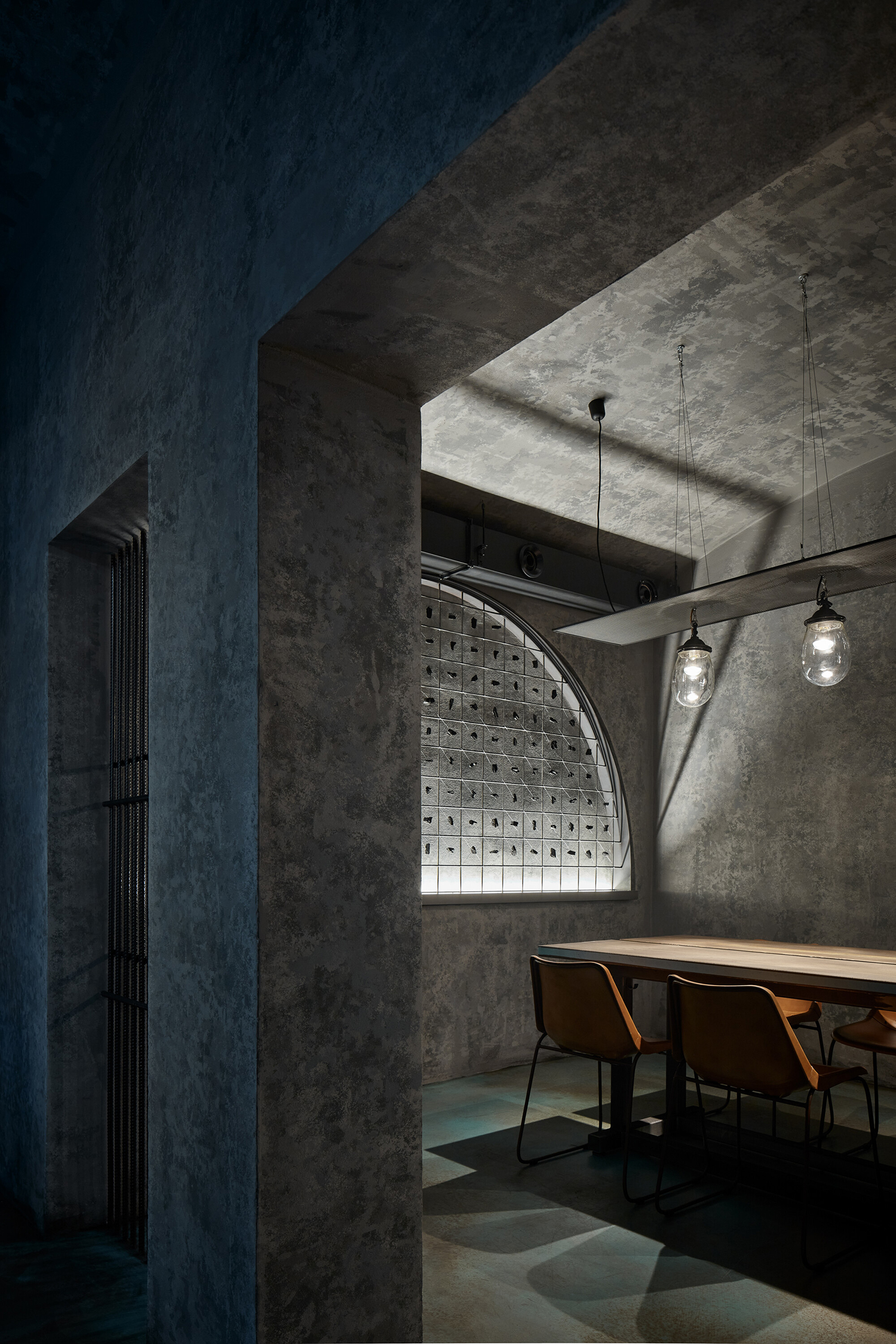 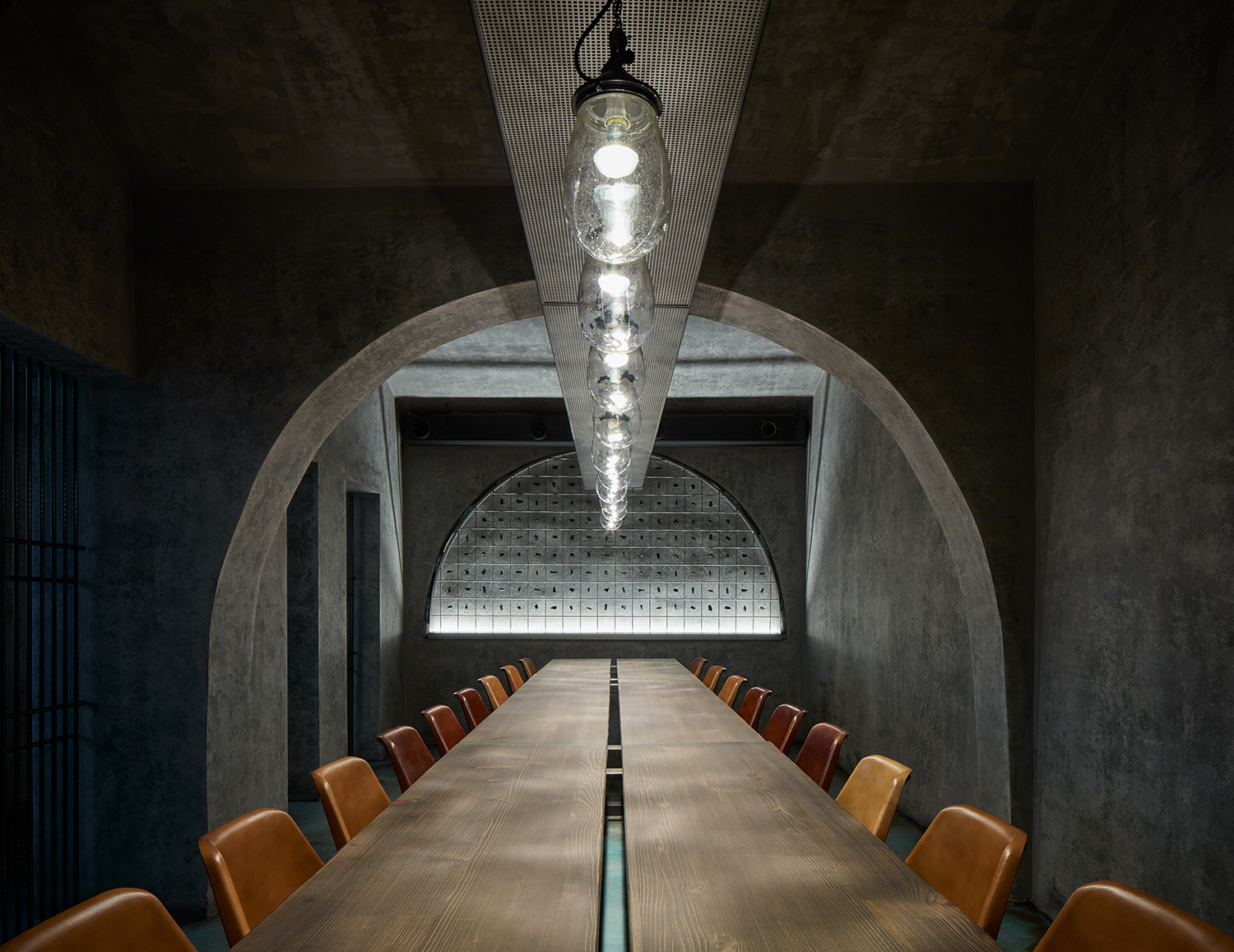 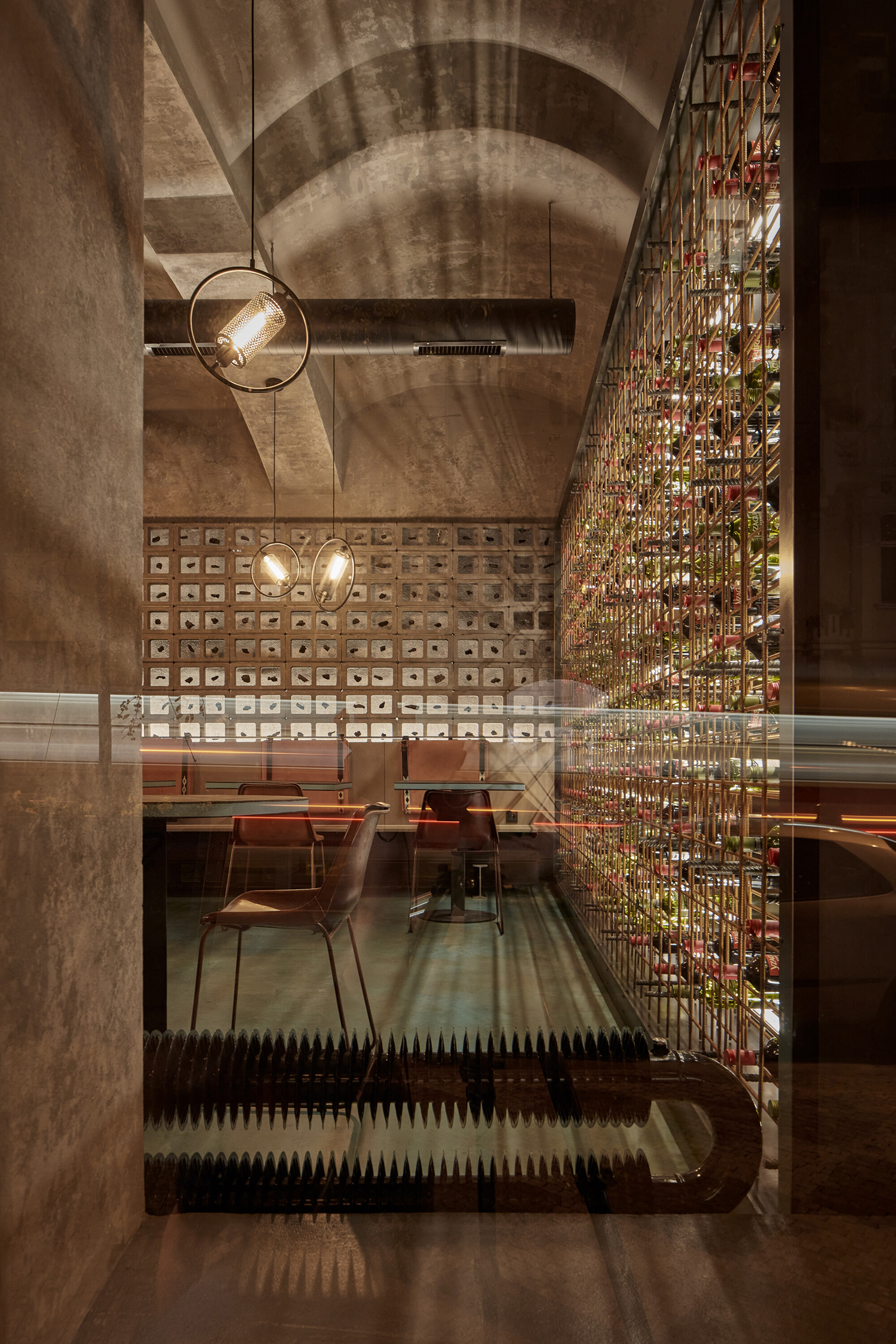