After the initial successful collaboration between Bun and Masquespacio for its restaurant in Milan, now they present the first Bun restaurant in Turin. Starting from the already created identity that was implemented in the first Bun restaurant in Milan, for the new opening of the Italian hospitality chain in Turin they again commissioned the Spanish studio led by Ana Hernández and Christophe Penasse. This time although the approach didn’t commence with an historic element from the space, but with the three shopping windows that above offering natural light to the space, give a view directly into the interior from the outside. 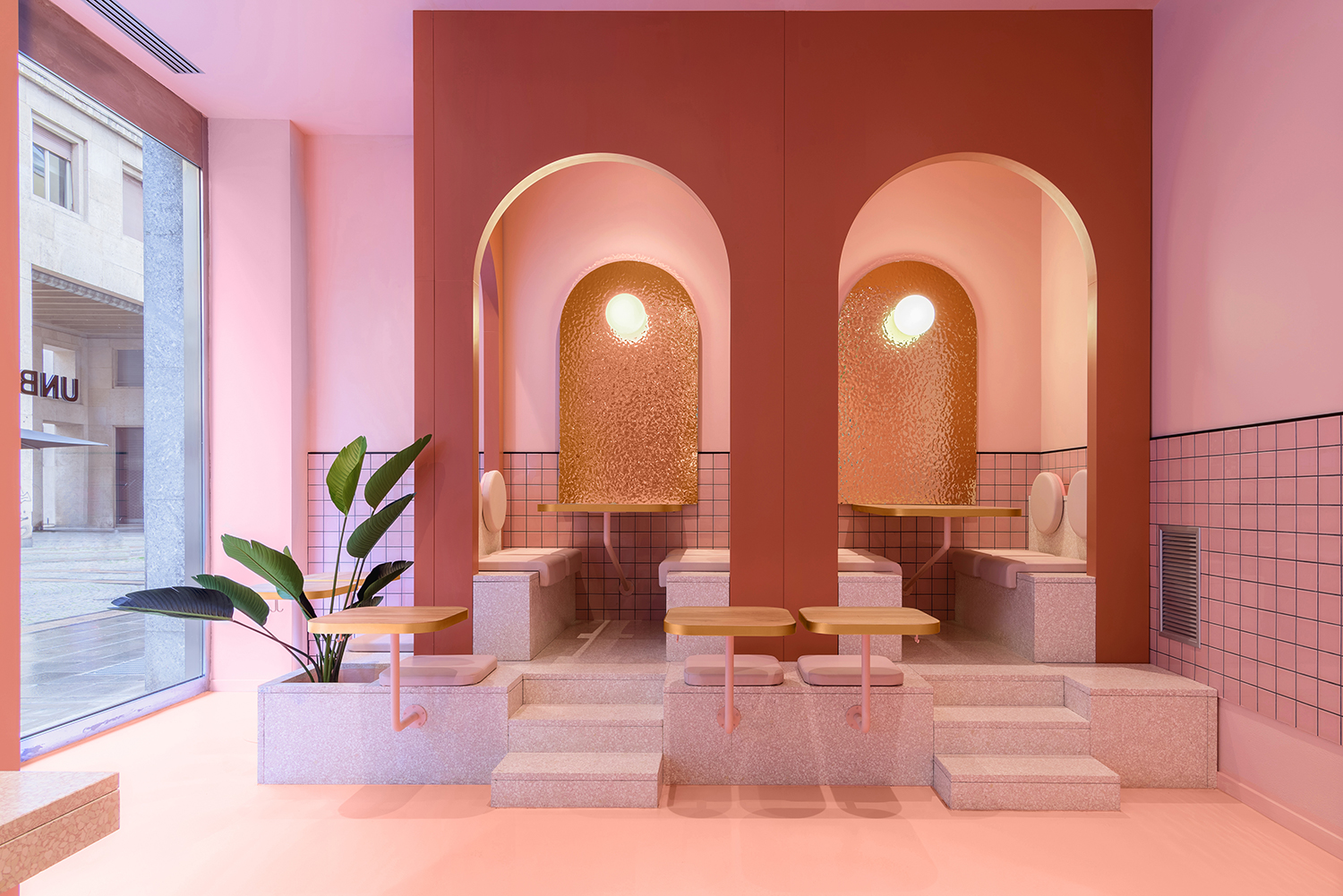 Hereby, if in the restaurant in Milan two colors were used, in Turin taking advantage of the three windows a space of three colors was designed that each occupy 1 of the windows.

“The idea to play with 1 color for each window creates a visual effect from the outside that makes the spectator from the exterior walk from one visual world into the other, traveling through different experiences in the same space,” says Ana Hernández, creative director of Masquespacio. 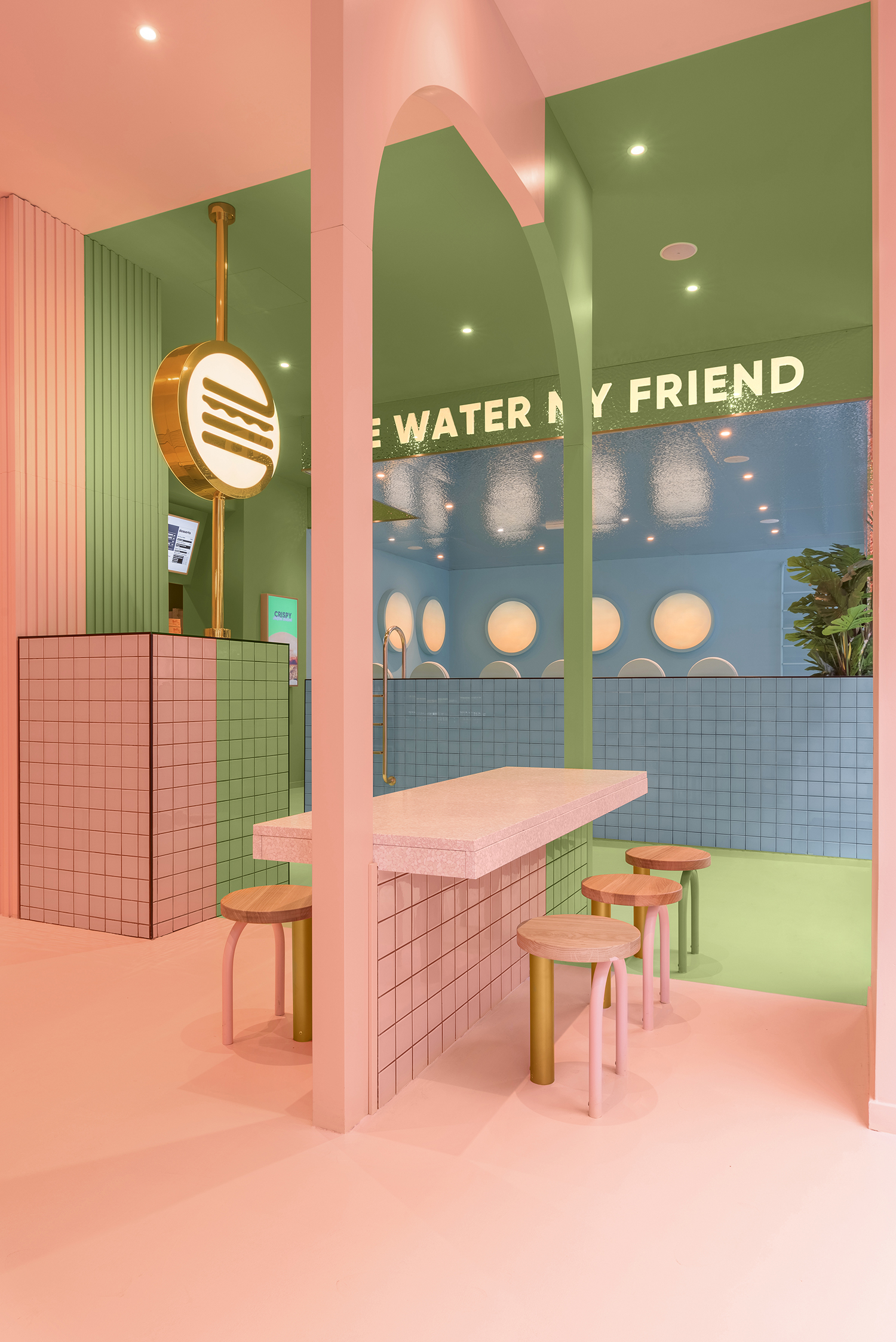 The already iconic green color from Bun is the one that takes you immediately to the order bar, while the pink and blue colors take you to two seating spaces that differ completely from each other. In the pink space you can see how next to a sharing table, a tribune that continues with the arc concept is set-up to give the diners the possibility to sit at different levels. The blue zone on the other hand adds a touch of fun and gives the visitors the chance to enjoy the delicious Bun burgers in a space that simulates a huge swimming pool that would make them feel like floating in the water. 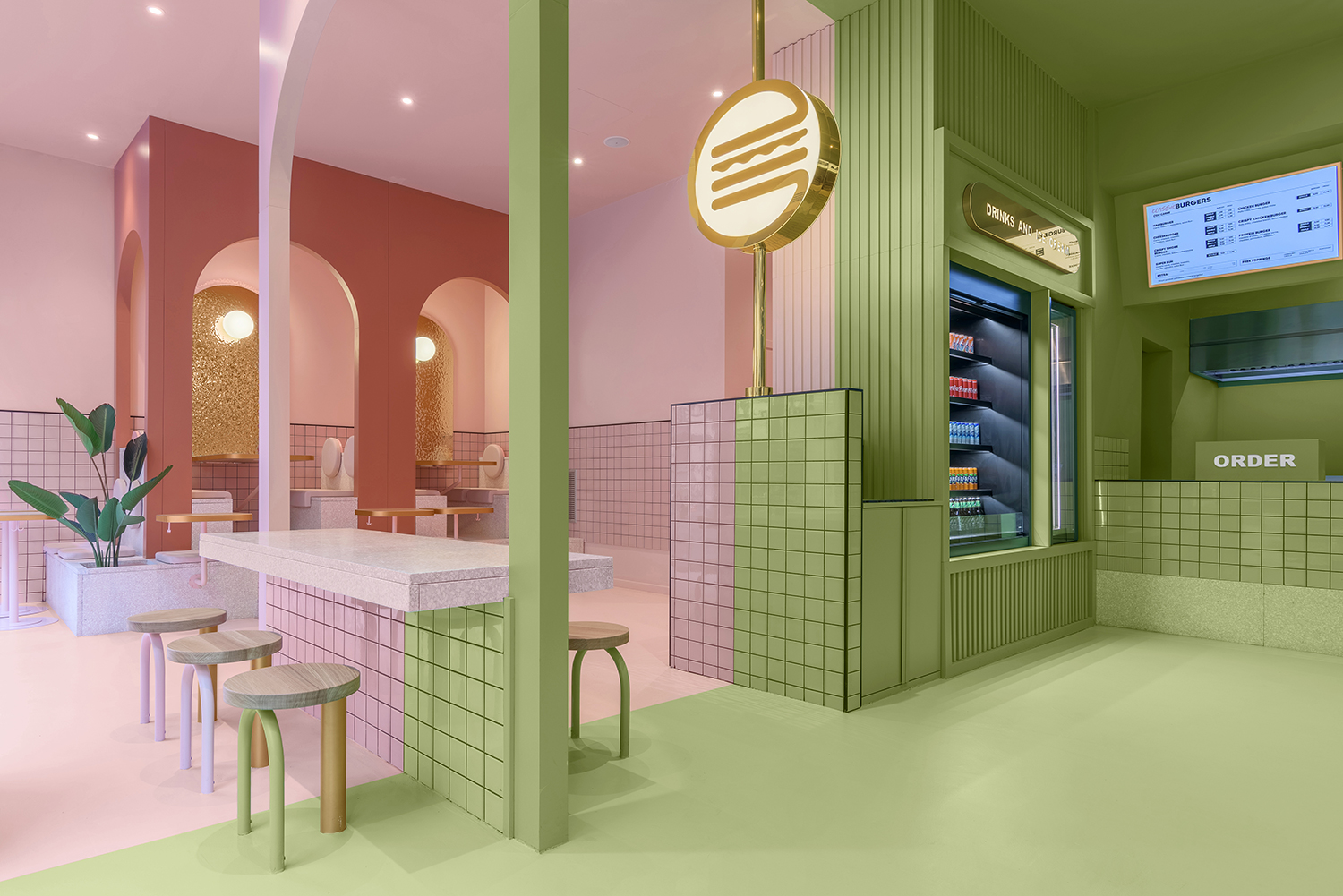 Last but not least, the space already counts with some of the established brand elements as for the furniture and arcs, next to materials like ceramics and terrazzo. After finalizing this project, Masquespacio already started to work on the new openings in Milan for which they will search to integrate Bun’s identity in new singular spaces. 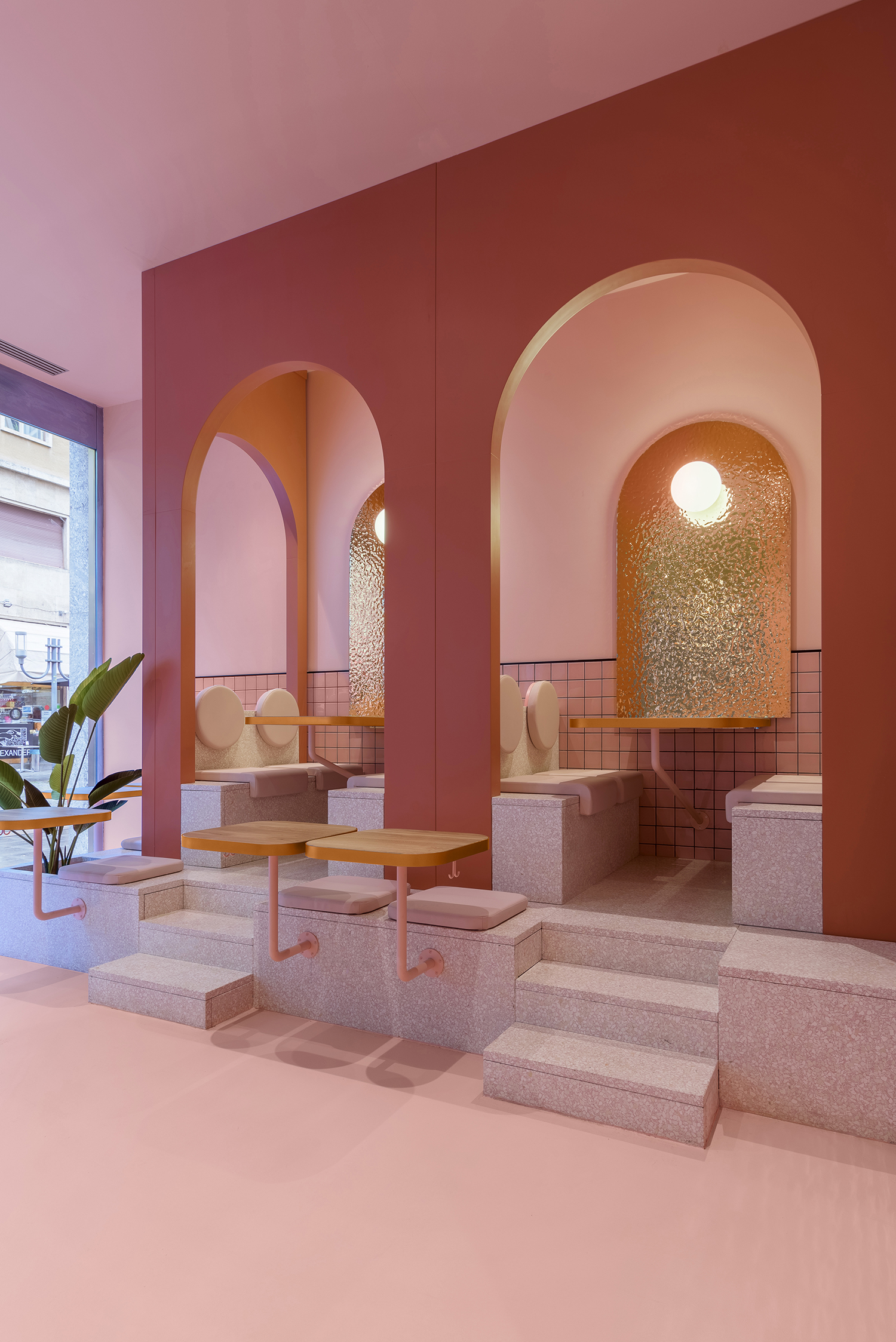 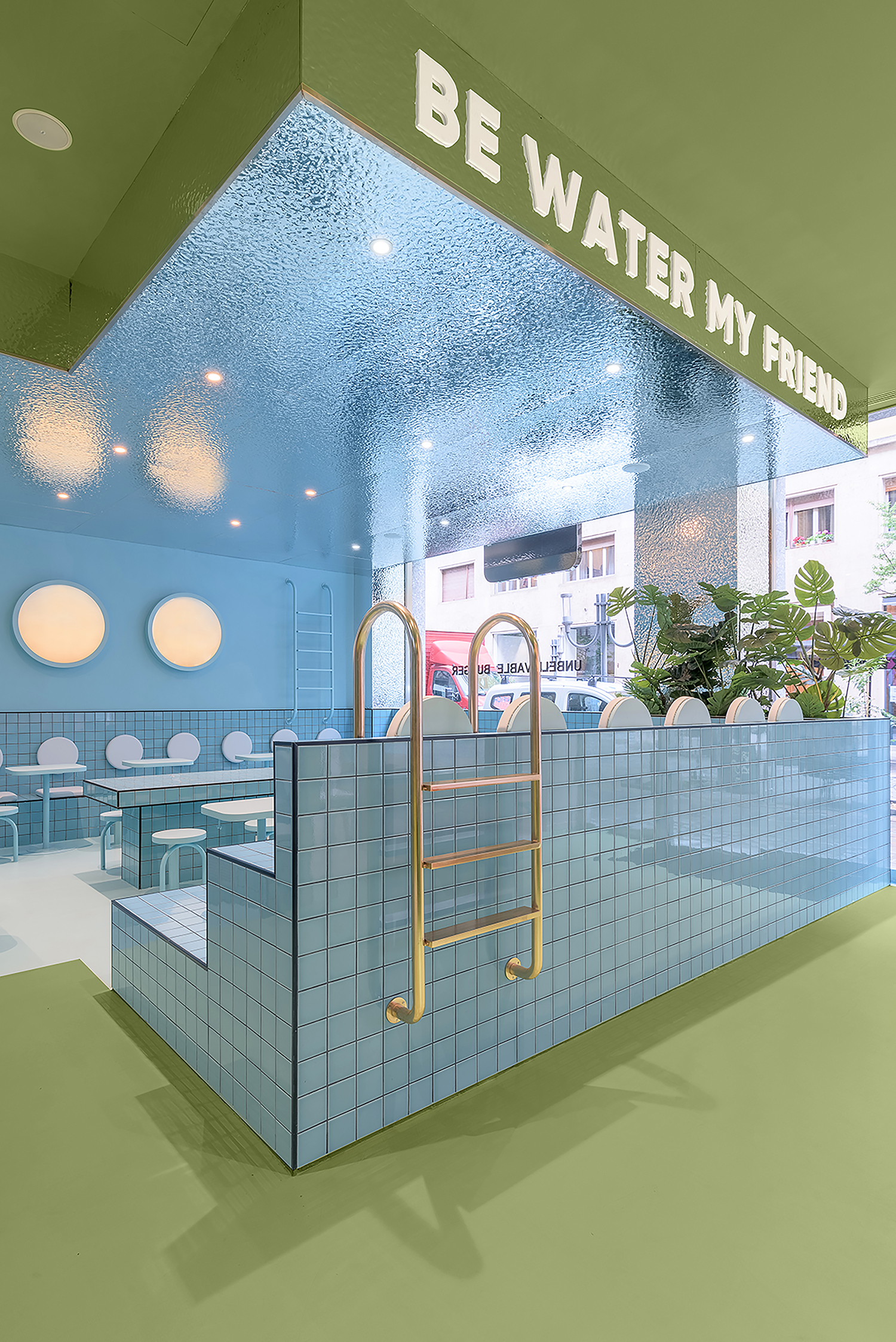 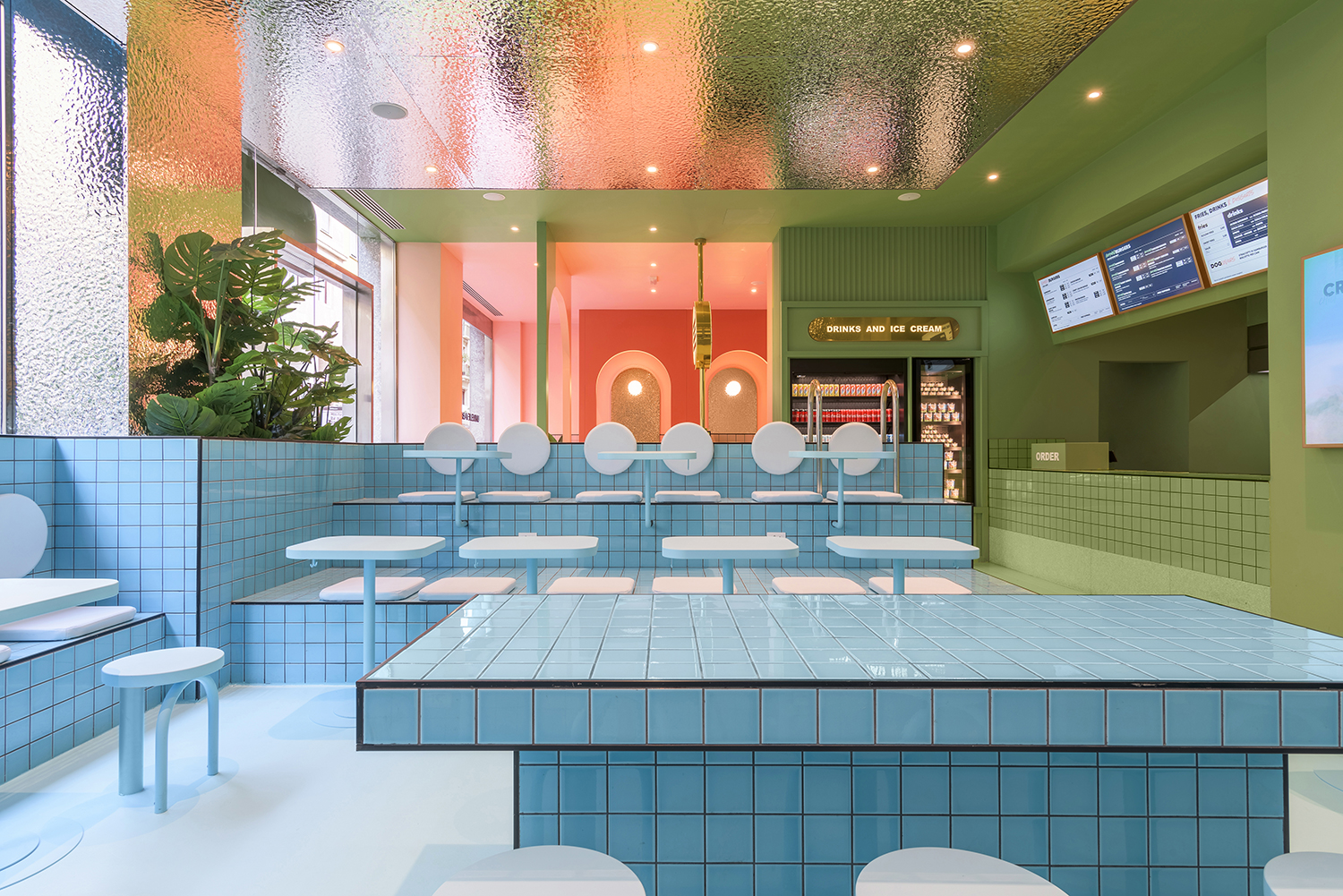 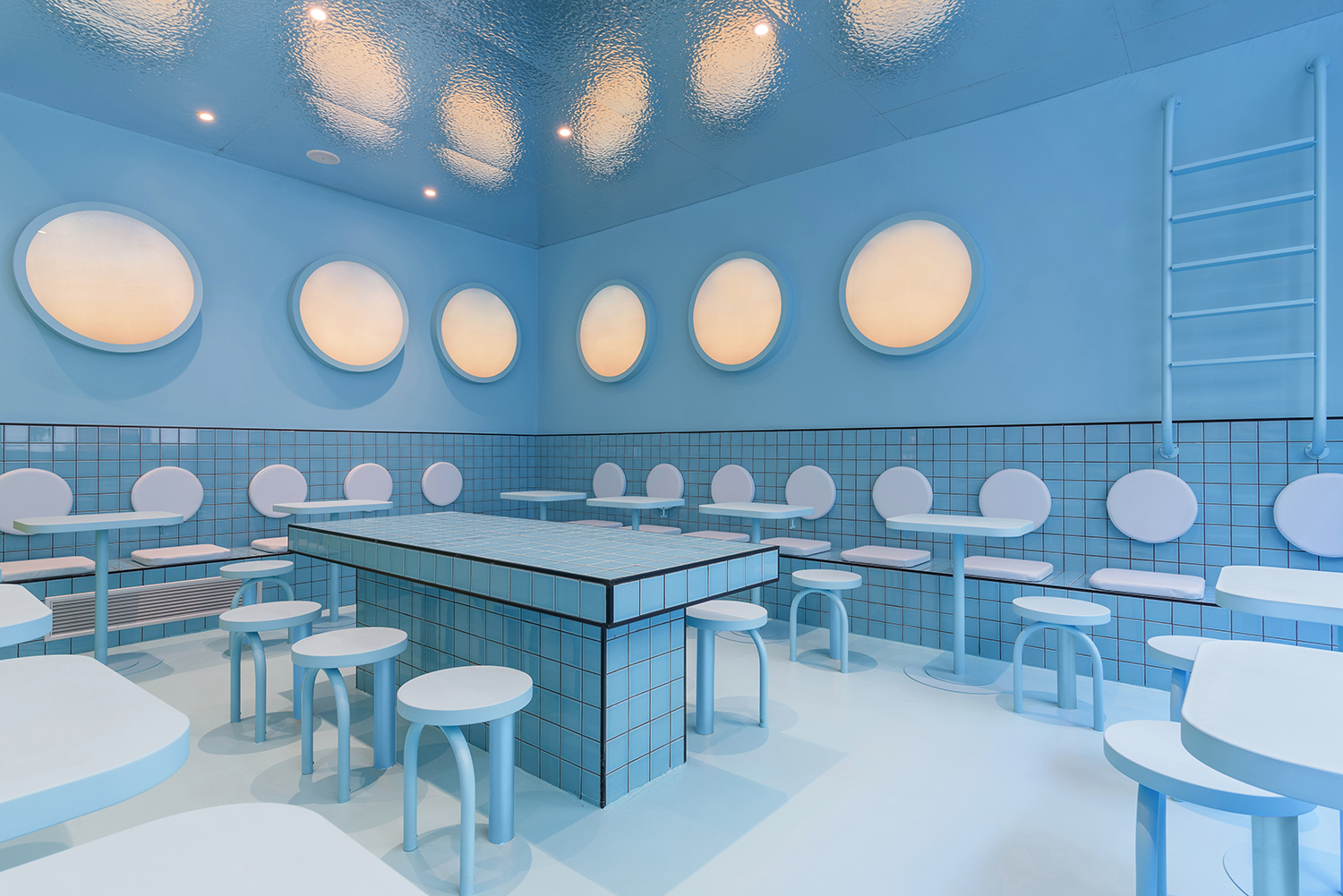 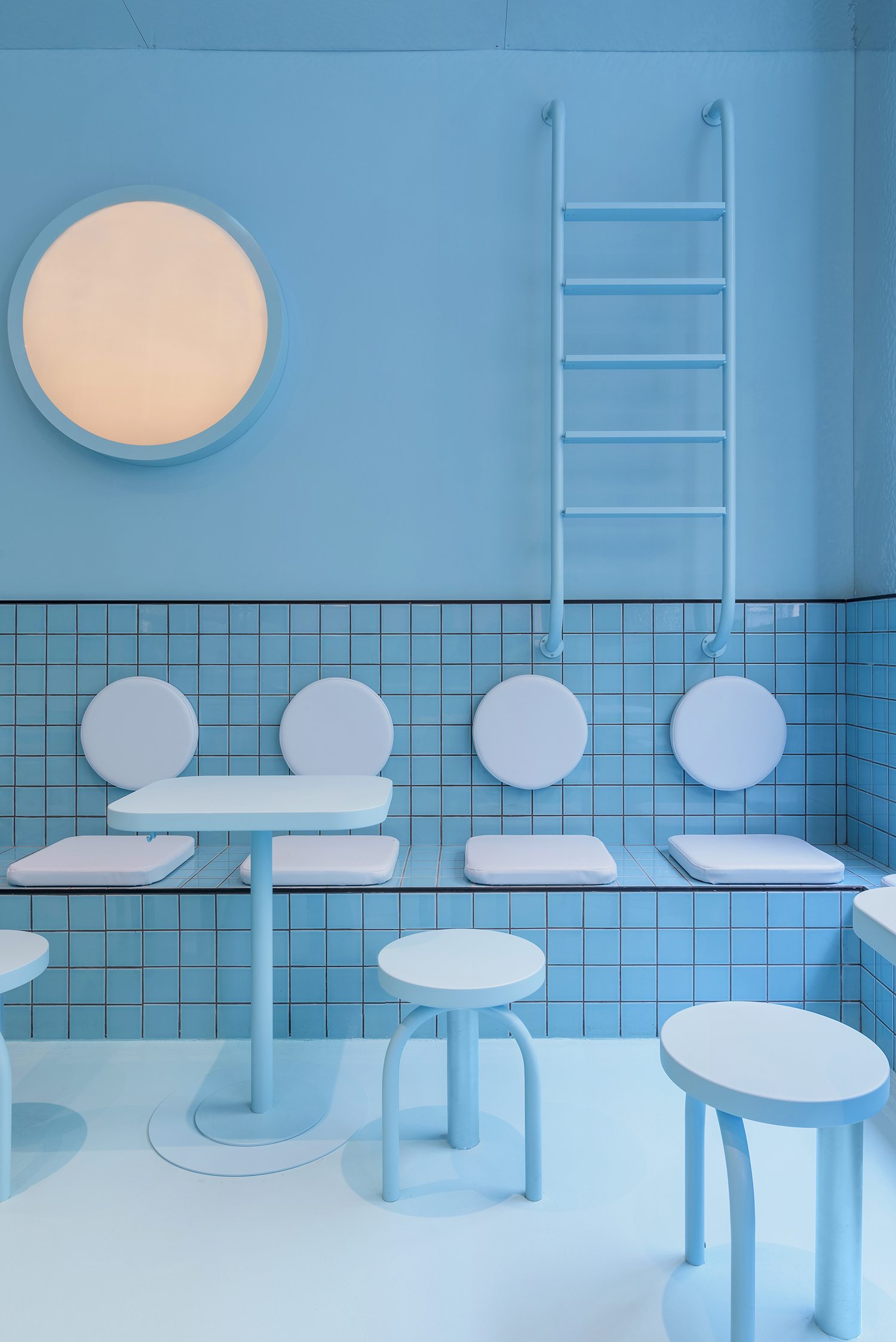