What’s the first thing that comes to your mind when you think about jewelry? If you’re like most people, your mind has already conjured visuals of chic, minimalist chain necklaces and sleek diamond rings. Or you might be fond of the bohemian vibes that chokers and dangling earrings exude.

Irrespective of your style preferences, one thing’s for sure – you wouldn’t mind adding more touches of bling to your wardrobe.

Jewelry has always been an integral part of human life in the form of family heirlooms, collectibles, and fashion accessories. Whether you want to buy a gift for your soulmate or indulge in a bit of retail therapy, jewelry is always the top choice.

But you’d be surprised to know that the jewelry designs and themes we enjoy today have evolved over thousands of years. As with most things in fashion, every era’s political climate, economy, art, and culture have shaped jewelry styles and trends.

In this blog, we’ll take a deeper dive into the history of jewelry design and understand how it’s changed over the years. Let’s get started.

The Origin: Means to an End

Gold, silver, platinum, and other metals have become commonplace in jewelry design. Similarly, many people embellish their earrings, necklaces, and rings with gemstones, such as diamond, sapphire, garnet, topaz, and ruby.

What’s fascinating is that the earliest remnants of jewelry that humans wore didn’t feature any of the bling we associate with it. When it started back in 110 BC, jewelry was made using seashells, animal teeth, and fish bones. Colored pebbles, feathers, and ivory beads were used as embellishments.

Also, jewelry played a more functional role, helping distinguish tribe leaders from other members. It was used for religious purposes and trading too.

The Next Leap: Metals Become a Mainstay

It wasn’t until 4,400 BC that the ancient Thracian civilization started making jewelry with gold. That was followed by the use of copper and other metals across Egypt and ancient Mesopotamia. The Egyptians were particularly known for their bold and chunky jewelry, featuring precious stones, such as amethyst, feldspar, lapis lazuli, and jasper.

Cleopatra’s serpent-shaped bracelet and Tutankhamun’s gold mask are some of the most iconic examples of Egyptian jewelry. Besides the widespread use of precious metals and gemstones, the Egyptians were also known for engraving hieroglyphic symbols in their jewelry.

On the other hand, Greek jewelry became a symbol of diversity and opulence. It was particularly known for using motifs from Greek mythology and Eastern culture. The Harappan civilization perfected the art of embossing and enameling gold during the same period. 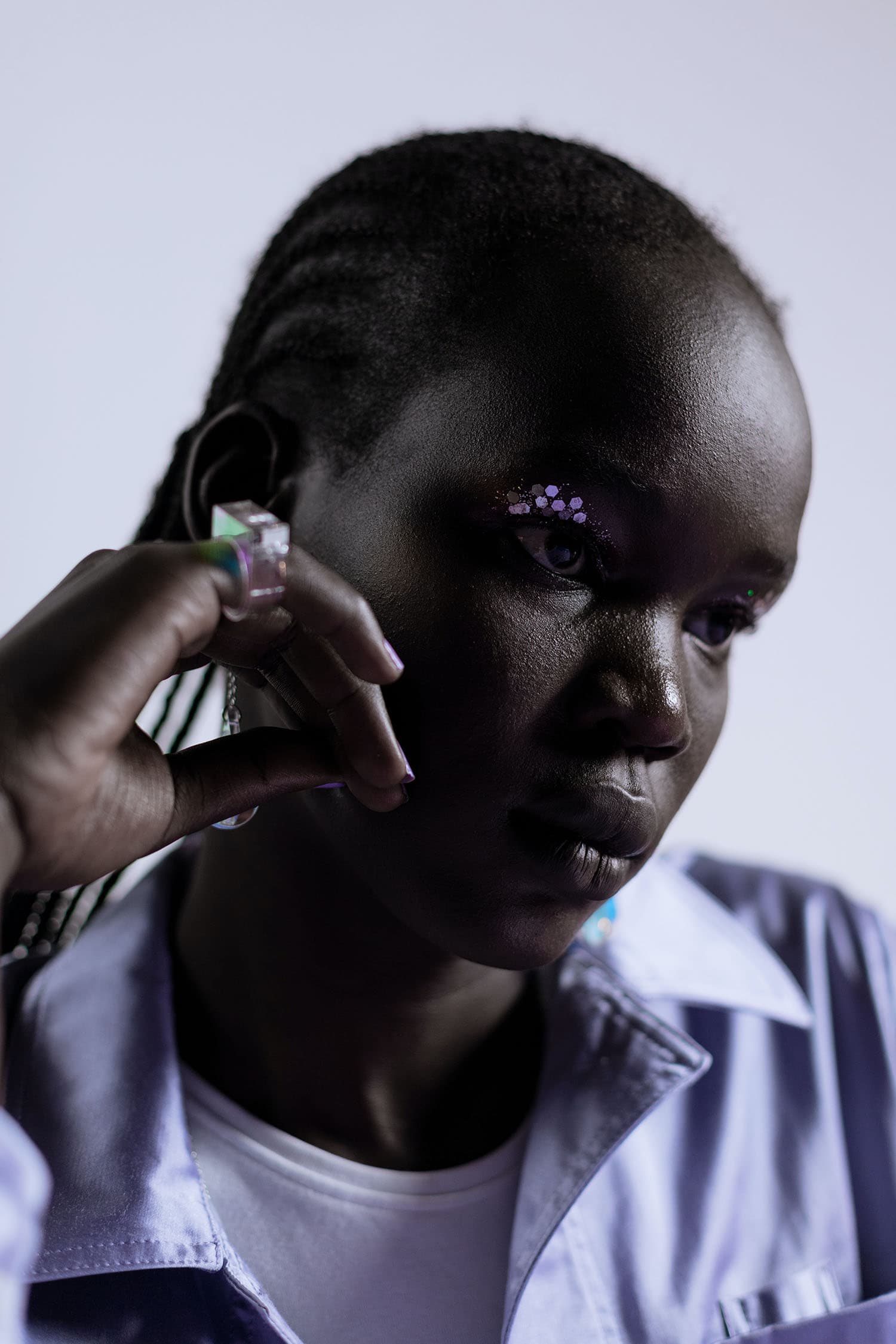 The Rise of Bling: Diamonds and Other Gemstones

Diamonds didn’t become the go-to choice for engagement rings until 1948, when a tactful De Beers’ AD campaign turned them into the ultimate symbol of eternity. But the use of diamonds in jewelry designs goes as far back as 800 BC.

Even the ancient Romans used diamonds and other precious stones in brooches, rings, and talismans. Embellished hair accessories and cloth jewelry also became popular during the period.

The next big leap came when the first table-cut diamond was introduced in 1450. Around the same time, Holy Roman Emperor Maximilian I presented a diamond engagement ring to Mary of Burgundy.

The art of jewelry making underwent significant transformations between the 16th and 18th centuries. Some of the most noteworthy designs showcase newer diamond cuts and the influence of the Baroque style.

The 19th century was all about admiring the fashion choices of Queen Victoria. Then there was the rise of a six-prong diamond setting that we know as the Tiffany setting.

An Ode to the Trends: The Birth of Contemporary Jewelry

In the 20th century, cultural movements influenced jewelry designs, such as Art Noveau and Art Deco. Also, they were shaped by iconic Hollywood stars, including Marylin Monroe and Audrey Hepburn.

While geometric shapes and vivid colors were prominent in the 1920s, the 50s were all about understated elegance. Then came the bohemian fashion of the 70s and 80s that was characterized by oversized earrings, chunky necklaces, and pearl bracelets.

Hollywood icons, such as Britney Spears and Jennifer Aniston, continued to influence jewelry designs in the 90s with trendy chokers and flirty earrings. It was also when men’s jewelry became popular, with David Beckham sporting an engagement ring with aplomb.

In the 2000s and 2010s, we’ve witnessed a resurgence of different jewelry styles, from trendy layered necklaces and cocktail rings to minimalist studs and hoops.

As the landscape of jewelry design continues to evolve, people are gravitating back to the maximalist fashion of the 70s and 80s. Today, men and women alike want to showcase their love for jewelry with elan. It’s led to the popularity of bold chokers, chunky earrings, and candy-colored jewelry.

There’s also an emphasis on personalization, with signet rings and birthstone jewelry becoming prominent trends. As millennials and Gen Z strive to make sustainable lifestyle choices, they’re ditching expensive diamonds in favor of jewelry made with their birthstones.

Jewelry designs are influenced by a wide variety of factors, from fashion icons and movie stars to ad campaigns and political events. The next big leap in jewelry design is going to be the rise of affordable personalized jewelry that showcases your unique style.