Ukrainian fashion brand CHER’17 has opened its new Temproject-designed store on the first floor of a mid-19th-century building on one of the central streets of Kyiv. The design concept arose from the digitalization trend in the fashion industry. There are many stores with online showrooms and virtual fitting rooms. Virtual clothes that you can wear while inside the meta-universe are gaining popularity. The virtual space forms its own aesthetics, characterized by minimalism, playing with the proportions of objects and bold accented colors. “The CHER’17 store is a physical interior created in the aesthetics of a virtual space,” explains Anastasiia Tempynska founder of the studio. 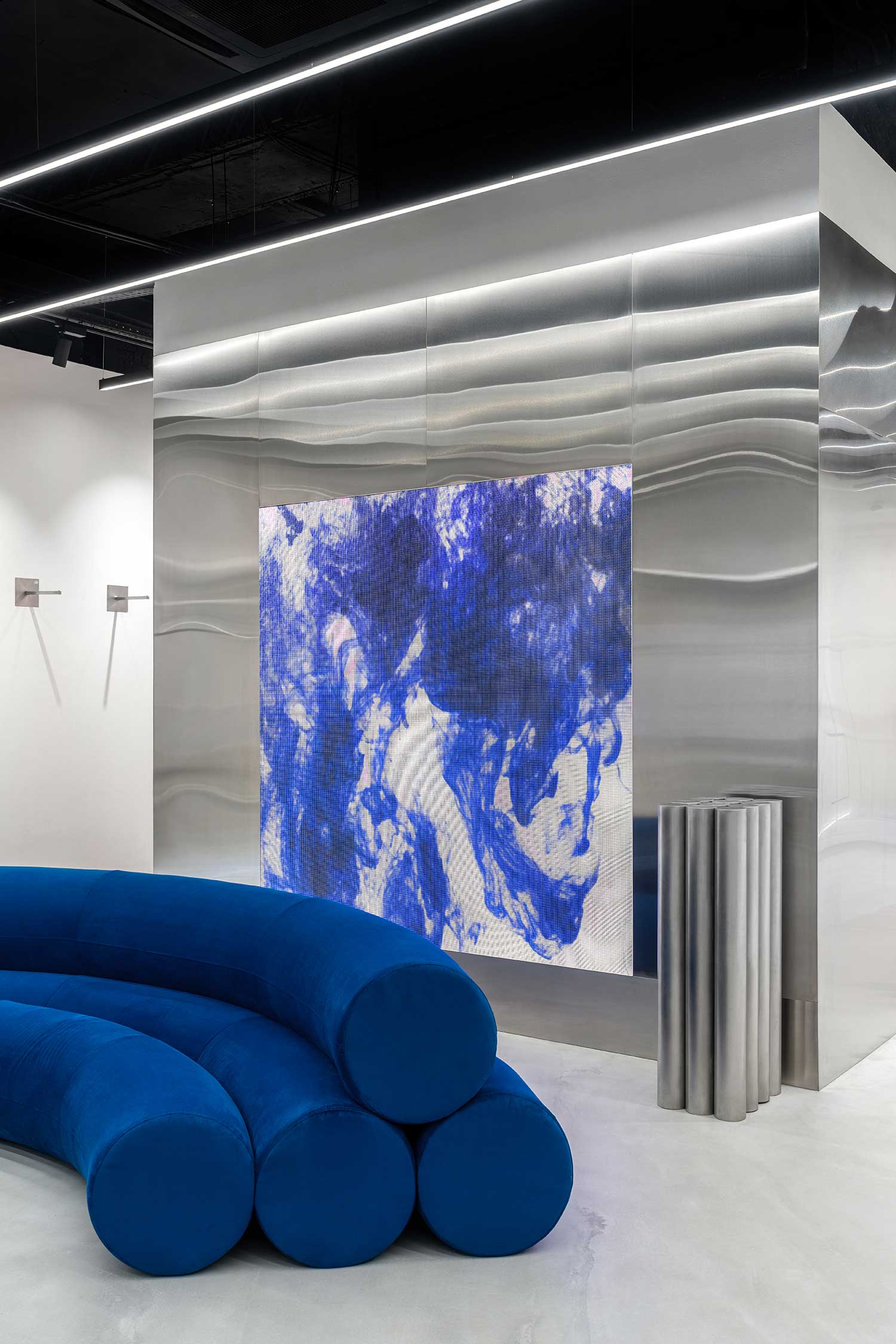 The reception desk, imitating a massive stone block, is a metaphor for nature, which definitely breaks into our accelerated life. Yet, the value of nature remains constant both in urban reality and sterile meta-simulation. It is a kind of reminder that you can always stop to breathe, recharge your batteries, and experience life to the touch. 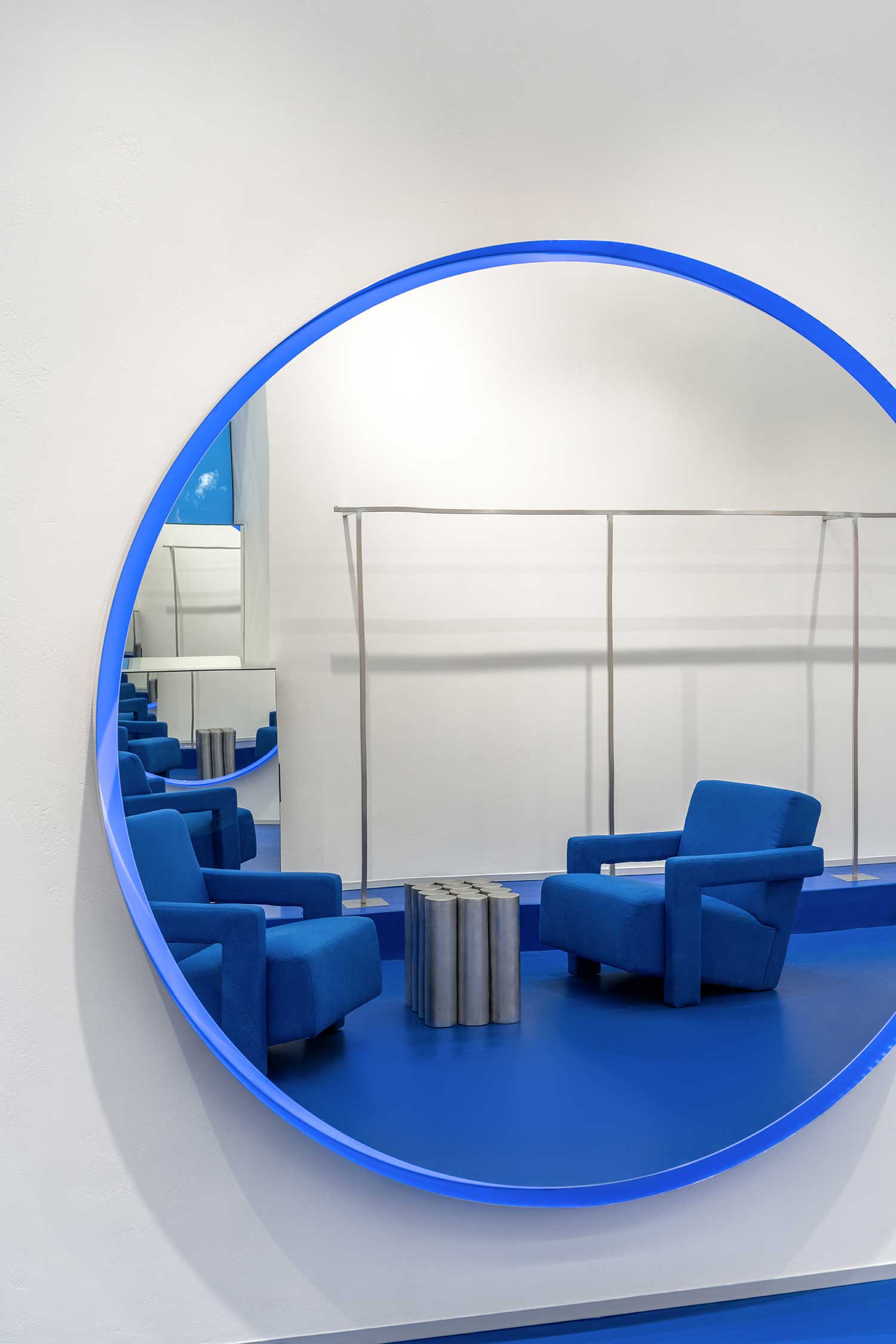 Mirror and metal surfaces became another element echoing nature. They offer store visitors a variety of Instagrammable angles. “Mirrors of various shapes and configurations give additional air and blur the physical boundaries of space. For me, mirrors and steel surfaces are a metaphor for a lake, a river, or gasoline stains in a puddle on the asphalt. Water is my inspiration, a living substance that I can observe endlessly. Natural luxury that we do not always appreciate,” says Anastasiia. 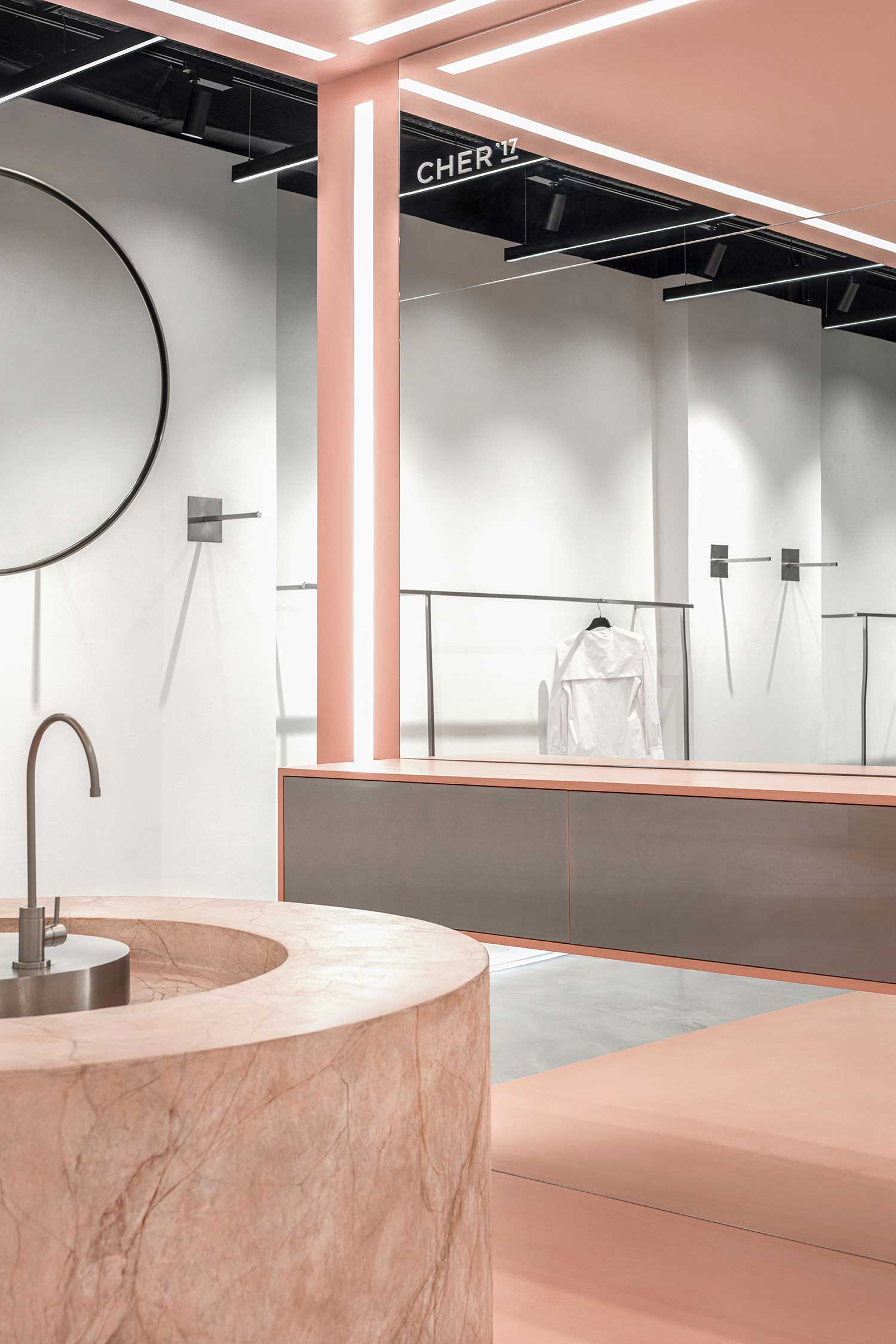 The store’s space has an elongated shape and is divided into three zones. The central element of the first hall “Living Room” is a massive blue sofa assembled from long cylindrical shapes. Behind it is a LED screen for brand content. The shape of the couch resonates with metal tables made of cut pipes and soft poufs in the fitting room area. 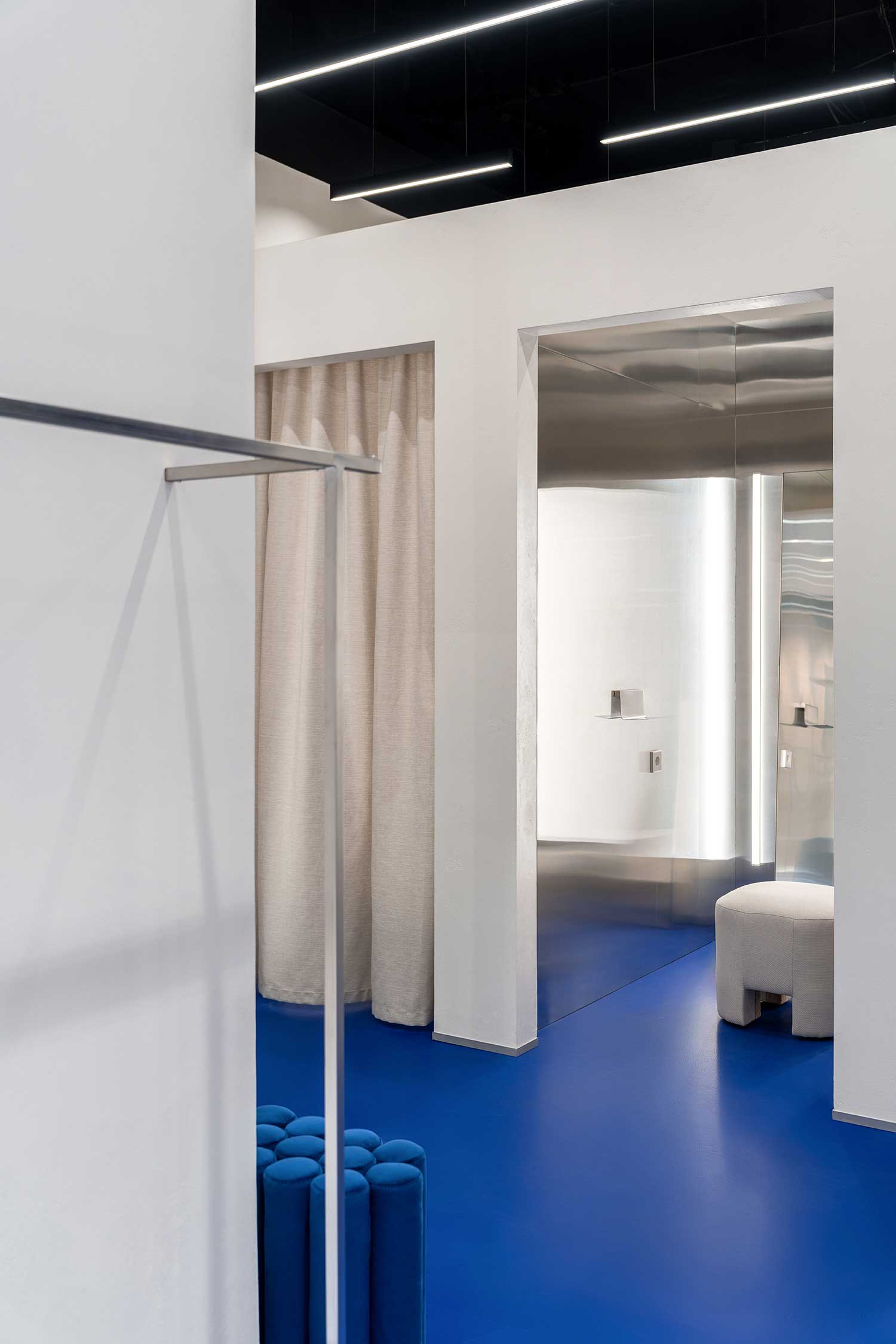 The second hall “Boudoir” has pale pink walls and a podium. In the middle of the hall stands a pink marble sink with two faucets: one with water and one with sparkling wine. Shopping with friends is not only about trying on and buying clothes but also about socializing and enjoying life.

In the third zone “Cabin of a private plane”, which is located in the depth of the hall, the saturated ultramarine shade of surfaces and furniture dominates.