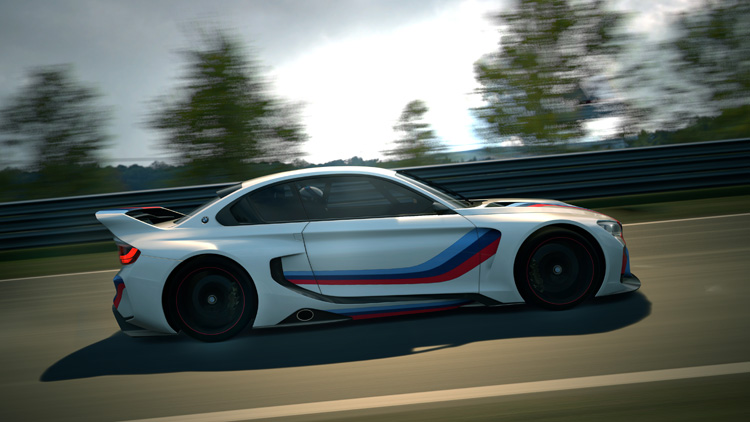 Following in the tradition of the successful BMW touring cars of the 1970s, the BMW design team has created an uncompromising road racer for the modern era. Crisp proportions and a dynamic silhouette give the BMW Vision Gran Turismo the appearance of speed, even standing still. 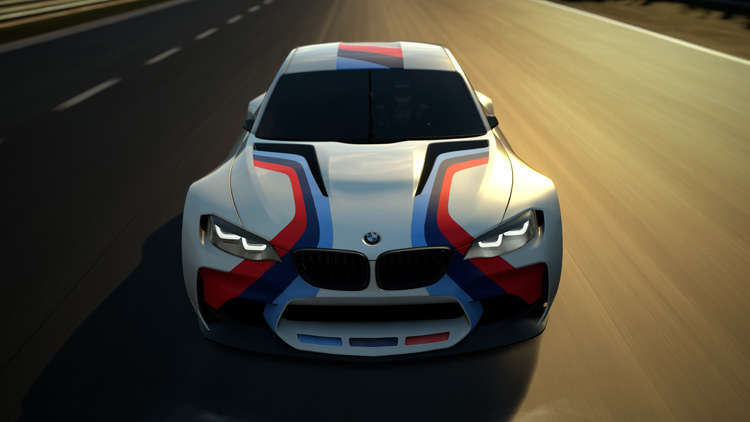 Front and rear spoilers ensure optimum down-force, while all air conduction elements reduce drag and lower the vehicle’s total weight through the use of carbon fibre. The paint finish in BMW M colours traces the flow of the airstream, recalling BMW Motorsports successes. 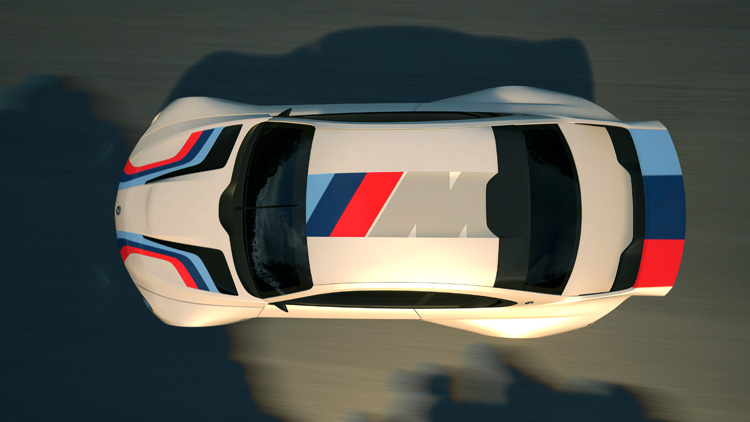 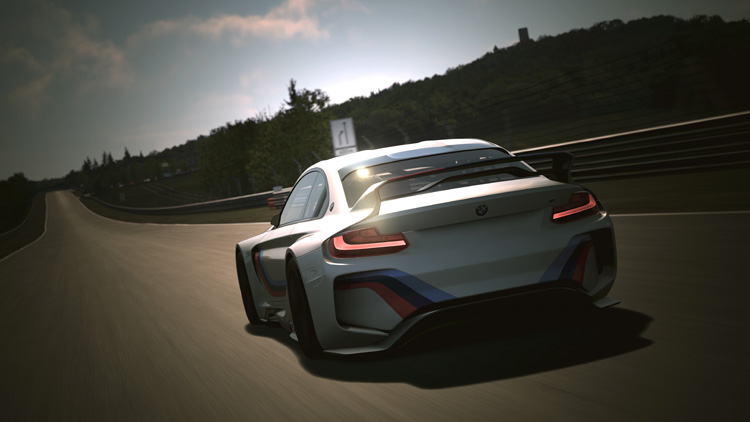