At the annual GTI festival at Wörthersee, Austria, Volkswagen erases the boundaries between the virtual and real worlds unveiling the GTI Roadster, Vision Gran Turismo. This stunning show car based on a Golf GTI was originally created as a purely electronic dream for the Sony PlayStation3 classic “Gran Turismo 6”. 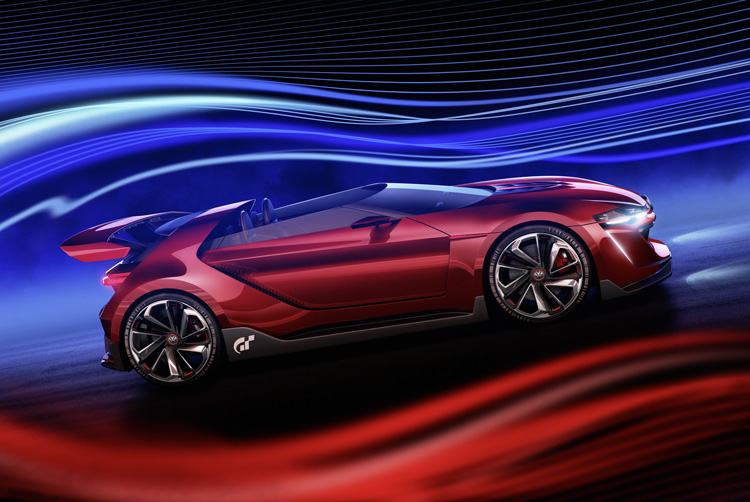 The power of the TSI engine is transferred to the 20-inch wheel-and-tire combination via a seven-speed DSG dual-clutch automatic transmission and a 4MOTION all-wheel-drive system. The lightweight, 3133-pound sportscar sprints from 0 to 60 mph in an estimated 3.5 seconds and goes onto a top track speed of 192 mph. 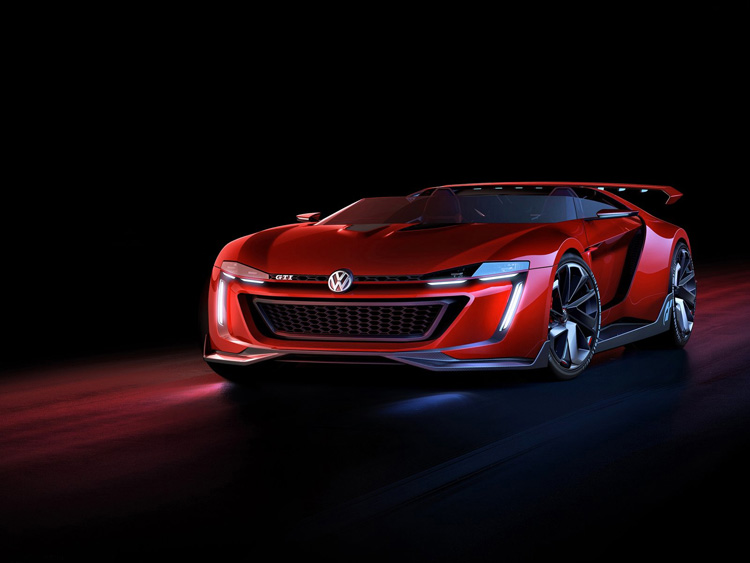 Viewed directly from the front, the roadster looks like a Golf GTI—except, one from the future. The GTI front end has a three-dimensional design with bumper elements that appear to hover and a splitter that is designed to increase downforce at the front end. Classic Golf GTI design elements such as the prominent VW badge, the red radiator cross strip, and GTI logo are offset by dual LED headlights and LED daytime running lights that have an unmistakable light signature. 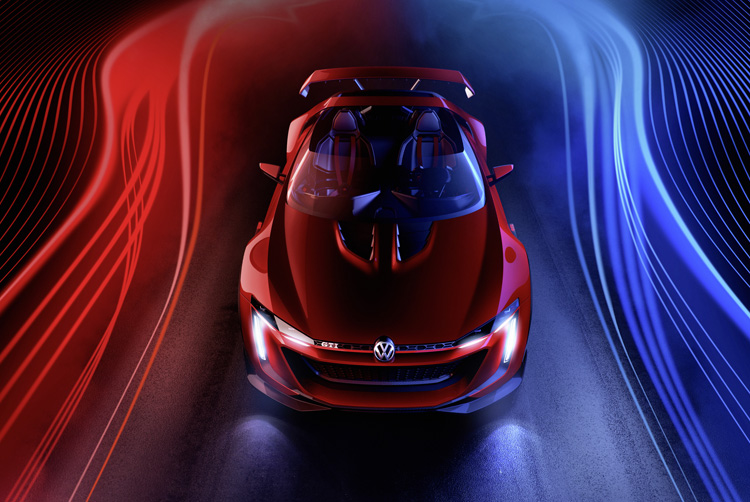 Viewed from the rear, the carbon blades at the front continue uninterrupted across the side skirts and into the rear section as a wrap-around element. At the rear, they serve as aerodynamically optimized air ducts. The rear diffuser is highlighted by metal slats and two low-slung rear lights. The trapezoidal dual exhaust tailpipes (with GTI badge) are positioned in the middle of the car above the diffuser. Adding to the layered look at the back are the narrow three-dimensional lights and the spoiler above it. 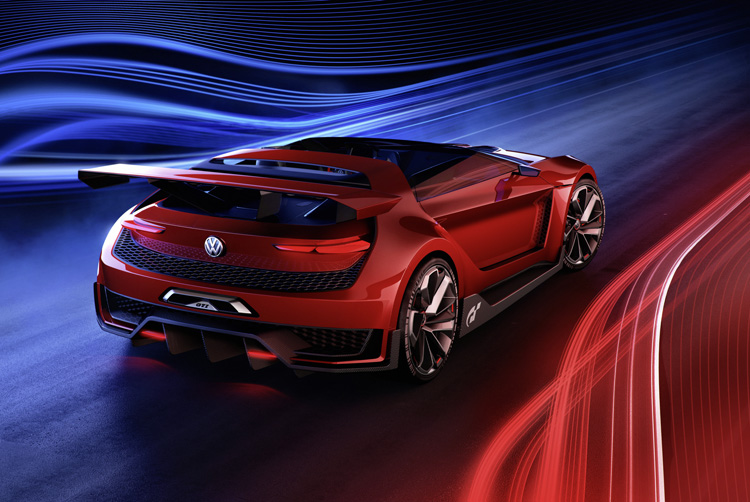 The driver and passenger sit in a dual carbonfiber monocoque. The two sides are partitioned by an open bar that ascends from rear to front, with a fire extinguisher beneath it. The GTI Roadster is equipped with two race-style buckets, placed low.

Another motorsport-style feature is the cockpit display mounted directly to the steering column, far ahead of the driver. The steering wheel is mounted on a very long, exposed steering column, which is typical of a race car, too. Designers located the red, illuminated rotary light switch and shift paddles to the left and right of the steering wheel’s central axis, so the driver never has to move his or her hand off the wheel. 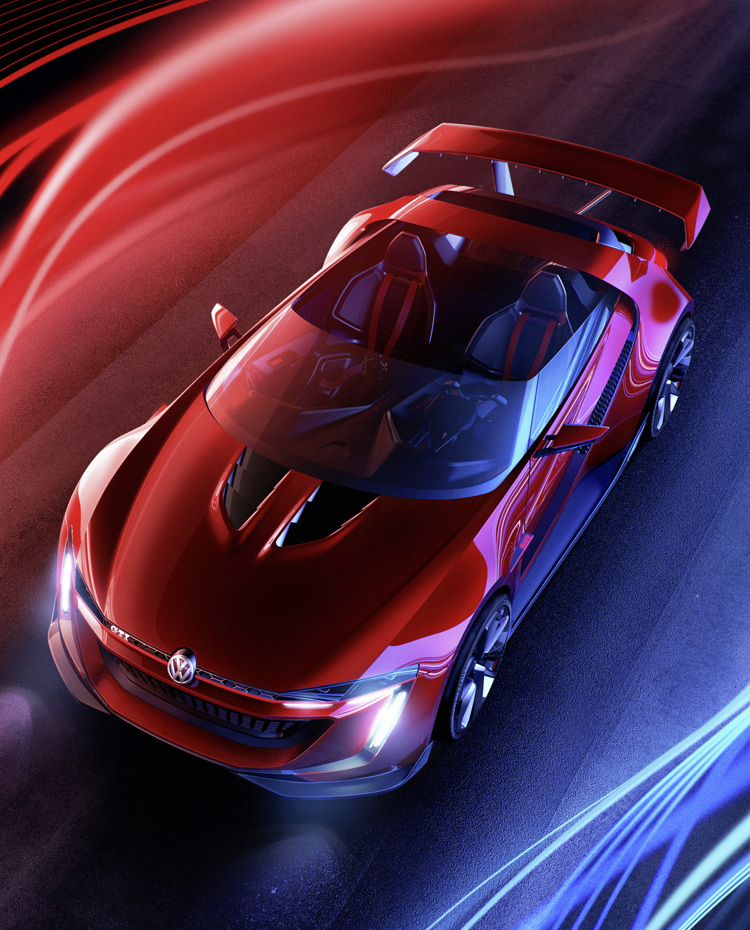 all images courtesy of VOLKSWAGEN