Artist Diemut Strebe and a team of scientists have realized a living replica of Vincent Van Gogh’s ear, grown from tissue-engineered cartilage, containing natural genetic information about him as well as genetically engineered components. 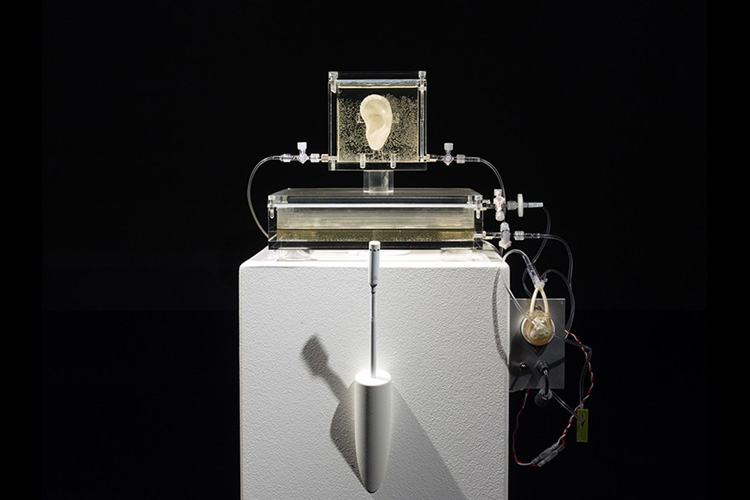 The ear exhibit at ZKM Karlsruhe, Germany, is one of a series of a limited edition, each piece visually of the same appearance, but made of different scientific components, that refer to the principle of replacement carried out to various degrees of scientific advances and evidence replicating in the living art piece 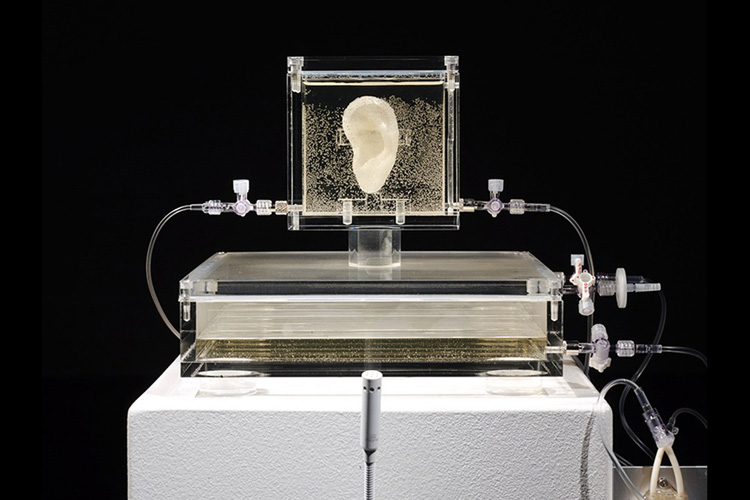 Visitors can speak to the ear through a microphone system. The input sound is connected to a computer processor, using a software program to generate simulated nerve impulses from the sound signal in real time. They mimic sounds recorded from an electrode inserted into the auditory nerve, when firing.

The ear will be on show at ZKM karlsruhe, germany until july 6th, 2014. 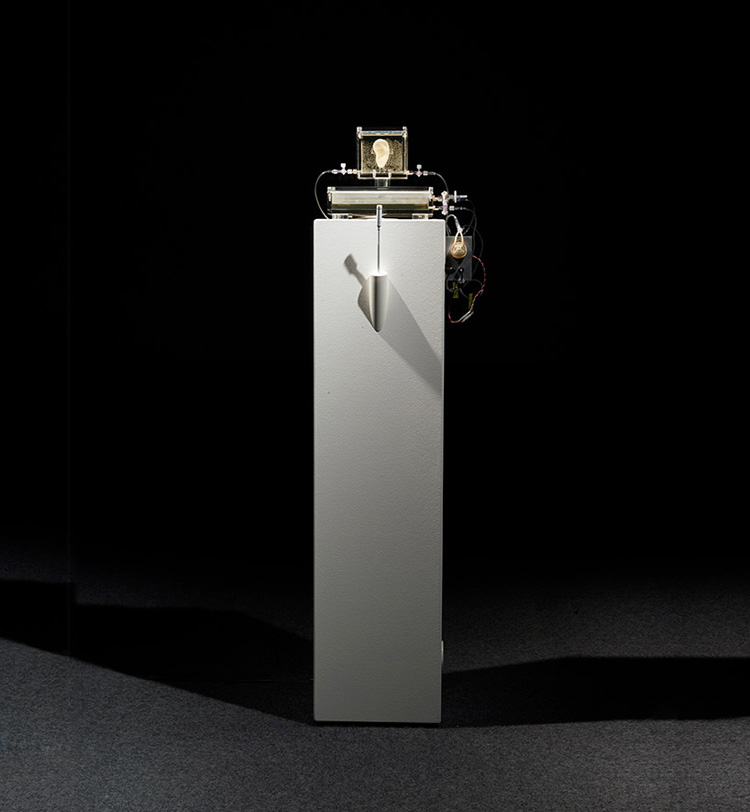 all images courtesy of DIEMUT SREBE