F-TYPE Project 7, the latest model in Jaguar‘s acclaimed F-TYPE sports car range, is set to make its debut at the 2014 Goodwood Festival of Speed on 26June. Its distinctive roadster body, introduced in concept form last summer, pays tribute to one of the most famous and iconic racing Jaguars: the three-time Le Mans winning D-type, which in 2014 is celebrating its 60th anniversary year. F-TYPE Project 7’s name pays homage to Jaguar’s seven outright Le Mans wins. 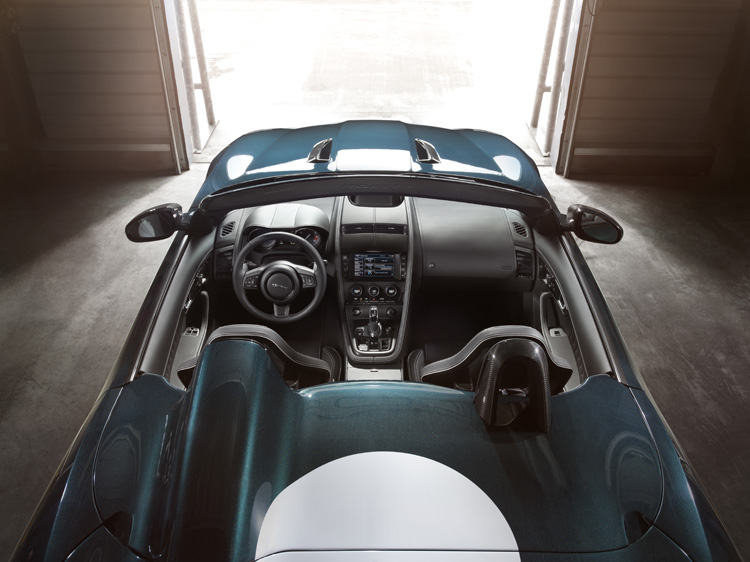 This street-legal model should be one of Jaguar’s fastest ever cars thanks to the 575-horsepower 5.0L V8, which will propel the car from 0-60 mph in 3.8 seconds before topping out at 186 mph. 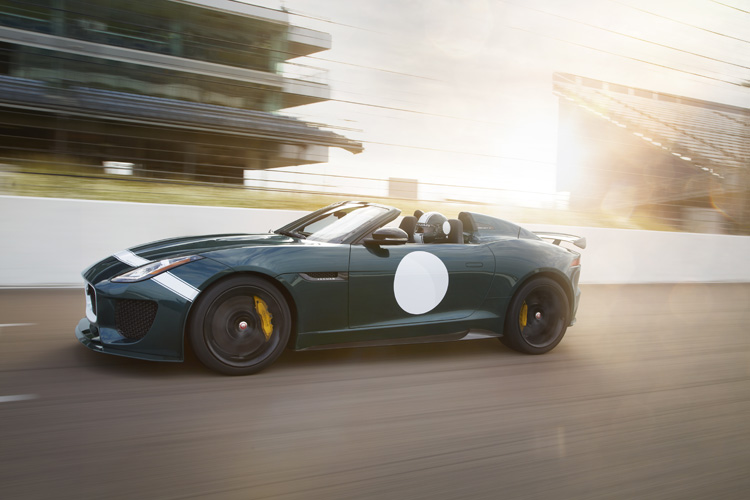 Key design elements include the D-type-inspired fairing behind the driver’s head, shorter windshield, new front bumper, and downforce-increasing aerodynamic modifications – including a carbon-fibre front splitter, side skirts, rear diffuser and adjustable rear spoiler. However, the single-seater concept has been transformed into a two-seater, with rollover hoops for both driver and passenger now integrated into the design. 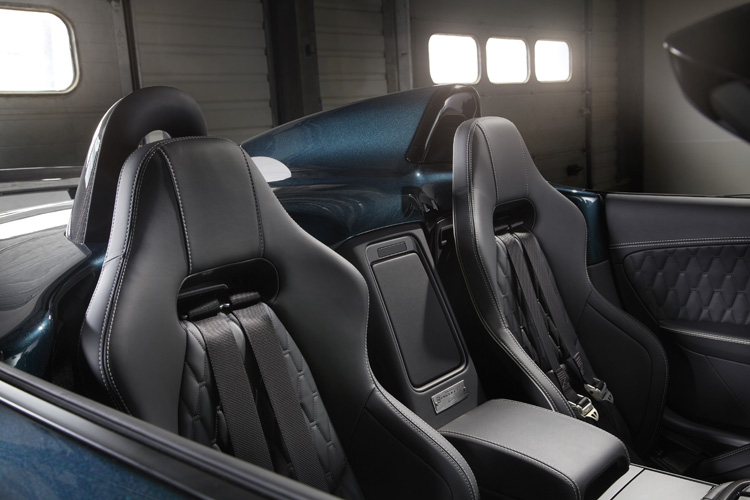 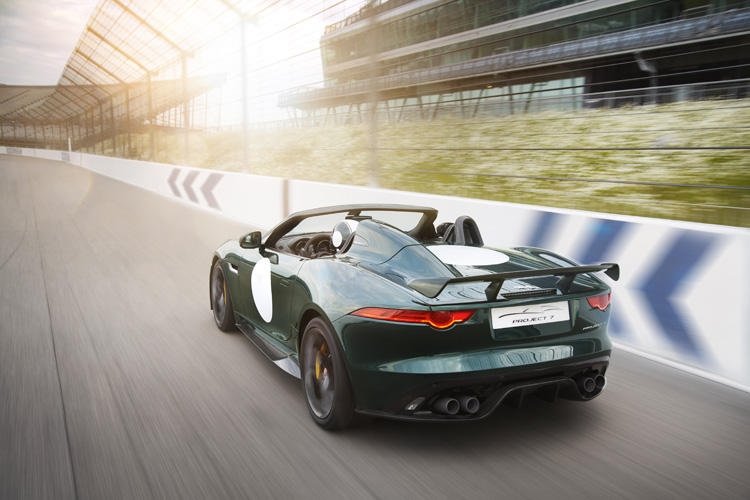 all images courtesy of JAGUAR