A team of researchers of the Institute for Advanced Architecture of Catalonia (IAAC) have developed Minibuilders, a family of small construction robots that could 3-D print a large-scale structure. Each of the robots has been developed to perform a diverse task, linked to the different phases of construction, finally working together as a family towards the implementation of a single structural outcome.

The first robot, the Base Robot, lays down the first ten layers of material to create a foundation footprint. Sensors mounted inside the robot control direction, following a predefined path. 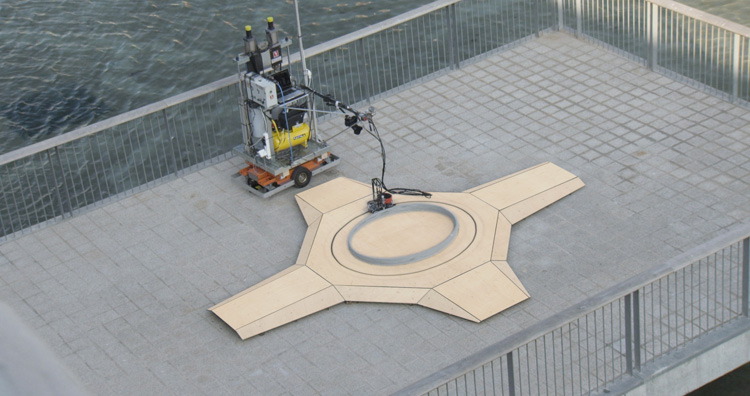 To create the main shell of the final structure the second robot, the Grip Robot, attaches to the foundation foot- print. Its four rollers clamp on to the upper edge of the structure allowing it to move along the previously printed material, depositing more layers. The nozzle moves dynamically allowing for greater accuracy of the material output, to create a curved surface the material output will be incrementally offset. 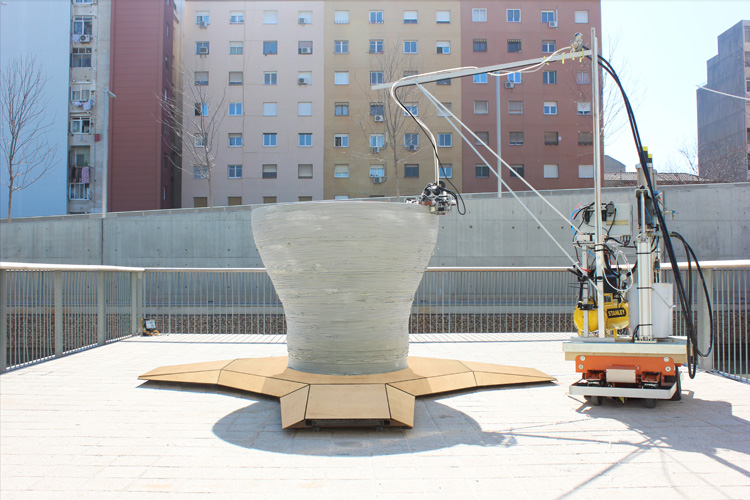 Heaters, integrated into the robot’s structure increase the local air temperature to influence the curing process. Controlled by custom software the robot follows a predefined path, but can also adjust its path to correct errors within the printing process. Rotational actuators control height above the previous layer to maintain a consistent layer. 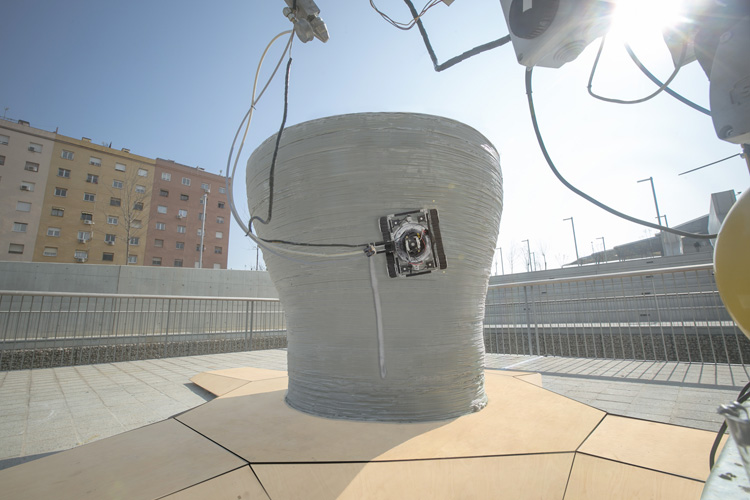 The third and final robot, the Vacuum Robot, reinforces the shell printed by first two robots. It attaches onto the surface by using a vacuum generator and a suction cup. This robot moves up and down the construction repeatedly printing material at an almost perpendicular angle to the other layers, thereby providing strength reinforcement to the structure.